Given a certain level of quality, the value of any licensed tie-in game comes down to the same questions. Are you a fan? How big a fan are you? Sure, some tie-ins are so wretched that even hardcore fans shouldn’t bother, while a few – like RockSteady’s Arkham games or the Starbreeze Riddick titles – are so good that it really doesn’t matter. With most, however, you need to be a fan to make splashing out worthwhile.

Well, Naruto Shippuden: Ultimate Ninja Storm 4 makes that question absolutely crucial. If you are a fan of Naruto and the Naruto Shippuden series in particular, then it’s hard to imagine a game going further to bring you the storylines, ninja battles, heroes, villains and migraine-inducing bombast of the anime. If you aren’t, you’ll find it inaccessible, baffling and occasionally tedious. Basically, if you’re not a fan of the teen soap meets apocalyptic ninja wars series, don’t apply.

If you are, then sit yourself down and enjoy the feast. 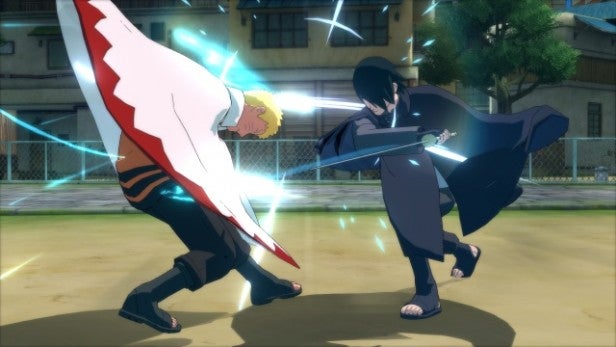 Ultimate Ninja Storm 4 – rather bringing into question how ‘ultimate’ Ultimate Ninja Storm 1, 2 and 3 were – splits the action up into three main game modes. The first and most important, Story, follows the events of the series through a string of battles, following one or more characters along branching, sometimes parallel, storylines. What this really comes down to for each chapter is watching several minutes of lengthy anime or still frame cut-scenes, all nicely scored and voiced, interrupted by fights or the occasional quicktime event. Win that chapter’s fights and you’re rewarded with more cut-scenes before the next chapter opens up. Depending on the chapter, you’ll possibly spend more time watching than actually playing.

The cut-scenes alone can be bewildering, but the real shocks start when a fight kicks off. For one thing, the combat takes place in full 3D arenas from a range of anchored camera angles, so it takes a while just to orient yourself to that. For another, Ultimate Ninja Storm 4 doesn’t play out like any conventional fighting game. Quick attacks have a part to play, but this is really about maintaining awareness, well-timed blocks and counters, moves that shift you quickly into position and charged and combo moves that dish out huge amounts of damage. You can easily spend your first few battles getting ass-whipped without knowing what on Earth just went wrong. 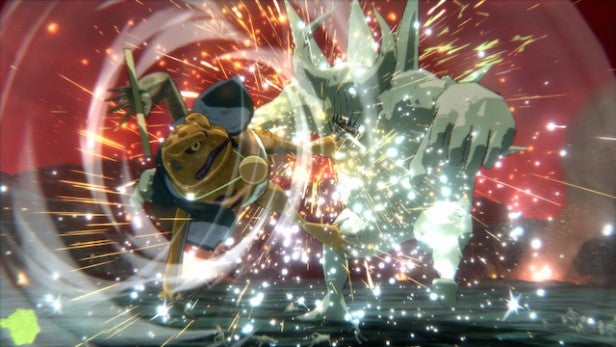 When things begin to come together – and the Story mode does a pretty good job of ensuring that they will – you slowly come to understand the controls and mechanics, while victory becomes a whole lot easier. You’ll learn to deal with fast place-shifters, powerful enemies and those gits who use weird, floating puppets to attack. You’ll unleash your own spectacular mega-attacks, each one specific to a certain character or, in the dominant tag matches, group of fighters. There are chapters that mix things up with restrictions, wall-running enemies or enemies that can spawn armies of clones. And when the power levels build up and your fighters start hurling huge, apocalyptic, planet-blasting, forest-smashing, Godzilla-sized specials at each other, you’ll appreciate Ultimate Ninja Storm 4’s desire to do things at a larger scale.

There’s some complexity here too. Different fighters have very different abilities and need to be paced in a way that suits their style. Different teams produce different attacks and different effects. It takes a while to get your head around the tag system, where you can call in your supporters to deal out damage or take one for the team, leaving you unscathed. When you do, you’ll see that there’s more strategy here than you might think. 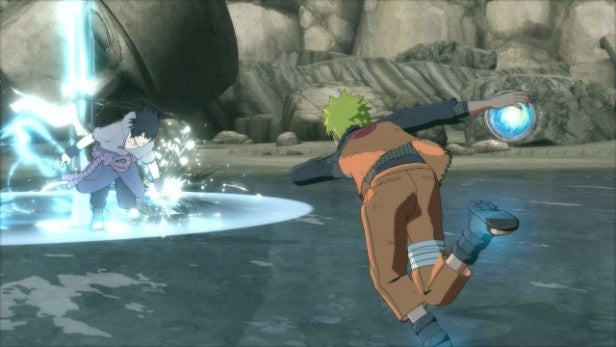 In fact, you can even forgive the intrusion of a stream of quick-time events. Some turn an ordinary battle into a weird kind of boss battle, while others finish off the fight in appropriately climactic style. In Ultimate Ninja Storm 4 they just feel part and parcel of the hyperbolic drama. Amazingly, they work.

Complete Story mode – or just ask the main game menu nicely – and you unlock Adventure mode: an oddball light RPG adventure where turn-based battles are replaced by straight-up arcade scraps. Again, it’ll be fun for Naruto devotees, but a bit twee and tiresome for anyone else. Beyond that you can take part in standard versus, tournament or challenge battles, or go online to take on Naruto fans around the world. Bandai Namco seems to be doing a good job here. Not only is the action smooth, but matches are easy to find and we’re promised regular updates and special events. 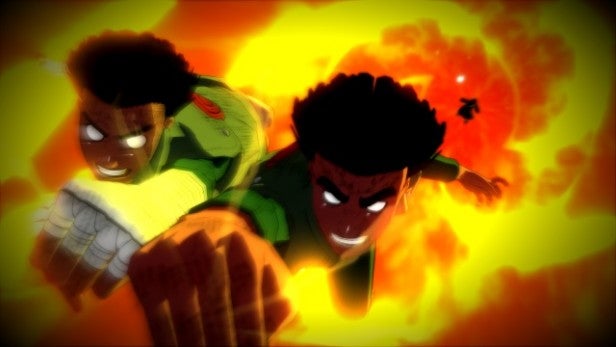 If you get into it, there’s an enormous quantity of content on offer here, with over sixty different fighters covering a range of different ninja disciplines and attack classes. If there’s a character you loved in the series then they’re pretty much a cert to turn up here. There are inevitably questions about how well they’re all balanced – some seem more unstoppable than others – and the downside of so much breadth is a lack of depth. Will you find the same layers of skill and strategy when playing Sasuke or Kakashi that you would playing Street Fighter V’s Dhalsim or Ryu? It’s hard to say.

But while you’re finding out there’s plenty to enjoy, not least the visuals which do an absolutely fantastic job of bringing the anime to life in all its retina-searing, screen-splitting, hopelessly OTT glory. Say what you like about Ultimate Ninja Storm 4, but you’ll struggle to find another anime tie-in that works harder to put you right in the thick of the original cartoon.

Verdict
Ultimate Ninja Storm 4 is a love letter to the series’ fans. They’ll get the most from the elaborate, in-depth story mode, vast character roster, endless string of collectibles and sightseeing Adventure mode. They’ll also appreciate a slick online game with the promise of continuing support. If you’re not a fan you’ll be less tolerant of the story mode’s tiresome and protracted cut-scenes, while the mechanics, views and 3D arenas create a steep initial learning curve. If you love Naruto buy it. If you don’t, this isn’t where you jump onboard.