The Nacon Pro Compact Controller is a great wired controller for those on a budget, including some decent, accessible customisation options through the software. It’s small and compact, making it comfortable to hold – but that can impact button travel and comfort for prolonged usage.

With custom controllers for both next-gen consoles costing a ten-a-penny these days, it’s genuinely surprising to see how affordable the Nacon Pro controller is currently available for.

It’s roughly the same price as an official Xbox controller from Microsoft, but Nacon’s offering is wired as opposed to wireless, with software-driven customisation, in a slightly smaller overall design

This particular Nacon controller is designed specifically for the Xbox, while also supporting PC. But is it one of the best game controllers you can buy right now?

One of the first major things to note about the Pro Compact is the fact it lacks a little bit of body and stature next to the standard Xbox pad; it felt a a smidgen narrow for my hands.

In terms of build, the Pro Compact is dressed in the standard hard plastic you’ll find covering the majority of budget controllers. There’s very little in the way of soft support, apart from the textured rubber tops of the thumbsticks. The criss-cross textured back is designed to help the Pro Compact feel relatively comfortable in hand; it feels alright, but some rubberised grips would certainly have been welcome.

The Pro Compact’s smaller stature has resulted in a slightly dinkier D-pad, and also some smaller triggers and shoulder buttons on the top. This results in travel that isn’t as pronounced as usual. These are made of a more glossy, hard-wearing plastic and offer decent tactility and a satisfying click when pressed down.

Its only the A-B-X-Y buttons that feel slightly out of kilter to the Pro Compact’s overall size, feeling bigger next to everything else on this controller. Oh, and the super-long 3m, USB-A-ended cable for plugging the pad into either an Xbox or a PC is really handy if you’re couch is a distance from your monitor or TV.

Having tested the Pro Compact across a fair number of games on both Xbox Series X and PC, I’m happy to say that the little guy doesn’t half pack a punch.

In running some laps on Project Cars 2, or crashing through the countryside on Forza Horizon 4, the Pro Compact performed pretty well, offering decent feedback as I smashed through fences or punted unwitting opponents off-circuit for fun. Its vibration is plentiful – but it’s a bit noisy, which can be jarring at first.

The smaller triggers and shoulder buttons were barely noticeable in my hours of testing, as I was still able to perform my usual move of flicking open the weapon wheel quickly to find the right firearm. Controller layout was also noticeably pleasant, offering a familiar experience, albeit with that texturing on the controller’s reverse helping comfort.

Where the Pro Compact wins against the vanilla Series X or One controller is the customisation it offers through Nacon’s own software, comprising some of the usual stuff you’ll find in the settings menu. This includes the ability to remap buttons for every game, as well as changing the trajectory and sensitivity of analogue sticks in order to suit the game you’re playing.

This isn’t some marketing ploy, as I first anticipated. There is a difference between – for instance – the FPS and default modes; there’s a tad less sensitivity in the former, in order to take advantage of more precise aiming. Or, within the Arcade Fighting preset, which operates on the steepest of curves, providing practically instantaneous response times to any inputs.

It’s a similar story with the triggers as well, with both RT and LT’s travel being customisable to suit presets. The FPS setting proved particularly useful for Doom Eternal, in part because I only needed to press the trigger down halfway in order to shoot at the same speed as 100% input would usually offer. Nacon also offers the ability to turn the vibration off completely, invert the triggers, and fiddle with controller dead zones. 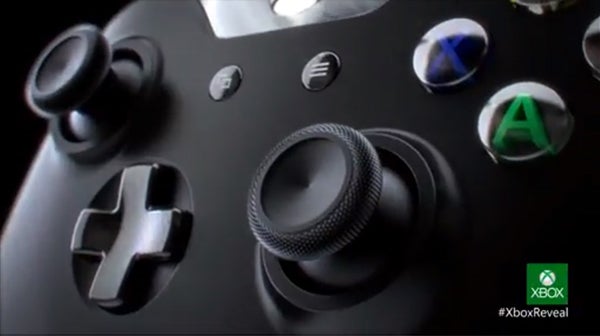 You want an affordable and customisable controller:
The Nacon Pro Compact Controller is one of the cheapest third-party controllers available that features so many customisation options.

You want something wireless with physical customisation:
While the software customisations are great, you can’t swap in new physical buttons. It’s also a pity that you’re limited to a wired connection.

Nacon’s first effort to make a controller for the green side of console gaming has gone remarkably well. It offers some nice customisation options and has a smaller form factor. However, it’s worth noting that the vibrations could be a little too much for some, and can take some getting used to. Plus, the fact there’s little rubberised support means comfort levels may wane in prolonged gaming sessions.

What platforms does it work with?

For the most part, yes.

No, it uses a wired connection.

A small area around a controller's thumbstick that doesn't respond to stick movement. These can be adjusted in settings to allow for more or less precise inputs.