Our second Live Arcade victim is more your left-field game; an HD conversion of the indie classic N. Of course, when I say HD I don’t want you to get too excited about the graphics. One man’s stylised is another man’s ugly, and if you take a look at the screenshots here and recoil in horror, then N+’s deliberately stripped-back visuals could be an insurmountable barrier for you. Your ninja now has a nice red headband and you’re presented with a scrolling screen, not a single static window, but otherwise any differences between this and the Flash original are minimal. 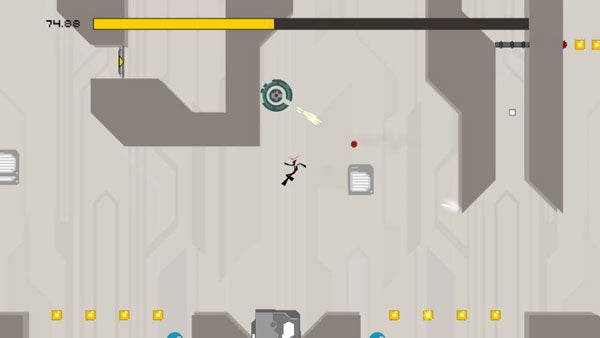 The setup is also simple. You play a stick-figure ninja who has to escape from each level within a specific time limit. Each level has a door, one or more switches which may need activating before you can go through it, and a whole load of platforms, explosives, impossible climbs, sheer drops and roving enemies in the way. N+ is a game whose roots belong firmly in the eighties platform games found on the Atari 800, ZX Spectrum and Commodore 64. If you’ve played the original Lode Runner, Impossible Mission or Manic Miner, then some of the territory will be familiar.


N+ does things with a twist, however. Beneath the basic graphics it’s actually running a fairly sophisticated physics system, and your ninja’s movement and the whole level design is organised with this in mind. Much of the gameplay is a case of observing how the forces of gravity, friction and momentum work on your ninja, then applying those to the architecture of the level so that you can collect as many of the time extender dots that litter the level as possible, while activating and getting through the exit door. 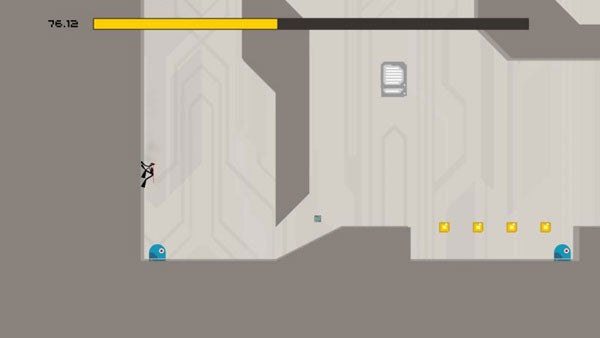 Your ninja can, of course, leap from platform to platform, but he also dies if he drops too far. To counter this you can use friction, dragging against the sheer face of a platform to slow his falling speed, or wall jumps to leap to another platform. What’s more, your route will be complicated by bombs, nasty little electrocuting spheres, automated cannons, guided missiles and a range of other nasties. On top of that, you’ll have bouncing platforms and springboards to navigate. In a way, then, N+ is also a bit like a 2D version of Portal (though keep in mind that N came first). While your platforming skills are important, you need the kind of brain that can break down the level, analyse the various components and then work out the right approach to take.

The key thing here is control. Surprisingly, N worked pretty well on just your basic keyboard setup, but N+ is actually an improvement, making some fine use of the analogue stick to tweak your various jumps and wall-jumps and ensure that you make a safe landing. The levels, too, are ingeniously designed. Sometimes you will find yourself thinking that this one must be impossible, but then a solution will steadily emerge from the fog. The key thing is to experiment and to try and control your temper. Of course you’ll die, but at least the 2D rag-doll physics will make the various explosions and crushing impacts look entertaining. Just keep a cool head and, if at first you don’t succeed… 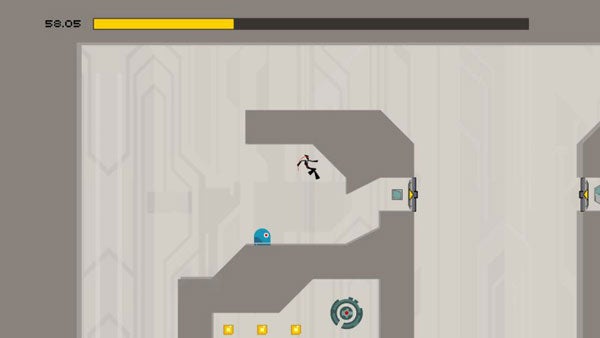 If we were only talking about its single-player mode then I’d have to say that N+ was a bit of a small-scale delight. However, the game has also been enhanced with a range of multiplayer options. You can race against other players or play a last man standing survival game on specially created maps, or work with another player through some new co-op specific levels. Is it likely to take over from Halo 3? No, but if you can find a few friends and persuade them to try N+ you can certainly wile away a few hours.


On top of that, N+ also squeezes in the PC original’s grid-based level editor. It’s very simple to use, and we can only hope that the trend for creating DDAs comes over from the PC. These Don’t Do Anything levels are levels which propel the ninja through from start to exit in spectacular fashion without the player having to touch a control, using springboards, moving blocks and other mechanisms. 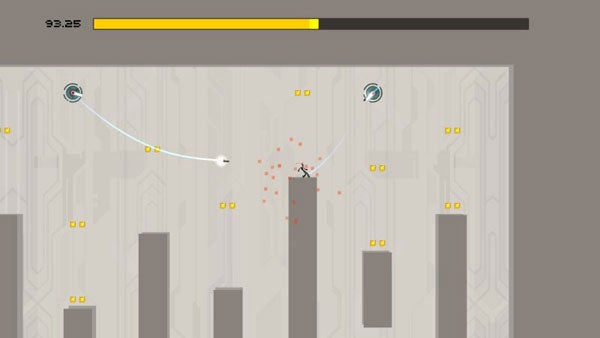 Admittedly, the nearly £7 entry fee rankles a little when you can get basically the same game on your PC for free, but arguably the multiplayer modes, excellent controls and enhanced presentation make it just about worthwhile. Try it, get hooked and then decide is our advice – but make sure you try it at least.


It’s not the prettiest game, but a compulsive slice of retro-flavoured action with a modern physics engine underneath. Give it a go.