Hands-on with the MyKronoz ZeTime, a smartwatch that combines a touchscreen with traditional watch hands

There are a few valid complaints when it comes to smartwatches today and one of those is nailing the timekeeping aspect when you’re not swiping through messages or dismissing notifications.

The simple act of telling the time or appearing like a watch when not in use is still a problem. The Apple Watch Series 2 turns its display off and while many Android Wear watches, alongside the Samsung Gear S3, feature always-on-displays, these are sometimes a pale imitation of the standard colourful, vibrant watchfaces they display when in use.

MyKronoz has tried to get around this by integrating traditional watch hands for those times when you want your smartwatch to look just like any other traditional analogue timepiece. Doing this, which is a first, took some engineering expertise to drill a hole into the centre of the round TFT display. 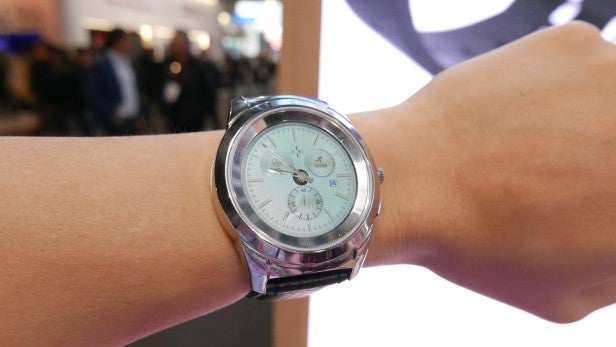 It means the ZeTime to the casual observer looks just like a standard watch, in a similar approach to what Withings and Misfit have taken with their hybrid smartwatches as of late. But unlike those two, you’ll have greater versatility thanks to that colour touchscreen.

It means being able to read messages and see notifications in a more meaningful way than the Withings Steel HR or Misfit Phase that had to find alternative ways to display notifications without a large digital display.

The ZeTime has a 1.22-inch 240 x 240 resolution TFT display. It’s not going to compete with some of the pricier flagship smartwatches out there, but it looked bright and easy to read even if a little low-res. The ZeTime comes with either silicone or leather strap options, but can also take 22mm watch straps. 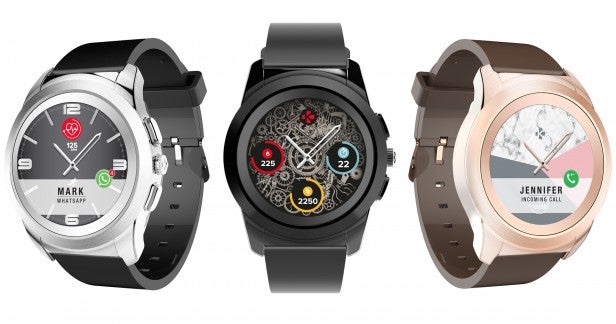 The stainless steel watch case felt really nice in my hands and you can see some of its Swiss design inspiration. There are different colour case finishes, too. 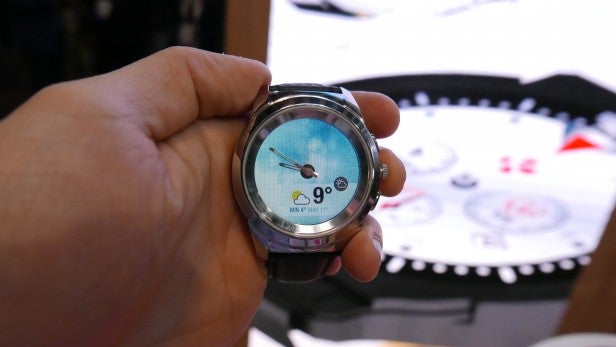 Unfortunately, the ZeTime watch at MWC was only an early prototype, so was stuck in demo mode, so it’s too early to judge what the interface will be like. Sarah Brault, MyKronoz’s Chief Marketing Officer told me that the custom software – no Android Wear here, folks – will deliver the usual notifications, messages, calendar events and caller ID you would expect. You can also expect media playback controls as well. 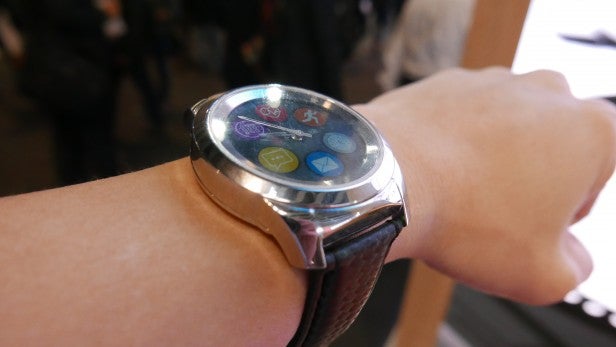 When you need to interact with the touchscreen, the analogue hands will point to 3 and 6 so they don’t obstruct your view as much. The crown on the side of the watch will also rotate, much like the Apple Watch, letting you scroll through messages and navigate the watch’s interface. There are buttons you can customise as shortcuts, too. 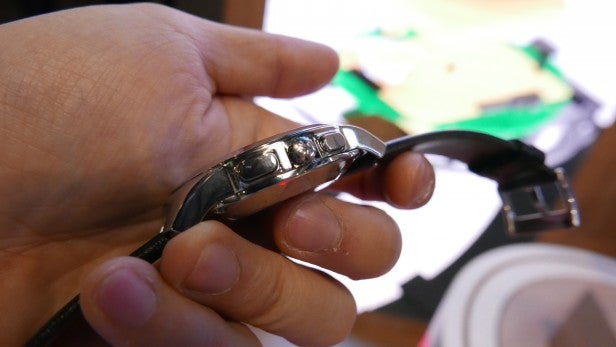 On top of the smartwatch functionality, MyKronoz is including fitness and activity tracking, as is becoming the norm for anything adorning one’s wrists. There’s an accelerometer inside for step and sleep tracking and an optical heart rate monitor on the back. The ZeTime can work with either iOS or Android companion apps.

So what about all-important battery? MyKronoz says the smartwatch functionality should last for about 3 days on a single charge, but the mechanical hands can last up to 30 days.

The MyKronoz ZeTime looks like a good-looking watch and having analogue mechanical hands is an innovative solution to one a long-standing smartwatch problem. It would be all the more impressive if the Huawei Watch 2 wasn’t just shown off at MWC, which boasts an ultra power saving mode that shows not only the time but also the steps you’ve taken, turning it into a basic fitness tracker.

Still, for those that like the look of a traditional watch and find the notification management of the Withings Steel HR or Misfit Phase still too basic, the MyKronoz ZeTime may well be a watch worth keeping an eye on. Considering it’s launching at €199, with a release date in September, it’s competitively priced, too. All that remains to be seen is how well its software performs but, for now, colour me intrigued.