What is the mydlink Pro Wire‑Free Camera Kit?

Featuring two weatherproofed cameras and a base station with a 200dB loud siren, on paper at least, the starter kit appears to offer an ideal way to secure a small flat, part of a house, or garden. A generous one year of free cloud storage makes it an even more enticing offer.

For the most part, the mydlink Pro Wire-Free Camera kit will meet casual users’ needs. However, minor issues with its connectivity and features stop if from dethroning the Arlo Pro as our wireless recording solution of choice. 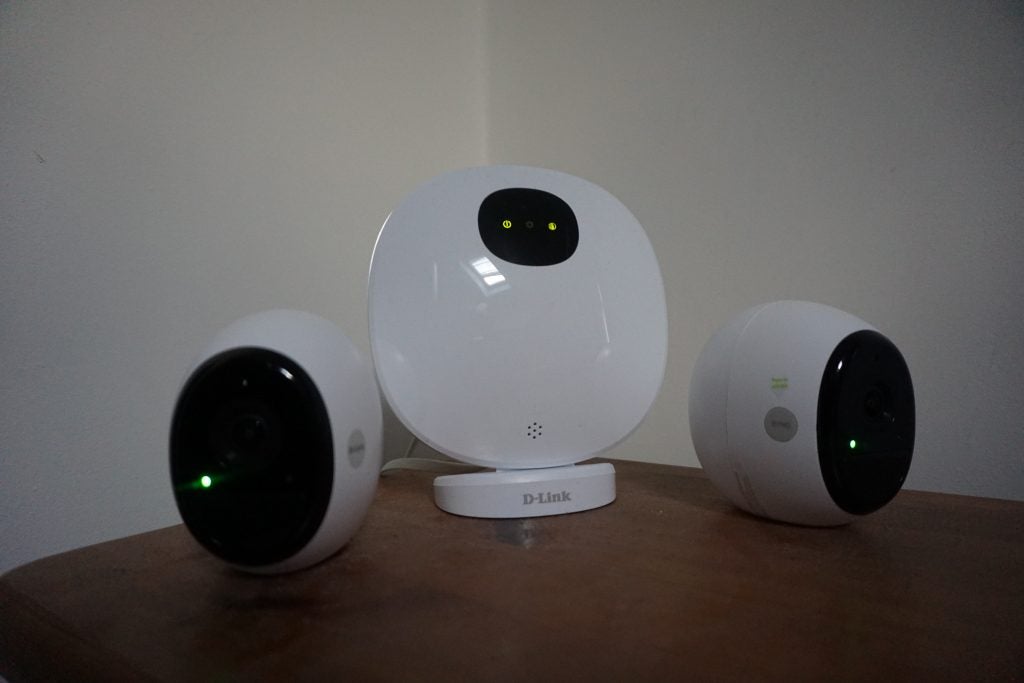 Out of the box, the mydlink kit comes with two cameras, two flat magnetic mounts, a single wall-screw mount, charger and the base station – plus all the fittings you’ll need to screw the cameras into your wall. Note that it’s easy enough to free-stand the cameras and hub on any flat surface, if you don’t want to drill holes into your walls.

As an added bonus, one or both of the cameras can be setup outside, too, since D-Link has designed the main cameras to meet IP65 weatherproofing standards. The only downside if you do, though, is that you’ll occasionally have to de-mount the units to charge them using the included micro-USB charger every now and then.

Given my experience using the kit for over a month, you won’t have to do this too frequently if you’re just using them for basic monitoring. After a full charge, both will generally last a fortnight before requiring a top up – something to keep in mind if you regularly go on extended breaks.

Much of the kit sports a pretty standard look, featuring a white, rounded-edged construction that’s designed to look as unassuming as possible. The camera units aren’t the smallest, though, measuring in at 85 x 66 x 85 mm.

The setup process is about as easy as you can get. Simply plug in the central hub/siren into the mains and your router, install the mydlink app, and run through a series of on-screen commands. The entire process took me around five minutes. 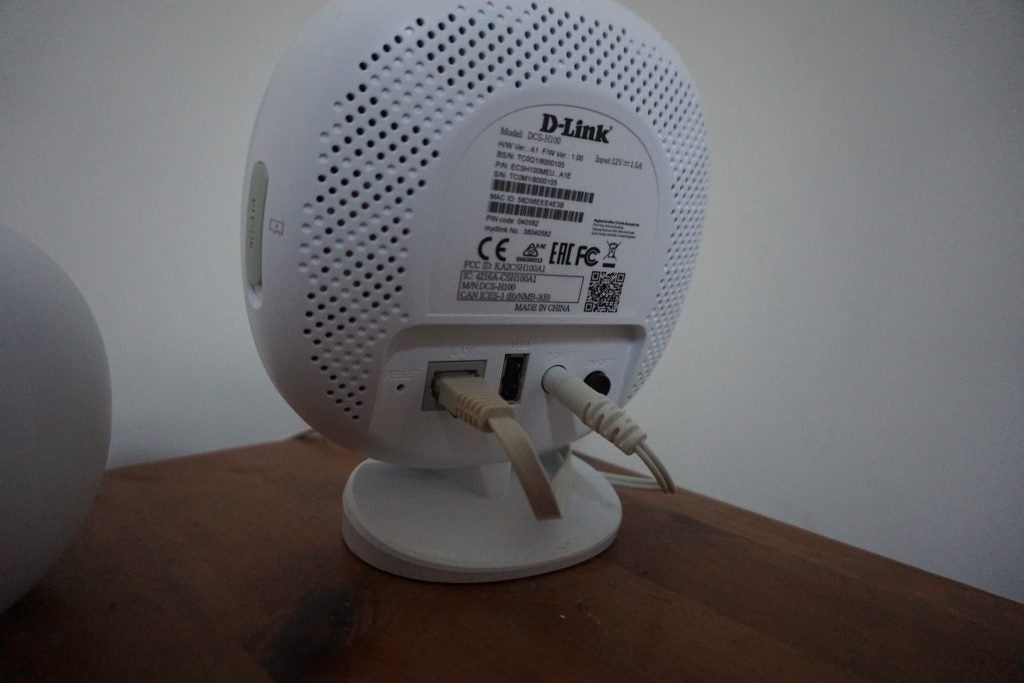 Once set up, the D-Link app’s UI is simple to navigate, almost to a fault. The homescreen features links to all the online devices connected to the hub, and the view interface for live recordings from the 1080p cameras is only a click away.

Elsewhere, the app is split into “one tap” Event and Settings submenus. Out of the box, the one-tap modes are pretty self-explanatory: a Home setting puts the cameras into Privacy mode and stops them recording and an Away mode activates motion and sound detection. Clicking into the camera feed also has intuitive options to take photos, start recording or speak through the cameras.

If all you want is a basic security camera or a way to talk to your pet during the work day, the feature set is more than good enough. Try to do any more than that and things become difficult; you’ll see a few key features are missing from the mydlink Pro Wire‑Free Camera Kit.

For starters, it doesn’t have any form of face recognition or geofencing built in. The automations are limited to privacy (off) and motion/sound recording. I can forgive the lack of facial recognition, which allows you to set the device to ignore certain people, but geofencing is a bit of a pain. Geofencing is a great feature that enables you to tie the kit to your phone’s GPS and set it to turn on motion recording when you’re away, and disable it once you’re back.

Another key issue is that the apps automation process is so barebones, it doesn’t let you do anything specific, such as instruct it to only pay attention to a particular part of its field of view. If you’re using the kit indoors then this isn’t too much of a problem. But it’s annoying outside. When I set up outside my front door, the inability to instruct the device to ignore the public pavement meant I was spammed with alerts throughout the day, eventually leading me to quickly bring the device inside. 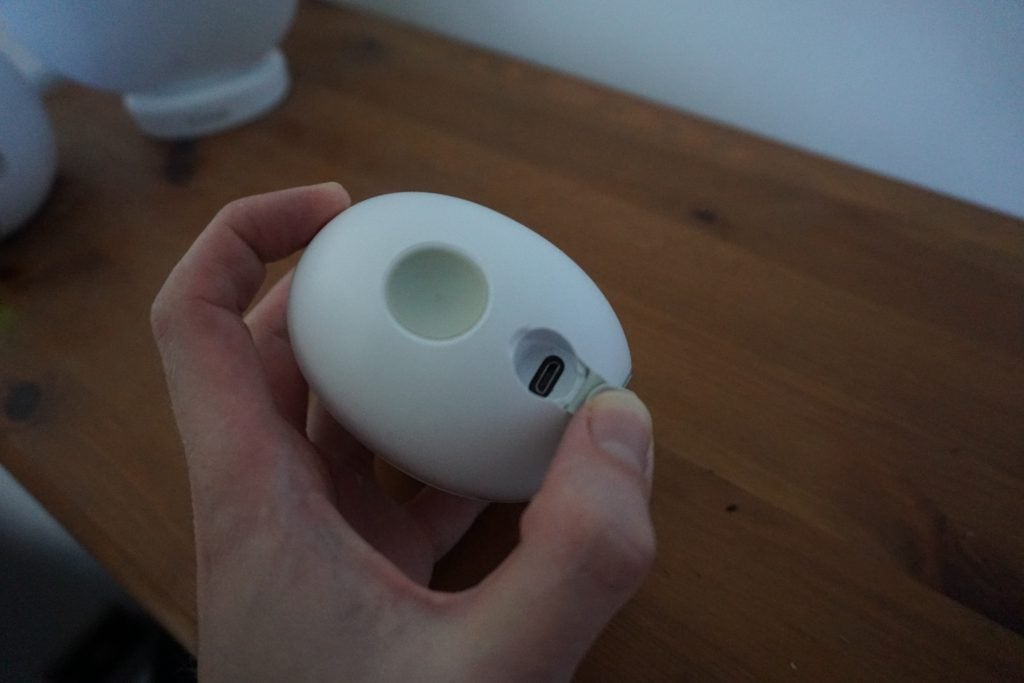 Performance is great except for one key issue: the kit only supports the 2.4 GHz: 802.11n wireless standard. For non-techies this means it doesn’t support the faster Wi-Fi signals you’ll get on modern routers.

Connecting to the cameras can be a slow and laborious task as a result. Whenever I tried to react to an alert, or check one of the cameras, I’d regularly be greeted by  an error message – or three-plus minutes of wheel-spinning before the feed loaded.

This is a shame, since performance is otherwise pretty solid. The two-way mic works pretty well, which is a bonus if you plan to use the cameras to talk to people at your door, or as a baby monitor.

The only downside is that you can’t set the camera to focus or ignore certain types of sounds. This is a key selling point for more advanced Wi-Fi cameras, such as the Nest Cam IQ, which can intelligently detect the difference between a dog barking, say, and a window breaking and therefore react accordingly. 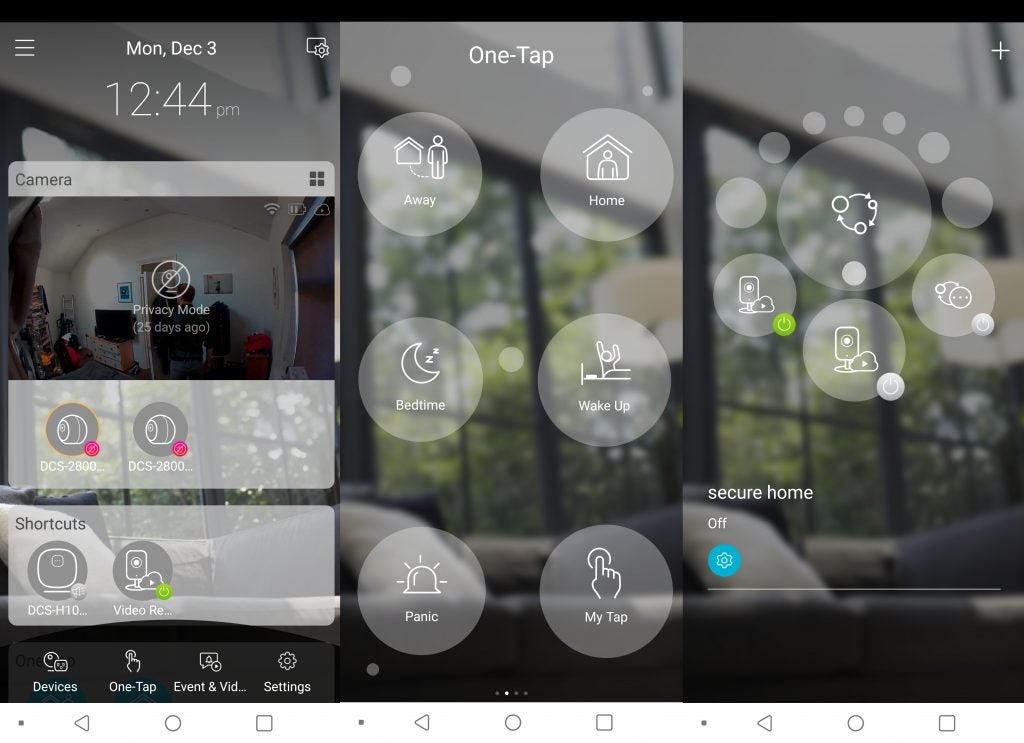 The only features that can be manually adjusted on the mydlink Pro Wire-Free cameras are their overall sound and motion sensitivity. At its highest, the cameras’ PIR motion sensor will throw up an alert and start recording if a pin drops. With prolonged testing I found the out-of-the-box setting to be a happy medium, where the cameras picked up loud noises, significant changes in light and movements, but ignored moving clouds or falling rain, for example.

When it comes to storage, D-Link has been fairly generous. Every kit comes with a 12-month subscription to D-Link’s Premium Cloud Recording Plan, which lets you store an unlimited amount of alert videos for up to 14 days. The plan’s usual price is £49.99 per year.

The app also makes it quick and easy to locally save footage to your phone, tablet or computer. Both cameras have SD card slots, so you can create another backup locally if you want.

Video quality is solid. Footage captured in 1080p looks sharp and is more than good enough to identify individual faces. The 4x zoom also makes it easy to focus on particular areas remotely – to the point that when I was receiving random alerts, I was eventually able to identify a mouse in the distant background as the culprit.

Quality drops when the cameras enter night vision mode, but is far from the worst I’ve seen. Captured footage remains sharp enough to make out people’s faces and moving objects that are a few metres away – which is a boon if you’re using the kit for security purposes.

The only minor quibble I have is that colours on captured footage are a little cool, and viewing angles aren’t as wide as those of competing devices such as the Arlo, which remains Trusted’s outdoor Wi-Fi camera of choice.

The kit works with IFTTT, although be warned that the number of applets available is limited. For the most part, they offer the same functionality you’ll find in the main mydlink app. So for anything more advanced you’ll have to invest some time tinkering.

Like the Nest Cam IQ, the kit also offers Google Assistant and Alexa support. This lets you broadcast the camera’s footage to kit such as the Echo Show or Echo Spot or a TV/monitor with a Chromecast plugged in. Personally, I haven’t found myself taking advantage of the functionality that often, but I can see some people finding it useful, particularly if they want to check out captured footage on a larger screen. 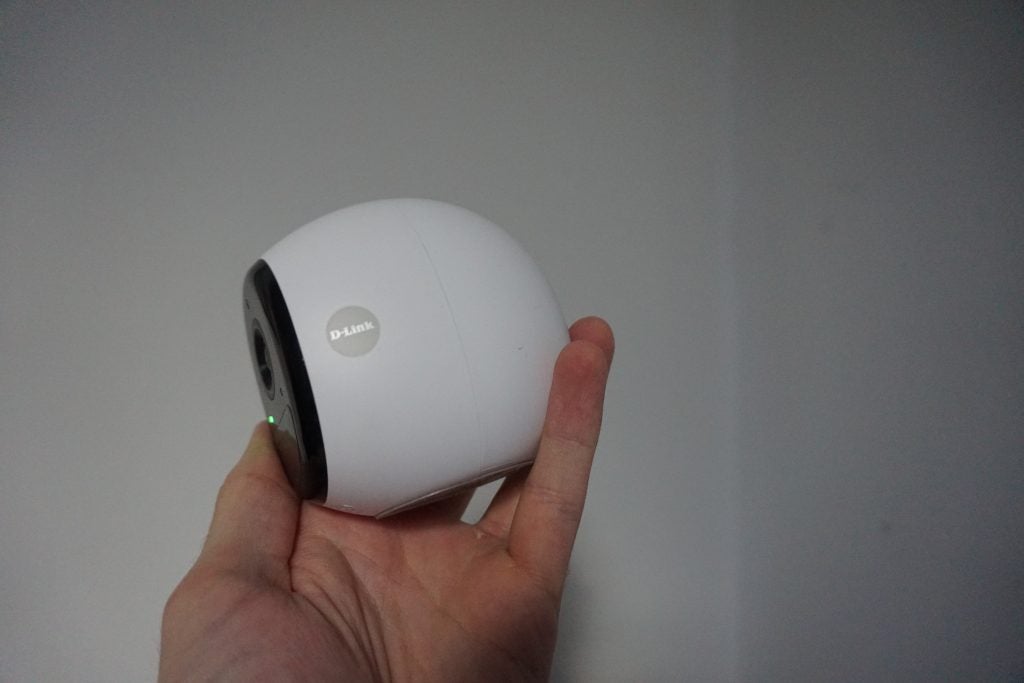 If you’re after a cable free Wi-Fi camera system for basic home monitoring, you could do a lot worse than the mdlink Pro Wire Free Camera Kit. The pack comes with all the tech you need to monitor a small flat, or front and rear of a house’s entrances/gardens.

However, niggling flaws with its connection speeds and oversimplified control system make it feel a little too basic for more serious users – and a step behind competing products such as the Arlo Pro and Nest Cam IQ range, which are admittedly more expensive.