What are the Musical Fidelity MF100?

The Musical Fidelity MF100 are on-ear headphones from a company better-known for making seriously expensive audio hi-fi equipment. They cost £120 and have a sound signature that strives for accuracy.

However, they are not the easiest-going of headphones. 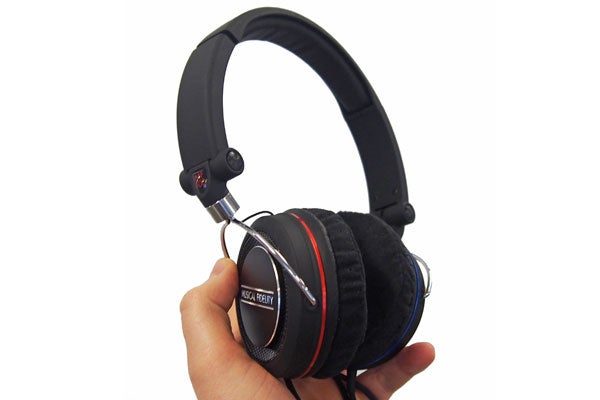 The Musical Fidelity MF100 are portable headphones. Their cups sit on your ears rather than encompassing them and they have a single-piece headband that doesn’t stick out too much.

These factors are key to making a good-looking portable headphone. However, the Musical Fidelity MF100 are a bit odd-looking. They are part-covered by a perforated metal grille but are actually closed-backed. There are red and blue strips that advertise the left and right cups too – not the smoothest move.

The Musical Fidelity MF100 don’t look or feel all that sophisticated, but they are made out of materials we’d expect at the slightly elevated £100-off price. There’s metal on show here, not just plastic. The headband is plastic and the cups a mix of soft-touch plastic and metal – used in the rear logo plates and the arms that attach the cups to the headband. 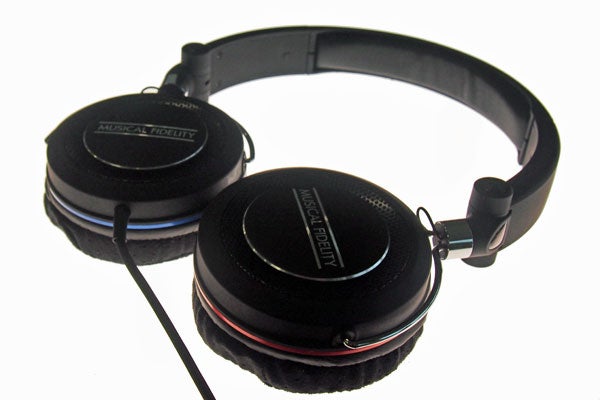 Comfort is not that great. The cup padding is high-quality, but the softness of the cups hasn’t been adequately balanced against the tension of the headband. The Musical Fidelity MF100 use quite a lot of tension, and as a result they squash your ears. Comfort is a tricky thing to achieve in an on-ear headphone and the MF100 have not aced it. However, the elasticity of the headband is something that may alter over months of use – some mild consolation.

Features-wise, the Musical Fidelity MF100 are fairly basic. The cable is non-removable, and while there’s a handsfree housing on the cable, it only has one button, not three. This maximises compatibility with different types of phone, but means you can’t change volume with it.

What the Musical Fidelity MF100 does have that’s is quite rare in headphones is two different types of earpads. There are perforated faux-leather pads and felt-topped pads. Getting them on and off is not all that easy, but they do offer a different feel, and different sound. The felt pads are generally more comfortable. But neither is heaven in headphone form.

And neither provides particularly good noise isolation. We don’t think the Musical Fidelity MF100 are particularly good for public transport. They don’t leak sound anywhere near as much as an open back set like the Sennheiser HD 650, but they’re not hugely adept at blocking out ambient noise either. This sort of so-so isolation is common among on-ear headphones, and is something we saw in the Sennheiser Momentum On-Ear.

As well as the headphones and the two pairs of earpads, you get a fabric case and a 6.3mm adapter with the Musical Fidelity MF100. 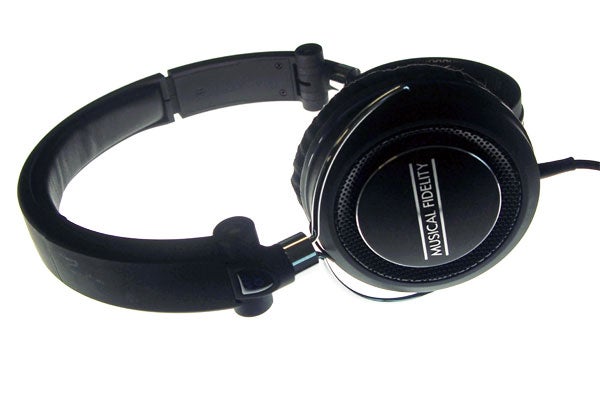 The Musical Fidelity MF100 have 41mm dynamic drivers – around the normal size for this type of headphone. Their aim, according to their maker, is to “let you hear all of the original music – with nothing added, nothing taken away.” It’s a solid aim that deliberately marks it out as a headphone that’s not all about thumping bass.

It’s a bit surprising, then, that the bass response is what impresses us most about the Musical Fidelity MF100. The low-end is not over-emphasised – there’s no bass bloat – but it is punchy, deep and authoritative.

The tonal balance they claim to have is no joke too. Bass, mids and treble are all fairly well juggled to bring a signature that doesn’t feel out-of-kilter with Musical Fidelity’s not-insubstantial heritage. 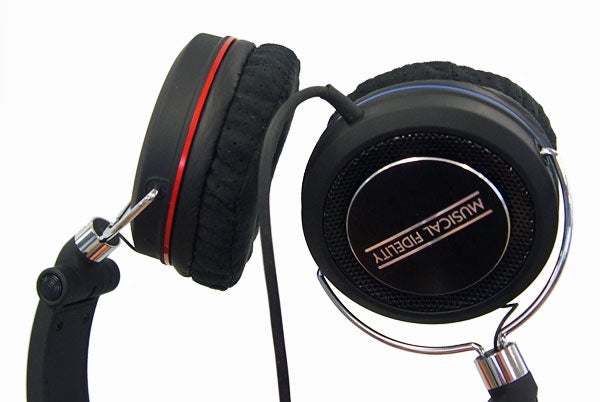 However, they are far from perfect. The treble is oddly coarse despite not being unduly prominent or hugely critical. It is what ensures the MF100 don’t have a particularly ‘pretty’ or sweet sound. It tends to make vocals sound brittle, and the synth stabs of dance music sound fatiguing.

The felt earcups appear to help this a little by relaxing the sound slightly, but the good bass and problematic treble are what come to define the Musical Fidelity MF100 sound throughout. It’s a shame as the soundstage is quite decent for a set of on-ear headphones. 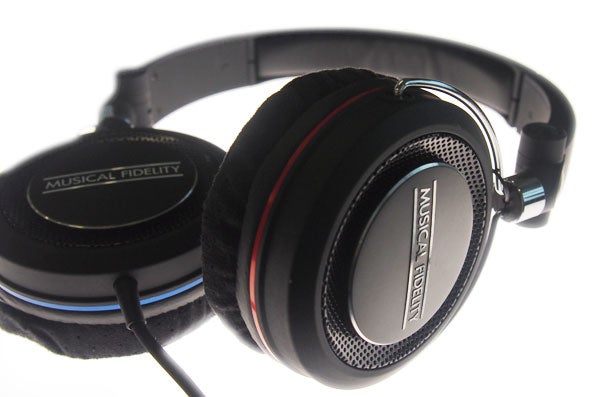 Should I buy the Musical Fidelity MF100 Headphones?

There are several positive elements to the Musical Fidelity MF100. We like the inclusion of two sets of earpads and the dedication to a flat frequency response.

However, we’re not convinced Musical Fidelity has necessarily put enough effort into how the MF100 actually sound. Rather coarse, at times harsh, treble spoils what would otherwise be a fairly successful first attempt at an on-ear set from the company.

At the price there are too many compelling alternatives for the MF100 to earn our recommendation. The Grado SR80i and AKG K451 are cheaper and easier to live with, while the Sennheiser Momentum On-Ear and more comfortable Bowers & Wilkins P3 aren’t expensive enough to rule out entirely either.

The Musical Fidelity MF100’s aims of making a pure, accurate headphone are on the money. However, their execution leaves something to be desired thanks to coarse treble and so-so comfort.

Next, check out our round-up of the best headphones.