Musical Fidelity is a British hi-fi brand that usually makes audiophile-grade equipment costing thousands of pounds. The arrival of its first headphones, the Musical Fidelity EB-50, is something to be excited about. They may be odd-looking, but they do deliver on their promise of sound for discerning ears.

The Musical Fidelity EB-50 are unusual-looking earphones. Their bodies are large cynlinders of aluminium, machined with different finishes and textures. Part criss-cross, part anodised, part brushed-effect, that they look different is no accident. They want to stand out. 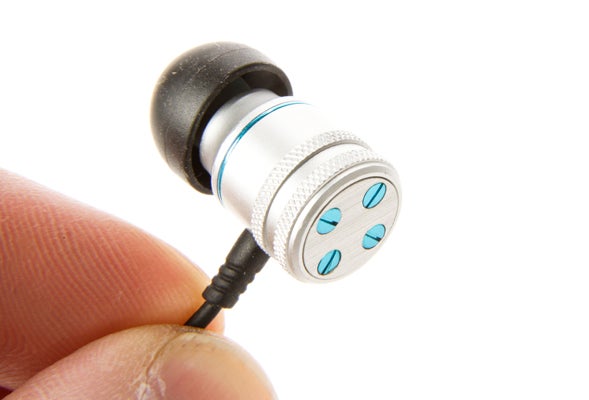 Build quality is excellent, the only seams appearing around the backplate of each earpiece, seemingly held on by the coloured screws that are an important part of the Musical Fidelity EB-50 look. The tradition of colours signifying left and right channels here is used to full effect. Rings and circles of red and blue atop each earpiece finish off the alien visual trimmings here. 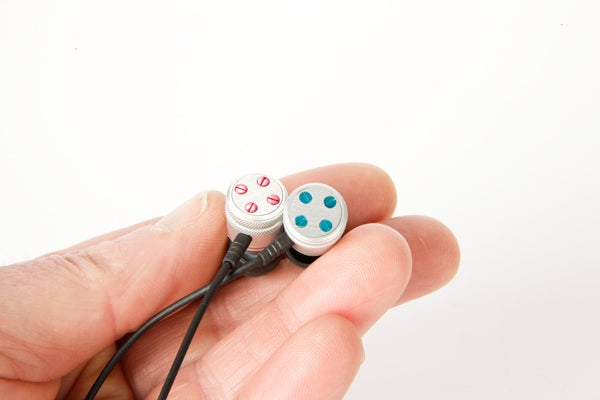 There are a few negative elements to the particular hardware choices that Musical Fidelity has made, though. The earpieces are relatively heavy, and do tend to work their way out of your ears, especially if you’re wearing only one (if you need to “keep an ear” on your surroundings, for example).

More irritating is the effect of the chunky aluminium ingot that sits on the cable join. This helps to make the Musical Fidelity EB-50 particularly tangle-happy earphones. In our few weeks with them, we seemed to spend endless minutes picking out rubbery knots. 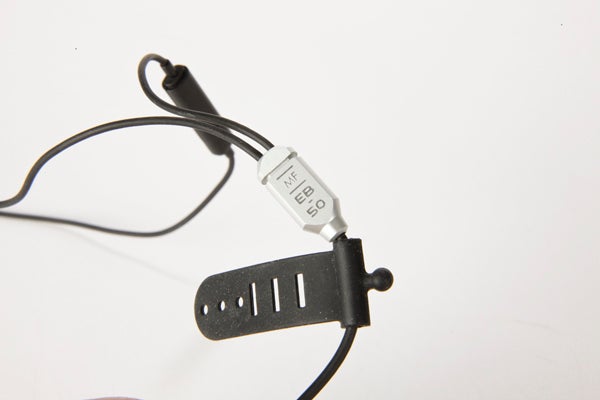 The Musical Fidelity cable is also non-removable. We prefer to see £150 earphones feature one, as the jack or earbud cable join is where earphones are most likely to fail.

These are the sort of design problems we might expect of a manufacturer having its first go at earphones – but there are thankfully no other hardware issues. Plenty of rubber tips are included – seven pairs – and no signs of headphone wear cropped up in our testing time. 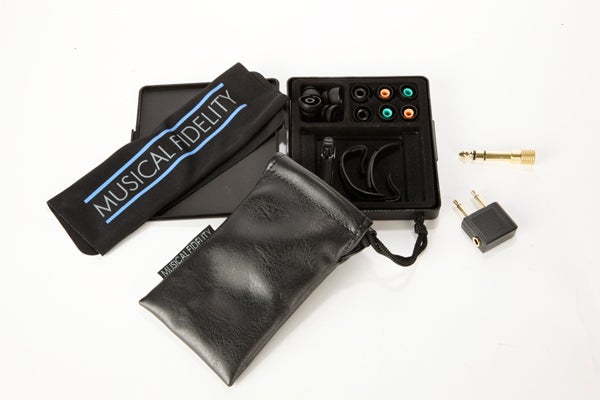 Pick the right rubber tips and noise isolation is very good. These are non-ported earphones, which helps them block out ambient noise. They’ll cope on public transport with ease.

There’s also a one-button handsfree housing for use with phones. The button acts as a play/pause control for music, as well as taking calls, but you don’t get any mobile volume buttons here. 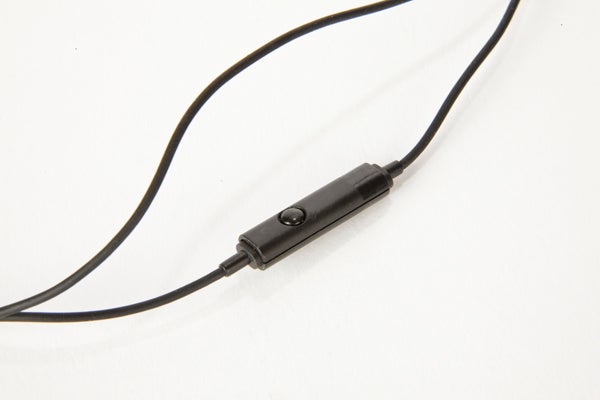 Like most higher-end earphones that strive for balance and a high fidelity tone, the Musical Fidelity EB-50 use balanced armature drivers, rather than the more common dynamic type. They are just 6mm across, which begs the question – why do the earphones themselves need to be so large? 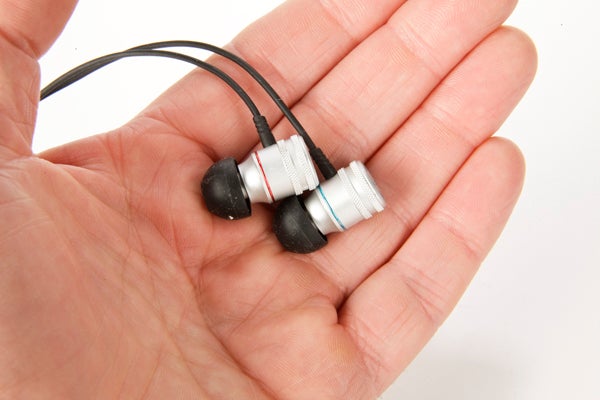 Musical Fidelity says that the earpieces are lined-with anti-resonant materials to decrease sound distortion, which could account for some of that extra space.

The Musical Fidelity EB-50 excel at providing sonic balance, with a thoroughly mature tone that sits well with the brand’s classy image. These are earphones that do not instantly grab your attention or stick out as class-leading, but close and careful listening pays off here. 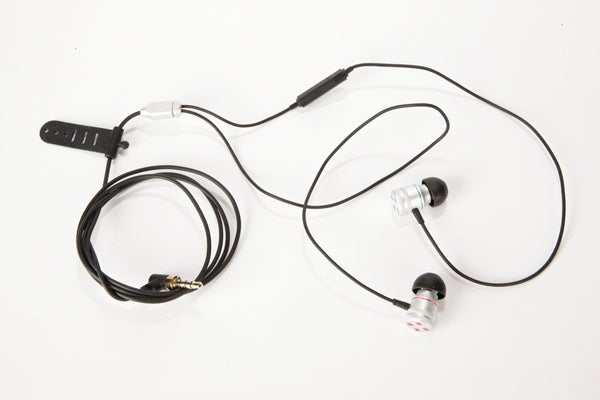 In an unusual tonal decision, Musical Fidelity favours the mid-range. This gives the EB-50 sound a thickness that’s quite Shure-like. This thickness doesn’t extend to the low-midrange, though, where it would otherwise clog-up the sound.

Treble takes a back seat, and if you like your earphones to sound sparkly with a fully-extended top-end, you may not get on with the Musical Fidelity EB-50. These are headphones that don’t immediately impress the ears – extension at either end of the frequency spectrum is not remarkable at this level – but given time and close listening, they prove their worth with their engaging mid-range performance. They partner best with music featuring real instruments rather than electronic ones, but the smooth transition between registers means they don’t feel out of place with any style of music. 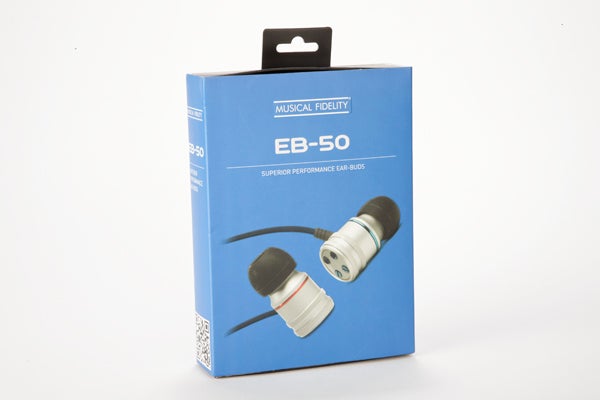 The Musical Fidelity EB-50 are odd-looking earphones you won’t mistake for any other brand. Unusual looks are matched with a tasteful and mature sound signature. Sharp treble and rumbling bass are kept far away, with the mid-range given centre stage. It’s not a sound for those who want ultra-insightful definition or slamming bass, but it rewards careful, thoughtful listening in spades.