The Core i7-5700HQ processor at the heart of the PX60 brings performance levels that outpace any competitor. It’s one of Intel’s full-power mobile chips from the Broadwell range, which means it holds nothing back when compared to the low-power U-branded chips in smaller, lighter machines. It has four cores is clocked to 2.7GHz with a Turbo speed of 3.5GHz.

Our benchmarks demonstrate the MSI’s dominance. Its Geekbench result of 13,177 easily beats the Acer and is almost twice as good as the MacBook Pro.

The Nvidia GeForce GTX 950M graphics core is less impressive. Its 3DMark Fire Strike result of 3,334 is enough to beat the Dell’s integrated core, but it’s unable to get past the Acer’s GTX 860M GPU and its result of 3,557.

For work and play, though, it’s plenty. This is enough power to handle photo editing, video processing and other high-end work tasks, and offers enough grunt to handle today’s mainstream games with only a few graphical compromises.

Storage, however, has been hampered by this machine’s £899 budget. There’s no SSD, with Windows installed to a 1TB hard disk. It’s capacious, but its sequential read and write speeds of 93MB/sec and 85MB/sec are underwhelming – below the best hard disks, let along the 400MB/sec+ of SSDs.

In addition, the 8GB of RAM is installed as a single module, which means this machine misses out on the performance benefits of dual-channel RAM.

All told, the PX60 is potentially an excellent option for those willing to open up the machine and add in their own upgrades – an extra 8GB of RAM and 128GB SSD could be had for not much more than £50. Less confident users may want to look at off-the-shelf options with these included, however. You really would expect at least to have the speed of an SSD at this price.

Here’s where the PX60 falters. Intel may have improved Broadwell’s efficiency, but it still produces too much heat for the MSI’s slim chassis to handle.

With the CPU stress-tested alone, its temperature rocketed to 96 degrees. The fans soon let us know that the chip was feeling toasty: the noise levels increased to irritating levels, with the high-pitched whirring not only loud but varying in tone as well.

Simple tasks, too, such as web browsing and word processing saw the cooling gear shift up a notch. The noise produced during these low-intensity tasks wasn’t as loud as when the machine was stress-tested, but it’s certainly something you’ll notice in a quiet office.

The mid-range graphics chip, thankfully, didn’t have any such problems. Its top temperature of 63 degrees is fine, and stress-testing saw the fans spin up to only mild levels – more akin to the processor’s fans when undertaking low-intensity tasks.

The processor didn’t throttle no matter what we threw at it, and the exterior didn’t get toasty. They’re positive points, but they’re cold comfort when the fans are so loud.

None of the MSI’s three different cooling modes made much difference, either. The Sport and Green options saw the fan noise remain consistently irritating, and the Green setting saw the processor throttle – but only from its peak 3.5GHz speed to a still rapid 3.34GHz. 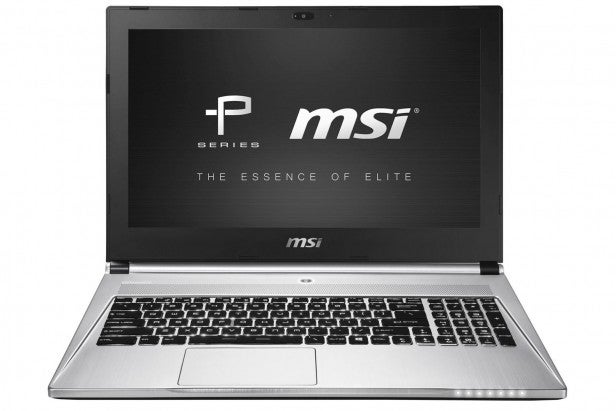 The PX60 doesn’t just share its chassis with some of MSI’s gaming laptops – the battery life is clearly borrowed from those high-end machines too.

Our standard battery test runs a web browsing and video-chat simulation with the screen at 40% brightness. With Windows 8.1’s Balanced power mode and MSI’s Comfort performance setting, the MSI lasted for only 2 hrs 5 mins. That’s a dreadful result: hours behind powerful Ultrabooks and almost two hours behind the Acer.