The white backlight and futuristic font make this keyboard look like a high-quality unit, and hands-on testing backs up the visuals.

The typing action is excellent. Each key has ample travel for a Scrabble-tile unit, and downward movement is consistent. The buttons are solid and snappy, and it’s easy enough to get up to a good typing speed. When it comes to hammering away for hours, the PX60 is as impressive as the Dell or Apple systems.

Layout-wise, it’s not so good. We’re never keen on a single-height Return key, and the only Windows button also sits on the right-hand side. You’ll get used to both, but it’s a compromise you don’t have to make with rival machines. 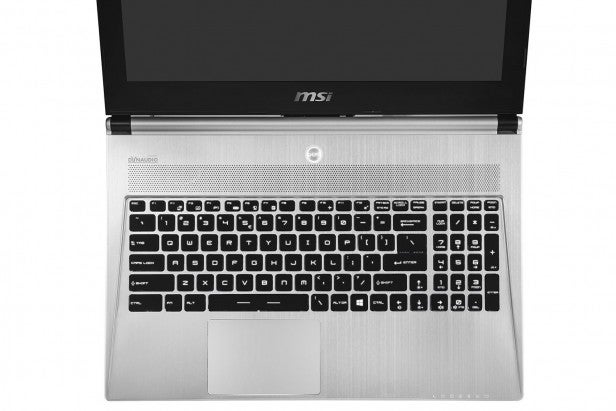 The trackpad is fine, but it’s lacking when compared to others. The surface isn’t quite as smooth, and the buttons are a bit too solid, which makes fast clicking tricky.

The software situation isn’t bad. The Windows 8.1 Start screen has several links to unnecessary apps and games, but these are confined to their own section and easily removed. None of these are visible on the desktop, which is where you’ll likely spend most of your time – here, you’ll find only the Nahimic sound app and the MSI System Control Manager, which has screen mode settings and basic networking tools.

Not convinced? Click here to check out our latest laptop reviews, or explore the seven finest Windows 10 laptops and tablets ahead of its July release.

Only one other version of the PX60 is available, but the PX60 2QD-048UK could prove a better bet than the sample we’ve reviewed here. It features a Core i5 processor, which will prove better for cooling. The same Nvidia graphics core, 1TB hard disk and 8GB of memory is also included – and it’s £100 cheaper than our sample. 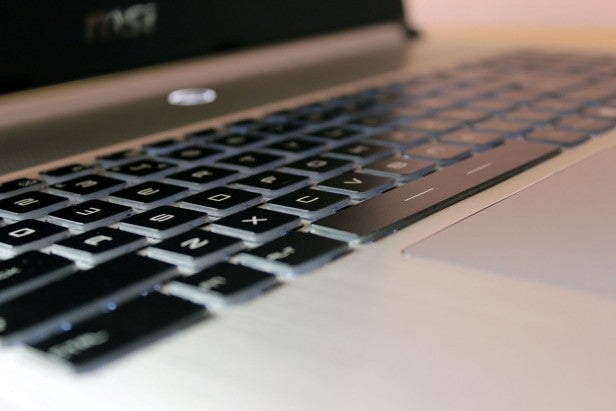 MSI’s latest 15in machine aims to be a high-quality jack-of-all-trades laptop, but its inconsistencies mean it’ll only benefit those needing more processing power than other laptops can provide.

The processor is one of the best we’ve seen in a notebook, with enough power to run almost any work software, and it’s paired with a decent mid-range graphics chip. The keyboard is excellent, and the screen has several high-quality image modes.

But MSI’s quest to cram in a high-end Broadwell processor sees the PX60 suffer: its fans are irritatingly loud, the processor becomes extremely hot, and battery life is poor. The choice of a normal hard drive rather than an SSD also hampers day-to-day performance.

The PX60 tries to trump its opponents with high-quality design and a powerful specification, but it doesn’t quite get it right. It simply isn’t pretty enough to justify a premium price on looks alone, and the choice of components isn’t quite what you’d expect for a machine costing £900 either. Only opt for this laptop if you’re desperate for its processing power and are aware of the compromises involved.

The PX60 looks decent and has huge processing power, but that Core i7 chip creates problems when it comes to noise and cooling, and the rest of the specification is matched or bettered elsewhere. Most people just won’t need the processor’s grunt, and better-balanced machines handle work and play with similar aplomb. It’s only worth choosing the PX60 if you need its mighty CPU.