This is the first
laptop to emerge from MSI’s new Prestige range and is designed to
provide a high-end experience for all manner of users, from creative
professionals to movie fans and gamers.

It’s a confident pitch that sees the PX60 go into battle with a bevy of excellent
competitors – many of which are lighter, cheaper and better-looking.

The
PX60 is clad in suitably resplendent metal and features Prestige branding –
but its origins are obvious. The slanted depressions beside the
keyboard, the central power button and the wide speaker grille are taken from MSI’s GS60 2PE Ghost Pro gaming laptop, and even the futuristic font on the keys is the same.

So, although the
PX60 doesn’t boast new design, the minimal body and brushed metal
exterior still lead to a reasonably smart, serious laptop. 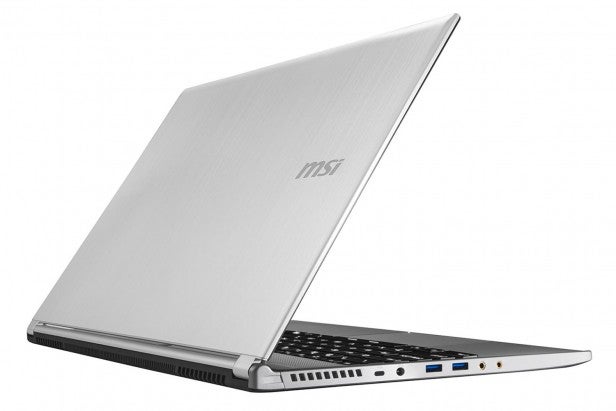 Those good looks fall prey to various inconsistencies, however. There’s a general
bittiness to the whole design, with it lacking the seamless quality of higher-end models. We also aren’t fans of the wide plastic screen
surround – and the plastic continues on
to the hinges, hampering the metallic visuals of the base. The underside
is made of plastic, too, with a mess of vents across the panel.

Build
quality is questionable: the screen flexes back and forth too
much, and the area above the keyboard is similarly flexible, with metal
that bounces up and down when pressed.

In fact, this slight
flexibility runs throughout the machine. The front corners can be
gripped and flexed; there’s movement in the wrist-rest
on either side of the trackpad; and we were able to tug apart the seams
that joined together the screen surround and the rear panel. If you’re looking for a machine that’s destined for a life on the
road then you should be wary.

While none of these are terminal issues, they result in a
laptop that is a step above the very cheapest in terms of aesthetics
but still a far cry from truly premium models. 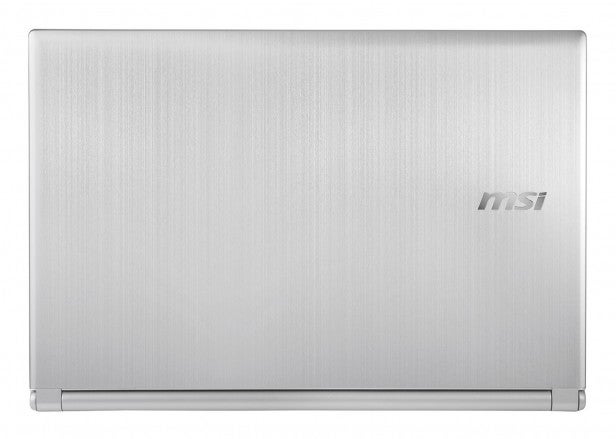 The MSI is a
traditional 15.6in laptop costing less than £1,000. This means it has more diverse competition than ever before – one recent
model to directly challenge the PX60 is the Acer Aspire V Nitro VN7-591G Black Edition.

MSI’s
machine undercuts the Acer when it comes to dimensions: its 20mm
body is Ultrabook-thin and 4mm slimmer than the Nitro; its 2.1kg
heft is 300g lighter too.

That’s a good result for the PX60 against
its chief competitor. However, mid-sized machines are no longer the
only option if you’re searching for a capable all-rounder. At this price
systems such as Apple’s 13in MacBook Pro and the latest Dell XPS 13 offer 13in displays with resolutions and components to match larger
models – although with no extra graphics card they don’t bring the same
level of performance.

The MSI’s edges are adorned with USB 3.0
connections, HDMI and mini-DisplayPort outputs and an SD card slot. Interior connectivity is decent: there’s Killer-branded Gigabit Ethernet,
dual-band 802.11ac wireless and Bluetooth 4.0. Access to the inside is mixed: the base panel lifts off to grant access to the wireless
chip, hard disk and cooling hardware, but the memory sockets and vacant
M.2 sockets are on the other side of the motherboard, making them
virtually impossible to reach.

The
MSI’s 15.6in screen is a non-touch Full HD model with a matte finish –
so far, so good. MSI says that each panel is individually
calibrated, a process that’s designed to deliver top-notch screen quality
and sRGB gamut coverage.

This is one of the few screens we’ve seen with several different usage modes, from Office and Gaming to Movie and Presentation.

It
all sounds impressive. In our tests, however, the PX60’s display didn’t blow the competition away, although it’s certainly well above average. Its
measured colour temperature of 7,257K is some way off our ideal of
6,500K, giving the screen a slight blue tint, while a Delta E score
indicates very good – if not class-leading – colour accuracy. The same is true of the contrast ratio and sRGB coverage, which at 1,054:1 and 98% are more
than adequate but not the best. 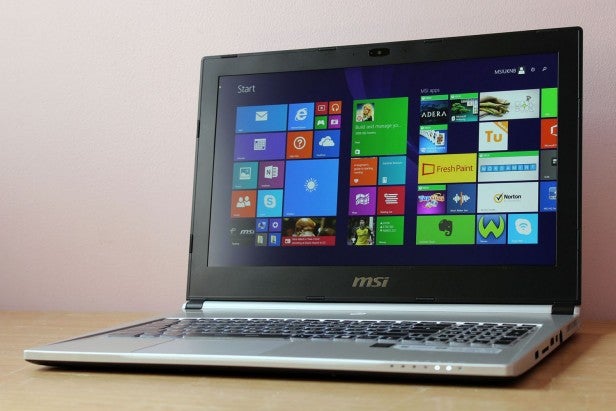 Some of those issues were
corrected by different screen modes. The Game and Movie modes maintain
the contrast ratio, brightness and black levels while improving Delta E
to a stonking 0.36. The Office and Presentation modes reduced the
brightness to a still-reasonable 144 nits, while maintaining Delta E at an
excellent average of 0.38. Colour temperature didn’t vary much under any of the screen modes – it was always too cool.

Moving
on to audio, the four speakers and single subwoofer are enhanced by the Nahimic app. It allows audio to be manipulated on laptops in far more ways than
we’re used to seeing, featuring bass and volume boost sliders, a
voice-clarity tool, virtual surround sound and a
reverb slider. This allows for plenty of sound customisation.

There are three preset plans available too. The default Music mode lacks
volume or vocal boosting, but has a little more bass boost than the Gaming
and Movie modes. This makes it the most balanced of the trio, with good,
punchy bass and a pleasing depth and crispness in treble and
high-end sounds.

The Gaming and Movie options deploy maximum
volume boost and a little less bass. While this makes them slightly clearer, sound is a bit too tinny and weightless for our tastes.

Nonetheless, all the modes are good enough for music, movies and games,
and there’s enough volume for large rooms. It’s possible to turn off
the Nahimic enhancements, but we wouldn’t bother – the speakers lack
punch and volume with the tweaks deactivated.