MSI has deployed an Nvidia GeForce GTX 870M inside this machine. It’s the first chip we’ve seen from the firm’s new mobile range, and it’s a monster: 1,344 stream processors clocked to 941MHz with a GPU Boost peak of 967MHz, which is faster than every top-end mobile GPU from Nvidia’s last range. There’s also 6GB of GDDR5 RAM that runs at 1,250MHz, which is MSI’s doing – Nvidia only installs 3GB of memory on this chip.

That’s twice the amount of memory that Nvidia specifies for this part, and its clock speed is higher than every top-end mobile GPU from last year’s Nvidia stack. 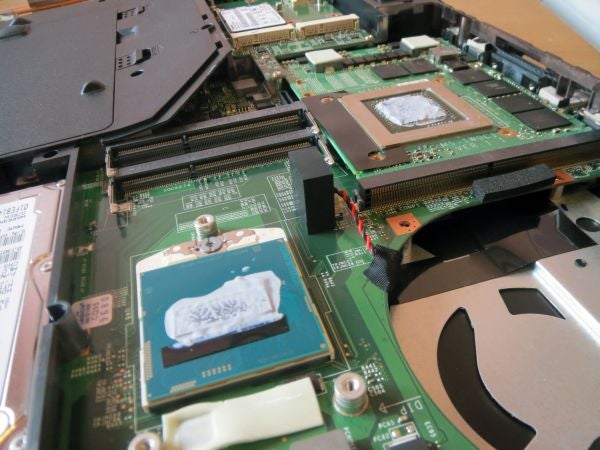 It’s an impressive specification, but the GTX 870M made an inauspicious start in benchmarks. Its 3DMark Ice Storm score of 63,839 can’t match the Asus, and the GT70 scored 63,259 in Ice Storm – still behind the G750JX. 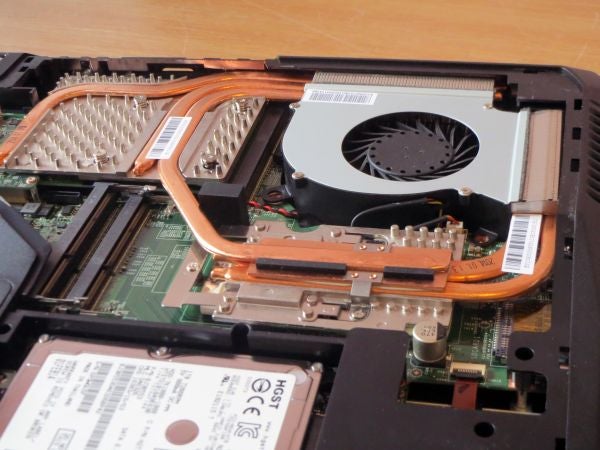 The GTX 870M uses last year’s Kepler silicon rather than the new Maxwell architecture, which is currently reserved for mid-range cards, but it scarcely matters thanks to huge amounts of memory and increased clock speeds – at the business end of our benchmarks, this is the fastest gaming notebook we’ve seen.

The Core i7-4800MQ has four Hyper-Threaded cores, a standard speed of 2.7GHz and a Turbo peak that’s 1GHz higher, and it proved rapid. The MSI’s PCMark 7 result of 6,137 squeaked past the 6,009 points from the Alienware and easily best the Asus. It’s no surprise – it’s helped here by 8GB of RAM and a 128GB SSD.

That SSD is the only weak link. Its sequential read pace of 497MB/s is excellent, and it bodes for rapid loading times, but its write speed of 271MB/s is average. 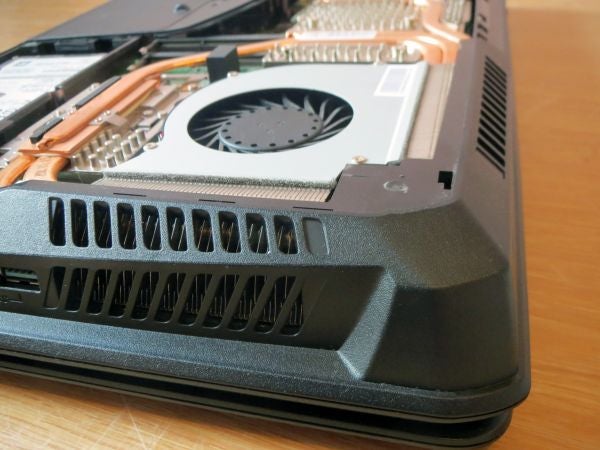 The powerful components are chilled by bulky heatsinks and one large fan, but that didn’t stop the processor and graphics card peaking just short of 90°C in stress tests. That’s not far off their thermal limits, which is the point at which the silicon begins to throttle its speed before it becomes unstable.

That fan isn’t exactly quiet, either. It stirred when we played games, and its low rumble was noticeable – we had to turn the volume up in order to drown it out, and its whir proved irritating during quiet moments in games and movies. We’d plug in some headphones. 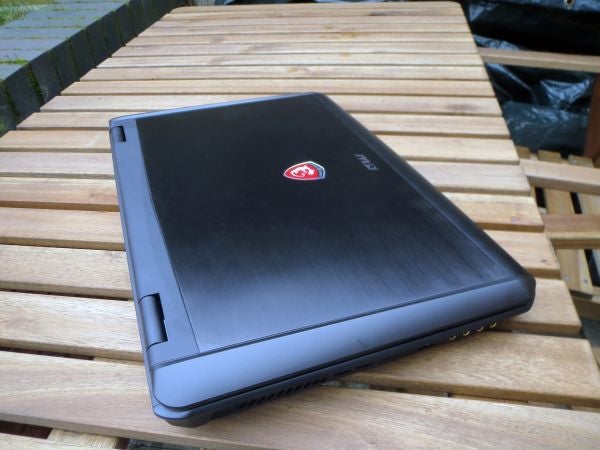 Gaming laptops aren’t renowned for their longevity, and the GT70 did nothing to change this perception. In our PowerMark test the MSI lasted for three hours and 5 minutes, which is about fifteen minutes short of its two rivals.

The situation worsened when we used Unigine Heaven to simulate gameplay. We looped this demanding benchmark and the MSI could only last a few minutes beyond one hour before it ran out of juice.

When the GT70’s battery was empty we plugged it back in for thirty minutes and the MSI regained 25% of its capacity. That’s one percent behind the Asus, and a pretty standard result. It’ll give you about 45 minutes of standard usage, but only twenty minutes of gaming.

Used as our main laptop for the review period
Tested for at least a week
Used consistent benchmarks for fair comparisons with other laptops
Reviewed using respected industry benchmarks and real world use
Previous
MSI GT70 2PC Dominator Review Next
Keyboard, Trackpad and Verdict Review