It’s important for gaming machines to have good ergonomics, and MSI has roped in Scandinavian specialists SteelSeries to provide this machine’s keyboard – the same arrangement used on its slimline GS70 gaming laptop. 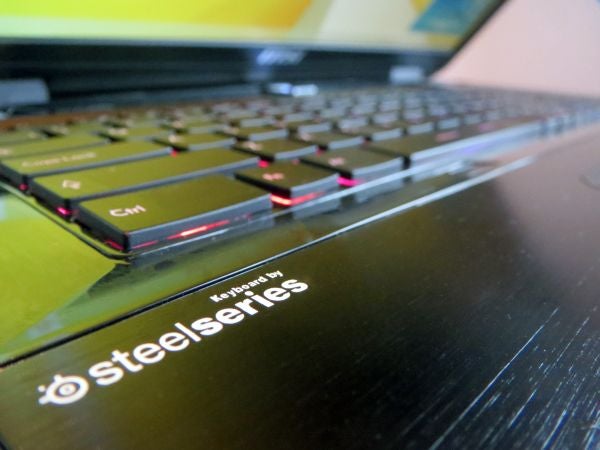 The partnership pays off. The Scrabble-tile unit has a reasonably solid base, which helps for hammering away during intense sessions, and there’s more space between these keys than those on the cramped Alienware. Each key has a firm, consistent action, which means the MSI is on a par with the excellent Asus. 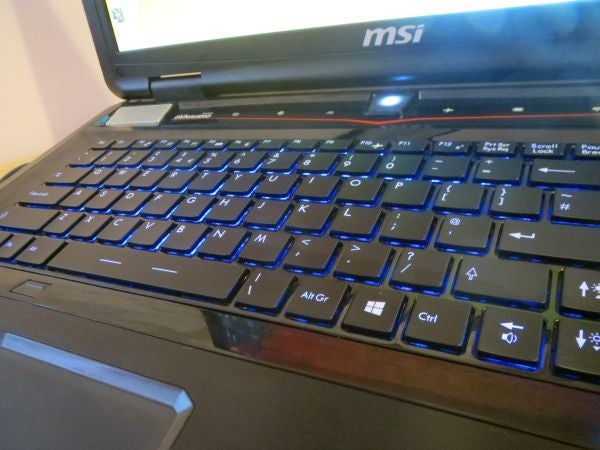 There’s room for a numberpad, and the backlight is adjustable. We’re less keen on the single-height Return key and the fact that the four cursor keys aren’t set apart from the rest of the keyboard, but they’re minor quibbles.

The trackpad has a smooth, responsive surface that worked equally well with Windows 8 gestures and FPS games, and we like the two buttons – they’re clicky and consistent, with a light action that’s reminiscent of specialist gaming mice. The trackpad is just too small, though – we often hit its edges during frantic gameplay.

As always with gaming laptops, it’s still better to plug-in a USB mouse if you’ve got a suitable surface available. 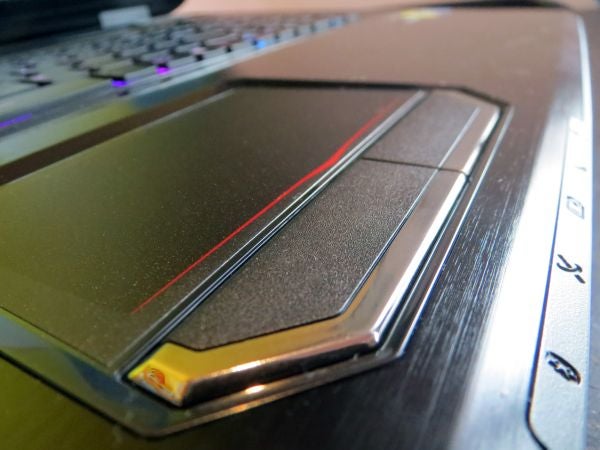 The MSI has one of the most versatile interiors we’ve ever seen on a laptop. A large section of the base can be removed and it gives access to two free full-size mini-PCI-Express slots, and there’s also two vacant memory sockets that can handle up to 24GB of extra memory.

The hard disk is stored in a simple caddy, and the heatsinks and fans can be easily removed and unscrewed, which is handy for cleaning.

These are all nice, practical bits of design that we really like. 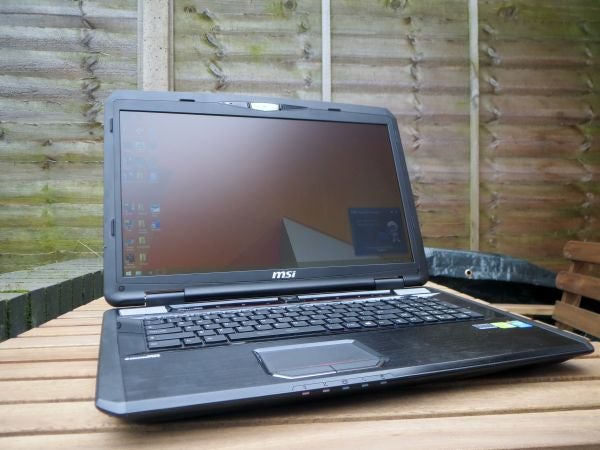 The MSI GT70 is a traditional gaming laptop, so it’s got the usual range of strengths and weaknesses: incredible gaming power, a strong processor, and loud design that’s designed to attract attention. The screen and speakers are good, and the keyboard is also impressive, but the MSI is hampered by its sheer size, loud fan and poor battery life.

Neither of the MSI’s rivals solved all of these problems, though, and the GT70 stands tall over the Alienware 14 and Asus G750JX in two key areas: it’s much quicker in games, and it’s better value than both, with the Alienware’s top models proving more expensive and the Asus costing a similar amount for poorer performance.

It’s a bulky, brash system but, if you need a gaming notebook and performance is everything, the MSI GT70 is the one to buy.

The MSI streaks ahead of its rivals in games benchmarks, and it’s got the processing performance to match – even if battery life is poor, like many other gaming notebooks. It’s by no means perfect, but it delivers where it counts and that’s why we recommend it.

Next, read more laptop reviews or take a look at our pick of the 10 best laptops