This machine’s 47Wh battery does nothing to dispel the bad reputation that surrounds the longevity of gaming laptops – even with Skylake’s supposedly more efficient hardware on-board.

My standard battery test loops a video-chat and web-browsing simulation with the screen at 40% brightness. In this benchmark, the MSI lasted for 2hrs 41mins – a mediocre result that’s around 40 minutes behind the other MSI laptop and whole hours short of the Alienware 15. 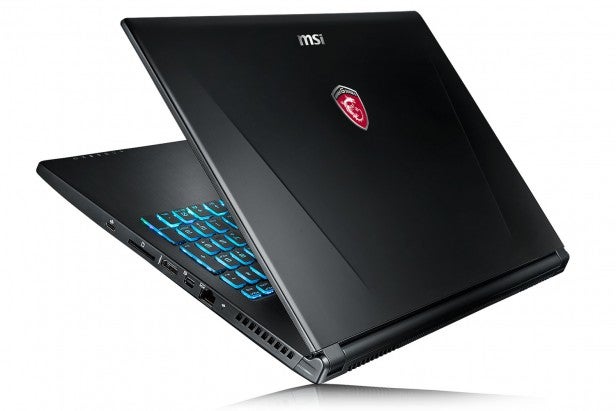 The situation didn’t improve in the gaming test. With the screen at 100% brightness and the machine looping through Unigine Heaven’s Extreme test, it lasted only 36 minutes – don’t expect much gaming if you’re parted from a plug.

A 30-minute charge saw the MSI regain 41% of its battery. That’s enough for just over an hour of light use, but it won’t provide any serious gaming time.

The GTX 970M is a capable high-end mobile GPU that fell between the MSI’s two rivals in our benchmarks.

In BioShock Infinite the MSI hit an average of 61fps. That’s eight frames beyond the older MSI machine, but ten frames slower than the Alienware. That pattern was repeated in the 3DMark Fire Strike test: the GS60 scored 5,430, which was ahead of the GE62’s 4,098 but behind the Alienware’s 6,308.

The GS60’s gaming ability was further proven by other top-tier titles. In Batman: Arkham Origins, the MSI ran through the standard benchmark at a mighty 110fps – it even managed 58fps with every anti-aliasing setting enabled. It then ran through Battlefield 4 at a smooth 52fps. 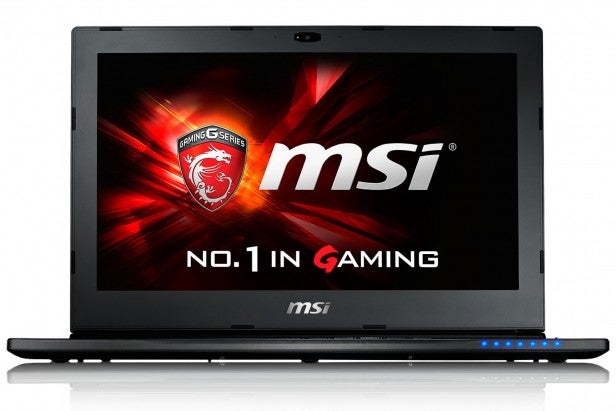 A similar pattern emerged in the processor benchmarks. The GS60’s Geekbench score of 12,530 was a couple of hundred points behind the Alienware and just ahead of the other MSI laptop. The roles were reversed in PCMark 7: the GS60 was ahead of the Alienware but behind the GE62. It’s an impressive set of results.

The GS60’s heatsinks kept the components chilled. In its default Sport Mode, the processor and graphics core peaked at a reasonable 84 degrees and 72 degrees during stress tests, and those numbers remained in the ballpark with Green Mode chosen.

Sadly, the decent temperature regulation comes with a handful of caveats. When Sport Mode is activated, the fan noise is consistent and on a par with other gaming notebooks. That noise is barely reduced when Green Mode is active, but clock speeds take a hit; the GPU’s standard speed of 924MHz is reduced to around 746MHz, so performance will drop.

The fan noise proved too intrusive for our liking. The louder whirring continued long after we stopped our benchmarks and left the system idling. The base becomes hot too – I noticed this machine’s heat during some games tests on the sofa.

Our last benchmarks concern storage, and the Samsung SM951 SSD caused us no issues. Its sequential read and write speeds of 1,755MB/sec and 1,132MB/sec are fantastic – far faster than any SATA SSD, and up there with any other laptop I’ve tested. 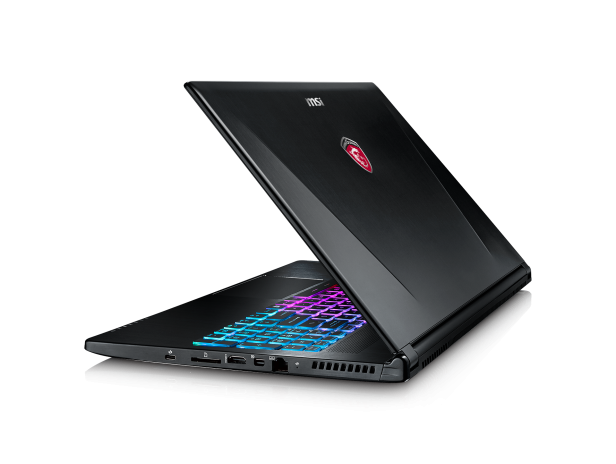 Should I Buy the MSI GS60 6QE Ghost Pro?

MSI’s latest gaming laptop is divisive in key departments. Its good performance levels are still beaten by other machines, and its screen is decent – but issues that keep it from true greatness remain.

The ergonomics and slim design are both good, but the chassis struggles with the high-end components: it’s just too loud and hot. When it comes to battery life, nothing has changed with Skylake’s arrival – it continues to be disappointing.

MSI’s machine is a good bet if you’re after a gaming laptop that’s slimmer and lighter than its rivals. That said, the Alienware 15 may be chunkier but it’s better-balanced and so would therefore get my vote ahead of the GS60.

The MSI GS60 makes a good start with its slimline design and a high-quality screen. However, disappointing battery life and issues with heat, plus performance that’s only on a par with rivals, mean that other machines have the edge.