It’s the kind of specification that we’d expect from a desktop card, and it’s enough to deliver great gaming benchmark results. The MSI’s 3D Mark Ice Storm score of 109,602 is the best single-card score we’ve ever recorded, and only beaten by the dual-GPU Gigabyte machine. The GS60 scored 4,606 in the Fire Strike test, which is an excellent score – although slower than the Gigabyte and Alienware laptops.

Suffice to say, the GS60 had no problem with top games at their highest quality levels. In Batman: Arkham Asylum and BioShock Infinite the MSI averaged 84fps and 53fps, and it hit averages of 38fps and 36fps in Battlefield 4 and Crysis 3. 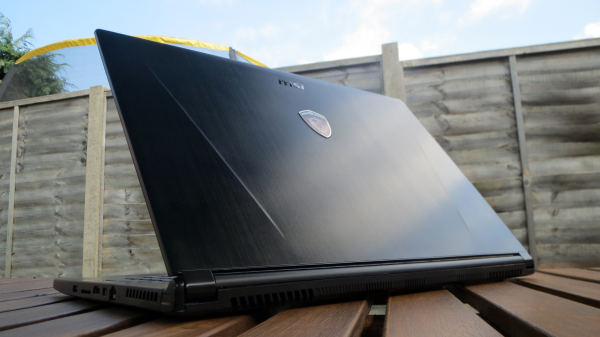 Those scores are a step down from the Gigabyte’s two GPUs and the Alienware’s single GTX 880M core, but there’s still enough power to handle every game for the foreseeable future without toning down quality levels.

The Core i7-4700HQ is a 2.4GHz, Hyper-Threaded quad-core processor that’s proved popular with high-end laptops. In the MSI it delivered a PC Mark 7 score of 5,655, which is excellent, and between the Alienware and Gigabyte systems. In GeekBench 3 the MSI fell behind its two rivals, but there’s clearly enough grunt here to swat aside the most demanding of software.

The GS60 has a 237GB boot drive that’s formed by combining two 128GB SSDs in RAID 0. It’s an array designed for performance, and it didn’t disappoint in our benchmarks: the array’s sequential read pace of 1,012MB/s is stunning, and the machine’s sub-10s boot time bests every rival. The only disappointed is the mediocre sequential write result of 367MB/s. Also, with no data redundancy incorporated, be sure to do regular full system backups to an external hard drive.

The GS60 didn’t get off to a great start in thermal tests – even when idling, its processor and graphics core sat at around 50°C.

The situation didn’t improve in tough benchmarks and stress-tests. When it ran at heavy load the processor topped out at 90°C – just ten degrees short of its thermal limit, where it’ll begin to throttle its performance – and the graphics chip was only four degrees behind. 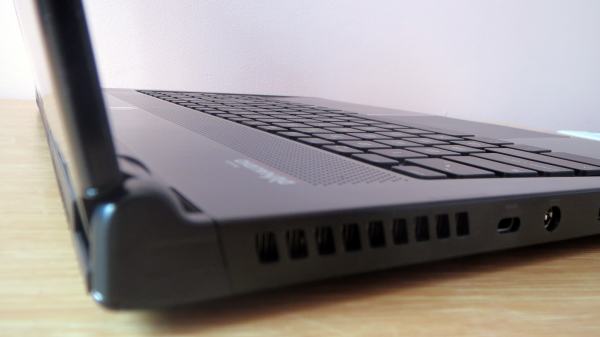 None of those temperatures are dangerous, but the high heat still proved problematic. Much of the hot air was pumped from the back of the machine, and the back half of the underside proved too hot for us to touch during testing – and too uncomfortable for us to use this machine on our laps for even a few seconds.

Long gaming sessions are only possible when you’ve got a table, and the noise produced is distracting, especially during quieter games and films. All that heat means you probably shouldn’t game on french-polished tables too. 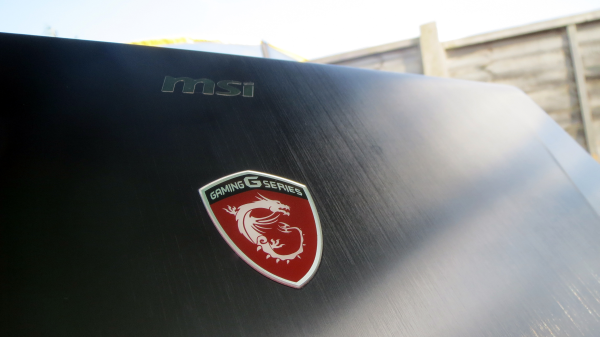 The 52Wh, six-cell battery falls in line with its gaming rivals: it won’t last even half a day away from the mains. Our standard benchmark loops a web browsing and video chat test with the screen at 40% brightness, and the MSI lasted just two hours and 54 minutes.

That’s less than thirty minutes more than the Gigabyte, but just over two hours less than the impressive Alienware managed. Don’t expect to charge for thirty minutes and get any significant longevity, either: when plugged in for such a short amount of time, we only charged enough to allow just under an hour of use.

As for gaming on the go, we ran an intensive 3D benchmark with the laptop in High Performance mode and the screen at 100% brightness, and the MSI lasted barely an hour – even worse than the Gigabyte.

Used as our main laptop for the review period
Tested for at least a week
Used consistent benchmarks for fair comparisons with other laptops
Reviewed using respected industry benchmarks and real world use
Previous
MSI GS60 2PE Ghost Pro Review Next
Keyboard, Trackpad and Verdict Review