It’s not the first time that MSI has turned to SteelSeries for its keyboards, and we can see why it’s gone back after the success of the GT70’s typing unit.

Despite the GS60’s slim frame the keyboard has a firm base with only a hint of give, and the solid, responsive action that we enjoyed on the GT70 has been retained here: each key depresses with consistency, and the rapid snap of each button bodes well for fast gaming sessions. When it comes to pure typing quality, the GS60 is the match of the GT70 and the Alienware’s traditional unit. 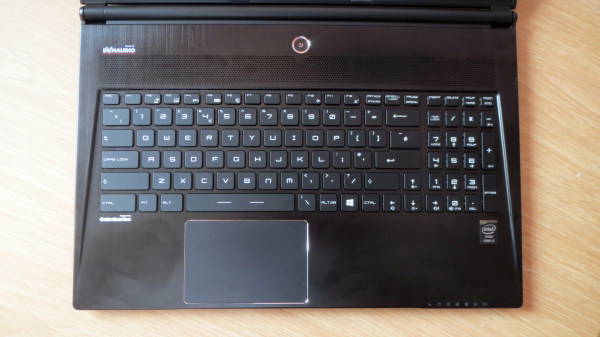 There’s room for a numberpad, but that’s the only positive about the layout. We’re no fans of the Windows key being moved to the right-hand side of the spacebar, and that awkward change is joined by an irritating single-height Return key. There’s no sign of extra features, either, like the macro keys on the Gigabyte.

The touchpad is larger than the Alienware’s cramped pad, though, and it’s got a pair of nicely snappy buttons. The former fact helps lift the GS60’s hardware above several rivals. Of course, when it comes to gaming the overall conclusion remains the same – always use a proper mouse if you can. 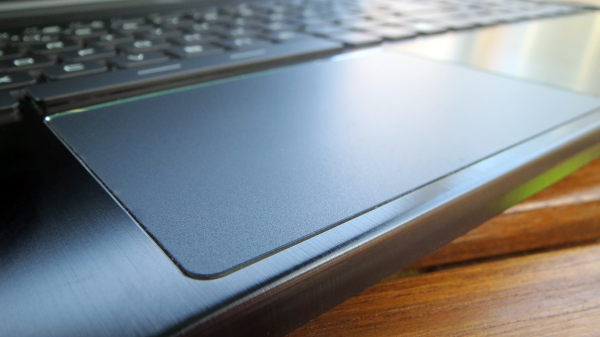 The GS60 we’ve reviewed here falls into the middle of MSI’s range, and numerous other notebooks are available if this particular model doesn’t quite tick every box.

If it’s too expensive, then the GS70 2PC Stealth is available for £1,140. It’s got a 17in screen, has the same processor, and it’s got a single 128GB SSD. It’s also got an Nvidia GeForce GTX 860M graphics chip – so there’s ample gaming power, even if it won’t quite match the system we’ve reviewed here. 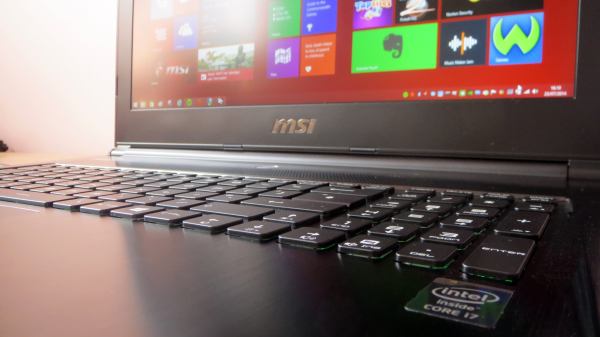 Should I Buy the MSI GS60 2PE Ghost Pro?

We’ve never seen a gaming laptop that’s this thin or light, and it still produced framerates in touching distance of much bigger, heavier rivals. Parituclarly given its modest – but sufficient – 1080p screen resolution there’s no chance that games will outrun this machine in the near future.

Added to this slimness, the Ghost Pro looks good and is aided by a sturdy, supportive keyboard, plus the quality of that screen is excellent. It does all of this while costing less than its key rivals.

It’s all well and good that companies are pushing the boundaries with the weight and dimensions of gaming laptops, but it’s less impressive when machines can barely cope. The MSI might have good power, but it became unbearably hot during our tests, and produced distracting noise. Battery life was disappointeing too.

That means we can only recommend this machine if you’re going to be using it at LAN parties or other occasions where you’ll have a desk and a power outlet. While it’s slim and light enough to be a genuinely portable gaming powerhouse, problems elsewhere put paid to those prospects.

There’s plenty of power inside this machine, and MSI has squeezed top-level components into a chassis that’s slimmer and lighter than any gaming notebook we’ve yet seen. The screen and keyboard also excel, and the speakers are good. It’s a contender if rivals are expensive, but only worth a purchase if you’re going to be using it at a power source and on a desk – as poor battery life and thermal performance are the MSI’s key problems.

Next, read our latest laptop reviews, or take a gander at our gaming coverage