This is the latest gaming laptop to prove that you don’t need to invest in a monster machine with a sky-high price in order to make high-end titles run smoothly. The GS60 weighs less than 2kg and it’s under 20mm thin, which makes it the leanest and lightest 15.6in gaming notebook we’ve seen.

It’ll also set you back £1,300. That’s a lot for a laptop, but it’s less than rivals: the Gigabyte Aorus X7 v2 and Alienware 17 are both several hundred pounds more expensive. This MSI is the first gaming laptop we’ve seen with dimensions that undercut some larger Ultrabooks. The GS60’s 1.96kg heft and 20mm frame mean it won’t weigh down most bags, and it makes the competition look decidedly portly.

Gigabyte’s Aorus X7 v2 was billed as a slimmer, lighter gaming option, but it was still 24mm thick and 3kg in weight. Other big-screen options, like the Alienware 17 and MSI’s own GT70, are chunkier still.

The lack of weight is impressive, but we’d protect the GS60 with a sleeve before we set off. The screen is just 4mm thick, and although we didn’t notice any odd patterns on the desktop when we moved the panel about it’s still too easy to flex the screen’s corners and depress the centre of the panel. The base is stronger, with little give across the top, but the underside has more give. It’s a better result than the flimsy Gigabyte, but larger machines offer superior strength. 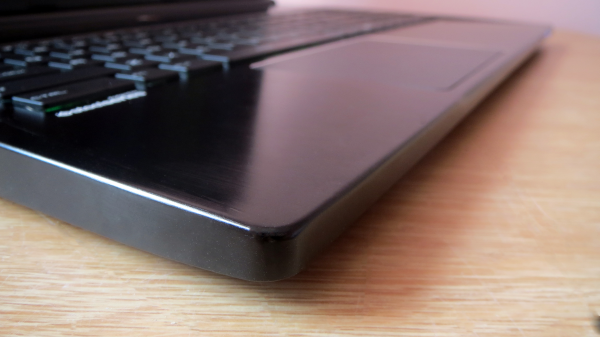 The GS60 is hewn from Magnesium-Lithium alloy, which MSI says was first used on NASA’s Saturn V rocket. The Ghost Pro isn’t as distinctive as most spaceships, though – instead, it’s finished with a demure brushed pattern. MSI has toned down the lights, too; the keyboard, power button and logo are backlit, but it’s all subtle. The GS60 looks smart and won’t attract attention like the huge lights, angles and designs of its rivals.

The slim design hasn’t hampered connectivity. On the outside there are three USB 3.0 ports, HDMI and mini-DisplayPort outputs, a pair of audio jacks and an SD card slot, and there’s also room for a Killer-branded Gigabit Ethernet connector. On the inside there’s the usual Bluetooth 4.0, and there’s dual-band 802.11ac Wi-Fi – a boon for connecting to fast-paced routers that use the newer standard. 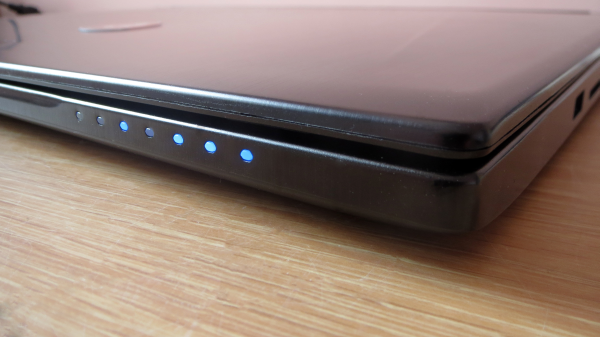 The GS60’s slim design means the interior isn’t upgrade-friendly. The base panel is held in place by more than a dozen screws, and only the bare back of the motherboard is visible once removed – the memory slots, and most of the other components are hidden around the other side. The hard disk can be removed, but it’s tricky because of a ribbon connector that’s in the way, and the fans and heatsinks are similarly obstructed.

The 1,920 x 1,080 resolution and matte finish bode well for gaming: the former means that games won’t be hampered by the GPU struggling with a ridiculous number of pixels, and the latter guarantees that distracting reflections won’t ruin your viewin’.

The sensible specification is matched by excellent performance. The black level of 0.32 nits is one of the lowest on any recent gaming notebook, and helps deliver punchy, intense colours at the low end of the spectrum. The top brightness of 326 nits is similarly impressive, and goes some way to delivering vivacity at the opposite end of the scale. 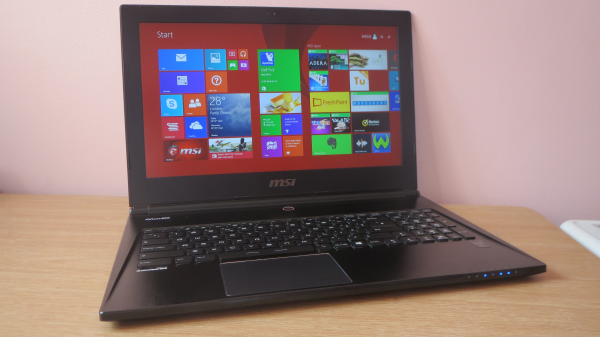 The 1,019:1 contrast ratio is better than any gaming machine we’ve reviewed in 2014, and the average Delta E of 2.16 is just as dominant. Both results show this display will provide good colour accuracy across a wide gamut.

The only issue here is the colour temperature of 8,181K, which is on the cold side of the 6,500K optimum level and similar to the Gigabyte’s result. It leaves some scenes looking a little clinical, but the excellence of this screen in other departments goes a long way to masking that deficiency – something we couldn’t say about the Gigabyte’s disappointing screen.

MSI has set this panel up to excel in games, and it delivers in almost every department, with a host of benchmark results that beat rivals. It’s one of the best screens around for portable gaming. 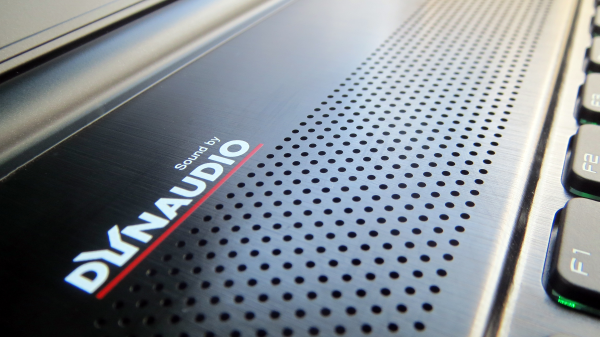 MSI has also crammed good audio kit inside the GS60. The high-end is snappy rather than tinny, and an improvement over the Gigabyte, and the mid-range is just as good – it’s a little muddy, but better than most of its rivals.

There’s reasonable punch to bass drums, with only the lowest, deepest notes missing – the Gigabyte, with its pair of sub-woofers, is the only gaming notebook we’ve seen recently that’s really handled bass well. The MSI instead has a well-balanced set of speakers, and we’d happily use these for gaming.