The Leopard Pro’s keys have impressive consistency and speed, with a moderate amount of travel. Their high level of comfort is paired with a solid, responsive base, and that makes it easy to get up to speed.

It’s a similarly decent bill of health to the Asus ROG Strix GL702VM but, as ever, the chiclet hardware is better for typing than gaming – larger gaming laptops and proper gaming keyboards still have quicker, firmer designs that are beneficial for frantic gameplay. Competitive gamers in particular will want hardware with a faster and more defined action.

The keyboard’s familiar action is paired with an fairly standard layout. The return and delete keys are small, and the cursor keys aren’t set apart from the rest of the buttons. The WASD buttons aren’t highlighted and there aren’t any macro keys. 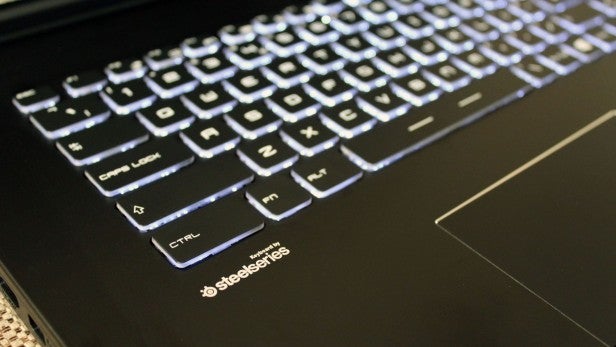 The only special addition is a button to open the MSI Dragon Center app, which can be used to manage the backlight and access the rest of this laptop’s software options.

The keyboard is just as good as the Asus’ offering, but the MSI’s trackpad is better. Its two buttons are snappier than the Asus, and don’t push down as far – so they’re better at emulating the best gaming mice.

There were no surprises in the standard battery life test, where the MSI lasted for three hours and eleven minutes when running a low-intensity work benchmark with the screen at 40% brightness.

That’s more than thirty minutes behind the Asus, and it means you’ll barely get more than an hour from the MSI when playing games. 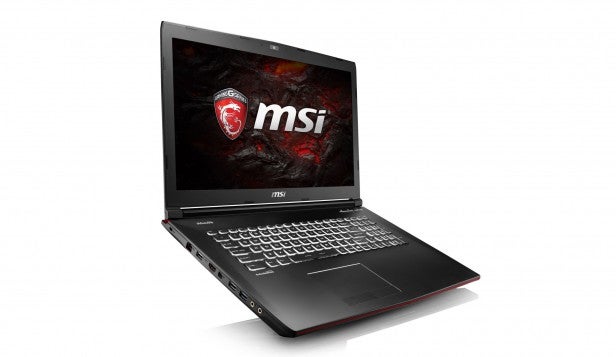 Should I Buy the MSI GP72 7RE Leopard Pro?

The MSI doesn’t have any serious problems, but a run of smaller missteps mean it can’t compete in a busy section of the laptop market.

The GTX 1050 Ti is fine for 1080p gaming, but the 2GB memory allocation means it’s slower than laptops with the proper 4GB version – and other machines at this price have faster GTX 1060 cores. The rest of the specification is fine, although to reduce the cost a cheaper Core i5 processor would have made sense to me.

The screen is a little underwhelming, the keyboard and trackpad aren’t much better than rivals, and the battery life is as ordinary as ever.

The Asus GL702VM has is faster in games and has a better screen for similar money – or we’d also recommend a machine like the Dell Inspiron 15 7000 Gaming, which delivers the full-fat GTX 1050 Ti in a 15.6-inch device that’s significantly cheaper. The MSI is stuck in a bit of a no-man’s land. For some people it might hit the spot, but I think they will be few and far between.