The first area
where the GE62 2QD Apache really starts to show its chops is its screen.
It’s excellent with flawless viewing angles, pinpoint sharpness,
vibrant colours and next to no reflections thanks to the matte finish.
The choice of a 1080p resolution is also ideal for this size of screen.

Under
test conditions it largely excelled with a decently low black level of
0.35cd/m achieved alongside a searing 363cd/m maximum brightness, for an
overall contrast of 1034:1. This isn’t a class-leading figure but it’s
very good nonetheless. 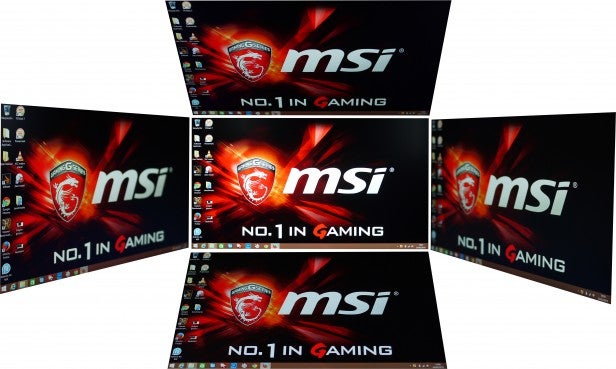 Colour
temperature was a bit off at 7257 but it’s not enough to cause major
concern, while 90.9% sRGB colour coverage is plenty for all but the most
discerning of users.

When it comes to sound quality things are
pretty good too. Bass is definitely lacking but clarity and
volume are decent. By default the system comes with a load of surround
effects by Nahimic, which made it sound awful. However, either turning
them off or tweaking them to be less aggressive results in decent
overall sound.

MSI
is proud of its partnership with gaming-peripheral experts SteelSeries,
and so it should be, at least based on the evidence of this machine’s
keyboard. The key action, in particular, is comfortably above average,
with a clear break point to the switch, letting you really know when
you’ve pressed a key.

We’re fans of the label font too – it’s
nice and big and has a funky style to it. Likewise the backlighting is
excellent and there’s a fairly powerful utility for programming the keys
to light up in whatever pattern you want, though we do wish that by
default there was just a plain solid colour option. 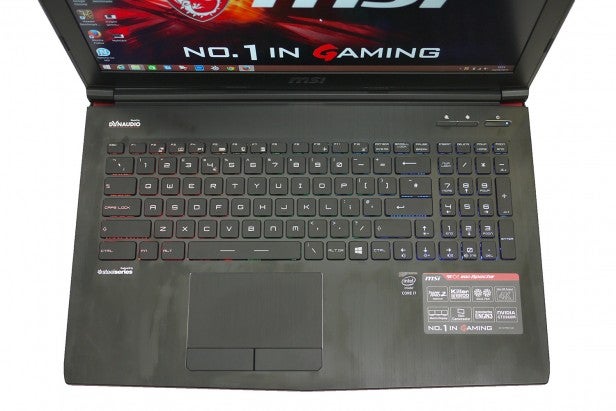 Unfortunately
it’s far from all good. The main problem is that the layout is a US
style one. That means a small Return key and an oddly placed #/~ key and
over-sized left shift key. There’s also no left Windows key, which is a
real pain for those who regularly use Windows keyboard shortcuts
(Win+E, Win+R, etc). 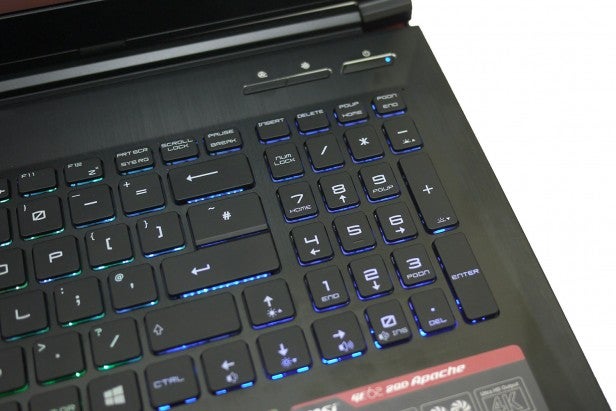 On
a more positive note, the trackpad is mostly pretty good. We did have
to turn on two-finger scrolling but otherwise it’s well set up straight
out the box, with excellent tracking speed and accuracy and two nice,
really clicky buttons (the chassis bending problem aside).

We’re
not fans of the brushed metal-mimicking surface, which just feels odd
in its roughness but functionally it’s spot on – assuming you’re not
insistent on a MacBook-like single-click-surface style trackpad.

Used as our main laptop for the review period
Tested for at least a week
Used consistent benchmarks for fair comparisons with other laptops
Reviewed using respected industry benchmarks and real world use
Previous
MSI GE62 2QD Apache Review Next
Performance, Battery Life and Verdict Review