The overall story of the GE62
2QD Apache’s performance is one that can pretty much be told via the
spec sheet – it has a very fast CPU, moderately fast GPU and an SSD for
fast app loading. In other words for daily tasks it flies along, with a
PCMark 7 score of 5529, Geekbench score of 12,272 and Cinebench R15 score
of 641.

The Kingston SSD is also decent, with read speeds of
460MB/s and write speeds of 321MB/s. It’s not the fastest we’ve seen but
plenty fast enough. The 1TB hard drive is as slow as might be expected
(143MB/s read, 117MB/s write) but it’s fine for mass data storage. 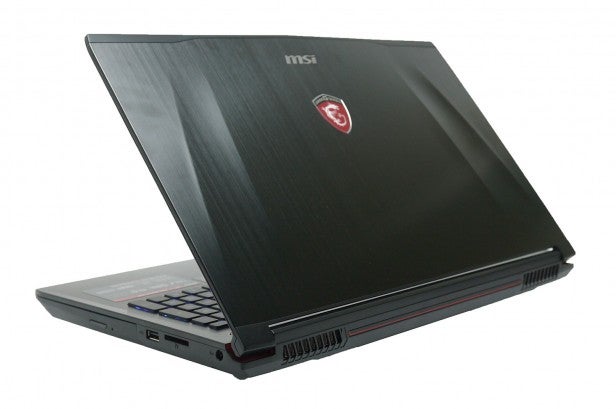 When
it comes to gaming, the GTX 960M offers a pretty good compromise of
performance and price. In our Unigine Heaven test it could manage 43fps
at 1080p with basic settings or 31.2fps at 1366 with extreme settings.
Similarly in Bioshock Infinite it delivered 53fps at 1080p with maximum settings. In other words you’ll be able to play most games at 1080p at medium-to-high
settings while the most demanding titles will require a step down to 1366 x 768. You’ll need to step up to a
GTX 970M, which you can get in the £1,299 MSI GE62 2QF Apache Pro, to
reach the next level of gaming performance.

In fact, there’s an
argument for saying that the 4720HQ is actually a bit too powerful for
this graphics card if gaming is a priority and you’d be better off
saving money on the CPU and spending on the GPU.

MSI
is making some big claims about how much it has improved the cooling in
the GE62 and sure enough it copes well under load. The CPU still hit
87C which is a little high but nowhere near high enough to be a concern.
As for the GPU, GPU-z wouldn’t report the correct temperature but it
certainly didn’t show any signs of being overly toasty.

While
under load the fans were certainly noticeably loud but in a steady,
easily ignored kind of way. The way the fan speed ramps up and down is
also nice and steady, rather than distractingly flipping between
different speeds.

While idling, as with most such systems, you can set Windows power
settings to aim for fanless cooling and sure enough this machine mostly
stayed silent unless it suddenly needed to do something taxing.

We’re
always a little concerned when the intakes for a laptop’s cooling
system are on the bottom, where they can be easily blocked when resting
on a lap, and sure enough we found there was an element of this with the
GE62. However, the area of grilles is so vast that there was never a
moment where the whole lot was blocked.

The hot air is exhausted out the back from two vents on either side – gotta love those twin exhausts.

In
our tests the MSI GE62 2QD Apache’s battery life was a little
disappointing. Running the PowerMark benchmark with a loop of 10 mins
web browsing and 5 mins of video it lasted just 3hrs 20mins. In
comparison the Alienware 15 lasted 5hrs 37mins. Admittedly that’s a much
thicker machine with a larger battery but we had hoped for a little
more. Certainly it would seem that despite being slightly more portable
than many gaming laptops you’ll still need to always have a power supply
handy. At least you can get back up to 40% battery with a half hour
charge.

MSI includes its own
little system management app with the GE62, The Dragon Gaming Center can
be used to: switch between Green, Comfort and Sport power modes; adjust
a few basic mouse, display and audio settings, access the other
supported utilities – GeForce Experience, Killer Network Manager and
Xplit GameCaster; and access some system monitoring readouts so you
can track system temps, fan speed and disk space, etc.

There’s a
fair amount of other less useful stuff installed too, including the
obligatory anti-virus software – in this instance it’s Norton, PowerDVD
and Magix MX Suite. All have their uses but largely we’re fans of the
XMG approach of asking the user exactly what extras they want
installing, or indeed if they even want an operating system. 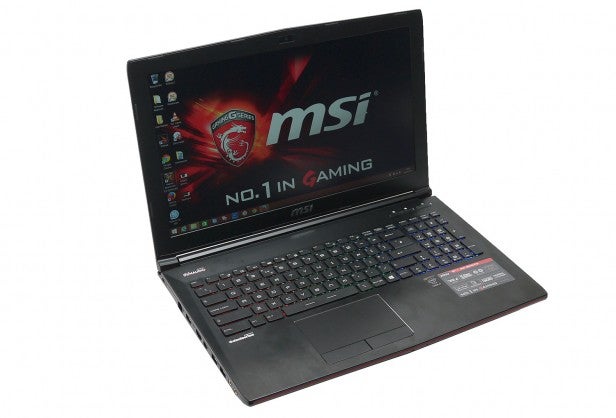 Should I buy the MSI GE62 2QD Apache?

There’s
technically a lot to like about the MSI GE62 2QD Apache. It’s slimmer
and lighter than many laptops of similar power and is competitively
priced.

It also looks okay and has some nice extras like the
quality SteelSeries keyboard and multi-colour backlighting. Combined
with an excellent screen, nice trackpad and good overall performance
it’s a solid contender for those after a mid-range semi-portable gaming
laptop.

However, it certainly isn’t perfect. The keyboard layout
is an issue we’d find insurmountable. Battery life is also somewhat
lacklustre and despite the use of some metal in the design it’s still
not anywhere near the level of a Razer Blade or Alienware when it comes
to design.

It’s also worth keeping in mind that other systems
that offer more configuration options may provide an overall system that
better suits your needs for the same money.

Next, check out our pick of the Best Gaming Laptops

The
MSI GE62 2QD Apache does enough to be well worth considering as a
slimmer and lighter alternative to your more typical bulky 15in gaming
laptop. Plus, for its price of just over £1000 it offers competitive
performance.  However, the keyboard layout and a few other minor
irritations means it doesn’t quite win us over completely.