I’ve always smirked and looked down upon ludicrous conspiracy theories surrounding our corrupt society and government filled with alien lizards. It’s silly and farfetched, reserved for those with tin-foil hats and nuclear shelters in their gardens.

So I’m all the more blown away when a franchise comes along that defies my cynicism, pulling me into a conspiracy-ridden universe that’s both compelling and self-aware. Mr. Robot presents an unrealistic yet entirely believable idea, and propels it to new heights with a distinctive setting and unique characters.

Mr. Robot is the latest in a long line of successful properties to be adapted by Telltale Games. Except this time, things are a little different. Mr. Robot is a text-driven adventure set in the show’s universe, exclusive for mobile.

Developed by Night Dive Studios (in the Telltale formula), it successfully revitalises a formula of which I’ve recently grown tired, repeating the magic I first felt back in 2012 with The Walking Dead; it creates an experience that wouldn’t feel out of place on the Atari 2600.

After picking up an abandoned phone on the street, I’m sent a mysterious text message hinting at a conspiracy that requires my involvement. I’m soon actively drawn into conversations with characters from the show, immersed in the mythos in a manner that feels natural and cohesive. Intertwining a distinct narrative with a pre-existing tale can often feel clumsy and shoehorned, but here it works surprisingly well. 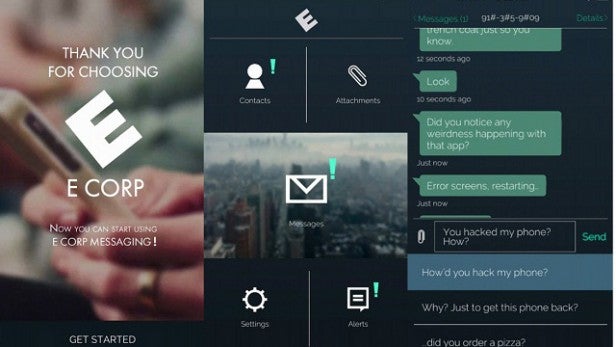 The flavourful traits and flaws of certain characters are translated brilliantly into a medium with nothing but text. I anticipated each new interaction, hearing their voices as I read. Unfortunately, waiting for the narrative to progress via text messages can take hours.

While realistic, this can sometimes slowdown the pace to a crawl. At one point I thought I’d encountered a bug after waiting eight hours for a single message, only to receive several at 2am. Despite this, the encroaching anxiety that accompanies each unfolding scenario is unique, distilled with a fleeting feeling of tension that adds drama to every encounter. You’re part of this story, for better or worse.

On the surface, Mr. Robot is a relatively straightforward hacking adventure, but it implements Telltale’s trademark decision-making in cleverly subversive ways. With each message I normally faced three decisions, all of which reflect a different mood, motive or subject. It isn’t always clear whether my actions had a significant impact on the plot, but I was constantly shaping my character as one with a cautious heart of gold who loved to mess with people.

None of this is particularly challenging, with the exception of a few moments where you’re asked to upload files or devise a plan with a contact of whom you may not be aware. As with many other Telltale games, the difficulty comes in making moral choices that may impact the overall story. Do you threaten a man and his family, or explain that you’re being forced to manipulate him against your will. Considering Mr. Robot is following a pre-destined plot-line, it can only go so far with its creative liberty. 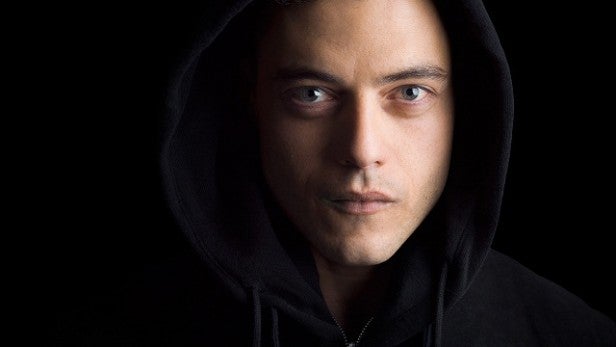 I was genuinely impressed by how realistic the experience felt. Taking place in a fictional smartphone OS created by antagonist conglomerate eCorp, Mr. Robot provides an entire device to mess around with.

The conversations I found myself in were full of typos and mannerisms you’d expect from a real person, giving each exchange an aura of legitimacy that makes it all the more engrossing. Considering how kooky and melodramatic Mr. Robot can be at times, this is a commendable achievement by Telltale.

The first episode of Mr. Robot is a solid yet slow start to a promising episodic adventure. It successfully translates the tension and intrigue of the show into a text-based experience that excels at times, despite its questionable pacing.