With all the choice available in the MP3 player market it’s often worthwhile to have a unique selling point, a hook to pull consumers in. MPMan has a wizard wheeze up its sleeve; it claims to be the inventor of the MP3 player with the MPMan F10 as developed by South Korean company SaeHan Information Systems.


Though that was all the way back in 1998, the MPMan brand still exists today with The Blade being the latest offering. It’s a diminutive device that’s only 7mm thick and weighs only 30g. It features a small 1.5in 128 x 128 colour display, audio and video playback, photo viewing, FM radio, voice recording, SRS WOW and two 3.5mm headphones sockets.


There are two editions of the player, a 1GB and 2GB, costing £80 and £90 respectively. Regrettably, this immediately puts The Blade up against some rather stiff competition with the likes of the iPod Nano and SanDisk’s excellent Sansa eXXX range of players available for similar money. 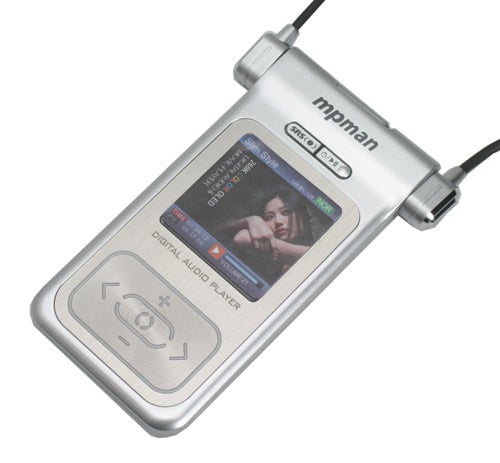 Clearly the response has been to pack The Blade with as many features as possible, and on paper there are reasons to be optimistic. The addition of a FM radio is always a welcome one, while you can also record radio as well as voice files thanks to an in-built microphone.


However, the video and photo viewing abilities are somewhat moot considering the minute 128 x 128 display. It’s difficult to imagine anyone wanting to watch videos or view photos using The Blade, and even if they did the need to convert videos into MSV files would likely put them off.


The Blade comes packaged with software for converting video files into MSV, a derivative of the MJPEG movie format. For testing I converted a 350MB video file into MSV, or at least I tried to, but because the source file name had dots in the title the software was evidently confused and failed to add the requisite tail.

MJPEG isn’t renowned for excellent compression, and this was confirmed by the fact that the file created was 228MB despite being reduced to the 128 x 128 resolution of the screen. A second test, using a file with no dots in the title, did produce a usable movie; albeit one that suffered from some synching issues when played on The Blade.


In short, it’s simply not worth the bother and the same can be said of the photo viewing too. With most people carrying mobile phones with cameras and larger screens there’s little reason to ever use the inferior little display of The Blade.


The topic of mobile phones brings us nicely onto the design, which has more than a whiff of Motorola RAZR about the shape and button design. Below the display is a set of buttons which function rather like a 5-way joystick with a menu button, next/previous and volume up/down buttons for controlling playback and navigating the menu. Unfortunately, these buttons feel rather stiff and aren’t very pleasant to use day-to-day.

Above the display is a Play/Pause button that doubles up as a power button, while to the left of it is the SRS/EQ button that switches between the various presets. On the top edge of the unit is a moderately chunky Hold button, and on either side are two 3.5mm headphone sockets. 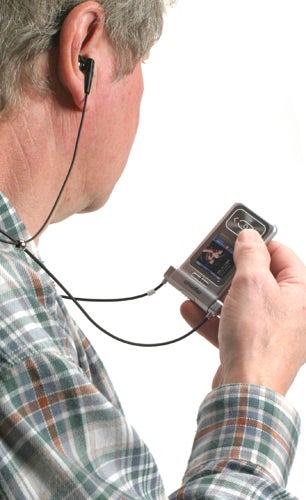 Of all the features, these are probably the most useful as they enable you to plug in two sets of headphones for easy sharing. The Blade also comes with a set of neck strap earphones that utilise both the sockets. This means you can carry the player hung around your neck, and it’s light enough to wear this way quite comfortably.


Unfortunately, the provided earphones are woefully poor and anyone with any sense would rather use a better set of third party earphones. Moreover, if one were to buy a third party set of neck strap earphones you wouldn’t be able to use them in the same way since you’re very unlikely to find another set with two 3.5mm plugs. As a result you’d have to hang the player slightly sideways, which rather negates the point of the design. 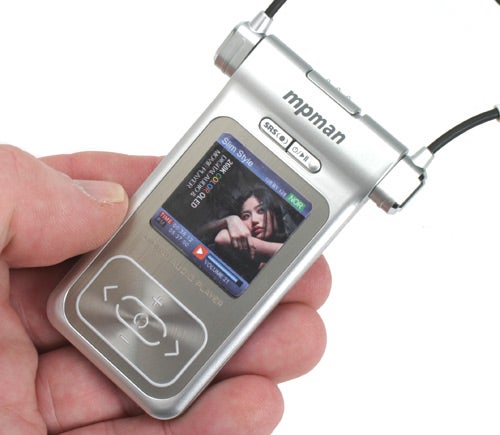 To add insult to injury the design of the The Blade means that, when wearing the player this way, you have operate it upside down – or twist it around to view it correctly. Since this is meant to be a key feature it seems incongruous that MPMan didn’t design it the other way around, putting the 3.5mm connections on the bottom of the unit rather than the top – just like the iPod nano in fact.

It’s a shame too because the lightness of the unit makes it perfect for jogging or going to the gym, where you could keep the player underneath a shirt. You can still use the player like this, but changing tracks or the volume is rather less intuitive than it could and ought to be.


Loading music onto the player is predictably simple, with The Blade acting as a removable drive. The player connects to the PC via a USB cable that plugs into one of the 3.5mm jacks – the device charges when connected to the PC too. Alternatively an AC Adapter is supplied with a USB socket, which is used in conjunction with the supplied cable.


Playing files is similarly uncomplicated, though it’s annoying that you have to go to an entirely different screen to change play modes. In general the interface isn’t the most attractive and easy to use either, taking a good deal of getting used to. 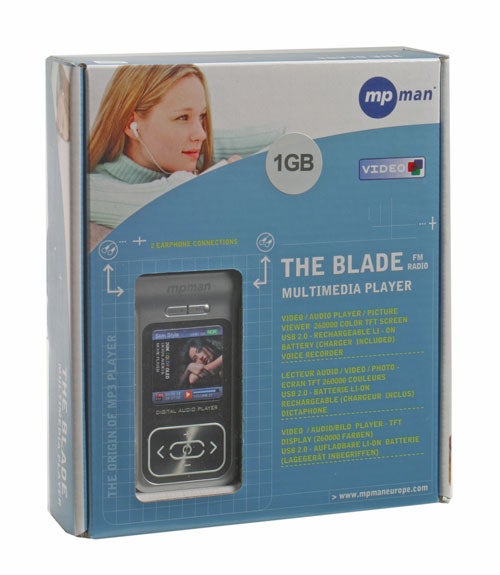 File support is fairly limited, though there is support for OGG audio files along with the ubiquitous MP3 and WMA formats. Of course, more formats could be added via firmware updates but it’s not a gamble worth taking.


Ultimately, it’s difficult to imagine why one would choose The Blade over more recognised players that are easier to use and better designed. You can get a 2GB iPod nano for the same price as the 2GB version, or an iPod Shuffle for the less than the 1GB version. Alternatively, there’s SanDisk’s Sansa range, which offers you a 2GB Sansa with a similar feature list for roughly the same price as the 1GB edition of The Blade.


The most that can be said about The Blade is that it does what it’s supposed to do; it plays music well enough and although the video and photo features are somewhat pointless they do at least work. Voice and radio recording add some other tempting features, but the overall design and price point of The Blade make it difficult to recommend.