Creating or editing a video is one thing, but getting it onto the player of your choice is another. It might be a PC, Mac, or something more portable, like an iPod or Sony PSP. One application that specialises in video conversions is Movavi’s VideoSuite, where even the company’s name describes how to move from Quicktime .mov files to Windows .avi ones. It’s cheaper than most of its competitors, so what do you get after you download a copy?


Unlike regular video editing applications, like Adobe Premiere, Corel’s Ulead VideoStudio and Avid’s Pinnacle Studio, Movavi VideoSuite is a looser collection of utilities. Each of these can be run from a start-up screen and they’re designed to convert, capture, edit, split, send a video message and burn a CD or DVD. The applets have clearer, more spacious screens than their rivals, partly because of this separation between tasks and partly because the Movavi programs are not as feature-rich. 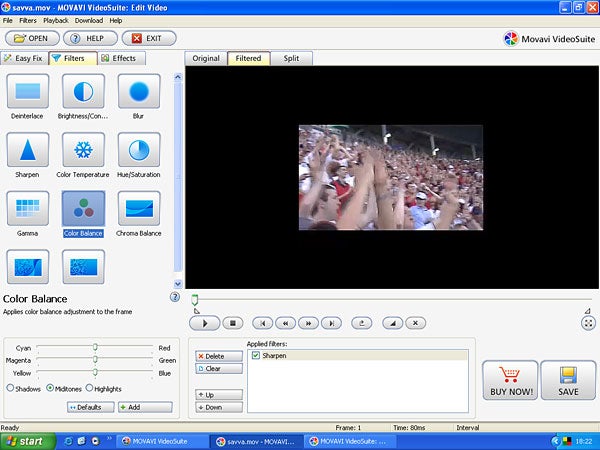 The first icon on the start-up screen shows the program’s roots most clearly. The Convert applet specialises in taking individual video files or complete CDs or DVDs and converting them from one format to another. As a source file it can take an avi, various mpeg types (including mpeg4), Video CD and DVD, wmf, asf, Mobile Video and of course, Quicktime .mov.


On the output side, the program offers all the above, but also specific support for iPod, iPhone, Sony PSP, a good range of mobile phones, Pocket PC and even the Zune player, if it ever reaches the UK.

We performed a few timings to see how long it takes to convert from .mov to avi, iPod, PSP and Pocket PC. Movavi’s converter performed well and is noticeably faster than free converters such as RER MOV. Starting with an .avi version of the same video, conversion was faster still, peaking at over 1MB/s when converting to a PSP-compatible file. The quality of the output videos was also good. There were some slight artefacts in the iPod version, but nothing that’s going to worry any but the most fastidious viewer. 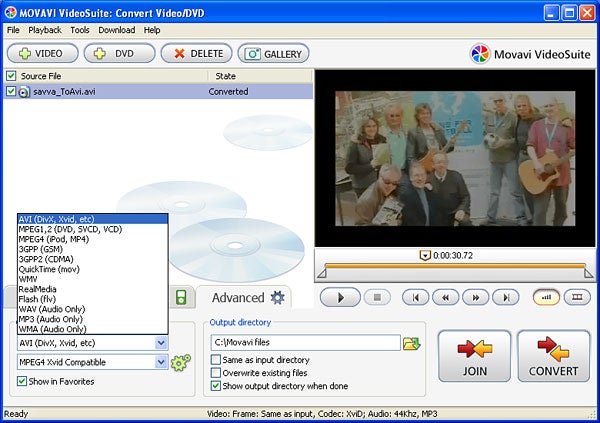 Following the process of video creation through chronologically, the first thing you do is capture video. The capture utility is simple in the extreme and relies on the capture facilities of your video card or hardware grabber. It’ll work with mini DV cassette or webcam, but there’s no scene detection and you’re limited to .avi as the capture format.

Edit Video is also a bit of a misnomer. There’s no timeline or storyboard in edit mode for example, only the opportunity to apply enhancements, filters and effects over the whole length or a selected section of a video. The enhancements are all automatic, so you can adjust contrast, saturation and white balance with just three clicks, or all three using the Magic Enhance button.


Results depend on the content of the video, with indoor scenes benefiting more than sunny, holiday footage, but the tools are worth experimenting with and can provide noticeable improvements. 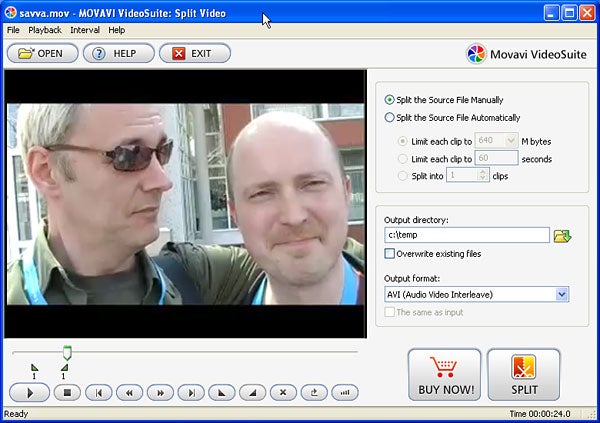 The Video Split applet enables you to split a video by length in seconds or megabytes or to divide it into a number of equal parts, but again there’s no attempt at detecting scene changes, which would be more useful. You can go in manually, run the video and flick backwards and forwards a frame at a time to set markers for splitting, but this is fiddly. 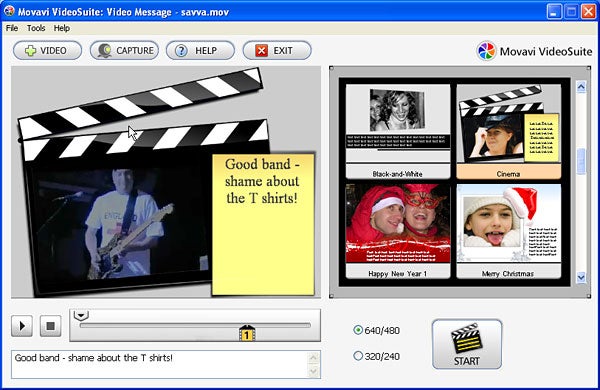 The Video Message applet frames your video with any of 26 pre-designed frames and enables you to add a text caption – that’s one caption for the whole video. The frames are generally greetings based with no noticeable themes, but are reasonably attractive. There’s no facility to add your own frames, though you can choose between resolutions of 320 x 240 or 640 x 480 for the finished message. 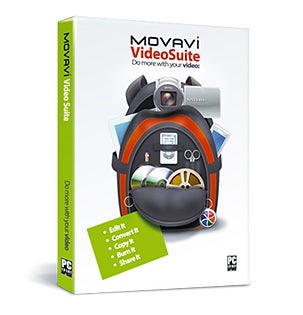 The final option is to burn a CD or DVD with the results of your work. It offers Video CD, Super Video CD, and DVD plus it can burn data and audio CDs as well. It also includes a CD and DVD copy facility and supports dual-layer discs. You could use this applet as a simple Nero replacement if you find that application a bit too techie.


Movavi VideoSuite reminds us of an early version of Paintshop Pro. OK, it’s aimed at video rather than still photography, but it has the same feel of a tool primarily designed for file conversion with other functions added on to bulk it up. There are plenty of things it can’t do, particularly on the editing front, but at half the price of its main rivals it will be all some home video makers need. And it’ll put those videos on virtually any player you require.