What are the Motorola VerveOnes+ Wireless Earbuds?

Running is simple enough, so why complicate it with cumbersome headphones that flap around or distract? Motorola hopes you’ll agree with that sentiment, which is why it’s built the VerveOnes+, a pair of wireless earbuds designed to be used while exercising.

The VerveOnes+ are part of Motorola’s recently launched spin-off brand, VerveLife. It’s self-described as a “collection of wearable, wireless and waterproof devices” that are meant to accommodate “on-the-go lifestyles”.

That all sounds great, but there’s a caveat to Motorola’s slick marketing; the VerveOnes+ will set you back an incredible £229.99, which is an especially high price for earbuds that don’t pack in any extra tech like a heart rate sensor.

And while I’ve enjoyed using them, I can’t help but question whether it’s fair to charge customers the price of an Xbox One S for a pair of (admittedly swanky) in-ear headphones. 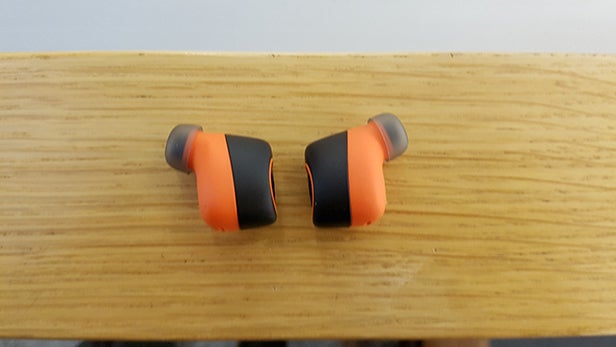 The VerveOnes+ are genuinely tiny; each bud is about the size of a marble, with a little silicone insert jutting off. They come in a gaudy black-and-orange trim that will split opinion (I think they look fine, for the record), and the only markings are an “L” and “R” to let you know which bud belongs to which ear.

There’s a single circular button on the backside of each bud that can be used to control music playback or phone calls. And on the other side, there are small pins for charging.

In fact, one of the best VerveOnes+ features is how they charge. The buds come bundled with a small, cylindrical pod made from plastic, and in that same black-and-orange paintjob. A swivel mechanism reveals the inside of the case, which contains two hollow grooves, packed with charging pins, where the buds can sit. Another swivel closes the pod, which can then be plugged in via Micro USB to charge up the buds. You’ll see a faint white glow when the buds are plugged in, so you’ll be able to tell whether the connection is secure. 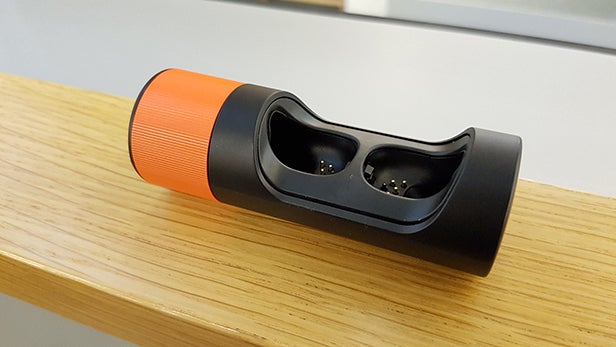 It’s a great approach, especially as wireless earbuds are notoriously fiddly and easy to lose. The concept of having a secure carry case that can also charge up the earbuds is something rival headphone manufacturers should borrow.

By virtue of the VerveOnes+ dinky form factor, they’re also impressively light. You don’t really notice the weight in your ear; I’d probably compare them to a peanut, but the VerveOnes+ are far less tasty. They fit well in the ear, although I found myself giving them a prod to re-secure the hold at least three or four times over the course of a 5K run, on average – no biggie. The fit is particularly prone to loosening when running down steep hills, thanks to the impact. But they’re comfortable, generally secure, and easy to re-adjust while moving, thanks to the absence of any wires.

Overall, I’d say that the design is what impresses me most about the VerveOnes+. It all seems very considered and well executed. And the fit is impressive for a pair of headphones without ear-hooks or wingtips. 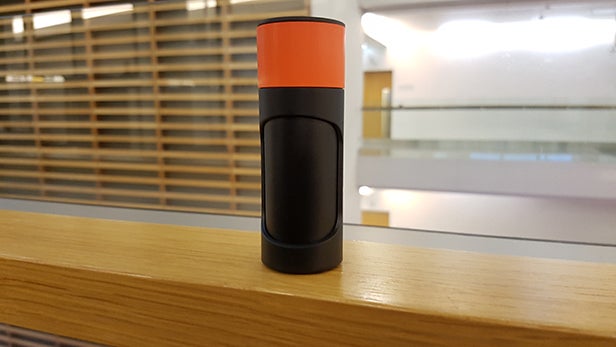 There’s not exactly an abundance of VerveOnes+ features, unfortunately. The only really sports-focused one is the IP57 certification. That means the earbuds are sweat-proof and waterproof, and can safely be dunked in water to a depth of 3m for up to 30 minutes. Nevertheless, I wouldn’t recommend doing that, and it’s absolutely not wise to go swimming with the VerveOnes+. Take the waterproofing as a handy fail-safe, rather than an absolute guarantee.

What it really means in practice is that you can go running with the VerveOnes+ in the rain, which is obviously useful for anyone in the ever-drizzly British Isles. I had no problems using the VerveOnes+ in damp conditions, in any case.

It’s also worth noting that the VerveOnes+ feature integrated dual microphones, so you can use them for taking and making calls. This also means they’re compatible with both Siri and Google Now, which is great if you want to know how tall the Leaning Tower of Pisa is while going for a run, as is often the case. But none of this is particularly unique. 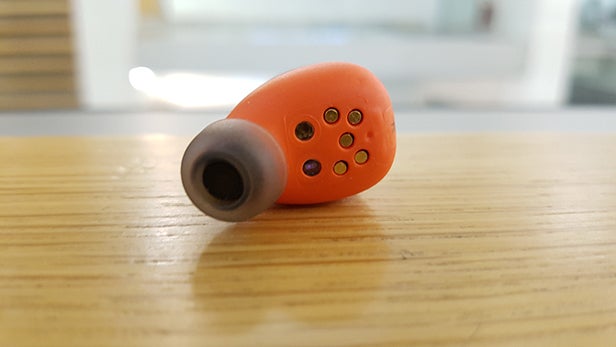 The VerveOnes+ work just fine on their own, but you also have the option of downloading the Hubble Connect for VerveLife app. One of the app’s best features is a map that will show you where your headphones were last connected, in case you lose them.

But most people will find better use from the equaliser, which gives you six different audio profiles to play with: Bass, Live, Brilliant, Balanced, Rhythm and Moto Sound. I’ll talk more about the sound in the next section, but I was glad there was at least some audio customisability.

But the Hubble Connect app isn’t without its problems. For instance, you can only connect to the app if you’ve docked both buds in the case. That means if you want to try out different equaliser settings on a song, you’ll have to keep re-docking the buds to switch between the modes. It’s more frustrating than it’s worth, honestly. Connecting to the app can also be a little iffy too, so you definitely need patience. 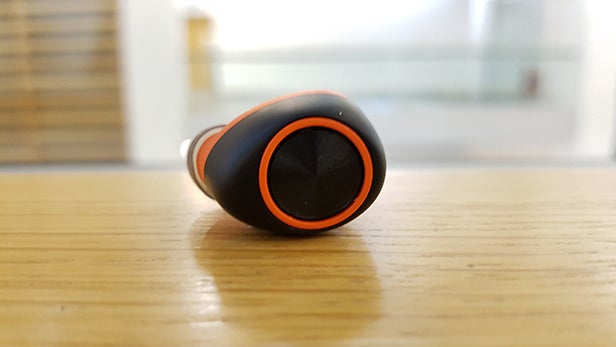 Perhaps my chief complaint would be that it would be nice to have some fitness-specific features, like distance-tracking or a heart rate monitor. Rival headphones, such as the Jabra Elite Sport, have managed to include a HRM for the same price, so why didn’t Motorola offer a more rounded package?

Performance was generally fine with the VerveOnes+. I’ve used them for a few months now, and I’ve only experienced a handful of connection drop-outs. And pairing a phone with the VerveOnes+ via Bluetooth takes a matter of seconds – they start searching for a device as soon as they’re out of the case. The range is good too; I can vouch for the 33ft Bluetooth range, although I can’t see why you’d ever need it.

The main niggle I have on the performance front is the consistency of the charging mechanism. A couple of times, I pulled out the VerveOnes+ for a run, only to find that they were completely drained, despite having been plugged in for hours. The buds always seemed secure in the dock, so I can only assume the charging pins are temperamental, or easily loosened.

But once charged, battery life was impressive. Motorola claims that the VerveOnes+ can manage 12 hours of music playback, but that’s by topping it up using the charging case. The buds themselves will last around 3 hours on a single charge. I never pushed that to its limits, but I used the VerveOnes+ for several one-hour runs over the course of a week without emptying the battery cells. I also used the headphones for a full working day while sat at my desk. This probably amounted to around four to five hours of music playback, and the VerveOnes+ survived well enough. 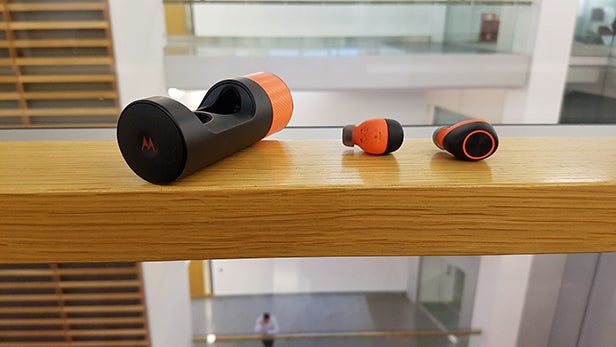 Sound was alright too, although if you’re a real audiophile, these probably aren’t the buds for you. I’d put them on par with the earbuds I got bundled with my Samsung Galaxy S7. I found better sound from the Jabra Sport Pulse Wireless headphones, for instance.

The problem is that the audio isn’t well defined, which can be a problem when you’re using them while exercising, due to the potentially heightened ambient noise. There’s plenty of bass for such small buds, but it’s thick and lacks subtlety. And the treble lacks the sharp clarity you’d expect from expensive buds – although sticking the “Brilliant” profile on does improve this somewhat.

The worst part of the audio package is the volume – it’s quite poor, and doesn’t offer sufficient loudness to get you really pumped while working out in a noisy environment, nor even just listening on the tube or a busy train. You might forgive this considering the dinky size of the VerveOnes+, but similarly small earbuds manage better, so I’m not convinced.

That said, if all you want is to jam out while going for a run around the park with your wireless headphones, you’ll manage just fine. 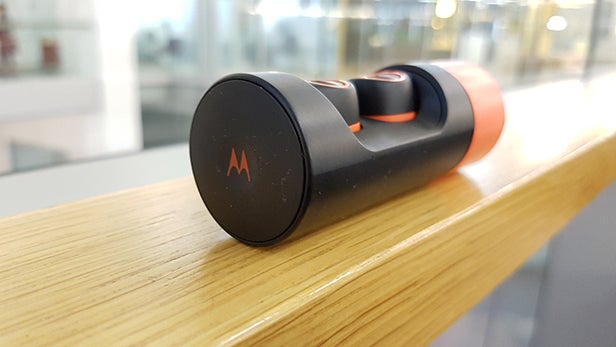 Should I buy the Motorola VerveOnes+ Wireless Earbuds?

While the VerveOnes+ are undeniably expensive, they’re not the only sport headphones with premium price tags. Bragi’s The Dash headphones will set you back a lofty £249.99, but come with 4GB of built-in storage for saving songs.

But there are certainly cheaper options. The Jabra Sport Pulse Wireless headphones can now be purchased for as little as £110, and even feature a built-in heart-rate monitor – although the two buds are connected by wires. Jabra has a truly wireless pair in the form of the Jabra Elite Sport on the horizon, so they’re potentially worth waiting for. And then there are Apple’s (highly controversial) AirPods, which cost a slightly higher £159 – still undercutting the VerveOnes+.

With average sound and a dearth of features, the VerveOnes+ is a hard sell. Their real worth is in their ergonomics – they don’t get in the way, the charging case is awesome, and the fit is reasonably secure. The VerveOnes+ might not be standout headphones, but they’re generally reliable, and that might be enough to justify the ludicrous price tag for some people.

But personally, I’d rather trade off the useful design for better sound and more features.

These well-designed earbuds win plenty of marks for design, but a mediocre sound and a lack of features make the price tag tough, if not impossible, to chew.