What are Motorola Stream earbuds?

Motorola has been making true wireless earphones for some time now, getting in well before the Apple AirPods were released and made them so popular. Now there are plenty of options on the market.

Very few cost under £100, however. This is where the Motorola Stream earbuds come in. At £80, they’re a more affordable alternative to Apple’s AirPods and the Sony WF-1000X.

The feature list is obviously shorter, but you do get a handy charging case, water-resistance and decent audio performance. 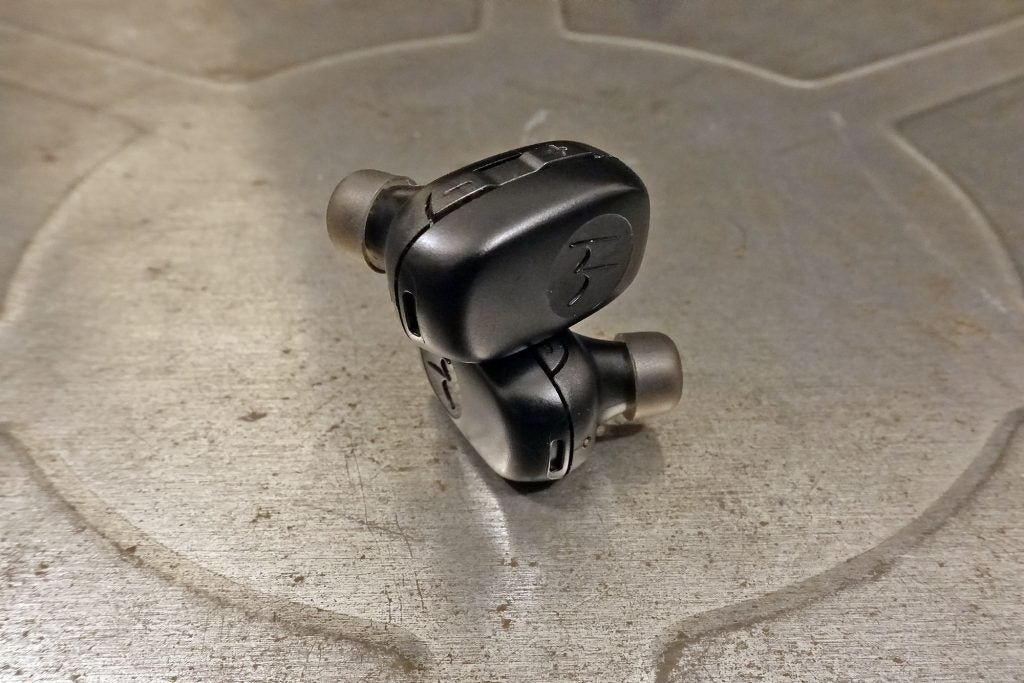 Design-wise, it appears as if Motorola has decided to make anti-AirPods. The Motorola Stream aren’t white, they’re black. They’re not elongated with a section that hangs down; they’re condensed into a nugget that sits in your concha with little overspill.

Fit is a little fiddly – the small size of the buds mean there’s little leverage for wiggling them into your ear. I found it best to insert them upside-down at first, which helps to get them in, and then rotate them into place. There are three sizes of ear tips – be sure to experiment, since a good seal is important for getting the best sound.

Once they’re in, they stay put comfortably. No amount of head-banging dislodged my set from my ears. If, however, you’re worried about them staying in, also check out the Motorola Stream Sport. These are basically the same device, but come with additional ear hooks.

Motorola has managed to fit in three buttons per earbud: volume up/skip, volume down/rewind, power/pairing/play/pause/call. Press the volume buttons at the same time and you’ll hear an announcement about the battery level. 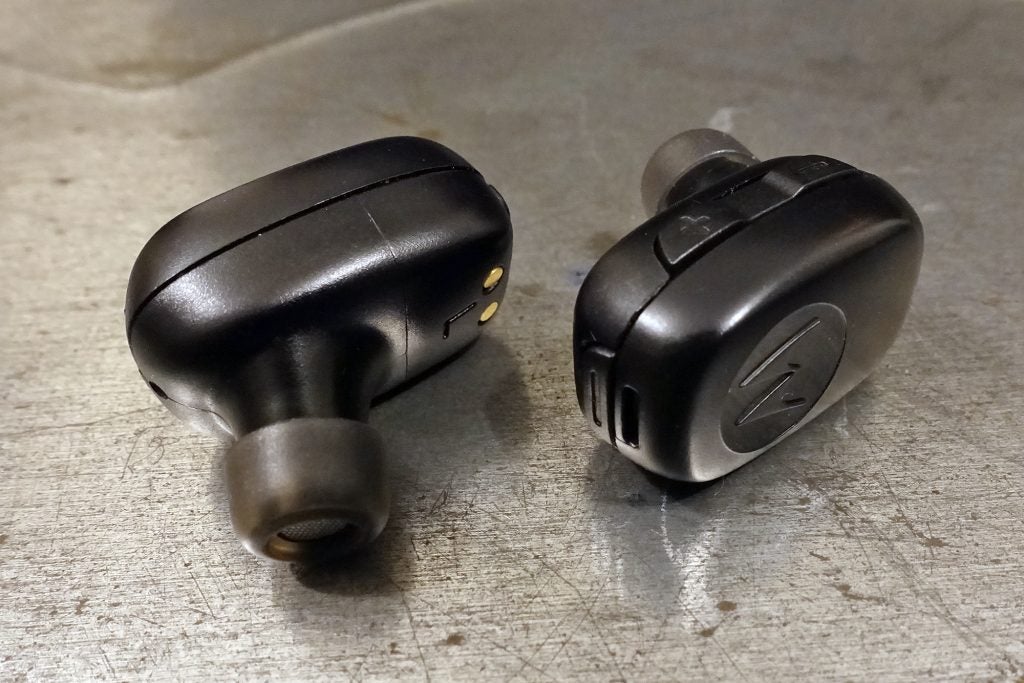 Since there are controls on both earbuds, you could technically go mono for calls. Call quality is fine, although there isn’t much in the way of background noise cancellation. One thing I didn’t love was having to manually power up each earbud. I was hoping they’d automatically switch on when removed from the charging case.

The Motorola Stream earbuds are certified IP54, which means they’re resistant to water splashes and dust. You can happily exercise and get sweaty with them in your ears; just don’t go swimming with them.

As with most true wireless earphones, the Motorola Stream come with a carry case that doubles as a charger. The buds themselves offer a two-hour battery life, and the case can provide two full charges, making for a six-hour total. The case itself charges via micro-USB.

Two hours of charge isn’t particularly generous. Most buds offer at least three hours’ battery. The cheaper KitSound Comet earphones offer four hours on one charge. Still, there’s enough to get you through most commutes. 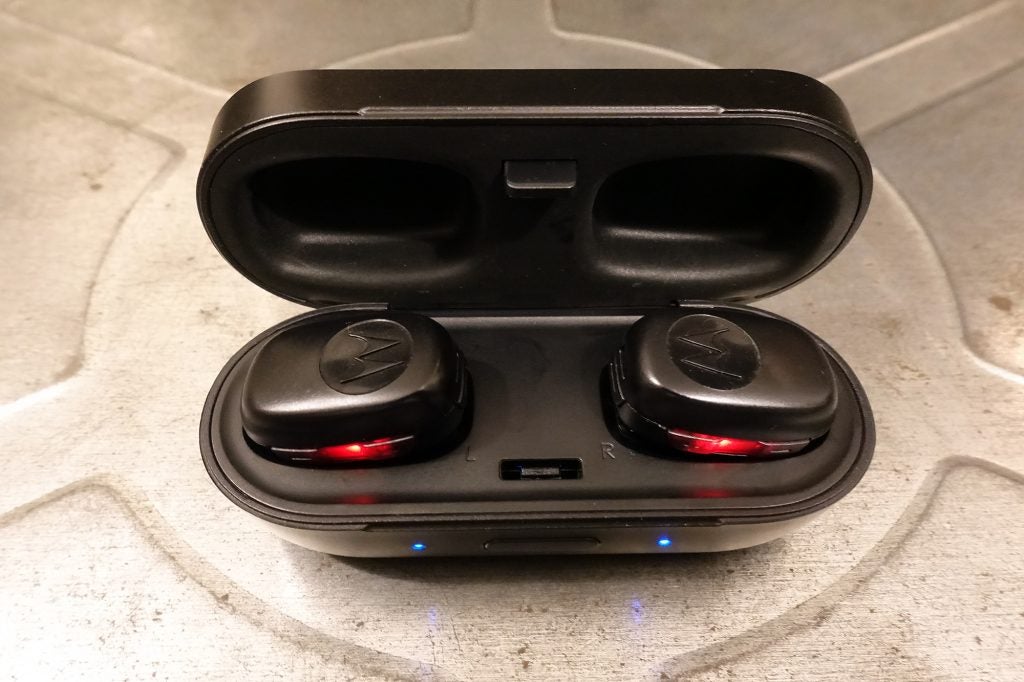 Performance is surprisingly good, considering the price and the fact that most rivals cost well into triple figures.

The earbuds offer a nicely balanced sound, with a neutral character and no undue emphasis on any part of the frequency range. There’s a good sense of power, and music never feels flat. Treble and bass could do with a little more headroom, but generally, there’s a decent level of dynamism.

There’s a satisfying amount of detail – enough that instruments have texture and character; although for outright nuance and subtlety, you’d be wise to opt for better (and pricier) alternatives, such as the Sony WF-1000X. You don’t get a huge soundstage, but the sound never feels cramped, and there’s a decent stab at a stereo image.

Sadly, there is an audible hiss, which often affects wireless headphones. It isn’t hugely distracting, but you’ll certainly pick it up during quieter performances.

Connection is excellent. The buds stayed firmly linked to each other and to my phone, and I never experienced dropouts or desynchronisation. This isn’t too surprising, given that these Motorola-branded buds are actually made by Binatone, a company with wireless experience in walkie talkies and cordless phones. 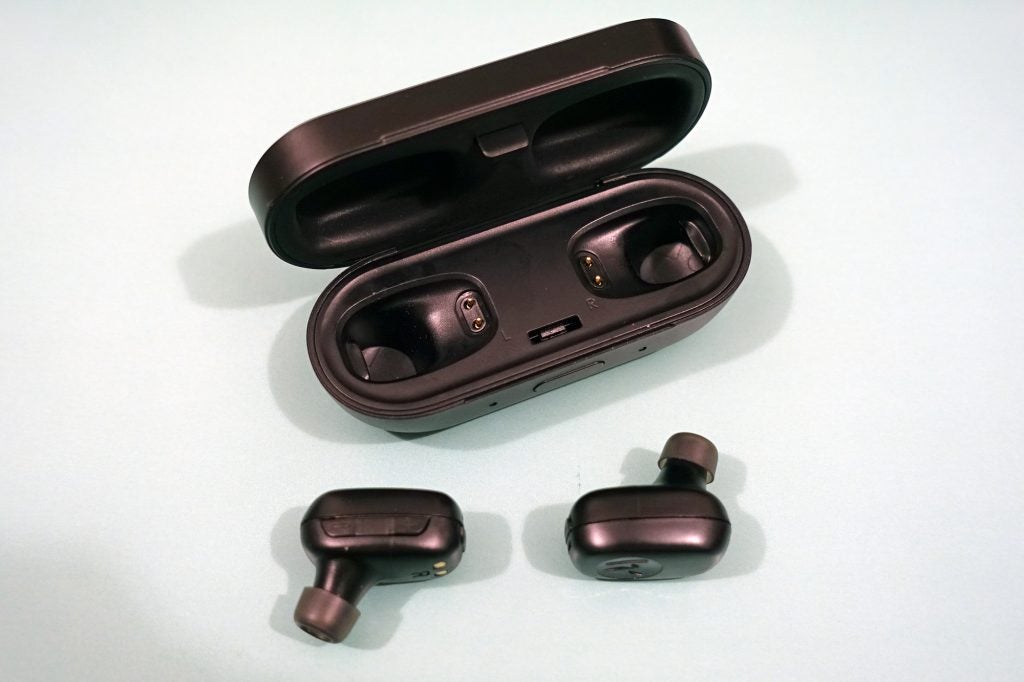 Wireless earphones are still a young category, and prices tend to be pretty high. Motorola Stream offers an affordable alternative. They’re not the best out there, but they provide a decent mix of performance and features. If you want to cut the cord, the Stream are a solid choice for the money.

If your budget is bigger then there are better alternatives with a greater number of features, such as the Sony WF-100ox. They cost more than twice the price of Motorola Stream, though.