Motorola’s SLVR is a well known handset, but oddly it slipped through our net when it first appeared. The SLVR has been through a few iterations, like Motorola’s other capitalised handsets the RAZR and the PEBL, and I’m going to look at an incarnation of the SLVR designed to do good, the SLVR L7 Red.


My review unit came from O2 but the other big three network operators, Vodafone, T-Mobile and Orange also stock it.


Wherever you go to buy it, the principal behind the SLVR L7 Red is the same. When you buy the handset £10 goes immediately to the Global Fund to help eliminate AIDS in Africa. Thereafter, five per cent of what you spend using the handset is contributed to this fund by your network operator. 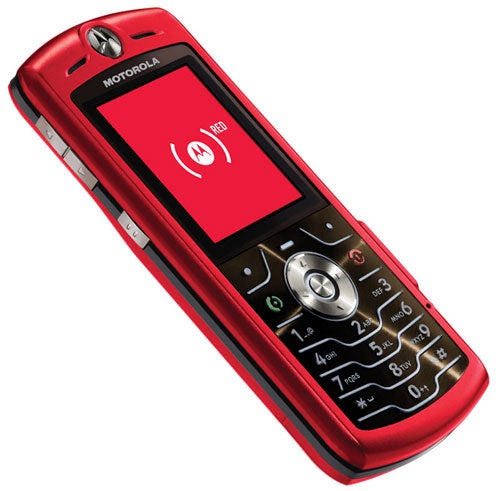 So you could think of the SLVR L7 Red as like one of those charity affinity credit cards. All you need to do is make the initial purchase, and thereafter you are making a contribution without even bothering to do anything.


The Global Fund to help eliminate AIDS in Africa was set up in 2002, and given a real boost when the (RED) campaign was launched by Bono at the start of this year. The SLVR L7 Red is one of a number of ‘RED products’ you can buy to support the campaign. To learn more about the campaign click (linkout:http://www.joinred.com/facts.asp). It’s certainly a good cause, though I have to wonder at all those capital letters and brackets. Motorola’s product naming team must feel right at home.

Anyway, this is great, but of course the handset needs to fit your needs, so let’s take a look at the SLVR L7 Red.


The SLVR may have been around for a while but every time I see one I marvel at how thin it is. Just 11.5mm thin, in fact. You could stand two SLVRs on top of each other and still have a handset thinner than many others. At 113mm tall and 49mm wide its ‘footprint’ is similar to that of many other handsets, though.

As you’d expect from these dimensions, the SLVR L7 Red is light. At just 96g I can’t remember having seen a lighter phone (there is the Samsung SGH-P300 – ed.), with the exception of the non RED incarnation of the SLVR – for the record that handset is black.


The casing is metal, and of course, the SLVR L7 Red is coloured red. And I mean shiny, blood red. On the front of the casing the colour is limited to a frame all around the edge, but on the back the only non-red areas are a couple of logos and the small section of the top of the casing occupied by the lens of the built in camera. The handset’s wallpaper and a screen saver are appropriately themed, but you can change them both if you like.

The SLVR L7 Red has that familiar flat keyboard that is also used in the RAZR and PEBL. You are going to either like or loathe it. The keys are identified by raised numbering and separated by horizontal raised strips. You may find fast texting difficult, but number dialling shouldn’t be a problem.


I rather like the rounded silver navigation button, though it is a little small and stubby thumbs might find it a problem.


Picture quality is reasonable but not outstanding. Shooting stills on a sunny day with the capture mode set to ‘sunny’ I still found bright colours over exposed and colours in general a little washed out. To help overcome this you can twiddle with the exposure settings using the navigation pad. This also provides quick access to the 4x digital zoom. 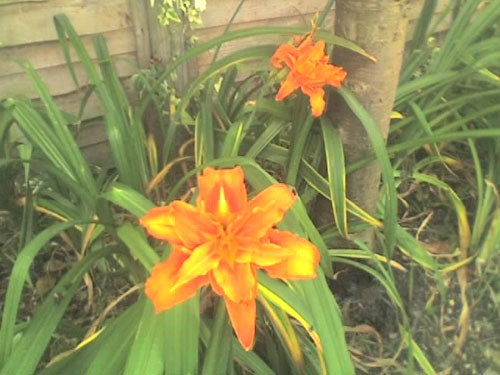 You can shoot video too, at 128 x 96 or 176 x 144 but you are only going to want to replay this on the handset and not anywhere else. There are unlabelled keys on the left and right edges which start the camera and video shooting modes, and a volume rocker on the left edge too.


The music player delivers fairly good quality sound and the navigation button does a good job of providing playback controls, but you are limited to a headset which uses the same mini USB port that is used for charging and very irritatingly if you want to leave the player to go and do something else – check a diary appointment, play a game, or shoot a picture for example – playback stops and you have to manually start the track back from the beginning.

There is just 5MB of internal memory, which won’t keep you snapping for long or store much music. You can bump this up with microSD cards (also known as TransFlash) and the slot, which has a nice rubber protective cover, is on the bottom right edge of the handset. This edge is also where the mains power is delivered to that mini USB port.


The SLVR L7 Red is quad band GSM with GPRS, and will handle POP3 email. There is a browser which supports WAP and xHTML. Other applications include a calendar, calculator and alarm clock – all pretty standard fare. There is Bluetooth but no infrared.


Battery life is quoted at 400 minutes talk time and 350 hours standby. I used the handset for a good number of calls and some music listening over a period of about a week and found myself wanting to top up every evening, though I suspect you could go for a three day stretch if you limit the music playback.


If I were looking to buy a new handset, the fact that I would be supporting a good cause without having to think about it, could sway my decision. Plus, the cause supported here is certainly one I’d be happy to choose.


The Motorola SLVR L7 Red is a decidedly average handset, though, and as such it may not have the broadest possible appeal. What I’d really like to see is Motorola take its affiliation with (RED) further, and put more of its handsets into the scheme. There are lots of incarnations of the PEBL, for example, so how about a (RED) one, as well as a (RED) RAZR? That’ll do for starters.