It’s not exactly a vote of confidence when your new owner essentially says that you’ve got 18-months of duff products to get through before you can launch something with a bit of ‘wow’ factor, but that’s how Google’s CEO, Larry Page, described the company’s current problems with Motorola.

That said, having using the Razr HD it’s difficult not to conclude that Page’s comments were a little harsh. The Razr HD may not be going for broke with an amazing spec, but there’s still plenty to like about this upper mid-range handset. Our review model was supplied by Expansys, where you can buy it Sim-free for £409.99. 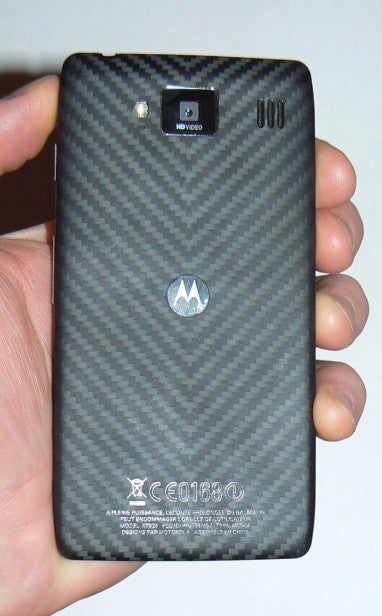 Like the Razr i
that we looked at back in November last year, Motorola has used Kevlar
(the same stuff bullet proof vests are made of) on the rear of the
phone. Obviously one of the benefits of Kevlar is that it’s much tougher
than other materials, but it’s also useful because unlike metal it
doesn’t impede wireless signals.

Oddly, for something so strong
it actually feels quite soft to the touch – a little like the rubberised
finish on the likes of the HTC One X. Motorola has embedded a jagged,
chevron pattern into it, which may not be everyone’s tastes, although it does
help the Razr HD stand out from the crowd.

To give it a slightly more premium feel a grey metal band circles the edge of the handset, and the corners have been cut away slightly to lend it a more aggressive air.  The phone is reasonably light at 145g and it’s pretty slim too at just 9mm thick. As with most Motorola phones build quality is top notch. Motorola has even made it splash proof, although sadly not fully waterproof like Sony’s Xperia Z. 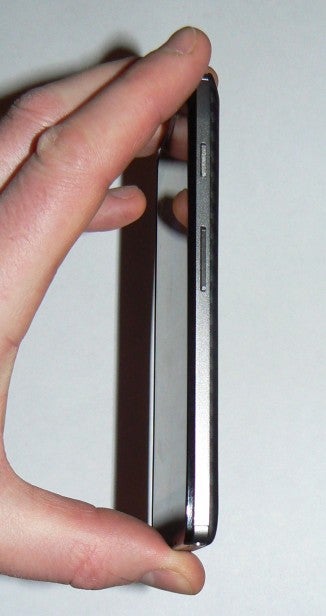 When it comes to controls the power/lock button has been shifted to the right hand edge so it sits above the volume rocker switch. Both of these buttons are made from metal and Motorola has added a roughened texture to the top of the power button, so it’s easy to tell without looking at it that your pressing it rather than the volume button.

The Razr HD has a sealed design, which means that you can’t change the battery. Thankfully though, it does have an SD card slot positioned next to the microSIM slot. Both of these are hidden behind a cover that needs to be released via a pin hole, much like the SIM slot on the iPhone. Beneath this there’s not just a microSD port, but also a micro HDMI port, so you can connect the handset directly to a HDTV without the need for an MHL adaptor. There’s no microHDMI cable supplied in the box though, so you’ll have to buy one separately.

Like many of Samsung’s Android handsets, the Razr HD uses an OLED screen. It’s a fairly large 4.7-inch display, and it’s got a resolution of 720×1280 pixels, which is sort of standard at the moment on 4.7-inch phones, although some 5-inch handsets are starting to offer 1080p resolutions. 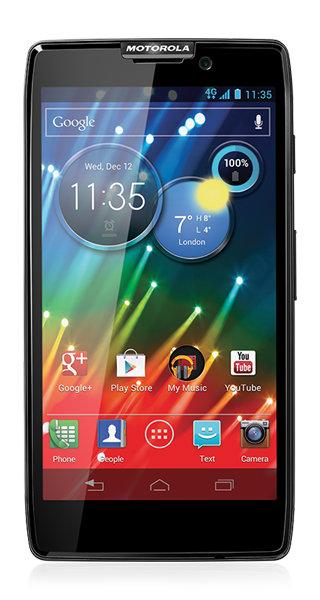 Nevertheless, the first thing you noticeable about the display is just how bright it is. Its black levels are cavernously deep too, which helps video to look very impressive. Colours are bold, but like a lot of OLED displays, whites (such as the back ground on most webpages) have a slight blue-ish tinge and overall colours don’t look quite as accurate as the IPS displays used on the iPhone 5 and HTC One X. Nevertheless, a lot of people prefer the slightly more in-your-face look of OLED screens, so really it comes down to personal preference and the screen used here is definitely one of the best OLED displays we’ve seen on a 4.7-inch phone.