It is quite a while since I’ve reviewed a handset from Motorola. Back in June I took a look at the ROKR E8 and the Z10, but since then there hasn’t been a lot going on. Regular TrustedReviews readers will, for instance, know that Motorola is in a spot of bother, but then that is hardly a unique position at the moment.


So it is with an open mind that I take a look at the MOTOZINE ZN5 which I found at prices up to £50 on Pay Monthly from O2 as I wrote this review. This handset was announced mid-year and at the time it was thought of as something of a coup thanks to twinning up with Kodak on the camera front.

Yes, the camera only shoots to 5-megapixels when we’ve had a flurry of 8-megapixel jobs in the recent past – with Sony Ericsson’s offering still to be reviewed by me. But as I keep repeating, megapixel count alone is not enough, and the Kodak involvement could be a real boost. We’ll see.


All the camera capability in the world is only ever part of a phone’s appeal, though. With that in mind I’m not really sure why Motorola has decided to ignore 3G and instead make this phone a quad-band GSM handset with GPRS and EDGE. This is doubly eyebrow-raising as the phone does have Wi-Fi which I’m much more used to seeing coupled with 3G than without it. 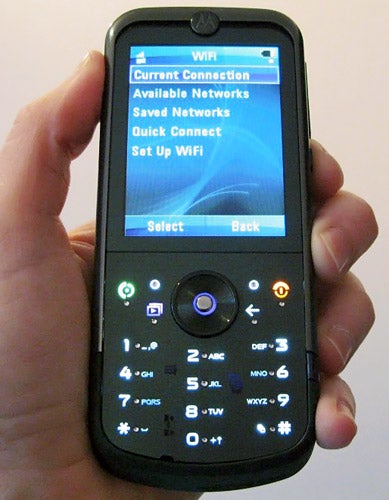 This is a big beastie of a phone, and in my view a bit too tall for comfortable pocketing at 118mm. It is 50.5mm wide and for the most part 12mm thick, though this rises to 16mm at the camera lens. It weights 114g. Build quality is good. The battery cover is metal and the rest of the casing feels tough.


I quite like the grey and black colour scheme which when coupled with the front button lights that offer a Christmas tree like combination of white, purple, green and red looks quirky but not unattractive. Purple is a very important colour here with camera related buttons and screen theme all using it.

At least Moto has been able to get a reasonable sized screen into the front fascia to compensate for the carrying bulk. It measures 2.4 inches across diagonal corners and displays 262 thousand colours. Its 240 x 320 pixels is par for the course but the net result is sharp and bright enough. 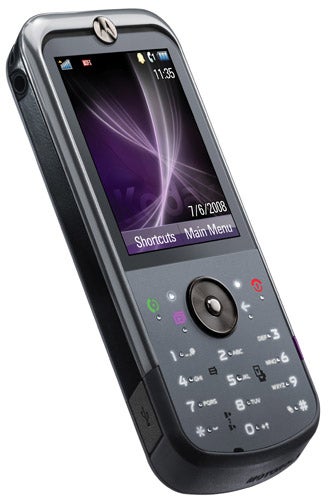 Where the ROKR E8’s entire touchpad was a completely changing touch-sensitive display with haptic feedback – to the point where the number pad disappeared at times, the ZN5’s is a bit more restrained and only offers special keys when you are in camera mode. The number pad itself is always present, with numbers backlit brilliant white. However there is a quirk. Well, this wouldn’t be a Moto handset without one, would it?


There are tiny raised pimples marking out every button. The whole button pad is flat apart from the raised D-pad, and the pimples help you find what you are aiming at with a fingertip when that fingertip is unhelpfully covering up a sizeable area of the fascia. But the pimples aren’t backlit and visually they clutter things up. Ergonomic? Yes. Visually attractive? No. 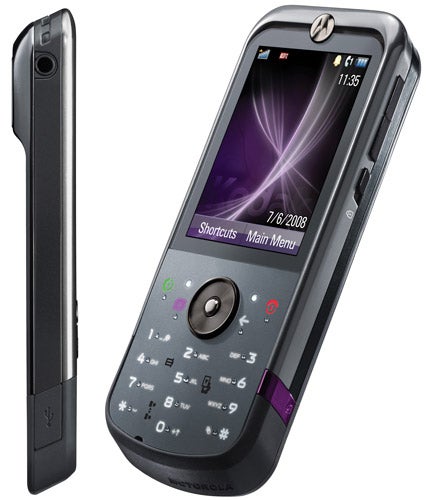 Of course this phone plays music and it does so quite well. I’m a big fan of the fact that Moto has managed to put a 3.5mm headset slot on the casing, though its location on the top left edge is a bit awkward when it comes to pocketing the phone. I prefer the top edge every time. But on the other hand Moto supplies an AV cable which uses this connector to send screen contents to your TV which is potentially quite a plus point.


Battery life for music playback is above average. I got six hours 17 minutes from a full battery charge. It fared better during real life testing. I got through two days at a time between charges, though had to go easy on the Wi-Fi to meet that target.

The ZN5’s camera pops into action when you slide the slightly flimsy lens cover away. It has autofocus and a Xenon flash, plus multi shot and panorama modes, too.


Three new front buttons become available when you are in camera mode. Before you shoot an image, a button taking you to the camera gallery sits near the ‘5’ key. After you’ve taken a shot, a trash button and one that lets you share photos by MMS, email, Bluetooth or uploading to Kodak’s Image Gallery pops up. These are efficient and easy to use, and I like them. I also like the way you can use the D-pad to set up the shooting mode and flash. It is really easy and fast.

The coloured dish was photographed indoors under normal household lighting with the flash off and it is not as bright as I’d have liked. Of course I got better results with the flash, and there is a ‘low light’ setting for better quality flash-free indoor shots.


The macro mode disappointed a little. The carnivorous plant was photographed indoors with light from a window on it and the shot is not as sharp or clear as the similar photograph taken with the 8 megapixel Samsung Pixon. The camera was at its best outdoors and the white chair is a perfectly acceptable photo.

I’m a bit nonplussed by the micro USB slot that is used for mains power supply. Yes I know that is the way things are going, but it is still irritating at present because plenty of devices use mini USB and I need to carry two cables around.


I’m also not too happy about the fact that the microSD card slot is under the battery. Moto provides a 1GB card to augment the 300MB of built-in memory. On the other hand I like the side-mounted lock button.


Other features of this handset include three alarms, calendar, calculator, IM, to do list manager, notes application, Web browser, email, FM radio, voice recorder, a couple of games and ShoZu for uploading photos and video to the Web.


Motorola’s partnership with Kodak has a way to go before it can rival the best camera phones, but I’d like to see it develop further. Overall, this is a chunky phone with quirky if distinctive looks. It is a reasonable mid-ranger, but Moto needs to up its game in this very competitive segment of the market. 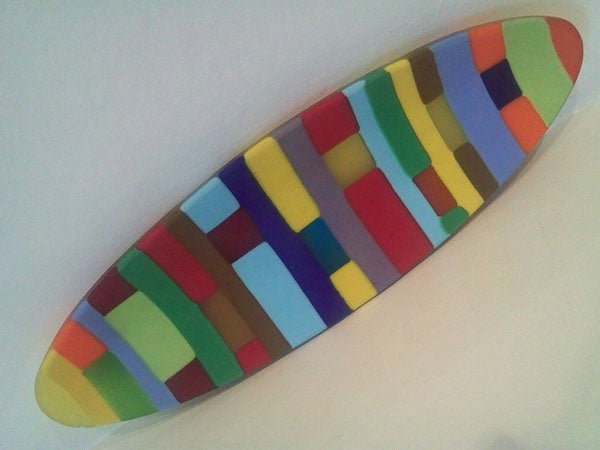 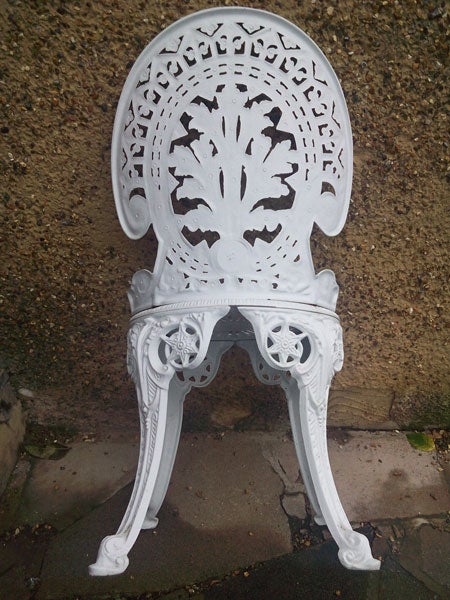 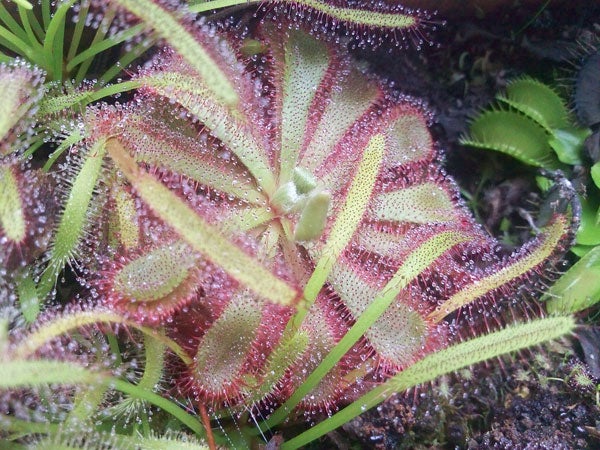