We might not like the way Motorola names its handsets here at TrustedReviews, or the way it seems to have caught itself in something of a design rut in recent times with its flat-keyboarded, size zero wannabe looks.


But the company doesn’t seem to show much sign of retiring either of these conventions yet, and here we are with two new RAZR handsets on the cards. One of these is the MOTORAZR Maxx, the other is the current review handset the MOTORAZR V3xx.


We haven’t actually reviewed a RAZR incarnation before – unless you count Riyad’s glance at one in passing when he reviewed BT Fusion, so hold onto your hats as I take the plunge. 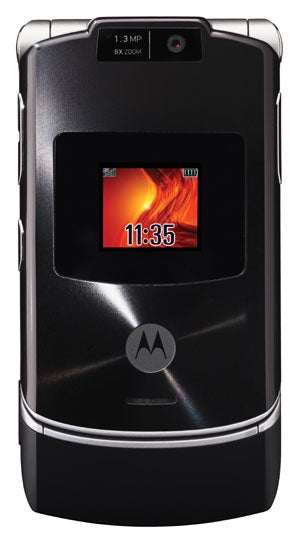 Like a lot of Motorola’s handsets, the MOTORAZR V3xx is not at the leading edge in terms of specifications – apart from one thing. It supports HSDPA at speeds up to 3.6Mbps. It is the first handset from 3 to support HSDPA at this speed, and if you buy it you will be way ahead of the curve. However, you might as well be spending your money on a chocolate teapot. Having checked with Three’s marketing people, I learned that this HSDPA speed is slated for appearance ‘hopefully’ in the first half of this year, but there’s no firm commitments there. Of course, the phone will chunter on at standard old 3G where there is a signal.


Design wise the MOTORAZR V3xx won’t surprise anyone familiar with the RAZR concept. This is a flip phone which, when in closed mode is a bit taller (102.9mm) and wider (53mm) than seems appropriate. It just feels a little large to hold comfortably. It isn’t exactly thin at 14.9mm and shades over the magic 100g barrier at 107g.


For an extremely thin alternative take a look at Samsung’s SGH-D830 (just don’t try opening it with one hand – ed).

Like many other Motorola handsets the flip does not stretch the full height of the front fascia – there is a 15mm plus lip of full handset thickness along the bottom front edge. The front fascia and back casing is mostly black with a few flashes of silver round the edges and at the point where the flip meets the lip.


Sitting in the front casing is a small 65 thousand colour CSTN screen 19mm wide and 16mm tall which displays 96 x 80 pixels. It looks a bit lost in the vastness of the outer shell, and both it and its large frame picked up more fingerprints than a US immigration worker. The remainder of the front outer casing is mostly shiny and managed to look grimy without trying.


Open up and we move from black with silver trim to silver with black trim. The two plus points of large clamshells shout out at this point: the main screen and number pad are both relatively large. 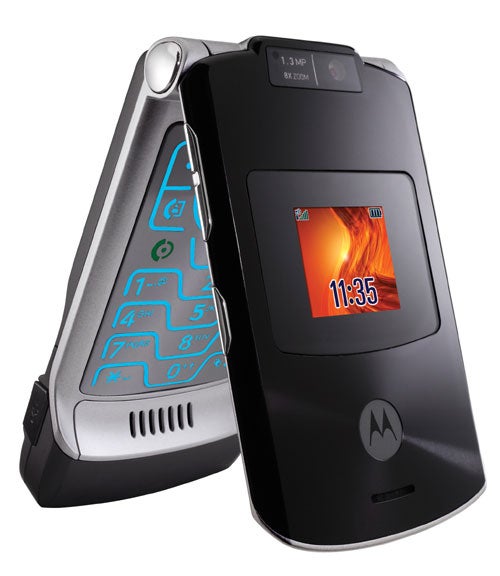 The main screen is a TFT and manages 262 thousand colours in 320 x 240 pixels and fits into an area I measured at 55mm corner to corner, 34mm wide and 45mm tall. It is clear, sharp and bright – impressive and up there with the best screens I’ve seen on any handset.


The flat style RAZR number pad I have to admit, never really liking no matter how often I see and use it. I like the tactile feel of real buttons. Nevertheless I have to say in its favour that definite progress has been made since the earliest of Motorola’s flat number pads.


In particular, the buttons are all large, they are separated by slightly raised lines, and the numbers and other elements glow blue (of course it has to be blue) in dull conditions all of which make it relatively easy to use.

As an HSDPA handset the MOTORAZR V3xx is capable of video calls, and there is a small VGA camera buried in the hinged area between screen and keyboard for the purpose. While the super fast HSDPA is something of a draw, in every other respect the MOTORAZR V3xx is, as I noted earlier, a shade behind the times. 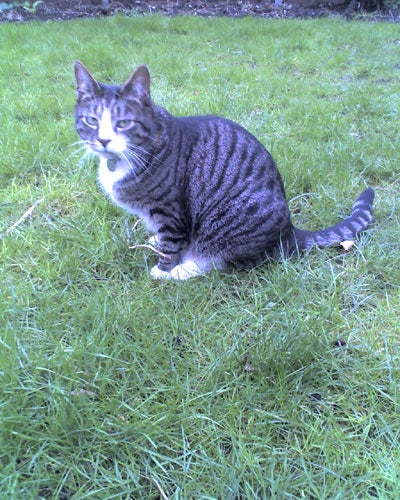 The main camera shoots at up to 1.3 magapixels, which is far below the average megapixel count these days. Its lens sits on the front flip so that when the phone is opened it faces outwards while when the phone is closed it faces towards you. You can use the front screen to frame shots of yourself but with no side key dedicated to activating the camera you have to start it running with the flip open. At least this is a one-step process as the camera software responds to a softmeu button.


The lens didn’t like being too close to its subject and moving the handset even very slightly while taking a shot resulted in blurred images. Taking pictures of anything that moved was a real challenge. It took many, many tries to get the sample shot of the cat, and even then there is a bit of blurring around his face – shaky handed types take note. 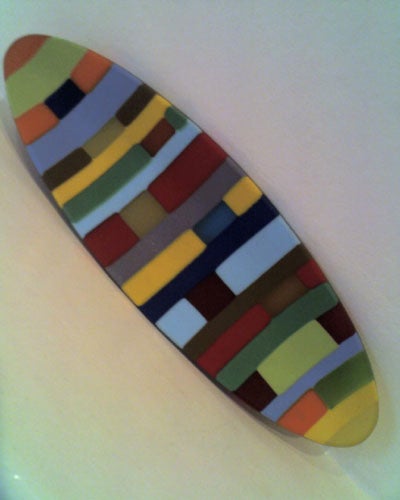 There is a music player on board which copes with MP3, AAC and WMA file formats. It produced reasonable quality sound from the device speaker and really quite impressive quality music through a headset. There is 50MB of built in memory and a microSD card slot under the battery for adding more song storage.


As far as sound quality goes I could quite happily listen to tunes through this phone, but there are two problems with it as a mobile music player: the MOTORAZR V3xx has a mini USB type headset connector which means it is difficult to use your own preferred wired headphones, and the battery life is appalling. I got a shade more than four hours of continuous music played from a microSD card. Four hours 11 minutes to be precise. This is pretty poor and getting through a daily commute and lunch hour on a single charge could prove challenging. 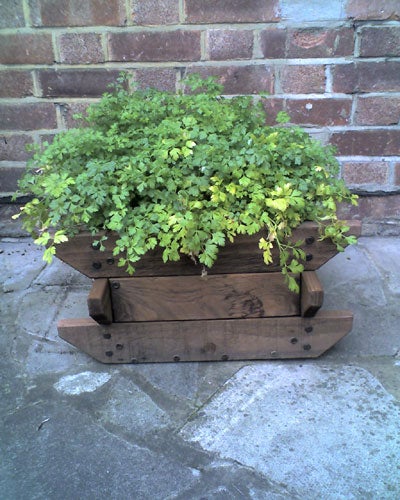 
The MOTORAZR V3xx feels a bit like ‘more of the same’ and its only saving grace from that moniker is the 3.6Mbps HSDPA support. I’m not sure that’ll be enough to earn it a place among the top flight collection of handsets, though. In particular the camera and battery life are serious let-downs.