The previous Motorola H15 Bluetooth headset we looked at was a bit of an ugly duckling, but thankfully the H780 is an altogether different affair. Measuring 47mm x 18mm x 12mm it’s got a more traditional short and thin boom design and its grey and sliver finish is much more pleasing to the eye.


The headset is also very light, tipping the scales at a featherweight 11g. In fact it’s so light that after you’ve had it in your ear for a while it’s easy to forget it’s there. In part this is also because the H780 is so comfortable to wear. Motorola supplies a range of earpiece covers so you can pick one that fits snugly in your lug hole. One of these has a small hoop on the back to allow you to use the headset without the over the ear hook, which is more comfortable if you wear glasses or are using the headset while you’ve got your sunnies on. 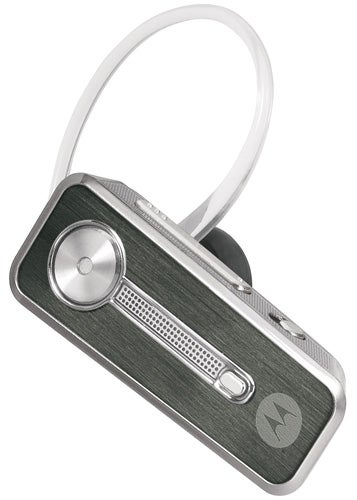 Most headsets make do with a minimum of buttons and switches, but with its four controls the HS780 is like the space shuttle’s control panel in comparison. Along with the main call handling button there’s also a volume rocker switch, an on/off switch and a button to control the noise cancelling feature. The volume rocker has a different numbers of raise dots on each side so you can tell by touch which side you’re about to press. However, the headset also gives you an audio cue by producing ascending and descending tones as you increase and decrease the volume.


The dedicated on/off switch is handy for saving battery life, but the presence of the button to turn on and off the noise cancelling feature is a bit bizarre because you can only turn it off during a call – the headset always enables noise cancelling by default when you pick up a call.

The H780 uses Motorola’s EasyPair system, which makes it a tad easier to pair the headset with a phone or other device. The EasyPair idea is quite simple, but pretty effective and negates the need to remember a complex button pushing sequence to get the headset into pairing mode.


Essentially, every time the headset is switched on it automatically goes into a quick pairing mode. This means that to pair the headset with a phone all you have to do is set your phone into search mode, flick the power button on the H780 and wait until phone finds it. Once it has been discovered by your handset it’s simply a matter of entering the standard 0000 pin code into your phone. The headset’s LED will then flash between purple and blue for a couple of seconds to show that the pairing has been successful.

The H780 supports multipoint so it can be connected to two devices simultaneously. For example you can have it connected to your mobile at the same time as your laptop, or keep it connected to your work and personal mobile at the same time. Stetting this up isn’t straightforward, however, as once you’ve paired it with one handset, you then have to turn both the headset and phone off, before powering the headset back on and pairing it with the second phone. The last phone paired then becomes the primary phone, while the first one takes on the role of the secondary phone. It’s important to know which is which as last number redial and voice dialling only work with the primary handset.


All the usual call functions you’d expect are supported on the H780 as it conforms to the Bluetooth hands-free and headset protocols. However, unlike some models from companies like Jabra it isn’t compatible with A2DP. It’s not a huge loss on a mono headset, unless of course you’re deaf in one ear or use your headset to listen to the news or sports updates from your phone’s onboard FM tuner.

The H780 uses Motorola’s latest CrystalTalk technology. This employs a combination of dual microphones (an external one to pick up background noise working alongside the usual one you speak into) plus noise cancelling circuitry to block out unwanted background din. In use it works very well indeed. For example, callers reported that speech was still extremely intelligible and there was relatively little background noise on calls made from a packed Oxford Street in London during the busy Christmas shopping period.


Like Motorola’s other recent headset, the H780 is charged via its micro USB port. With micro USB becoming increasingly standard for smartphones and even more normal mobiles, it means that it’s going to reduce the likelihood that you’ll have to carry two chargers with you in future. That said, Motorola does provide both a mains charger and a neat looking (and quite weighty) desktop charging dock in the box. It takes about two hours to charge the headset fully and once charged you’ll get around seven hours of talk time out of it. As most headsets struggle to make it to the five hour mark in terms of talk time that’s pretty impressive. 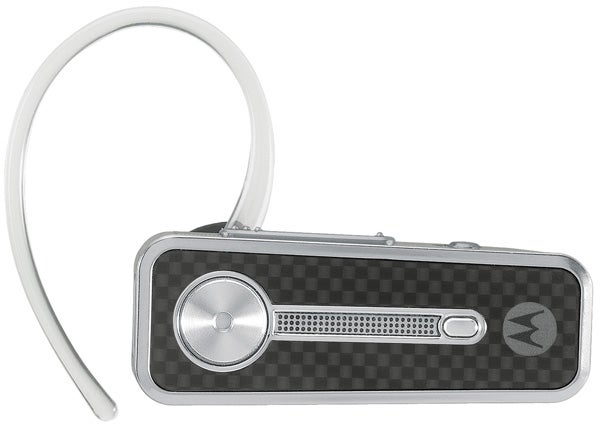 As with most of the headsets on the market now the H780 doesn’t have a dedicated battery indicator. However, you can get a rough gauge of how much talk time is left by pressing and holding down both sides of the volume rockers switch. This causes the headset’s LED to light up with one of three colours to indicate the battery level. Green means you have four and a half or more hours left of talk time; yellow means you have between four and a half and two hours; while red means you have less than two hours left. The headset also switches colours as it’s being charged to indicate how much juice is in the battery – a simple, but welcome feature.


The H870 is one of the best headsets around at the moment. It manages to match good looks with great performance. Both call quality and battery life are top-notch and it’s comfortable to wear even for long periods. If you’re in the market for a Bluetooth headset then it definitely should be on your list of top models to check out.