What is the Motorola Focus 68?

Home security cameras are ten a penny, but the top models tend to be expensive. The Motorola Focus 68 is a cheaper alternative, with a 720p camera sensor and reasonably priced cloud storage plan to keep your recordings safe.

A slightly clunky app and Flash-based web interface slightly detract, making this a better option for occasional use.

As you might expect given the low price, the Motorola Focus 68 is a rather basic-looking camera. It’s made out of shiny black plastic, which, while unobtrusive, feels quite cheap on picking up the camera.

Bizarrely, the Wi-Fi antenna sticks out from the rear of the camera; it looks a little odd. It’s the first camera I’ve seen in a long time that doesn’t integrate the antenna into the body of the device. Motorola has fixed the Focus 68 to a stand, which offers plenty of movement. Thanks to the camera’s light body, the micro-USB cable doesn’t drag the Focus 68 around – a problem I’ve experienced with some cameras. You can also wall-mount the camera, if you prefer.

The Focus 68 is set up, configured and managed by the Hubble app (iOS and Android), which is also used for Motorola’s range of baby monitors. Getting the camera connected to my home network via this app proved straightforward.

The camera has a 720p sensor, which is a fair compromise given the Focus 68’s low price. At this resolution, you lose some detail in the image, but can still see clearly what’s going on.

For motion detection, the Focus 68 has five sensitivity modes. There’s no way to mark motion detection zones, so the settings apply to the full image. Still, with the options available, it’s possible to reduce false positives. Motion detection has a scheduling mode, so you can define when you want to receive alerts. But I couldn’t find the place in the app to set a schedule. Motorola’s help page insists the setting is in Camera Settings, Notifications, Motion Detection Scheduling – but that wasn’t an option for me.

Sound detection is built in, with the camera providing a notification if it hears anything suspicious. There are three levels of sensitivity (Low, Medium and High), but I found the camera was sending notifications constantly, so I turned it off.

Unrelated to security, there’s also temperature detection, with the camera making you aware if it’s too hot or cold. This could be useful in the absence of a smart thermostat, if you want to keep track of your home’s temperature.

Two-way chat is built in, too, so you can speak to anyone in your house. This could be handy for scaring off a would-be thief or just talking to the dog when you’re out. And, you can play a melody through the camera, although quite why you’d want to play some rather generic piano-based muzac escapes me.

From the app, you can drop in to view the current live stream, and turn the camera on or off if you’d like some privacy. The app is fairly quick to connect to the stream. There’s also a web interface, although this was horribly slow in my experience, and it requires Adobe Flash. My advice is to stick to the app.

To get the most out of the Focus 68, you need to sign up for a cloud plan. Without one, the camera won’t make any recordings, turning it into a basic monitoring system.

The mid-level package will make sense for most people, but if you have only one camera then it’s very expensive and in the same league as the excellent Nest Aware. The advantage of Nest Aware is that you get continuous recording so that you can scroll back through all footage. Motorola’s plan only stores motion-triggered clips.

Clips are easy to browse, with the Hubble app giving a thumbnail preview of each, so you can more easily select the one you want. Clips can be downloaded to your phone, providing a way to save vital evidence. 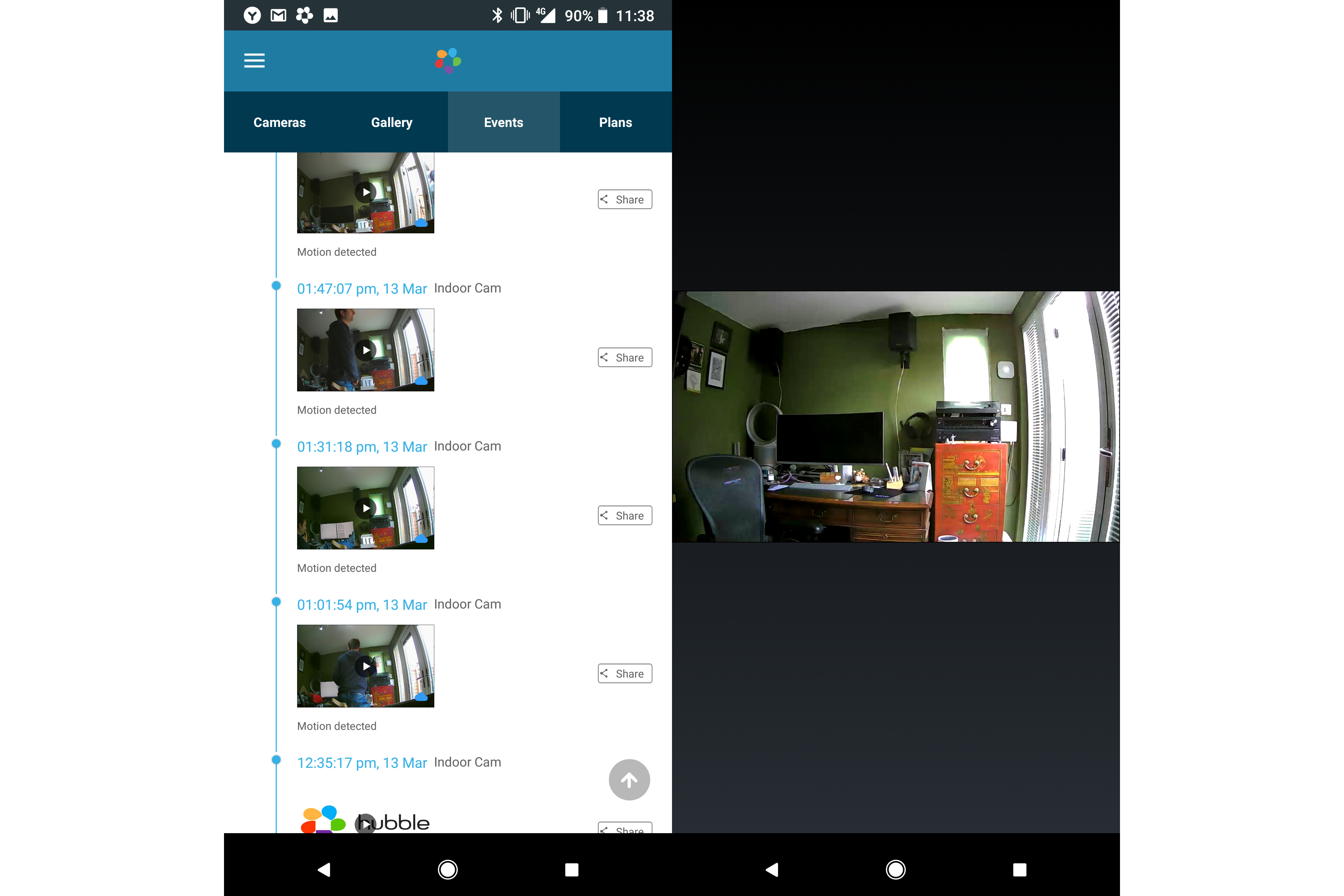 Video quality is quite basic. The 110-degree lens pulls in most of a room, giving good coverage, but the footage isn’t the best I’ve seen. High levels of compression added some banding into the image, and when there’s a lot of movement – a person walking around, for example – the level of detail drops. That said, there’s still enough in the image to recognise faces and people. 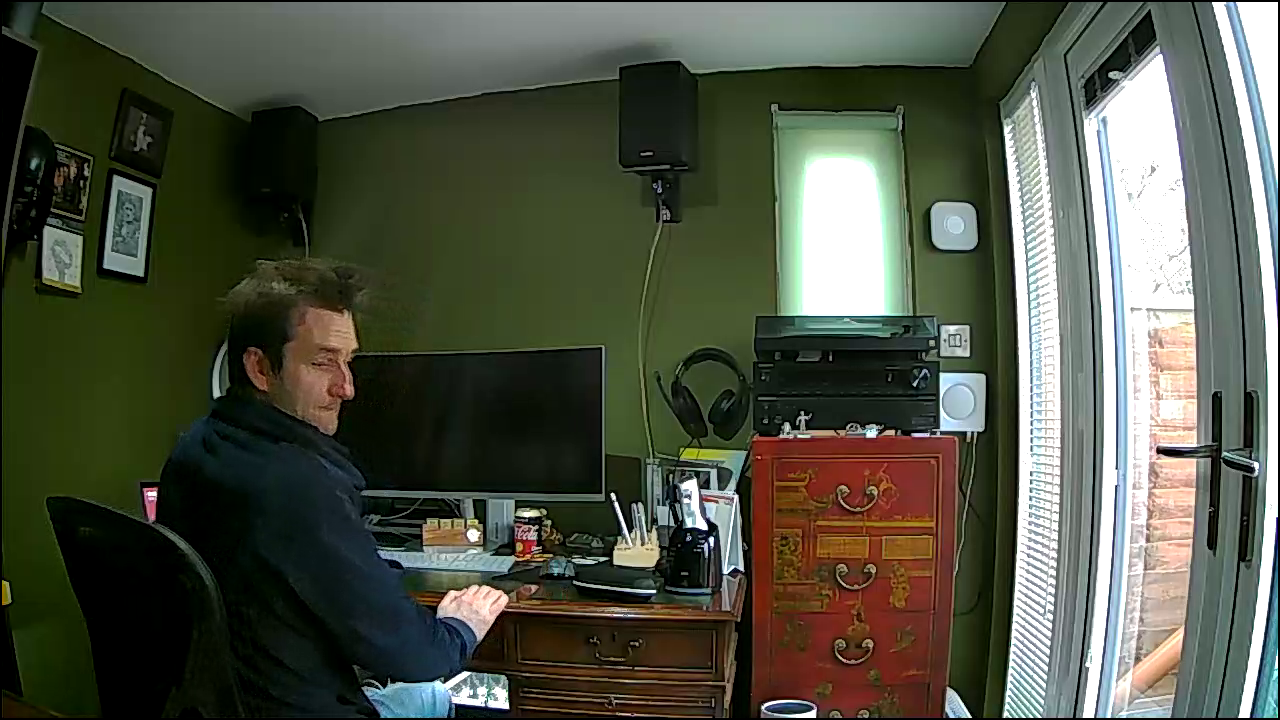 At night, the camera flicks on its IR LEDs automatically. Night vision managed to light up my test room sufficiently. As with all cameras, viewing using IR mode reduces detail in the video image, but it’s still possible to identify people.

Motorola has no voice-assistant support, so you can’t, for example, view footage from the camera on the Amazon Echo Show. There’s also no IFTTT support, which is a shame, as you can’t trigger events based on the camera picking up movement. For example, it would be handy to be able to turn on lights automatically when the motion was detected.

Works with Nest integration is nice to see. The rules let you add your Nest Thermostat’s current temperature and mode to the main dashboard, and for the camera to notify you if Nest Protect goes off.

Why buy the Motorola Focus 68?

I can’t knock the price of this camera. If you want a simple unit for basic monitoring, the Motorola Focus 68 is an excellent choice. The app works well for the most part, too. 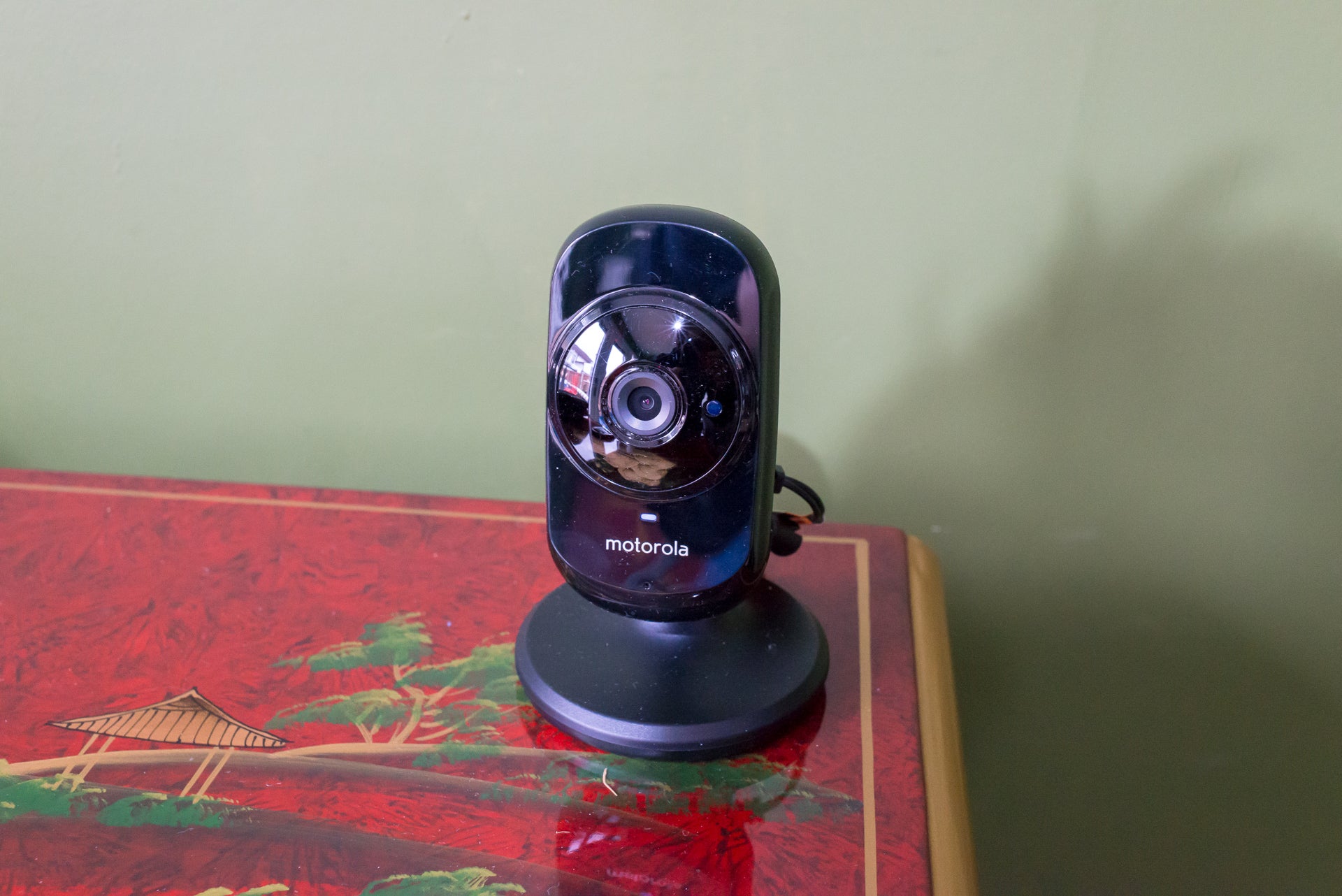 The main problem is that cloud storage is relatively expensive for the middle package if you have just one camera. And, the fact that the scheduling options didn’t work for me detract from the whole package.

Ultimately, if you want more than just a cheap camera for monitoring, you’ll have to part with a bit more cash. The Netgear Arlo Q is easier to use with aa greater number of features. Stretch further, and the Nest Cam IQ is the best-quality security camera I’ve reviewed to date.

A simple camera for basic monitoring, but the fiddly app and relatively expensive cloud plans let the side down.