Normally when someone says a phone is rugged you’re put in mind of something under-featured and bulky, and brightly coloured too. Motorola, however, has taken a different tack, modestly improving the resilience of a fairly typical touchscreen smarphone, making it water-resistant and more able to cope with the bumps and knocks of everyday life. The result is the Motorola Defy.


Available for £260 SIM free, it’s modestly priced as well, so if you’re the practical type that has avoided taking the smartphone plunge for fear of ending up with a £500 paperweight, this could be the perfect phone for you.


While the Motorola Defy doesn’t totally give up its styling to the gods of ruggedness, there are a few nods here and there. Torx-head bolts clamp the side sections to the rest of the chassis while secure rubber flaps cover the headphone and microUSB sockets. Otherwise, it’s a fairly generic looking Android smartphone with matt black plastic back and black glossy screen surround.

The front looks great thanks to the single piece of glass that fills it and gives it a neat, uncluttered look. The display fills a large portion of this glass panel and below it sit four touch sensitive buttons (Menu, Home, Back, Search). The screen is made from Gorilla Glass, which is tougher than your average glass so should well resist scratches. Overall though, we’re not entirely sure how well this phone would survive being dropped onto a hard surface. We dropped it a few times onto carpet and it was absolutely fine but we rather suspect a tarmac or concrete floor would result in the odd chip to the corner of the screen. At least it won’t be the weight of the thing that pulls it out of your hand as at only 119g it’s decidedly light for this type of phone. 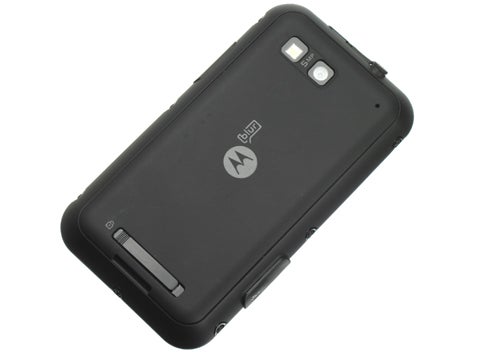 The display itself is an LCD panel measuring 3.7in that has a resolution of 480 x 854 pixels. It’s wonderfully sharp and detailed and produces pretty good colours, though it can’t quite match the saturation and contrast of AMOLED displays. Viewing angles are also very good, though again not quite up there with AMOLED alternatives. 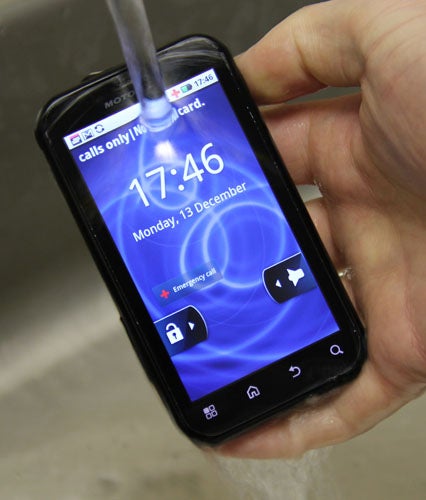 As to its ability to keep out water, we held the phone under a running tap for a few minutes and it survived intact. Again, we’re sure if you really tortured it by grinding it into boggy ground for 20 minutes, it would probably look a bit worse for wear, with that mud working its way into the earpiece and such like. However, should it fall out a pocket while you’re at a muddy festival or careening around some bike trails, it will be good as new after a quick run under the cold (or hot) tap. 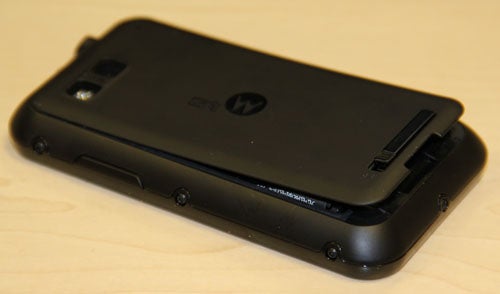 To keep out water, as well as the plugs for the external sockets, the back plate is held on considerably more securely than your typical phone. Slide the reassuringly stiff lock across and the plate pings upwards, revealing that it has a pronounced curve to it. This curve forces the back plate down onto the rubber lips that run round the edge of the battery compartment, wherein access is gained to the 1500mAh battery, SIM slot and microSD slot, which comes occupied by a 2GB card.

Also on the back is a 5 megapixel camera with an accompanying LED flash. There isn’t, however, a shutter button so you have to use onscreen controls. Performance of the camera is okay with it loading in a couple of seconds, focussing near instantly in good lighting, and managing a couple of shots every three seconds. Results are okay with a reasonable amount of detail and decent colour reproduction but as always we’re really only talking about shots that would be acceptable for having a laugh with friends. Also, in dark conditions, despite the flash, things can get pretty blurry and high ISO noise is very noticeable. Also, as always, we’d prefer to see a Xenon flash. 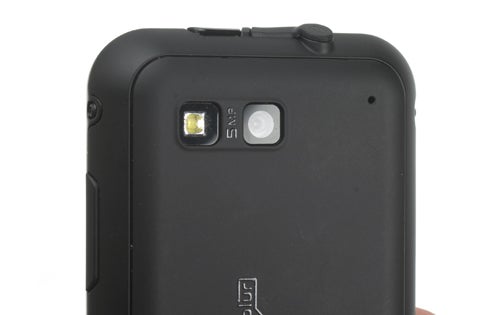 Despite only having VGA video you get a surprisingly watchable clip from the video camera on this phone. Unlike some Android phones, the exposure adjusts nice and smoothly and the footage is generally more than watchable.


When it comes to the Defy’s software, we had been lead to believe Motorola was ditching the customised version of Android it called MotoBlur. However, with this phone it’s back with a bang. 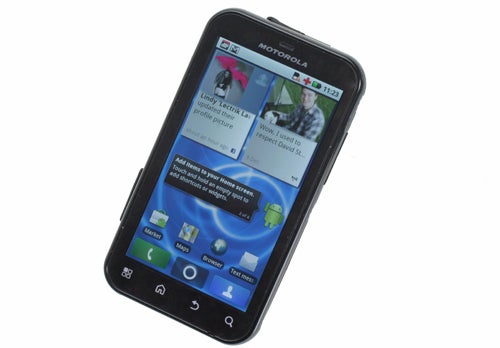 With Android 2.3 only just released, you won’t be surprised to hear this phone isn’t running it, however you may be a bit miffed to learn it’s in fact only running a modified version of 2.1. This means you miss out on an improved UI (though of course Motorola has modified this anyway), Exchange support with remote wipe and calendars, better camera and gallery apps, and improved performance, all of which come with 2.2. However, while all these tweaks do add up, the Defy still feels very capable and reasonably speedy too.


Under the bonnet there’s an 800Mhz TI OMAP3610 processor and 512MB RAM, neither of which are class leading components but nonetheless this phone feels responsive. It’s certainly not up there with the fastest phones with just a slight hint of stutter as you navigate between pages on the homescreen or scroll through lists, but by using a minimum of widgets (as I prefer to) it’s more than enough to get by.


As to those modifications, Motorola has changed the default shortcuts at the bottom of the screen with the Dialler, App list, and Contacts available from left to right. An annoyingly fixed number of homescreens are on offer with three either side of the default central screen. Each screen is clearly marked by an increasing number of dots from the centre outwards. 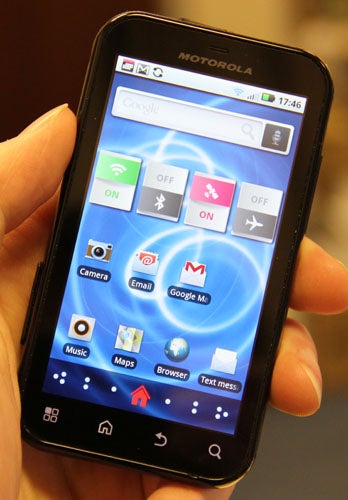 Motorola has developed a whole host of widgets to fill your homescreens with. Most notable are the simple slider switches for quickly turning On/Off Wi-Fi, Bluetooth, GPS and Airplane mode, and the social networking panel. The latter provides a panel that fills about a quarter of the screen and shows a live stream from your social networks. The concept is nothing new but it’s nicely done and allows you to actually interact with the information by replying to updates or posting on your friends’ wall. You can also add multiple panels, each with a different social network, or just use a single panel for all your networks. 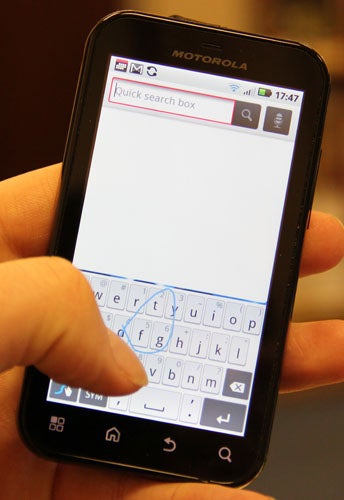 Motorola has also added the Swipe keyboard as the default option. This one finger input method allows you to slide one finger around the keyboard in a single motion per word, vaguely aiming at the right letters that make up the word. The software then does the rest, interpreting what you were trying to spell out, and adding the word (along with a following space) for you. It’s an amazing input method that those who find onscreen keyboards a bit fiddly will greatly appreciate. If you prefer a standard qwerty keyboard the one on offer here is also pretty good, if a bit more prone to mistakes than the best out there.

Media playback has also had an overhaul with Motorola’s Connected Music Player taking over most such duties. This brings together a number of offline and online media services into one interface. 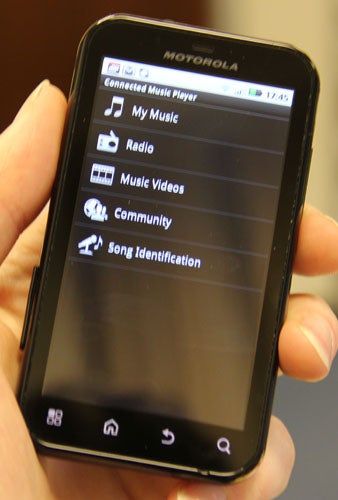 My Music takes to you to a fairly typical music player, which is nice enough to use and also adds lyric playback, which is a nice touch. Sound quality is okay, with it being on par with something like the iPhone if not quite up there with a dedicated mp3 player.


The radio option gives you access to the FM radio (for which you’ll need some headphones to act as the aerial) and Shoutcast internet radio, which works very well if you can find a decent station!


Next up is Music Videos, which as well as giving you access to your locally stored videos has links to YouTube and GoTV. TuneWiki Community provides links to various social networking centric bits of information like what’s hot, and who’s playing what where. Finally, rounding things out is SoundHound, which is an alternative to Shazam for finding out what tune it is you’re listening to by recording what’s going on around you. 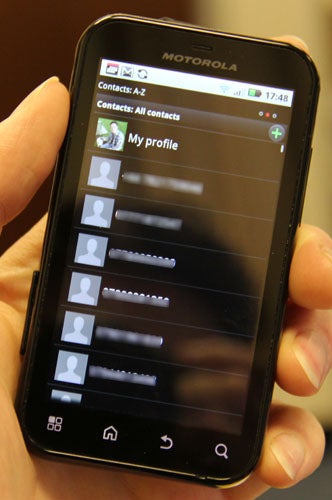 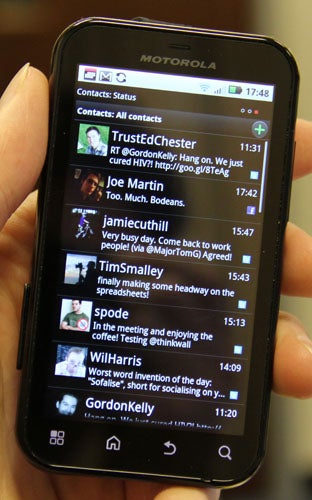 As with the social networking widget, you can tap a contact and see a feed of the person’s updates and reply to them right there and then. Also, swipe left from the main contacts list and you’re presented with a feed of all your contacts’ messages and updates, swipe right and you get your recent contacts. Unlike so many similar attempts to integrate social networking into Android, this actually adds genuinely useful functionality.


As for the rest of the software, it’s typical Android so provides oodles of features including GoogleMaps, a great web browser that unlike the iPhone supports Adobe Flash (though we couldn’t actually get this working properly), superb email support, and of course you can access thousands of apps from the MarketPlace. 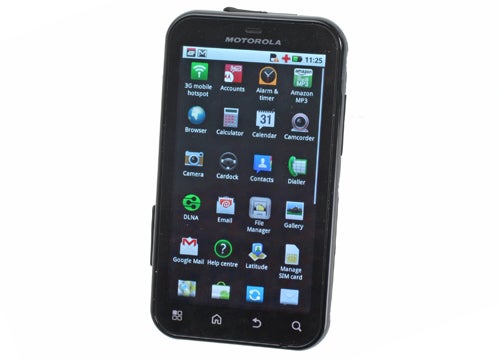 Making calls threw up no particular causes for concern and indeed we found a mid-call run under the tap did nothing to disturb our conversation. Likewise, battery life was averagely decent, with a couple of days of typical use being what you’ll get.


The Motorola Defy certainly isn’t the most premium smartphone going however to our minds it is one of the most desirable. Its semi-rugged and waterproof casing combined with a responsive touchscreen and decent internal specs make for a very practical and easy to use phone while an Android operating system that has had some useful modifications made to it only adds to the appeal. Once you factor in the modest price, you have a truly compelling option that’s easy to recommend. 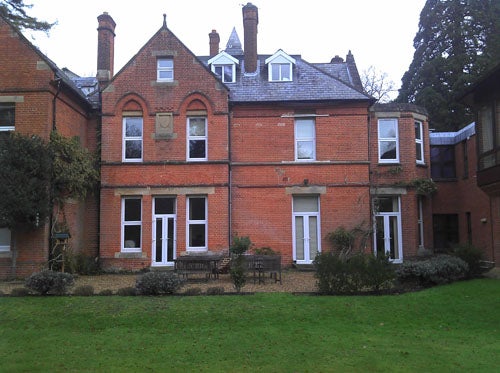 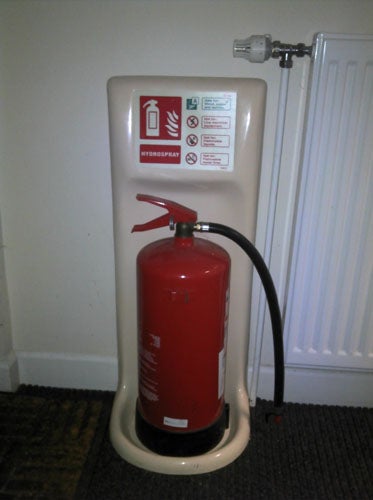 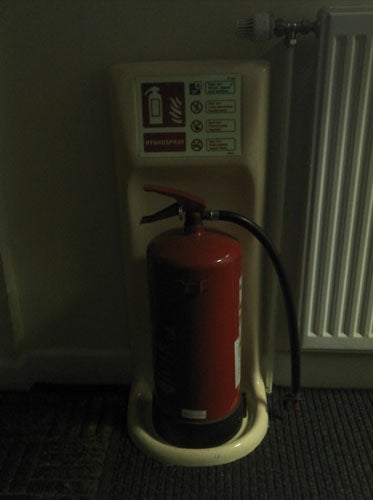