What is the Moto Z2 Play?

Moto has been through turmoil recently, but nevertheless it’s continued to churn out surprisingly excellent phones. The Moto Z2 Play is another device that it can add to the list.

Despite this, the Moto G5 remains the default choice for anyone wanting to spend less than £200, and last year’s Moto Z Play has only been beaten in the battery life stakes by the Lenovo P2.

However, unlike the Moto Z Play – which boasted stunning battery life but not much else – the sequel is slimmed down and sleeker. It’s fully compatible with a range of the company’s modular accessories, known as Moto Mods, and sits at an affordable price SIM-free.

There’s plenty to like here, but also plenty of areas that need improving.

Moto’s design choices for the Z line can be seen as being a little erratic. The original Z Play is a chunky device, built mainly from plastic, but the Z2 Play is far nicer. The plastic is replaced with metal and the unit is marginally thinner – although when you take into account the prominent camera hump the Z2 Play is far from the thinnest phone around.

Like the other Moto Mod-compatible phones, a row of visible pins can be found on the rear, lower portion of the phone, and while they’re obviously a necessity for Mod functionality, they’re hardly good-looking. In fact, the overall design choices appear to have been made to accommodate the Mods, with numerous oddities as a result. It’s difficult to find a comfortable way to hold the Moto Z Play 2, as the sharp, chamfered edges often cut into my palms. The phone’s rear lacks even a slight curve, which has become something of a norm with phones, since it makes a device fit nicely in the hand.

In addition, Moto has chosen to use three very tiny buttons for volume up/down along with the standby controls. The latter might be slightly bevelled, but I often found myself hitting the volume keys when I actually wanted to turn the phone off.

Flip the phone over and what you see is far more attractive. The 5.5-inch display is surrounded by a fairly slim bezel and has a fingerprint sensor on its bottom. Like the Moto G5, this sensor can act as a gesture pad for replacing the on-screen buttons, but it doesn’t function simply as a home button.

My review unit is mostly black, with a contrasting grey back, but the Z2 Play is available in white and gold models too. Motorola claims the Z2 Play is ‘splashproof’, which means it will survive – allegedly – a water spill, but don’t go dunking it in the bath.

In the box, Moto includes a Style Shell, which is a thin fabric backplate that covers the Mod pins, reduces the camera hump and adds a minor curvature to the handset. The phone is so much more usable with the shell attached that I’ve made the decision to keep it on all the time. The only downside to this is that the shell wobbles and often comes off completely when I pull the phone out of my pocket. 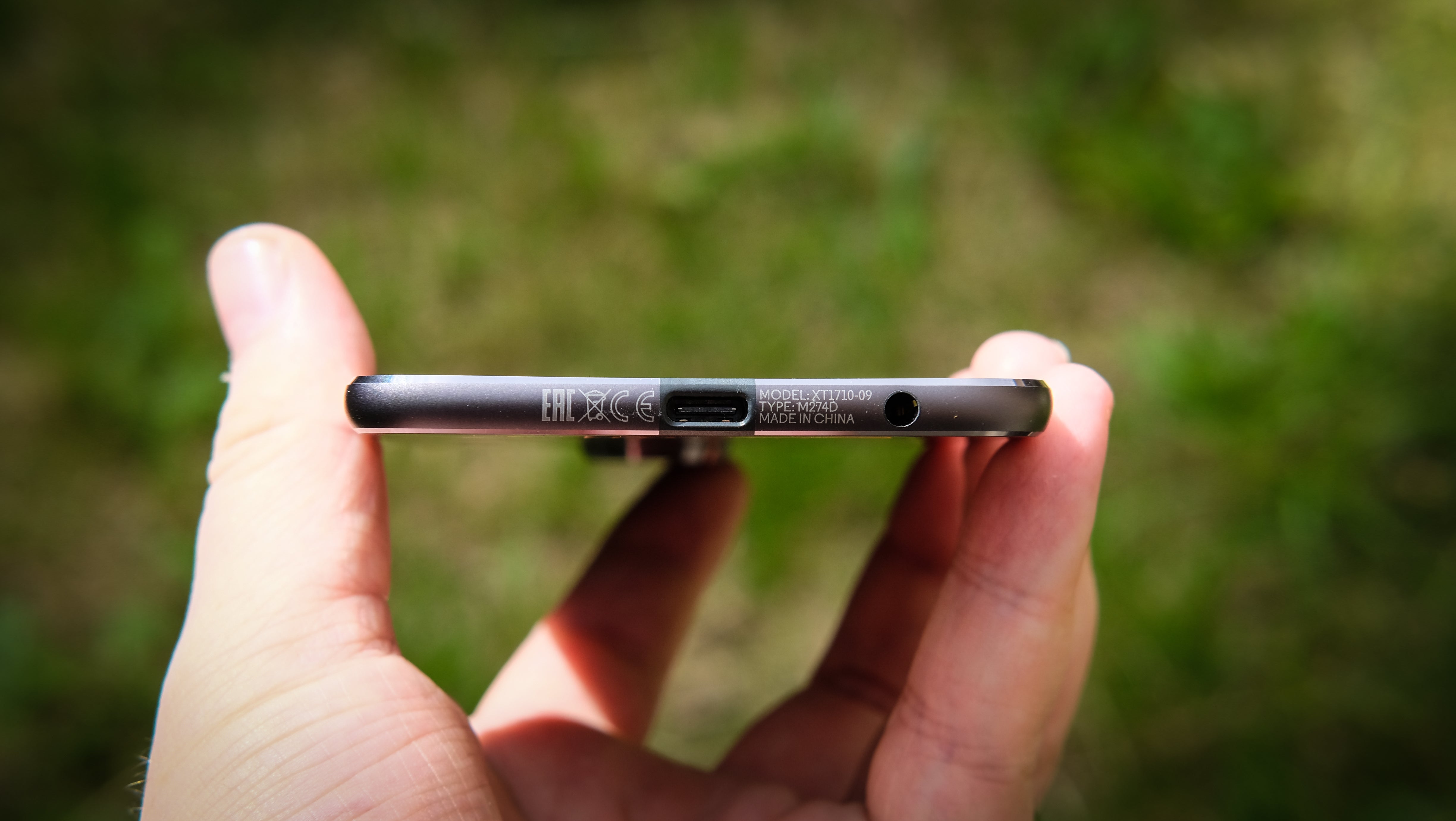 In my opinion, the Moto Mods don’t offer enough extra functionality to warrant being at the centre of this phone’s design choices. They’re nice ‘modules’, but in most cases there’s a better option available that doesn’t tie you to a single phone. For instance, the battery pack Mod could easily be replaced with a regular battery pack, and the JBL BoomSound 2 sounds worse than an £80 Bluetooth speaker. The idea of attaching something directly to the phone is neat, but I just don’t see the long-term appeal.

A 5.5-inch, 1080p display is common at this price and the display included on the Moto Z2 Play is perfectly fine. It’s sharp – unless you get super-close – and since it’s an AMOLED panel, blacks are deep and colours bright.

There are two screen modes to choose from, Standard and Vibrant, and I’d suggest sticking with the default Vibrant. Switching to Standard renders everything slightly washed out and dull. 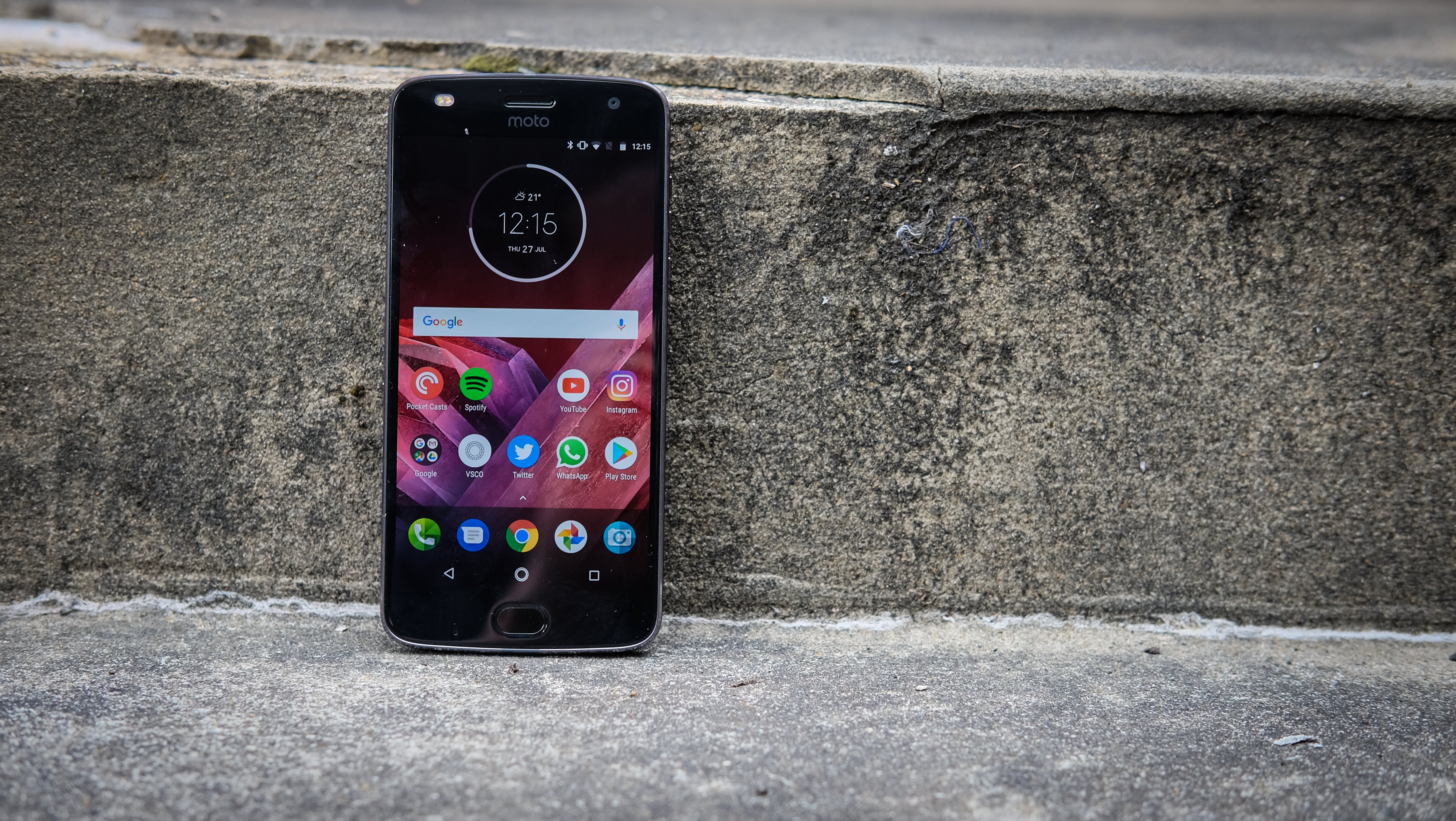 Viewing angles are fine, although colour banding can be an issue, plus peak brightness could do with an extra few nits. This is me being a little picky, though: for phone costing £379.99, this is still a decent display.

One of Moto’s best ever software features, Moto Display, is present and makes use of that AMOLED panel. It lights up only the pixels it needs to display notifications when they come in, and you can reply directly without unlocking the phone.