The Moto X Play is a great phone, but it suffers from some odd performance issues. This left me with the impression that Motorola’s software optimisation isn’t quite as good as it should be, considering the Snapdragon 615 processor should easily be able to handle Android Lollipop.

Thankfully, the Snapdragon 808 tucked inside the Moto X Style is an admirable performer. It’s a beefy octa-core chip and currently the CPU of choice for the majority of mid-to-high-range phones. It provides the grunt for LG’s G4, Google’s new Nexus 5X and the Microsoft Lumia 950.

Paired with the processor is 3GB of RAM, more than plenty for a phone. Having used devices with 4GB of RAM, there’s isn’t a noticeable difference here. 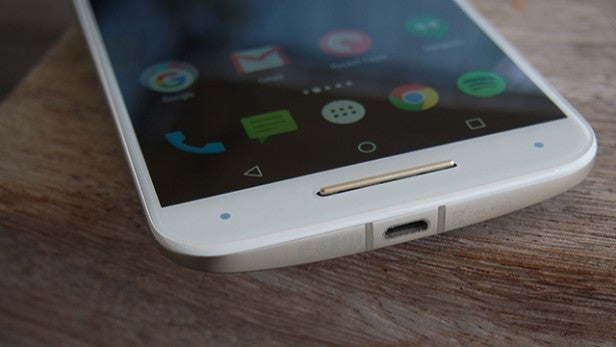 The Moto X Style’s overall performance is fantastic. Although not a fan of the cliché phrase “buttery smooth”, this really is the best way to describe it. Swiping through menus, scrolling down web pages, flicking between apps – you’ll experience not even the slightest hint of lag.

Gaming is equally impressive. Asphalt 8 and Hitman: Sniper play as well on the Moto X Style as they do on any Snapdragon 810 device, without generating anywhere near as much heat. 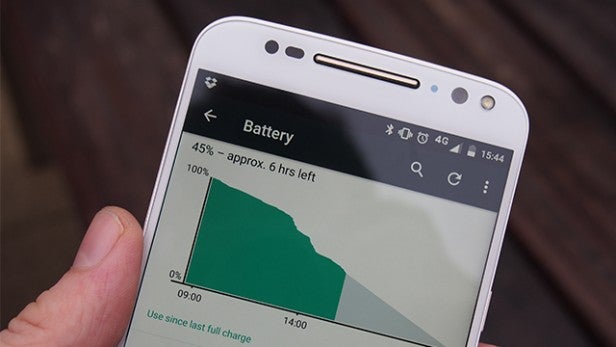 My biggest frustration with the Moto X Style is battery life. Not because it’s bad, but because I want it to be so much better.

Tucked inside the phone is a 3,000mAh cell that can just about make it from an early morning alarm call to bedtime. The important word there is just. It hasn’t managed to go much beyond a day – and if I forget to charge it at night, it will die out by lunch.

Streaming an HD episode of House of Cards from Netflix eats through 7% – which is actually pretty good; I normally expect to see a 10% drop – and a 30-minute Monument Valley gaming session took the battery from 70% to 63%. In our battery burn test, which loops an HD video with brightness set at 75% – the Moto X Style managed nine hours before it died. 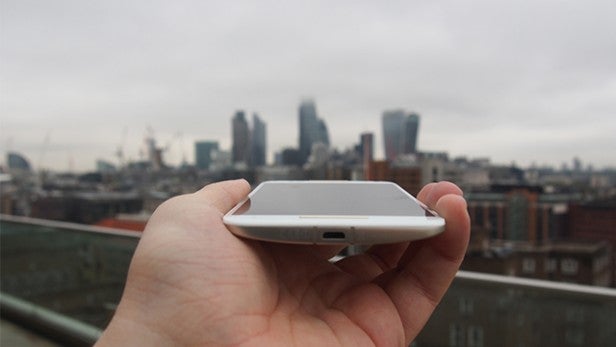 So, pretty run-of-the-mill numbers then. Having experienced two-day life from the huge 3,400mAh battery in the Moto X Play, I’d have loved to see something similar here. Obviously the move to a quad-HD display sucks up some more juice, but I’d still prefer not to have to worry about hitting the red before 10pm at night on a phone of this size.

Thankfully, when you do hit red it won’t take long to power up the Moto X Style again. Motorola has included its TurboPower tech, and when used with the included 25W wall plug, it can fully charge the phone from dead in under 60 minutes. That’s impressive. It will even give you about 25% in 15 minutes – perfect if you’ve forgotten to charge during the day and you’re off out.

Interestingly, the included wall plug is a single lead, so the USB cable can’t be removed from the plug. I assume that with such a powerful adapter it’s safer this way.

Since the Moto X Style runs an almost stock version of Android, you won’t find any added battery-saver modes aside from the distinctly average Lollipop one. But, when Marshmallow hits – Motorola has announced it will be happening – you’ll be able to take advantage of the new Doze mode to extend standby time.