When I unboxed the Moto X Play, the phone’s battery was the first thing I was curious about. The non-removable 3,630 mAh cell is bigger than almost every similarly sized device on the market, including the Galaxy S6 Edge+, Note 5, iPhone 6 Plus and OnePlus 2. This combined with its less demanding FHD display meant I had real hopes that the Moto X Play would end my ongoing smartphone battery woes –  I’m yet to find a phone that can survive two days heavy use off one charge.

And for the most part it has, but don’t pick this phone up expecting something that will last multiple days of heavy use.

Throughout my time with the device I’ve easily managed a day and a half of use. That’s with multiple email accounts pulling down messages every few minutes, a load of social networking, gaming, browsing and so on. Basically doing everything you would normally do on your phone. 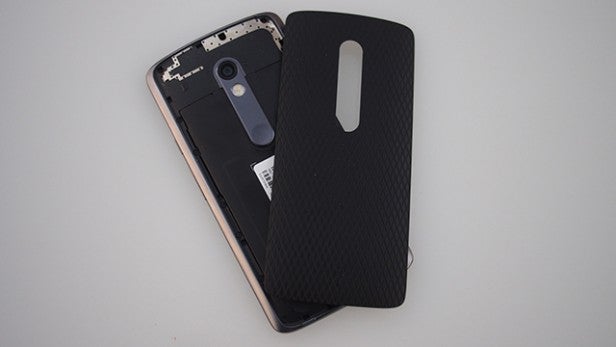 The battery stats showed I had unplugged it from the charger at 12pm Sunday and it ran through until 5pm Monday, with five hours of screen on time. It also lasted for 13 hours playing a looped 720p video at 75 per-cent brightness. The following days matched up, I averaged five hours of screen on time before I needed to reach for the charger and each time I didn’t feel the need to plug it in overnight.

It did seem to lose battery quicker than other Android phones I’ve used when gaming, which is a little odd. A 30 minute session playing Monument Valley ate through 13% of the Moto X Play’s life, whereas the same time on the Nexus 6 used up only 9%. It was a similar story with more intensive titles. Streaming a 52 minute HD show on Netflix used up 8%, with the brightness turned up to about 80%.

It outperforms the OnePlus 2, which we found lasted for just over a day, and Alcatel’s OneTouch Idol 3, though as it has a much larger cell than those two you’d expect the increased performance. 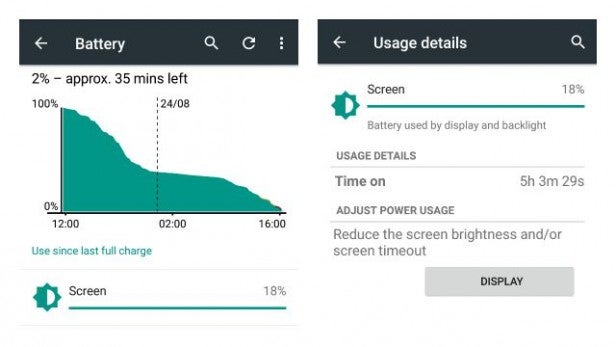 Standby time, something I think is worse on Android than iOS, is particularly good here. Leaving the phone unplugged overnight would only result in a 5-7 per-cent loss. Pair this with the Doze tech that’s coming in Android Marshmallow and things should only get better.

But, there’s more to the battery in the Moto X Play than just capacity, it’s the first phone to come with the new TurboPower feature that Motorola claims will juice up device faster than the competition.

The first thing to note here is that while the Moto X Play fully supports TurboPower, it doesn’t actually come bundled with a charger capable of using it. That’s a bit of a shame, but I assume it’s a cost-cutting measure that can be forgiven. I’ve been using the Motorola block that came with the Nexus 6, this supports TurboPower. It’s £24.99 from the Google Store, which is quite pricey. 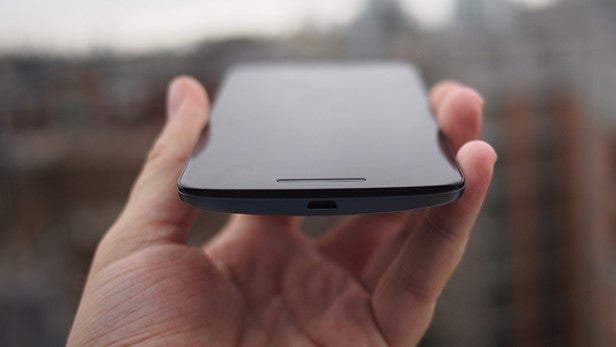 It’s definitely worth finding a compatible charger though, because the speed increase is massive. With TurboCharging enabled, I managed to jump from 0% to 50% in just over 30 minutes. I got a full charge in an hour. It’s perfect for a quick top-up and just like Qualcomm’s Quick Charge, a feature I would struggle without now.

On the whole, the battery is impressive. Especially with the addition of TurboPower. But it doesn’t quite match Motorola’s lofty claims and my own high expectations.

Powering the Moto X Play is Qualcomm’s Snapdragon 615 processor, paired with 2GB of RAM and an Adreno 405 GPU. While far from cutting edge, that processor is a 64-bit octa-core chipset comprised of dual quad-core Cortex A53 processors and it provides the power for a number of phone vying for that £250-300 space. 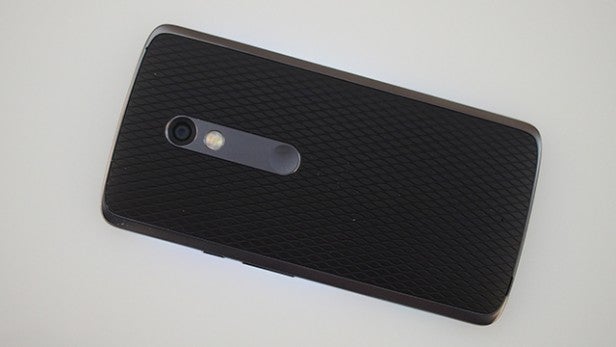 The set-up is certainly capable of handling basic to mildy demanding tasks, but it does end up struggling in some surprising ways.

Running the Geekbench 3 benchmarks, it scored 1,802 on multi-core tests and 568 on the single-core versions, falling behind the older Alcatel OneTouch Idol 3 (2,058) which also runs on the same processor. It also falls well below flagship devices like the Samsung Galaxy S6 (4,547) and HTC One M9 (3,959), though both of these run on much more powerful chipsets. Testing with it AnTuTu, the Moto X Play scored 26,545 which puts its below the Nexus 5 and Samsung Galaxy S5.

But, benchmarks can only really tell you half the story. General day-to-day performance is far more important, especially for a mid-range handset that isn’t out there to disrupt the big boys. 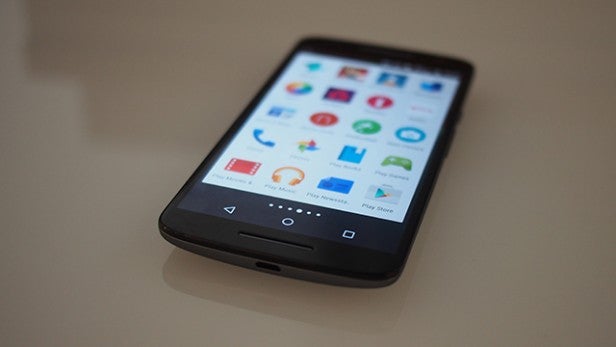 Initially, I didn’t run into any lag, whether I was browsing Chrome, knocking out an email or even playing addictive, yet hardly processor intensive, games like Monument Valley or Two Dots. Apps opened up fast, swiping through homescreens was smooth and in places where lag is often present, such as swiping down the notification tray or opening up the app drawer, the Moto X Play continued to performe fine.

That isn’t to say everything to do with performance was stellar. Like we mentioned in our Alcatel OneTouch Idol 3 review, which runs on the same chipset, strange quirks and misplaced lag are fairly common. Opening up the multitasking overview often stalled for a second or so, as did waiting for the keyboard to show in the Messaging app. These instances were infrequent, but annoying nonetheless.

For gaming, we put it to the test with Real Racing 3 and Dead Trigger 2, two of the more graphically demanding games on the Google Play Store. The Moto X Play was capable of running both of them smoothly, with no frame drops or stutters in sight. In 3D Mark using the Sling Shot ES 3.0 test, it scored 217, a fairly low score but slightly better than Alcatel One Touch’s Idol 3 (175) and the Vodafone Smart Prime 6 (173).

Middling benchmark scores aside, the Moto X Play is a fine, if not standout, performer. Don’t come here expecting Samsung Galaxy S6 like performance at a bargain price, but there’s more than enough grunt under the hood for the majority of users.