The Moto G9 Plus is for the most part an amazing value phablet. But with Motorola having released the higher specced, more future proof Moto G 5G Plus mere weeks ago, it sits in an awkward position in the Western market.

The Moto G9 Plus is one of the latest entries into Motorola’s iconic G-line of affordable smartphones.

It aims to offer buyers on a top-notch smartphone ideally made for Netflix binges and general entertainment that won’t break the bank.

For the most part it lives up to the G-series heritage and is a great handset that will easily meet most people’s needs. But, its timing is outright terrible, with the arrival of the Moto G 5G Plus stealing nearly all its thunder by offering a few key flagship features missing on the regular G9. The biggest are the lack of a high refresh rate screen and 5G connectivity.

These factors make the Moto G 5G Plus a better for any buyer living in an active, or soon to be active, 5G zone, despite the fact the G9 Plus is still for the most part a decent affordable phone. 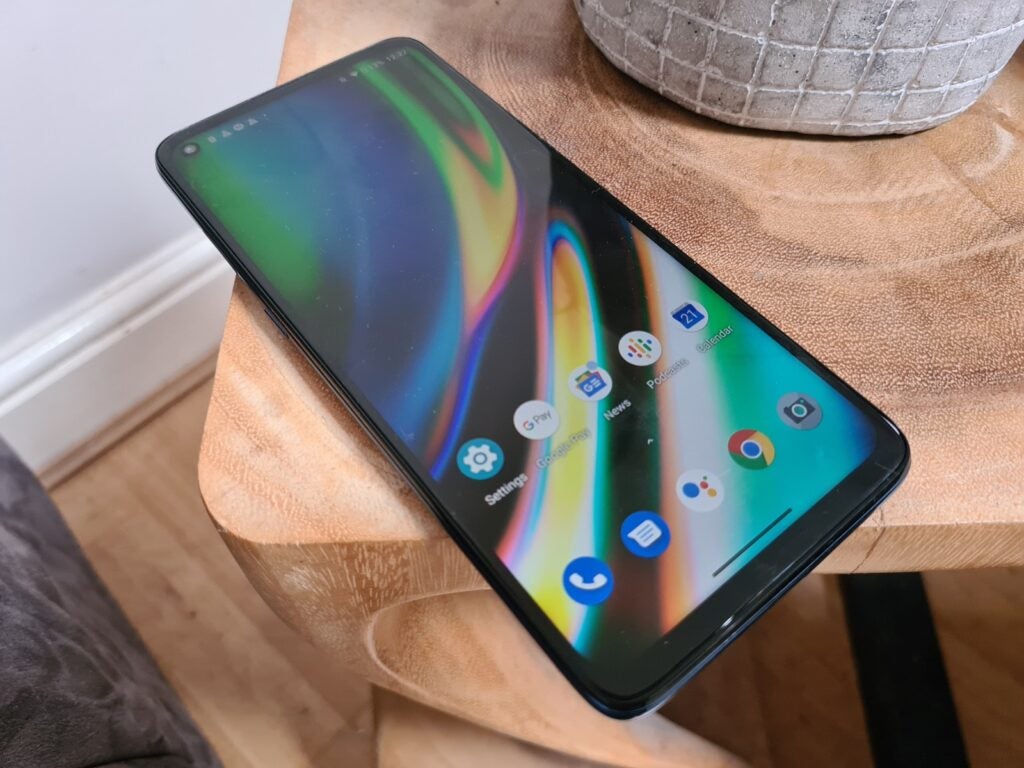 Design – The Moto G9 Plus is not a subtle phone

The Moto G9 Plus is an unashamedly large device featuring a gigantic 6.81-inch display, 223g weight and slightly chunky, near 10mm thickness – and that’s without the included chunky rubberised case attached.

Despite this it still feels like a well made handset. It features a glass front and plastic unibody design, which feels surprisingly sturdy, despite not featuring a formal IP water resistance rating. This plus its small bezel and hole punch front camera housing help it feel significantly more premium than you’d expect from a sub-£300 phone.

The only slight downside is that the fingerprint sensor is built into the phone’s right facing physical power button. It’s accurate enough, but like all phones this size, the control’s placement can make it awkward to reach, especially for people with small hands. But this is a common compromise on a phone this price and size.

Connectivity is solid, with the phone featuring a USB C charge port, 3.5mm jack and microSD slot that makes it quick and easy to upgrade the Moto G9 Plus’ 128GB of in-built storage.

The addition of a left facing, dedicated Google Assistant button makes it quick and easy to access Android’s digital butler, which works well thanks to the G9’s reliable mic setup. 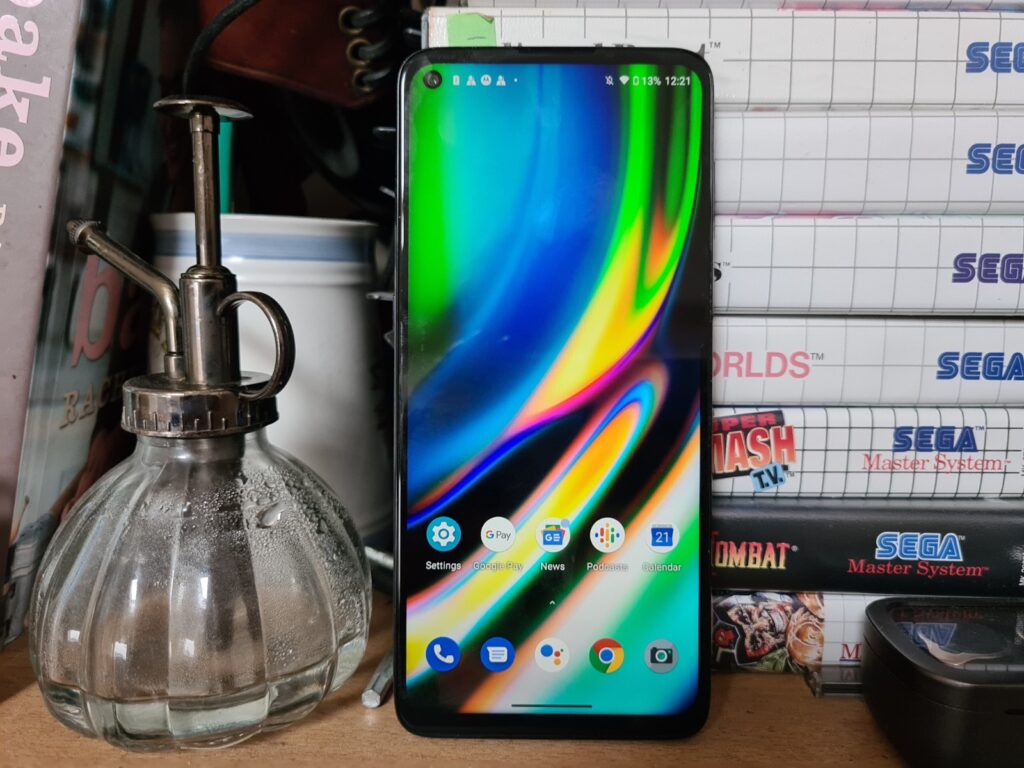 Motorola’s marketing the G9 Plus “Max Vision” screen as one of the phone’s key selling points, and for the most part there’s good reason for this.

The FHD+ resolution panel supports the HDR10 standard, giving it an edge on many of the competing phones we test at this price. With real world use the screen is for the most part good enough for media consumption and general use.

Max brightness levels are solid and despite being an IPS panel, blacks are reasonably deep. The combo gives HDR compatible content on Netflix and Amazon a subtle pop, showing details that are lost on many competing cheaper phone screens. Though be warned the difference is nowhere near as noticeable as it is on competing mid-range handsets, like the Galaxy S20 FE. The screen’s size adds to the immersion level, as does its fairly forceful side speaker, which offers solid max volumes.

The peek display setting is a returning welcome touch. This is a cool feature that automatically offers a low power quick view of incoming notifications that turns on when you look at the screen.

Out of the box colours are overcooked and whites are a little out of whack, but a quick trip to the phone’s settings menu makes it easy to fix this, by switching the screen to the infinitely superior Natural display profile. Once done, colours are much more accurate, but still a little warm.

Even with this minor qualm, if you’d asked me a few months ago, I’d still have listed the screen as one of the best you’d find on an affordable phablet. But, the G9 Plus is now missing one key feature: 90Hz refresh rate support.

This is a key flagship that’s started trickling down to the affordable end of the market in recent months. It’s a key selling point of the G9’s 5G sibling that lets it render more images per second. The benefit of this, coupled with a higher screen polling rate, is that the phone feels more responsive and generally smoother to use. 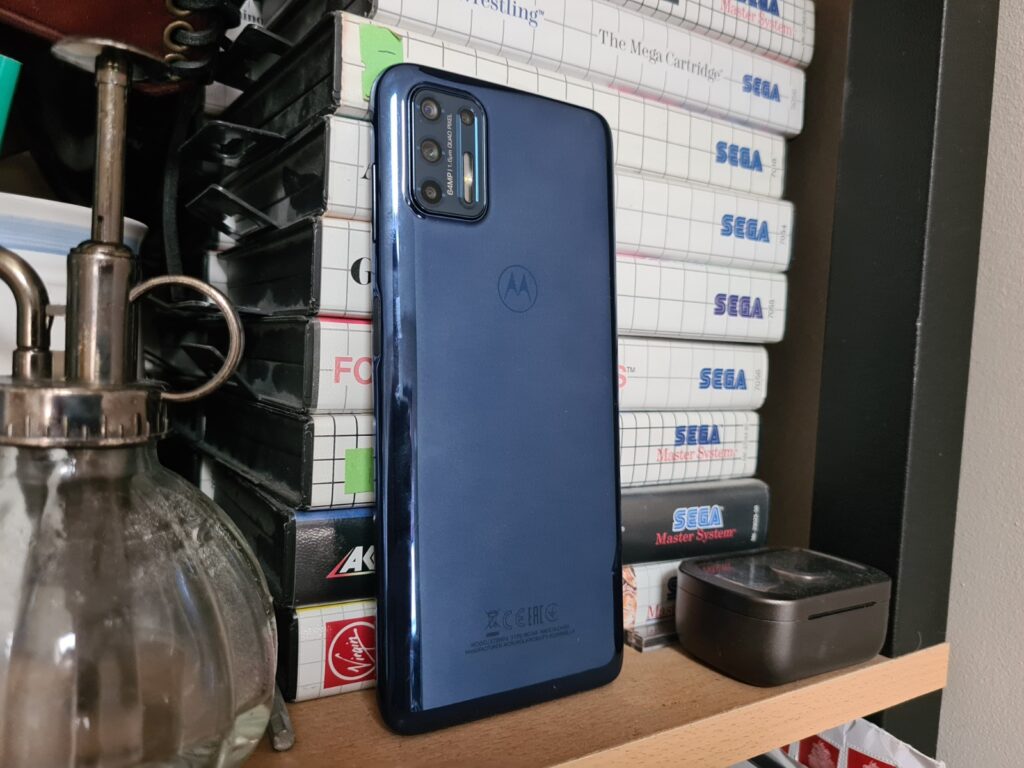 Camera – You’ll struggle to do better at this price, but its not perfect

The G9’s camera setup is generally solid for a phone at this price and more than good enough for casual snappers.

Round the back you’ll find a quad camera array that couples an undisclosed 64MP main sensor, ultra-wide angle secondary, “Macro Vision” tertiary and depth sensor for portraits. The first two sensors do what they say on the tin while the latter two are being marketed as a means to radically improving the phone’s macro photography.

Personally I’d have preferred to see a telephoto lens included somewhere, but these are still a rarity on affordable phones so the absence is hardly a deal breaker, especially as the main sensor does a relatively decent job.

Images generally have decent contrast and good enough colour representation for sharing on social media. The only minor downside is that, despite having ok shutter speeds, the camera has a minor tendency to over-sharpen still shots and can struggle to capture quick takes without bur creeping in, though given the G9 Plus’ price that’s hardly surprising.

Low light performance is par for the course for a phone this price. Despite the camera’s f/1.8 aperture, without a tripod or incredibly steady hand aberrations and blurs will creep in, but it is possible to take usable shots for sharing among friends.

The wide-angle tells a similar story. Images are fine for sharing on Instagram, but zoomed in they generally lack detail compared to most mid-range, let alone flagship phones.

Like all phones, the less we say about macro performance the better. Unless your subject is staying very still, don’t expect great things.

The 16MP front camera is more than capable enough for selfies, in good light, and video calls.

You can see a selection of sample photos taken on the Moto G9 Plus below. 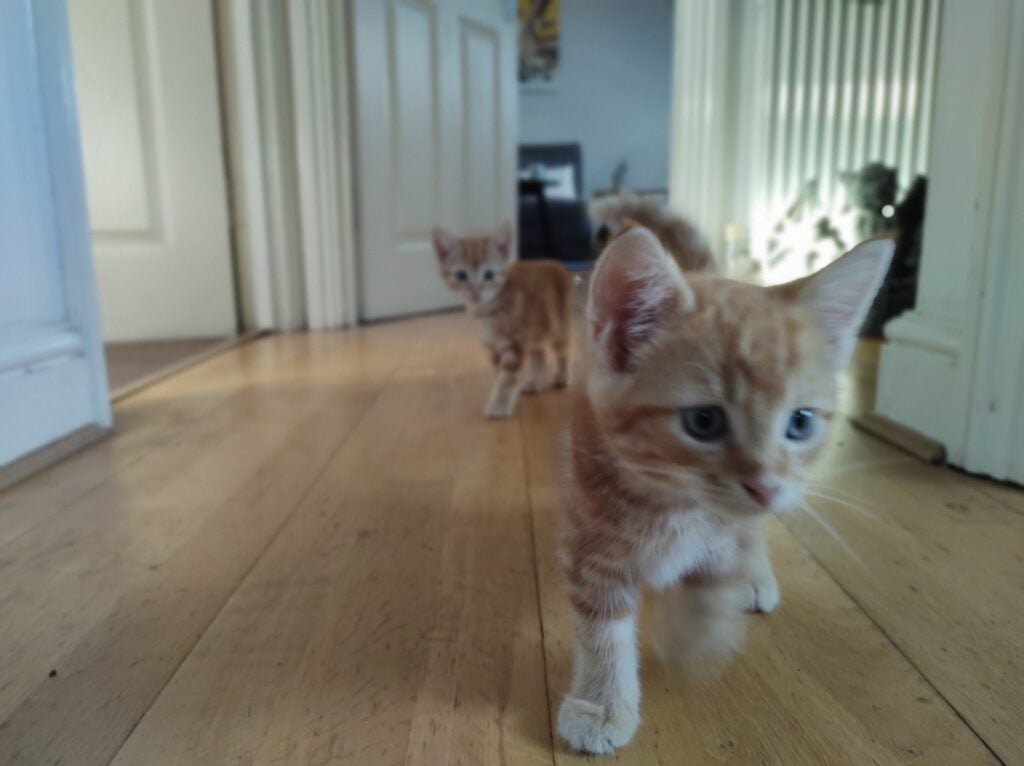 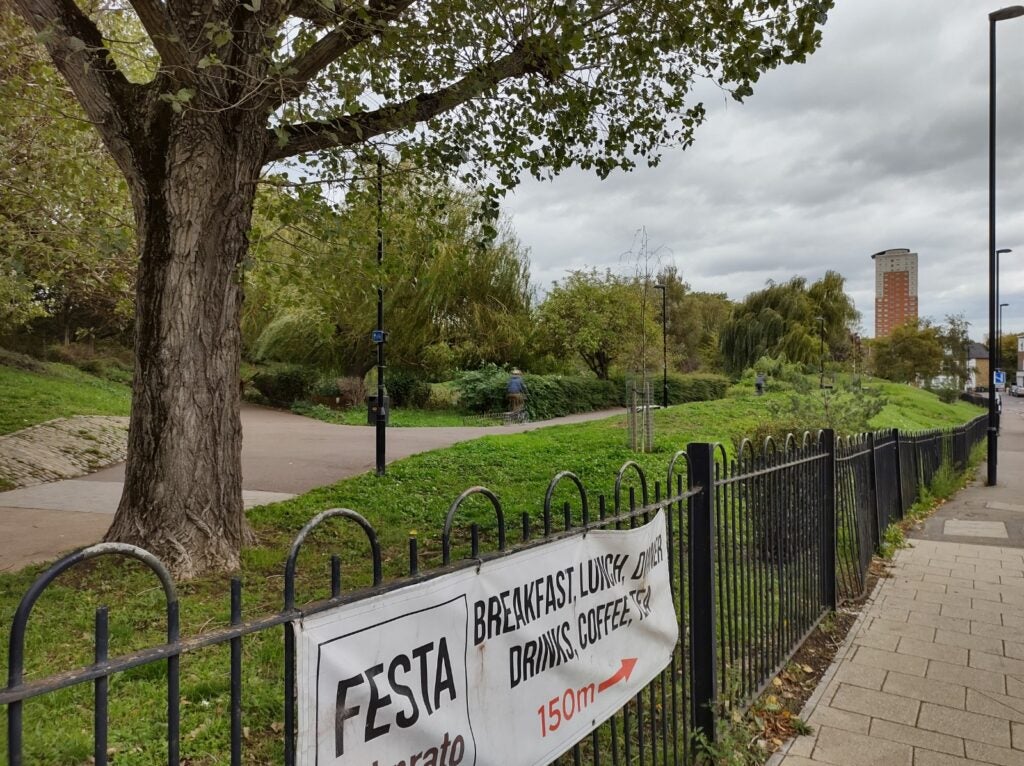 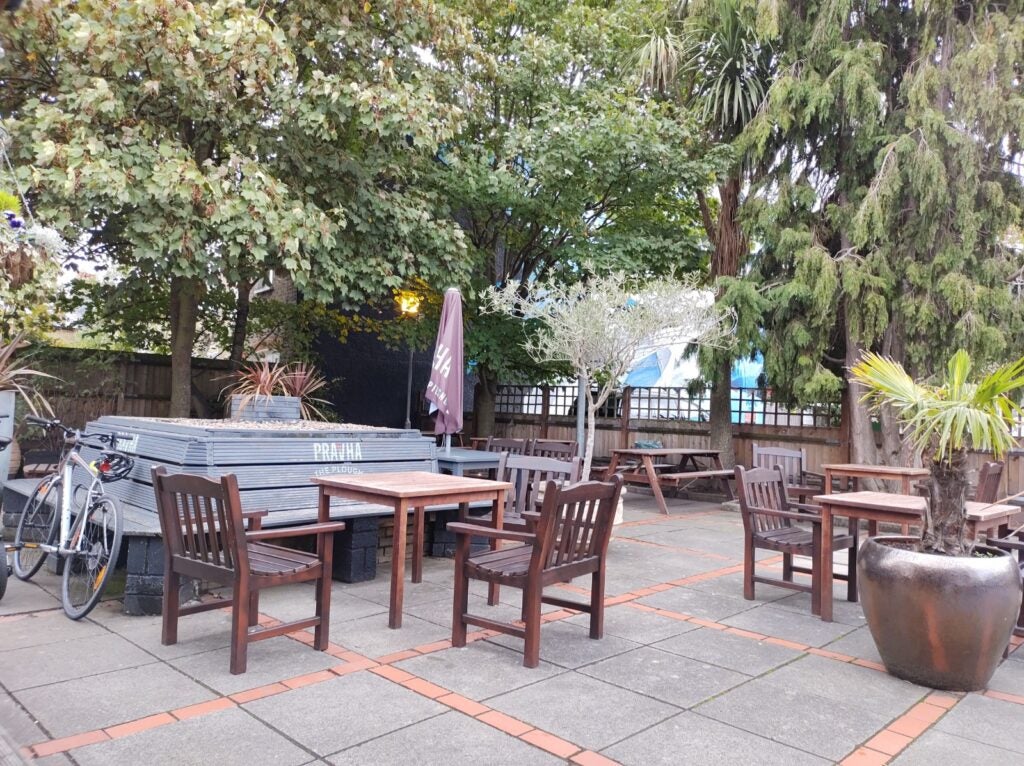 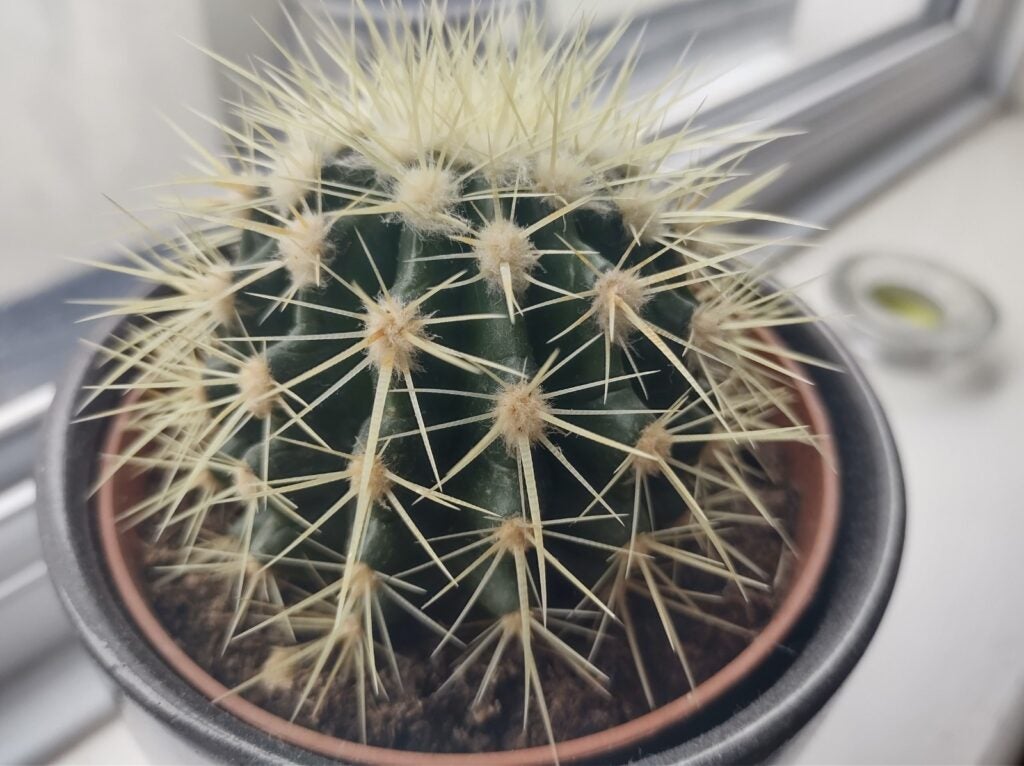 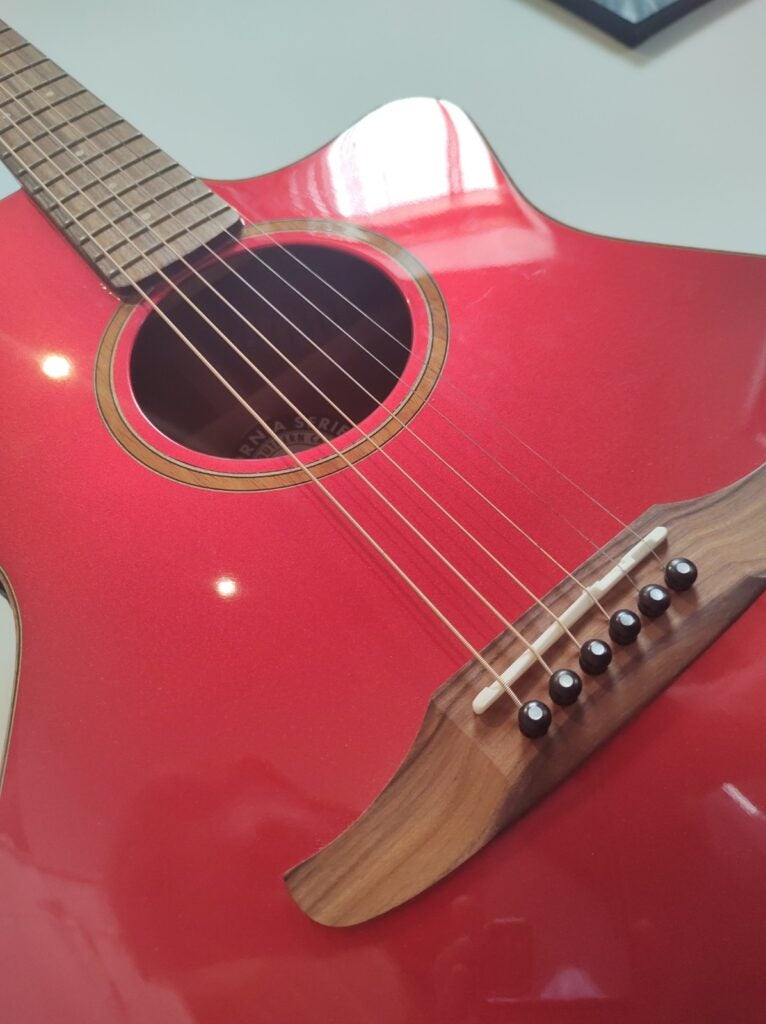 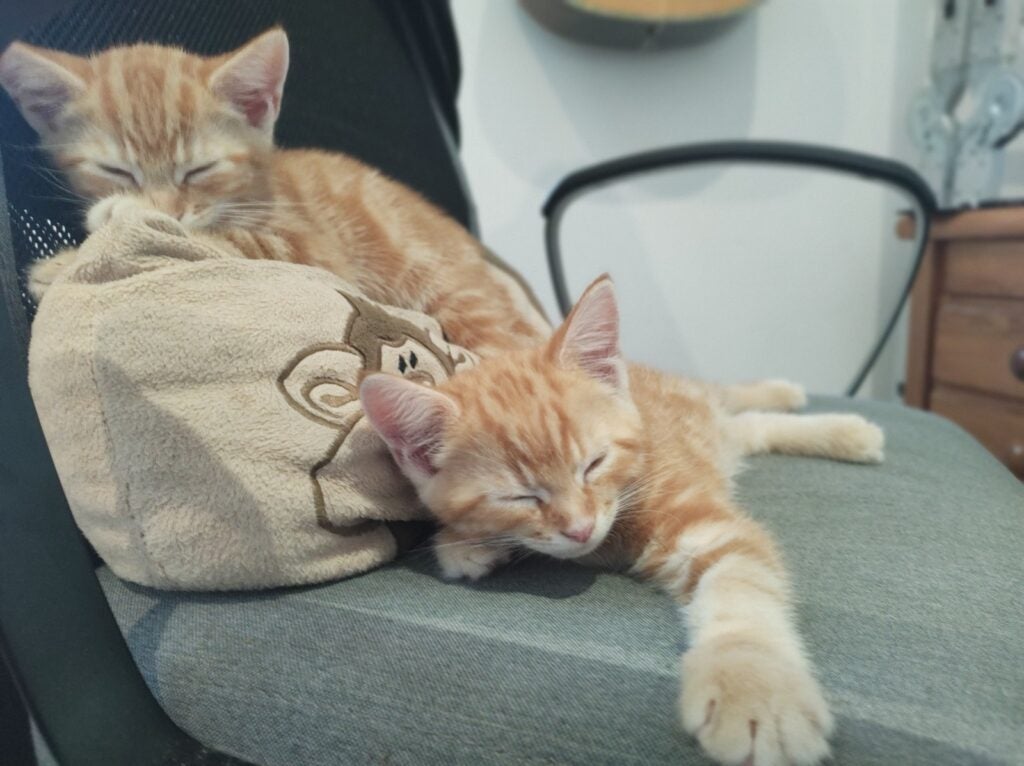 The Moto G9 Plus is powered by a Qualcomm Snapdragon 730G CPU. Motorola claims this makes it 57% more powerful and 20% more efficient than its predecessor, the Moto G8 Plus.

With real world use, I found the G9 Plus is more than fast enough for general use. The phone’s not as nippy as one featuring a more powerful 8-series Qualcomm chip, but unless you’re a serious power user you won’t have any issues with it. PUBG runs smoothly, as do most games from the Play Store. It does heat up during prolonged streaming sessions on GeForce Now, but not to the point I noticed throttling.

All in all, outside of it feeling a fraction of a second slower than a flagship, the G9’s performance is solid.

But, the use of the older 7-series chip, not the new 765 means it is missing the next generation connectivity offered by its moderately more expensive sibling, the Moto G 5G Plus.

If you’re in an area where the connectivity is still rare this won’t be an issue. But for those in 5G hubs, it is a key issue that will hinder the G9 Plus’ long term appeal.

5G is a new networking technology that outright smokes 4G when it comes to data connection speeds. It opens up the door to radical new ways to use your phone, including triple A game streaming on services like GeForce Now, Stadia and Project xCloud and the ability to download entire film series, in 4K in minutes.

Considering how rapidly the tech’s spreading across the UK and the negligible difference in price between the two Moto Gs, this is a key differentiator that makes the 5G model feel better value long term, despite it being a little more expensive.

The main selling point for any recent Motorola phone has been their software. Since the first generation Moto G launched many moons ago, Motorola has taken a sensible, light touch with all its phones software. 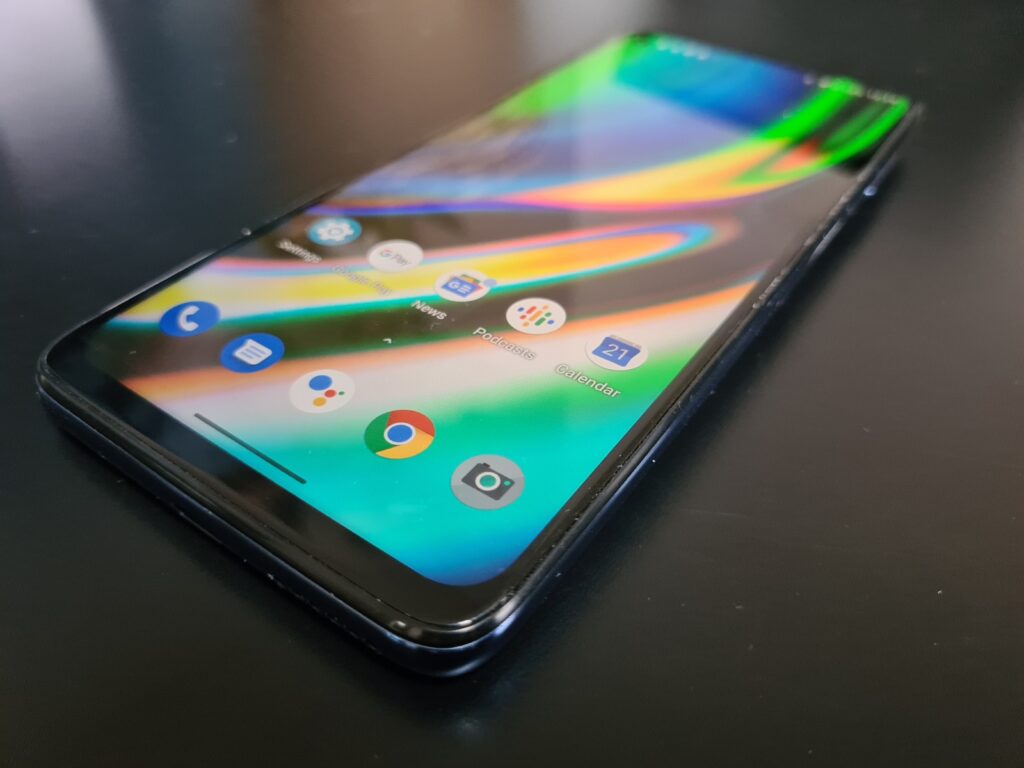 The Moto G9 Plus packs a sizable 5000mAh batter that Motorola quotes as offering 147 hours of music, 19 hours of video or 14 hours of web browsing off a single charge. It also comes with the firm’s TurboPower 30 charger tech which in paper will offer users 12 hours of power from just 10 minutes at the mains.

With real world use I found it was easy enough to get between a day and a half to two days regular use out of the Moto G9 Plus. This entailed using it as my primary work and personal phone, taking and making calls throughout the day, a few Zoom meetings during office hours, sporadic music listening, a couple of games of PUBG Mobile and an hour’s Netflix before bed.

Charge rates are solid for a phone this size, with the handset generally taking around 1.4 hours to go from zero to 100%. 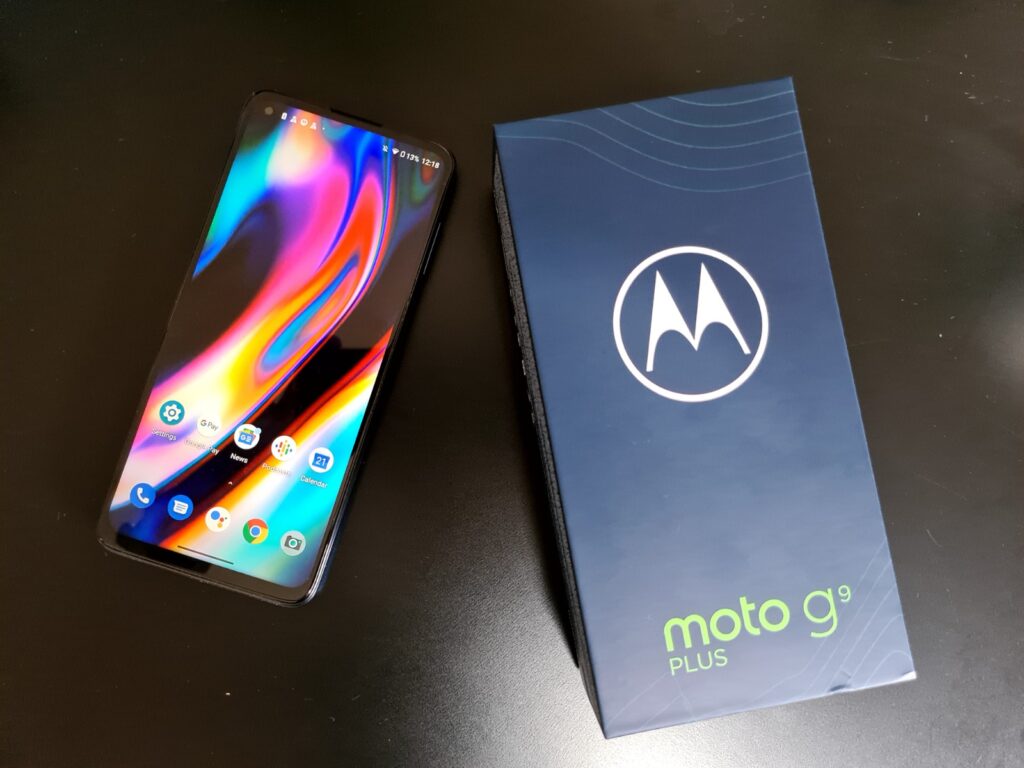 Should you buy the Moto G9 Plus?

If you’d asked us three months ago we’d have listed the Moto G9 Plus as one of the best value affordable phones on the market. But thanks to the arrival of stellar handsets from the likes of Redmi and Motorola’s own Moto G 5G Plus our expectations have changed.

As it stands this makes the Moto G9 Plus a solid performer in the affordable end of the market that will deliver on most users needs. But there are better value phones available for only a fraction more, like the Moto G 5G Plus.