If you’ve ever owned a Moto G-series phone, then you’ll be aware of the software setup. These devices use a version of Android designed to appear just like the original, and here we get Android 8.0 at launch, although the handset now has an Android Pie update available, although there’s no news on whether it will get Android 10.

The Motorola Moto G6 Play doesn’t offer exactly the same interface as a Google Pixel 2, though. There are some visual changes. Most notably, the apps menu has a background with a dimmed and blurred version of your wallpaper, rather than a sheet of white.

Otherwise, Android here feels just like it would in a vanilla Android phone. You flick up on a homescreen to bring up the apps menu, and there are no odd extra modules to the main part of the system. 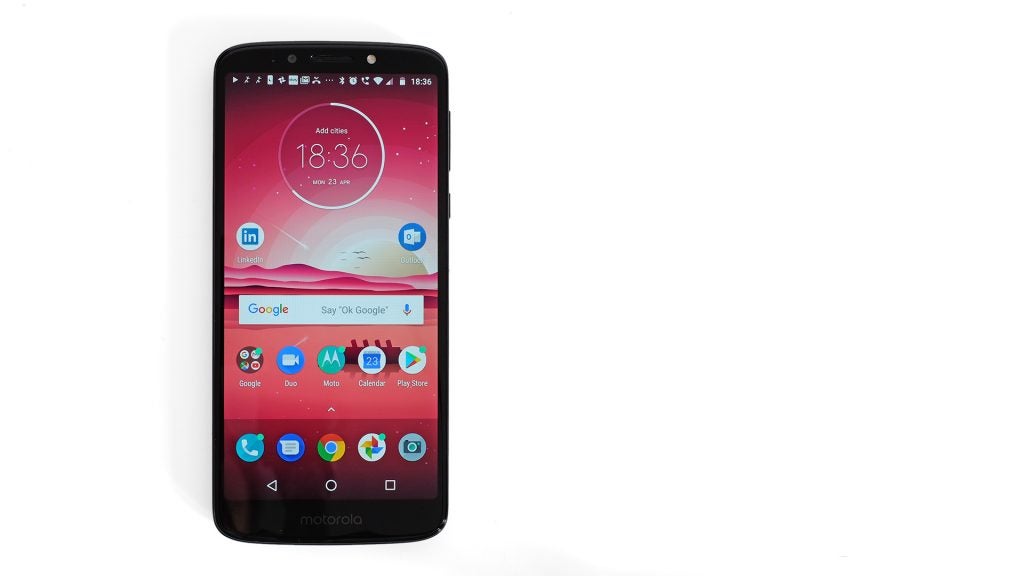 Everything feels clean and simple, although there are a few more extras than in the past. The Motorola Moto G6 Play comes with LinkedIn, Outlook and a Dolby Audio app preinstalled. The first two are arguably bloat and can’t be removed, but I find them so familiar it’s almost like having a couple of extra Google Suite apps that I don’t use.

Motorola does add a few peripheral interface extras, but these add to Android fairly subtly instead of changing it fundamentally or getting in the way. You’ll find these in the Moto app: Moto Key, Actions and Display.

Moto Display is the most obvious Motorola customisation. It phases notifications alerts on and off the display when the G6 Play isn’t used. It’s a little like a lockscreen that appears purely in standby, and if you’ve owned a Motorola device from the past few years it will be familiar.

Moto Actions is another long-standing feature. It comprises a bunch of shortcut gestures: a double karate chop toggles the flashlight; turning the phone onto its screen can silence call ringtones; and a double-flick of the phone launches the camera. Each of these can be switched on and off. 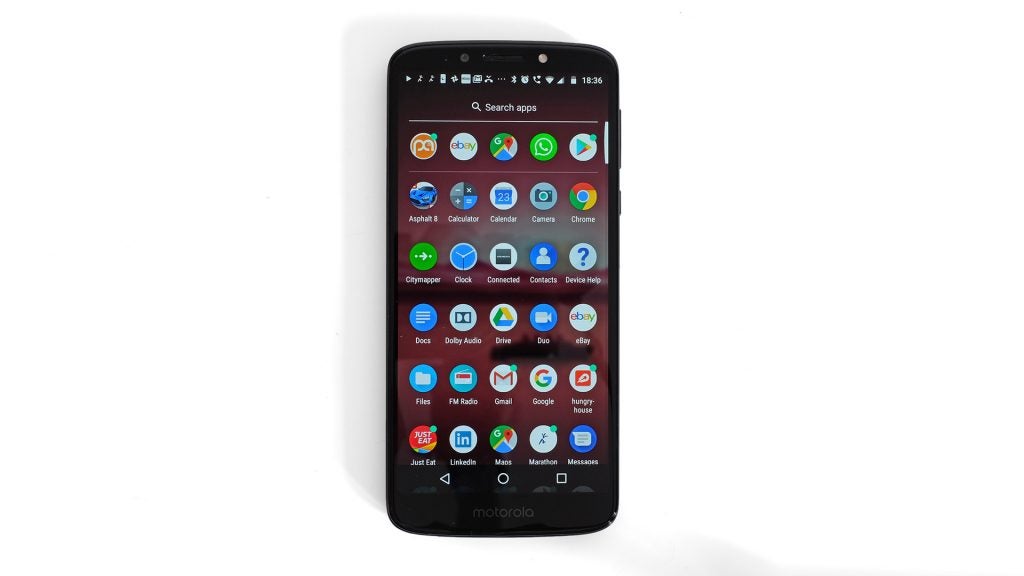 Moto Key is a newer addition. It lets you use the phone’s fingerprint scanner as a replacement for typing-in passwords in apps, much like Google’s own Auto-fill feature.

General performance is good, with the usual caveat that some apps will take a little longer to load than they would in a phone costing four times the price. And in my experience, scrolling became erratic at one point too. I had to reset the phone to solve this issue, and I haven’t encountered the problem again since.

However, it’s worth noting that the processor in the Moto G6 is significantly more powerful. This phone has a Snapdragon 430; the Moto G6 a Snapdragon 450. According to Geekbench 4, the difference in power is much greater than those similar-sounding model numbers suggest 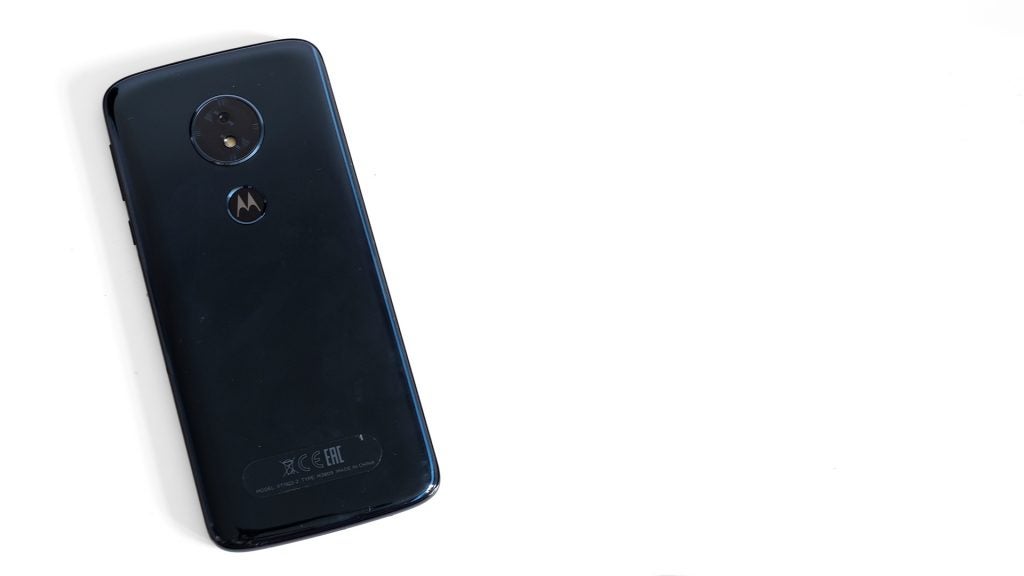 This isn’t too apparent when playing most games, however. Asphalt 8 runs just about as well on the Moto G6 Play as it does on the Moto G6, although Real Racing 3’s frame rate is just decent, not ultra-smooth.

Add a louder, richer-sounding speaker and it’s clear the Moto G6 is a better gaming phone than the G6 Play. Nevertheless, both are solid.