The Moto Body app acts as the nerve centre of the Moto 360 Sport’s fitness tracking skills. At a basic level it shows information like the number of steps you’ve taken, calorie expenditure, heart rate and all the usual bits and bobs you’d expect.

Those that want to, and if you buy this then you probably do, can delve deeper into their data on their Android phone. Here you can get various charts and figures that show your day to day progress and drill deeply into how you performed on specific runs. 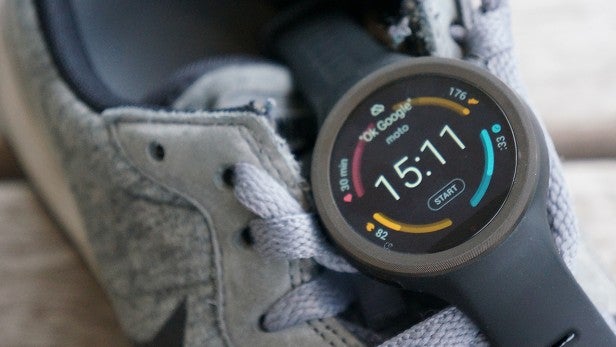 The Android Moto Body app also lets you export and view your activity data in competing apps, including Google Fit, Strava, UA Record, and Fitbit – which could be a selling point for people used to the way these apps present information.

The issue is, the app doesn’t support a variety of workout types, the same way competing, cheaper fitness trackers and smartwatches do. You can use the Moto 360 Sport to track your running progress and, well, that’s it.

Fitness trackers from Moov, Fitbit and Misfit are cheaper and, thanks to their more robust IP certifications, can track everything from basic running and swimming, to weights training and golf. 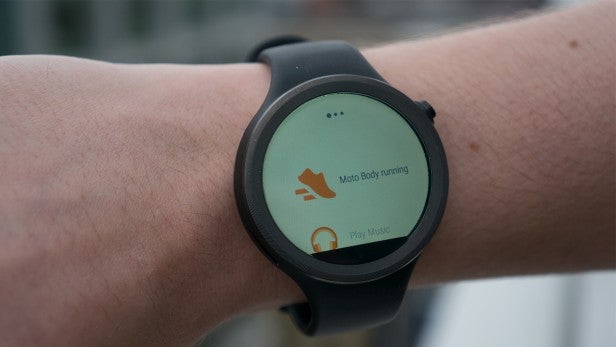 Being fair to Motorola, running support for the Moto 360 Sport works well enough. But it isn’t great. The Moto 360’s software does collect a reasonable amount of running data, including your workout time, pace, lap time, heart rate, and heart rate zone during runs.

It’s local GPS also does a great job tracking your location and finds a signal faster than many competing fitness trackers.

Running it head to head with the Microsoft Band 2, the Moto 360 Sport found a GPS signal in under 10 seconds. The Microsoft wearable took close to half a minute. 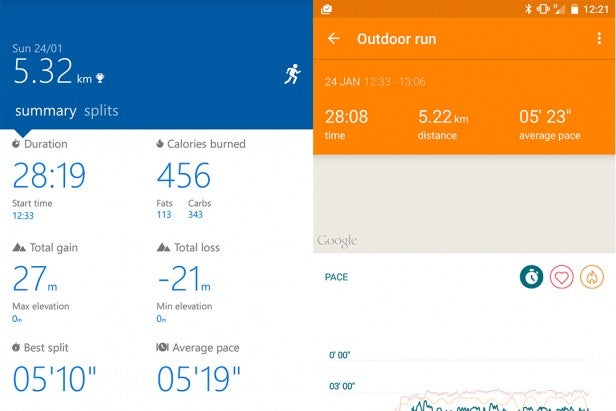 Once connected the Sport offered a marginally more accurate measurement of how far I’d run. Doing laps around my local park, which I know the size of, the Microsoft Band 2 generally said I’d run 10-20m extra, where the Moto 360 Sport was only a few metres out.

However, these features are let down by the Moto 360 Sport’s apparent inability to detect elevation. Unlike the Band 2 the 360 Sport didn’t take into account when I was running up, or down a hill. It also was a little hit and miss when I walked up and down stairs – especially when I did sprints up and down my flat’s stairwell. 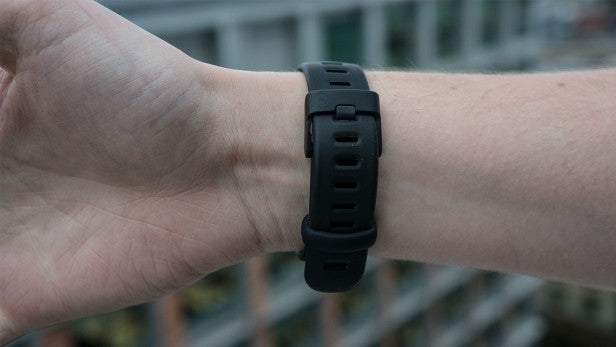 I’m also annoyed by the lack of a dedicated action button – like the one seen on the Microsoft Band 2.

The absence of this action button to launch, stop and pause workouts was particularly annoying when running on the street.

Every time I need to wait at a traffic light, rather than just having to tap on the action button to pause the run, I had to awkwardly swipe through the on screen menus.

The delay may sound small, but the distraction regularly broke my rhythm running and added seconds to my time – thus affecting my ability to accurately track my progress run-to-run.

The heart-rate monitor performs exactly the same as the one on the Moto 360 2, spewing out mostly accurate readings when compared to other devices. The waterproof rating is stuck at IP67, which means it’s protected from dust and water for up to 1m. 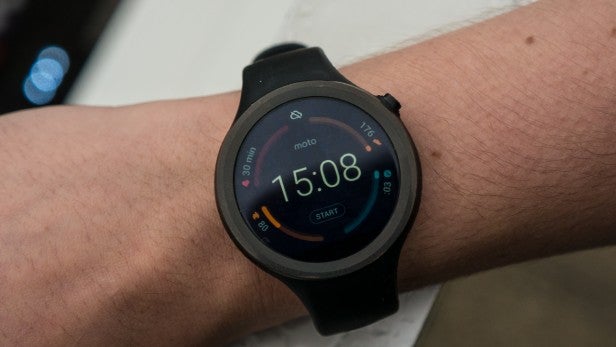 Fitness features aside, you’ve got access the usual array of Android Wear staples. Notifications from your phone – Android or iOS – pop-up, while there’s the growing suite of apps.

iOS support is still fairly limited, you can’t dictate responses for instance, but this is more down to the staunchly tied down ecosystem Apple runs than a decision made by Google. Heck, we can’t see Apple Watch support ever coming to Android so at least the option is there.

Battery on a smartwatch is still a tough one to judge. The technology isn’t quite there yet to keep them going for multiple days, especially the ones with colour displays and plentiful feature lists, so it’s still really about whether they make it through the day.

I can easily go from morning to night without worrying about the watch dying, but that does depend on some factors. 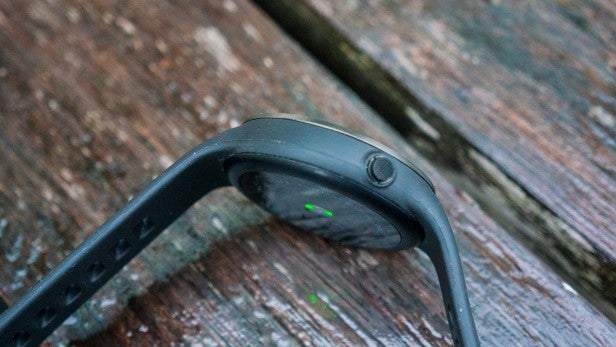 Charging is done through the included dock, just pop the watch on and it uses Qi tech to juice up. It does mean you have to always have the dock with you, but you can always use another Qi enabled pad.

It takes marginally less than an hour for a full charge, which matches up to the same as the regular Moto 360.

Just like battery life, performance is a weird one to judge on a smartwatch. Original flurry of Android Wear watches aside, each of the following devices have all shipped with a Snapdragon 400 processor and 512MB RAM. And they all perform pretty much on par with each other.

They’re smooth and fast, with no apparent lag. But then, there’s nothing that can really cause lag. 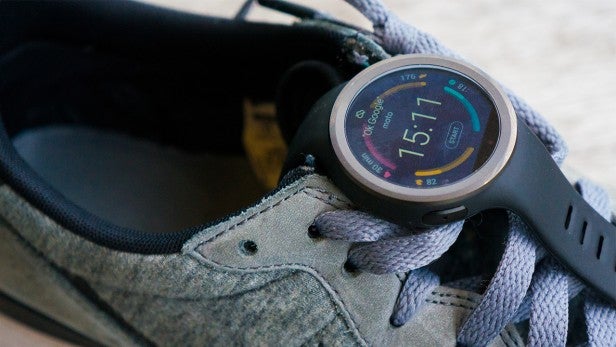 If you just need to have an Android Wear watch with GPS, go for the Moto 360 Sport. Simply because there isn’t any competition. There’s the Sony Smartwatch 3, but that’s starting to age a bit now.

But, when you take into consideration the cheap feeling strap, poor selection of workout software, dodgy readings when going up a hill and quickly draining battery with GPS enabled, the £219.99 asking price starts to feel a tad steep.

The Microsoft Band 2 might not beat the Moto 360 Sport for smartwatch skills, but it does a better job if you’re serious about running. There’s also the TomTom Spark to think about, again it’s cheaper with better running support but lacks Android Wear.

Yet, if you want the smarts of Android Wear with the added GPS for tracking your basic runs and a clever screen you’ll be happy with the Moto 360 Sport.

Simply put: If you’re serious about tracking your runs accurately there are better options out there, and if you aren’t then the regular Moto 360 will do a good job at tracking your daily steps.