There are things we see in Google’s smartwatch-optimised operating system that makes us think it could have a future, but at the moment there’s still some serious fine-tuning to do. It hasn’t changed a great deal since we first looked at it in depth in our Android Wear review. The user interface needs work and there’s not one app that really transforms any of the devices into a must-have.

The OS is built on Google Now and Google Voice, which play a major part in how everything works. To get the most out of it you’ll need to be connected to your phone, and there’s limited functionality without that connection. It’s still nice to get a quick glance at text messages, emails or see calendar appointments, but aspects like navigation and search you’ll probably still want to do from your mobile. 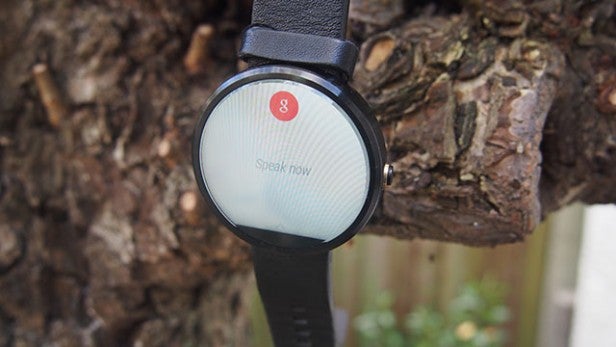 Google’s promised two updates before the end of the year to add potentially more interesting features, such as GPS support and offline music playback, that will make Android Wear watches more useful when they’re not connected to your smartphone. Except those updates have yet to turn up.

Custom watch faces are meant to be another new addition, but for now you’re stuck with Motorola’s choices, which are small and varied, plus some more fun options if you hunt around the Google Play Store for them. You can access them in the same way as on previous Android Wear watches by pressing and holding down on the main homescreen. There’s seven in total, with analogue options outweighing the digital ones, but they don’t look all that great on this chunky watch.

Hopefully those Android Wear updates will arrive sooner than later, as the operating system could really do with something to make it more useful. 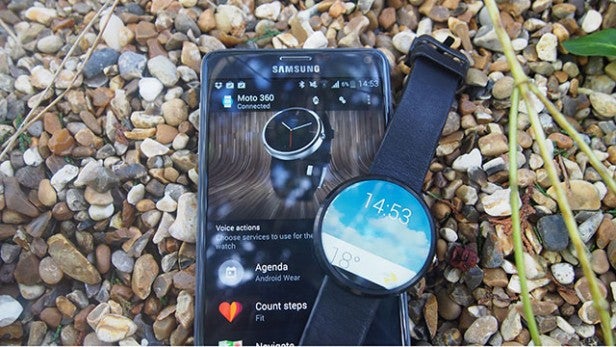 While we didn’t expect the Google Play store to suddenly become flooded with Android Wear apps, the number of apps optimised for the platform has changed very little. Thankfully, Google’s now added a specific Android Wear section to make them easier to find, and more high-profile apps are beginning to turn up, such as Endomondo and Reddit for Wear.

As with other Android Wear watches, you still need to use Google Voice to quickly access apps unless you want to double tap, scroll down, hit Start and then scroll through the apps. It needs to be more intuitive, as most of us don’t want to be forced to talk into our watches all the time. 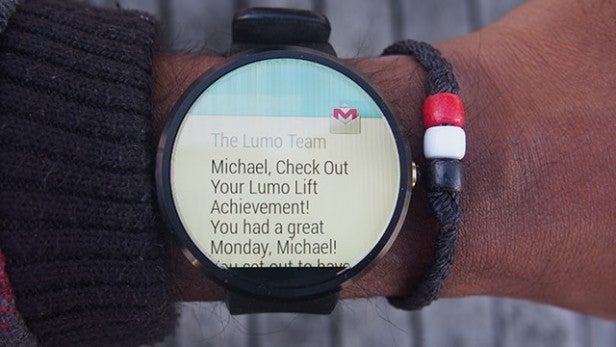 The Android Wear app is where you can control notifications and resync apps, which we had to do on several occasions to make sure apps appeared on the watch. Additionally, there’s the Motorola Connect app where you can customize watch faces, set up a Wellness profile and track the location of your Moto 360.

When we think about how many of these apps we actually use instead of the same ones on our phones, there’s not really any at all. Facebook and Twitter are the most useful, but inevitably you’ll want to go back to the phone to deal with them. Apps such as Cookpad and Endomondo add value in the right scenario, but when you still need to harness features like GPS from your phone, we’re still waiting to find the one app that can give smartwatches genuine appeal.