Mortal Shell is one of the year's biggest gaming surprises, offering a deep, fascinating journey into a melancholic world. It takes blatant inspiration from Dark Souls and Bloodborne,. But innovative tweaks to its combat and progression mechanics let it easily stand on its own two feet.

There’s something weirdly alluring about the idea of hopelessness, exploring a world where there is no light at the end of the tunnel, just a dull, lifeless cavern in which to exist in, fighting valiantly to find some form of solace in a realm confined to misery.

Mortal Shell expresses this sentiment perfectly through an alien world filled with deadly creatures who wish for nothing but your untimely death. As a lifeless vessel seeking salvation, you take control of corpses each with their own unique abilities and backstories that slowly unfold along the way.

Cold Symmetry has crafted one of the finest Souls-like games in recent memory, which is a tremendous achievement given it’s a team of just 15 people. But this isn’t a copycat that limits itself to mimicking the masochistic difficulty of FromSoftware’s efforts. It builds upon the formula in bold and unexpected ways that raise it to another level. 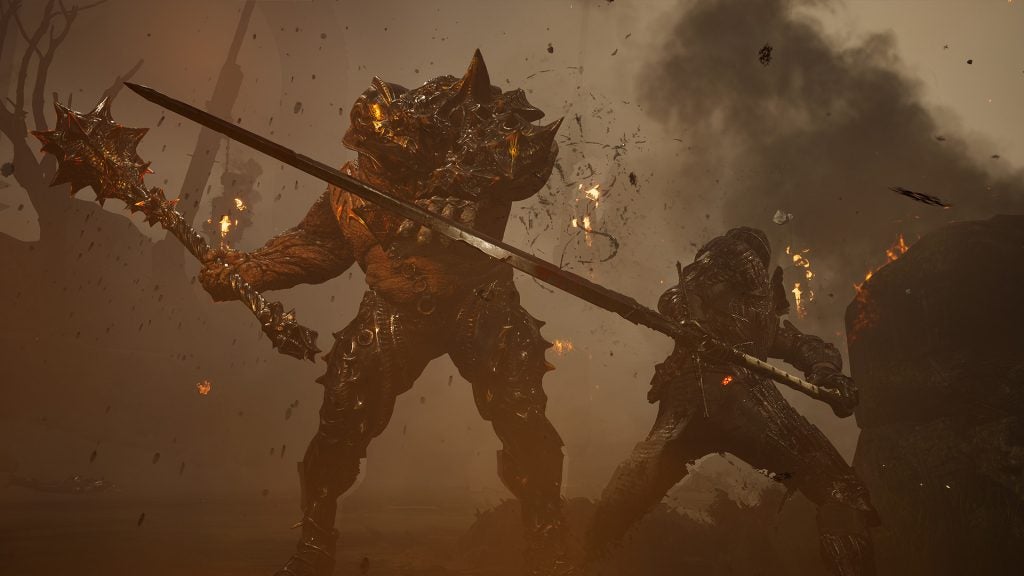 Mortal Shell begins with your awakening in a world that is already broken, the final strands of humanity clinging onto whatever hope they can in the face of insurmountable odds. The lands ahead are drenched in mystery, and there is no choice but to step forward and embrace whatever horrors await.

Its narrative is teased through cryptic dialogue and item descriptions which shine a dim light on what your true purpose really is. Even then, you’ll need to make up your mind in the end. The few unfortunate souls you do encounter treat you with a sense of distinct apathy, making it clear you don’t belong and you’re pursuing an elusive goal that is impossible to achieve. But they cheer you on, even if the face you wear isn’t your own.

Mortal Shell isn’t subtle with the inspiration it takes from Dark Souls. At first glance it looks, sounds and even plays like the beloved classic. However, after a couple of hours it becomes clear that Cold Symmetry has created something far more meaningful here. Instead of crafting your own hero, you take control of four distinct shells each with their own skills, attributes and characteristics. 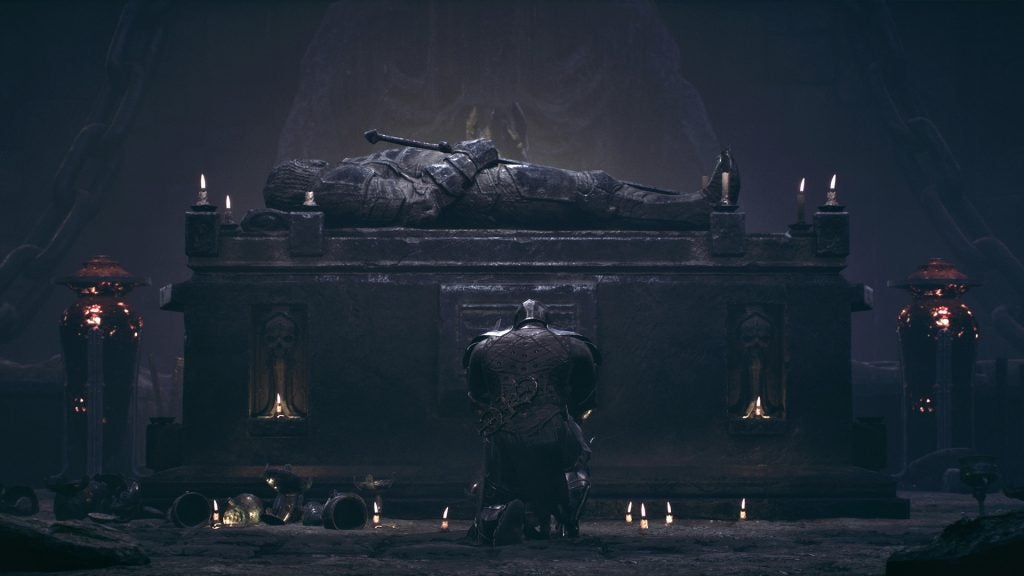 They are essentially classes, but they’re implemented in a way that makes them feel like living, breathing people. This is important as you’ll learn more about each of their distinct backstories as the game unfolds. You achieve this through the upgrade system, which uses currency known as Tar and Glimpses to unlock new skills alongside small nuggets of backstory relating to each shell. Even the purpose of items are unveiled as you use them, forcing you to consider the potential risk and reward of every decision.

It’s a compelling idea, teasing a dark, unfolding mystery which each passing minute. A small yet dedicated number of classes also encouraged frequent experimentation, with each one possessing a varying amount of health and stamina. This allows for a different flow to each combat encounter. I quickly found my favourite, an all-rounder who was fast on his feet but could easily take a beating when the going got tough.

Combat in Mortal Shell is fast and heavy, with an incentive placed on timely strikes and dodges with each enemy posing a genuine threat. Let your guard down, and even lowly bandits can lay you down with ease. On the flipside, marching through previously daunting areas and dispatching everyone with ease is delightfully satisfying. Every encounter is shaken up by the ‘Harden’ mechanic, which is what really sets this adventure apart from its contemporaries.

With a press of the shoulder button, you can surround yourself with an impenetrable shield for a few precious seconds. This will often stagger enemies, leaving them vulnerable to a succession of strikes. Alternatively, you can activate harden in the midst of a strike, ensuring the attack is executed with an extra helping of damage. It’s wonderful, and adds a surprising amount of depth to an otherwise pedestrian combat system. 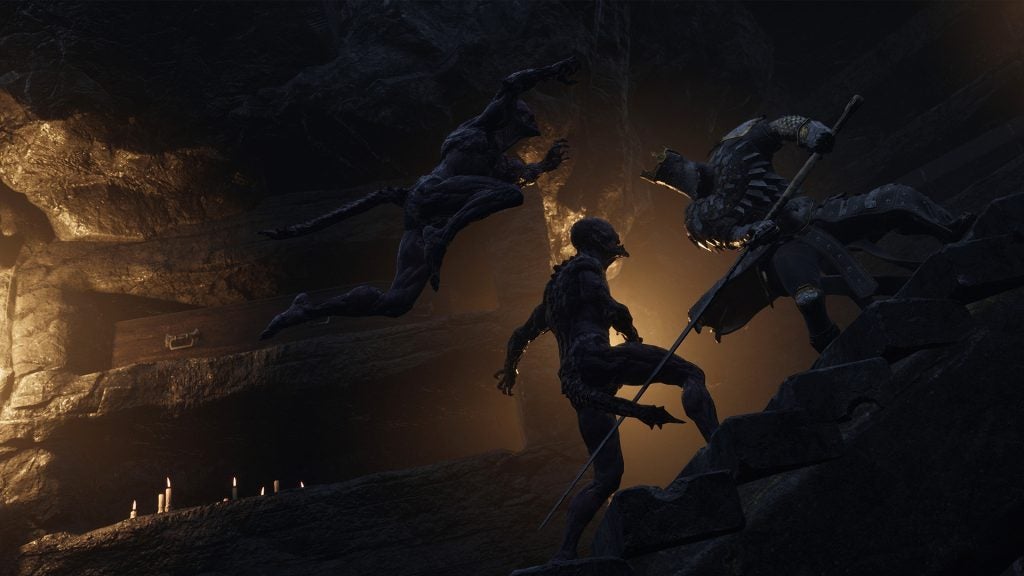 Harden combines with the parrying system beautifully, meaning you have opportunities to either protect yourself from damage without worry, or risk it all for a well-timed parry to fell most enemies in a single strike. Fail, and you’ll take a lovely helping of damage. Such a divergent approach to combat alongside the flexible class system really helps Mortal Shell stand out, even if at times its mechanical ambitions outweigh the world that surrounds it.

You’ll only find a handful of weapons throughout Mortal Shell, each of which are obtained by besting their previous owners in battle. But they all have their own progression system that makes mastering them so much more engrossing. All have two special attacks which can either imbue them with unique properties or deal tremendous amounts of damage. They can feel a little overpowered at times, but are invaluable in a scrap.

The world of Mortal Shell is hauntingly claustrophobic, perhaps by design. I always felt trapped, hesitantly turning each corner only to be greeted by another nightmare to contend with. You begin in a poisonous swamp populated by lethargic knights and bandits who sit around campfires plugging the decaying strings of their lute. It’s a peaceful picture until you walk towards them and immediately trigger a fight. It’s immediately clear that nowhere is safe.

From here, you’ll descend into underground dungeons and into ethereal realms populated with floating structures that feel pulled from a different reality. You’ll dart across floating platforms dealing with adversaries before coming across a library housed with ancient relics. At the centre lies a demented shrine, one I slowly approached before being plunged into one of  the game’s many excellent boss battles. 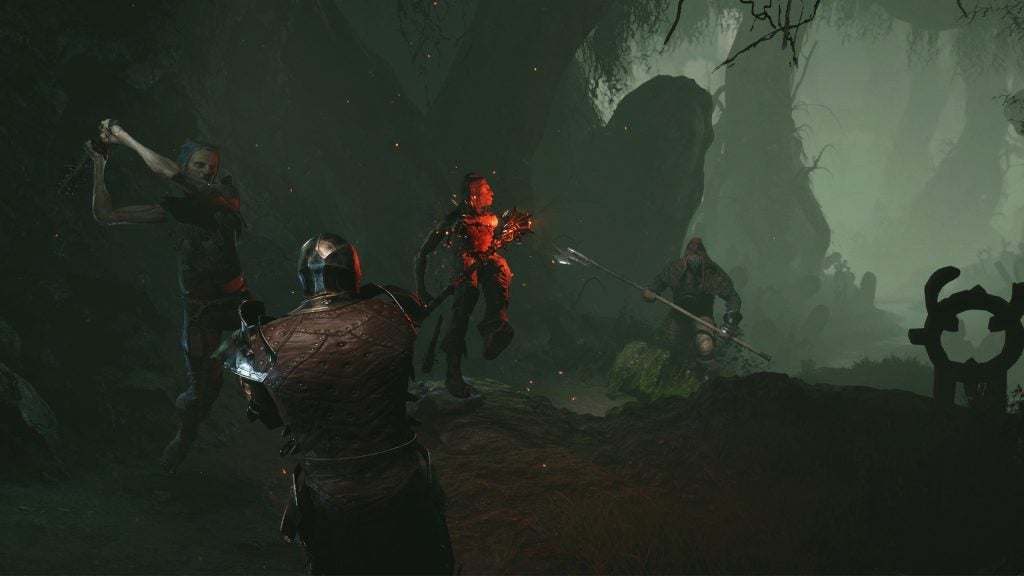 Mortal Shell’s biggest showdowns normally consist of two phases, cementing themselves as formidable tests of attrition. You’ll fail again and again before finally emerging victorious. They all feel fantastic, and defeating them will often transform the world around you in fascinating ways. After besting a knight at the bottom of a snowy cavern and claiming a valuable item, the entire area became shrouded in darkness.

As I made my way towards the exit, foes I once fought had been slaughtered by deadly monsters, who now blocked the path forward. Such a stark change was so exhilarating to witness, subverting knowledge of an area I’d spent hours building. Now, the labyrinth was nothing but a dark precipice I blindly struggled to navigate, reaching the exit of out sheer luck and determination.

It isn’t over yet, either. The swamplands have now been covered in a dense fog, with deadly monsters to be found within it. A bell tolls in the distance, sending a disgustingly eery shockwave through the land I had no choice but to tackle. It’s excellent, and I haven’t seen a game in this genre create such a shifting sense of agency before, and I hope other creators learn from it. 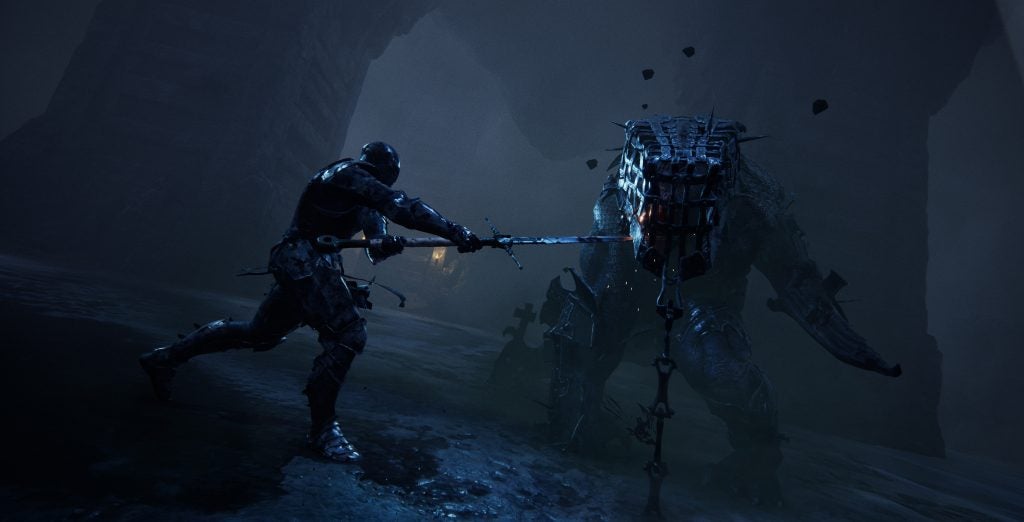 I would level complaints at the size of Mortal Shell, but given its generous retail price and the size of its development team, the scale of achievement here is stunning, and I loved every second of my time navigating this battered and broken world. I will admit that some areas in the game’s latter segments are a little uneven, with far too many foes to content with between small bastions of safety.

It became a test of patience rather than skill at times, so I often ended up sprinting past everyone hoping I wasn’t swiftly murdered. It worked, sometimes. But these moments are few and far between, scant inconsistencies in an otherwise fantastic package. The fact such an underdog effort can stand shoulder to shoulder with the big players so easily is hard to believe, but Mortal Shell achieves that and then some.

Mortal Shell is one of the year’s biggest gaming surprises, offering a deep, fascinating journey into a melancholic world that’s well worth taking. It takes blatant inspiration from Dark Souls and Bloodborne, yet builds upon the combat and progression of such classics that it more than stands on its own two feet. As Cold Symmetry’s debut title, Mortal Shell ensures they are a studio to walk as we dive into the coming generation.