Attempting to refresh or reboot an existing franchise is a tricky art. In the case of Mortal Kombat – which back in the Mega Drive’s heyday was one of the biggest franchises around – its fortunes have faired less well of late, passing from publisher to publisher and losing any connection to its photo-realistic beginnings with each new game that rolls out.

Mortal Kombat X – both on console and mobile – feels like an attempt to clear the decks somewhat and start again. In one respect, it’s been especially successful: playing Mortal Kombat X evokes very few memories of those original games from the 1990s, though Warner Bros.’ attempt to hit the reset button has also washed away much of the character that originally drew players to the franchise. In terms of delivery, Mortal Kombat X Mobile could be attached to any IP; it’s generic, it’s featureless, it’s dull. 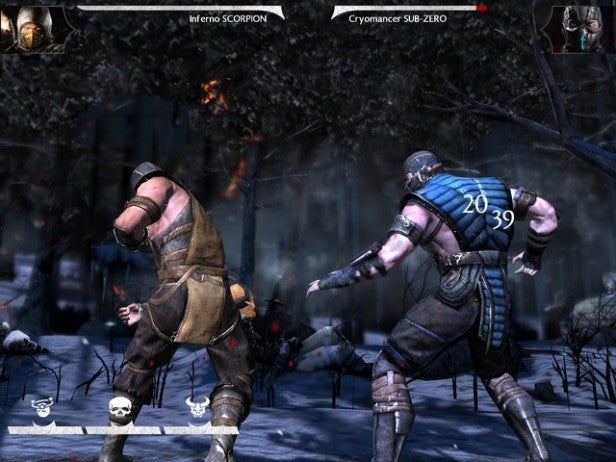 More important than the feel of the game, however, is how it actually plays, and to properly evaluate that it’s best to split Mortal Kombat X Mobile into two sections. First up, the fights themselves, which are especially tap happy affairs. Rather than simply being a one on one contest, battles in Mortal Kombat X Mobile are titanic tag team tussles between three players on each side. Controls are intentionally limited: To attack, all you need do is repeatedly tap the screen, with the game switching between punches and kicks at will.

Every now and again a succession of said punches and kicks will trigger a special move, with the game pausing and tasking you to swipe in particular direction to finish it off. Should you find yourself attacked, then two fingers on the screen at the same time will block almost all moves, with success coming from mixing up the two – gauging when the best time to go on the offensive and the best time to take a back seat is. 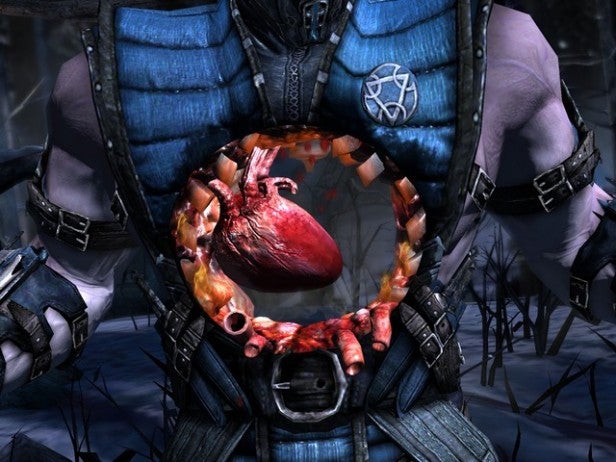 The more attacks you make, the more energy you build up, with filling up the gauge unlocking a special attack that, once again, is controlled by a variety of different QTEs flashed up on the screen. Swipe this. Tap that. Increase the damage rate. And so on.

It’s fairly light stuff in practice, with the developer naturally having to constrain the control set up because of the touchscreen nature of smartphones. One nice feature is the ability to call on characters tooled up by other players around the world mid-battle if connected to the internet, though it’s a rare moment of ingenuity on behalf of the development team in the midst of an otherwise sterile package. If Warner Bros. had pushed this out as a stand alone paid release, where the fights were the only thing it had to offer, then Mortal Kombat X Mobile would be utterly forgettable. What the developer has attempted to do, however, is place said play in a system that constantly rewards you and gives you the perception that you’re making progress. 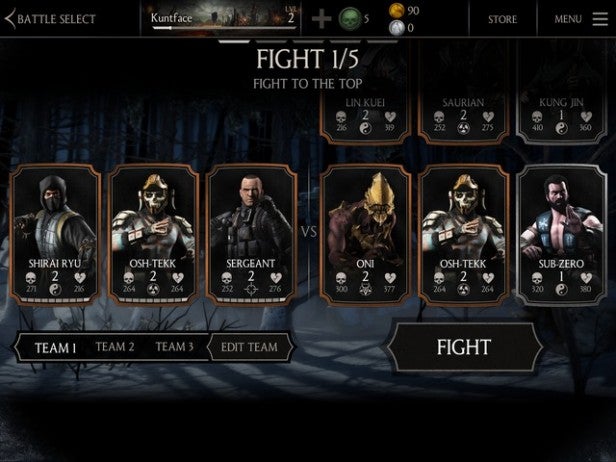 Built around a card system, Mortal Kombat X Mobile at times feels like free to play almost at its most cynical. Initial fights are ridiculously easy, and even a novice can get through a stage only using one of the three fighters on offer. The difficulty soon starts to ramp up, however, and – after a flood of bonus cards and credits – it becomes clear that the game is gearing you towards spending some cash in order to progress. Confusingly, while you can buy extra souls (which in turn can then be spent on additional card packs) or gold for additional characters in the store, you can also buy card packs with hard earned sterling. Whatever the system, however, it’s the drip feed of small scale freebies that encourages you to spend real cash in order to keep progressing. In reality, however, all you’re doing is progressing through a system.

There’s no real game here to speak of. The battles themselves are so mundane, so perfunctory, that there’s no sense that any real skill or strategy is required to see it through. Instead, Mortal Kombat X Mobile attempts to draw you in with its dressing: card collecting. It’s a tactic that just might work if the cards on offer were built around a game of any substance, but instead the cards are the game’s main selling point – a move to draw you in with bonuses and a “gotta collect ’em all” mentality without actually giving you anything of worth to invest them in. 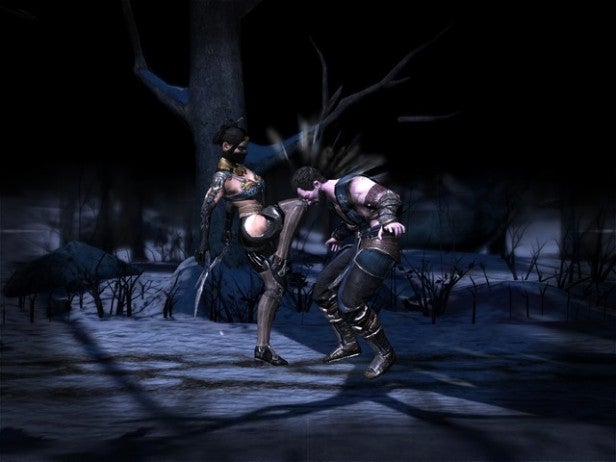 Undoubtedly, Mortal Kombat X Mobile’s approach will work with a select band of gamers but, looking at it with a critical eye, it’s disappointing more attention couldn’t have been focused on building a solid game first and then constructing a payment model around it rather than the other way round. For the development team, it seems like that was one battle it sadly lost.

Verdict
Pretty and designed for collect-o-maniacs (or should that be kollect?), Mortal Kombat X sadly suffers when it comes to actual gameplay, offering up tame, tap-happy controls that leave you feeling like little more than a spectator in its tag team battles.