What is the Morphy Richards Total Clean Fresh?

The Morphy Richards Total Clean Fresh is a steam mop with a handheld steam cleaner that pops out for detailed cleaning work.

It isn’t exciting or innovative, but it does exactly what it sets out to do. It makes quick, light work of mopping all floor types and does a great job on smaller cleaning jobs too. 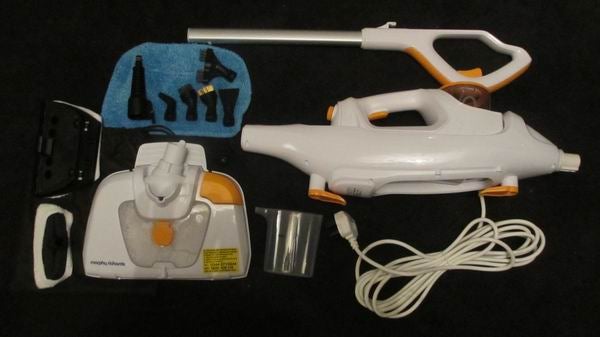 The Morphy Richards has a plasticky look and feel, and as a result is fairly lightweight. Much of the weight is towards the bottom of the unit – the upright design incorporates a handheld steam cleaner at the bottom – so it doesn’t feel too heavy in the hand.

A separate tank for detergent can be found in the floor-head, although its use is optional. Morphy Richards doesn’t supply any detergent with the cleaner. 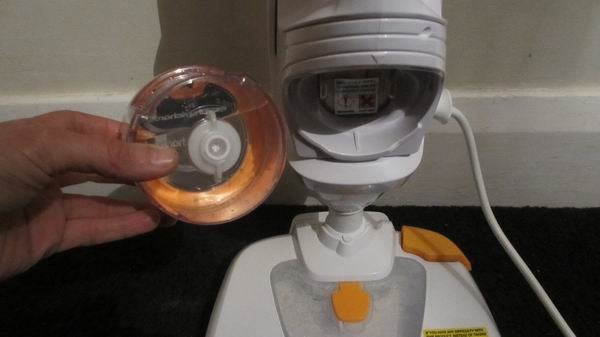 It does come with plenty of tools. As well as the floor-head, two microfibre cloths – one for hard floors; one for carpets – and carpet glider, there are an additional eight tools. Morphy Richards claims this means it’s good for 13 different uses around the home. We’d say that it comes with all the tools you need, and that they come in a handy accessories bag.

There are two types of tool. There’s a “utility attachment” with cloth, which is a tool in its own right and also used to connect two other tools: a squeegee and a flat cleaning head. The latter is designed for tiles, cabinets, glass, worktops and soft furnishings.

Then there’s an angled accessory adapter, which acts as an adapter to work with four other small tools, delivering a jet of concentrated steam that’s perfect for cleaning items such as taps.

There are two round brushes: one plastic; one brass. Plus, there’s a long thin brush for cleaning straight grooves and crevices such as grouting. Finally, there’s an unusual scraper/spatula attachment that’s recommended for de-icing fridges and freezers, among other things. 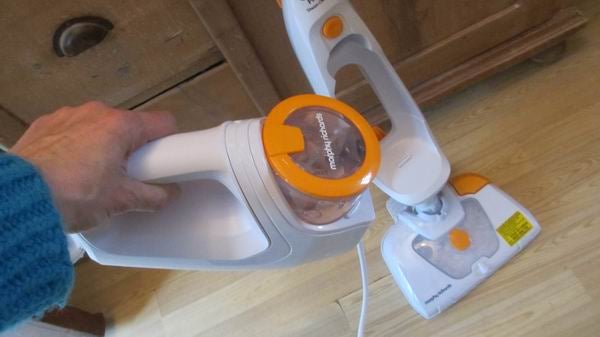 Morphy Richards Total Clean Fresh – What’s it like to use?

The Morphy Richards water tank pops out to be refilled, and can be easily topped up straight from a tap without any spills. A replaceable anti-scale filter sits just behind it, in the body of the unit.

There’s no power switch. Simply plug it in and the unit will start to heat up. It has a three-second heat-up time and can run for up to 15 minutes. 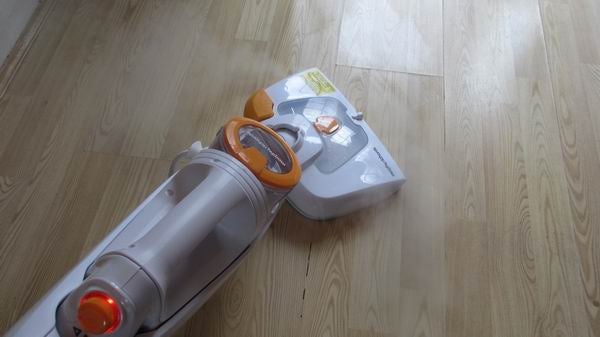 The steam level can be varied via a knob at the butt of the handheld cleaner, which is accessible when it’s clipped into the upright. We found the machine delivered sufficient steam, but not so much that we ever felt the need to turn it down.

Hard-floor cleaning was quick and efficient. And with the clip-on carpet glider, it does a good job of lifting dust from carpets without making them soggy. The glider is rectangular and compact enough to tackle carpeted stairs too, where some models boast a large triangular head that can’t practically be used on stairs. 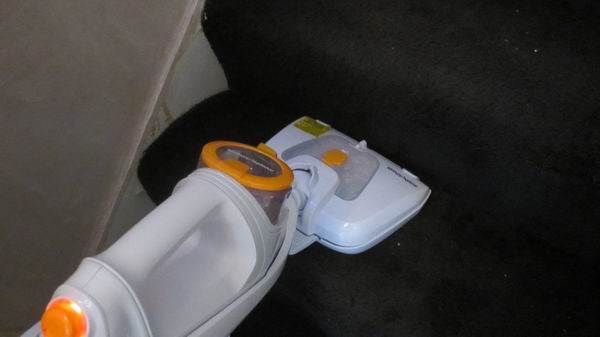 As an upright cleaner it’s a little bulky, but it’s well balanced and can stand up by itself when not in use. Lugs on the back of the body of the upright cleaner are useful for stowing the power cord.

For handheld cleaning, the centre portion pops out and is ready for action in a matter of seconds.

We loved the wide range of tools on offer, all of which were easy to attach via the adapter nozzle and worked well. There was something suitable for every cleaning task. 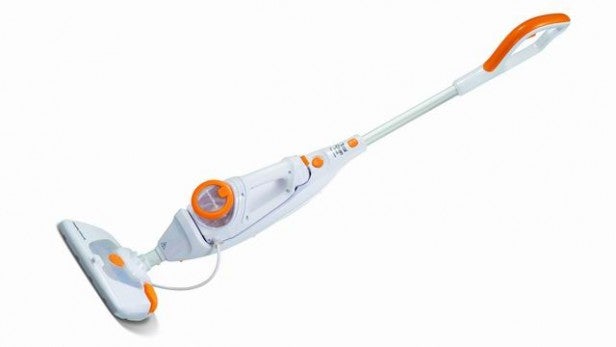 Should I buy the Morphy Richards Total Clean Fresh?

In all, the Morphy Richards Total Clean Fresh is a superb handheld steam cleaner that doubles as a good steam mop. If your priority is odd cleaning jobs around the house, it’s a great buy that will serve you well on floors too.

It’s also worth considering the Kärcher SC1 Steam Stick, or cylinder steam cleaners such as the Kärcher SC3 and the great value Polti Vaporetto GO.

An impressive handheld steam cleaner that doubles as a steam mop.