What is the Morphy Richards Rose Gold Toaster?

The design’s good and toasting was very even, but it had a tendency to tip up if you push the levers down with any force, so it’s not for the ham-fisted. 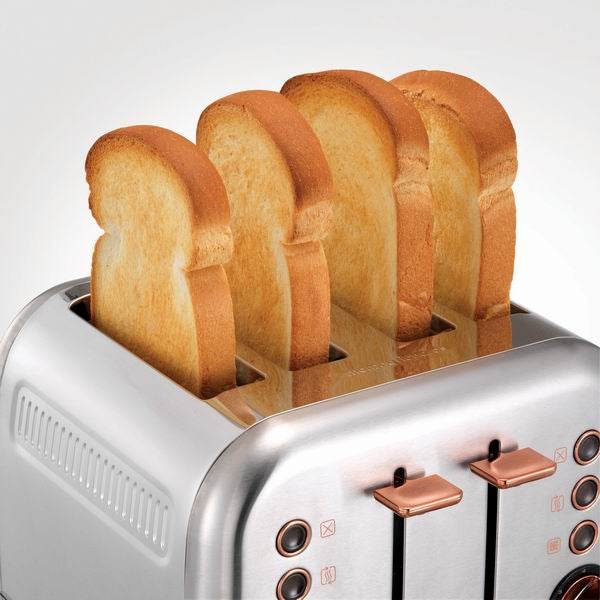 I tested this toaster in brushed stainless steel, but it’s also available in matte black and matte white. Each of which is accented with on-trend rose gold, which to the uninitiated might be described as looking like brightly polished copper. It’s classy and very now.

The design is attractive and traditional, almost old-fashioned in its simple, curved lines. Each pair of slots has a dial to control browning, from 1 to 7, with a dozen clicks between each number so there’s lots of fine control, plus three buttons that light up when active: defrost, reheat and cancel. There’s no bagel setting for toasting on one side.

Morphy Richards Accents 4 Slice Toaster is essentially the same appliance but in various finishes, with prices ranging from £40 to £60, so you’re paying a bit extra for the finish

Cable lengths are a bugbear of mine. This one is 80cm, which is OK, but that’s measured from the front middle. From the back you get 60cm. There’s cable management underneath to store the excess. 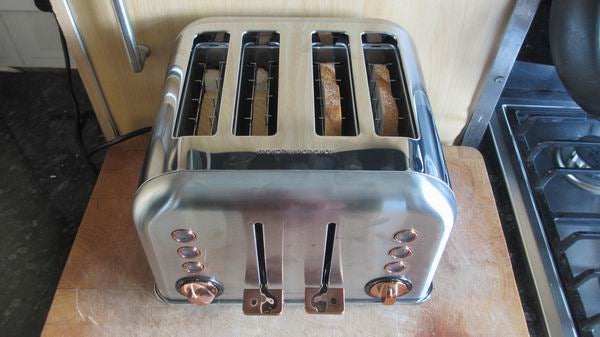 Morphy Richards Rose Gold Toaster – What’s it like to use?

I toasted two slices of white bread vertically and two horizontally (they only just fitted) to test evenness. I set it for a middle-of-the-road browning level of 4.

There was an immediate problem: I pushed both levers down simultaneously, perhaps a little bit forcefully, and the whole toaster tipped towards me. 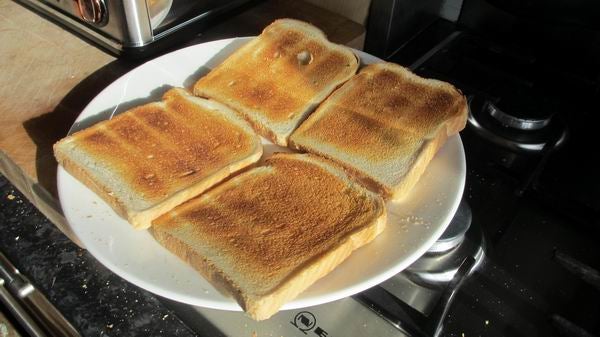 I tried this again, several times, and found that the toaster does indeed tip up too easily because it’s lightweight and doesn’t stick to the worktop.

But I did get it to work by pushing down more gently. Both sides popped up after 2 minutes 50 seconds and were well browned and remarkably even. In fact, it was impossible to tell which pair had been toasted horizontally and which vertically. Impressive.

The slots are each 3cm wide and can narrow to less than 1.5 cm in use, to grip thin bread. 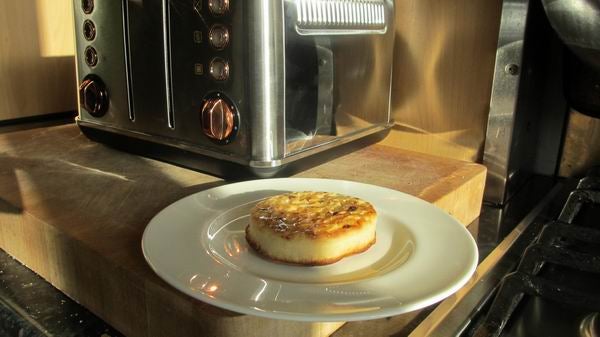 I toasted crumpets on a browning level of 5 and found them to be well cooked and easy to remove from the toaster. Unlike many toasters, you don’t push the levers up to give the toast an extra lift, instead it sits extra high in the first place.

The brushed stainless steel case gets very fingerprinty. There are two crumb trays, accessed from the rear. They work fine but this impacts on the design, forcing the power cable come out of the middle back, not one or other corner. 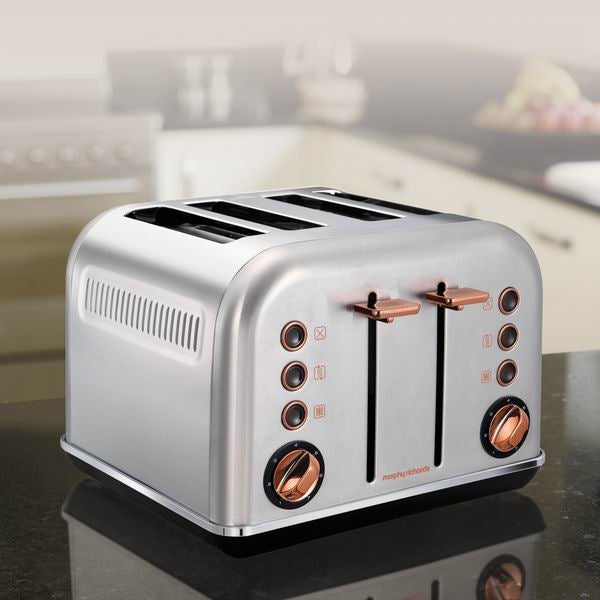 Should I buy the Morphy Richards Rose Gold Toaster?

Toasting is very even and I do like the design. But this business of tipping up could be a deal-breaker if you’re ham-fisted or just someone who makes family breakfast like a whirlwind. But treat this toaster more gently and it will treat you well.

Other four-slot models worth considering are the Dualit 4 Slot Lite or Hotpoint TT 44E instead. And if money’s no object then the KitchenAid Artisan Toaster is rather lovely.

The Morphy Richards is attractive and toasts evenly, but it can tip up too easily.