The Morphy Richards 403010 Total Control Blender is easy to assemble, use and clean. While it could be better at crushing ice, it does well blending soups and smoothies, even with some frozen ingredients – which is already plenty for its affordable price. The glass jug here is heavy, but sturdy and durable.

What is the Morphy Richards 403010 Total Control Blender?

The Morphy Richards 403010 Total Control Blender is an affordable, simple blender that comes with a heavy – but sturdy – glass jug. With five speeds and a pulse function, it’s super-easy to use. While this blender struggled somewhat with crushing ice, it was successful in blending softer fruit and veg into smoothies and soups.

The jug is heavy, but sturdy, and has embossed measurements in millilitres, litres, ounces and cups, with 500ml being the minimum and 1500ml the maximum. While it’s more likely to shatter when dropped, the glass will not wear out, or discolour over time, as plastic would. 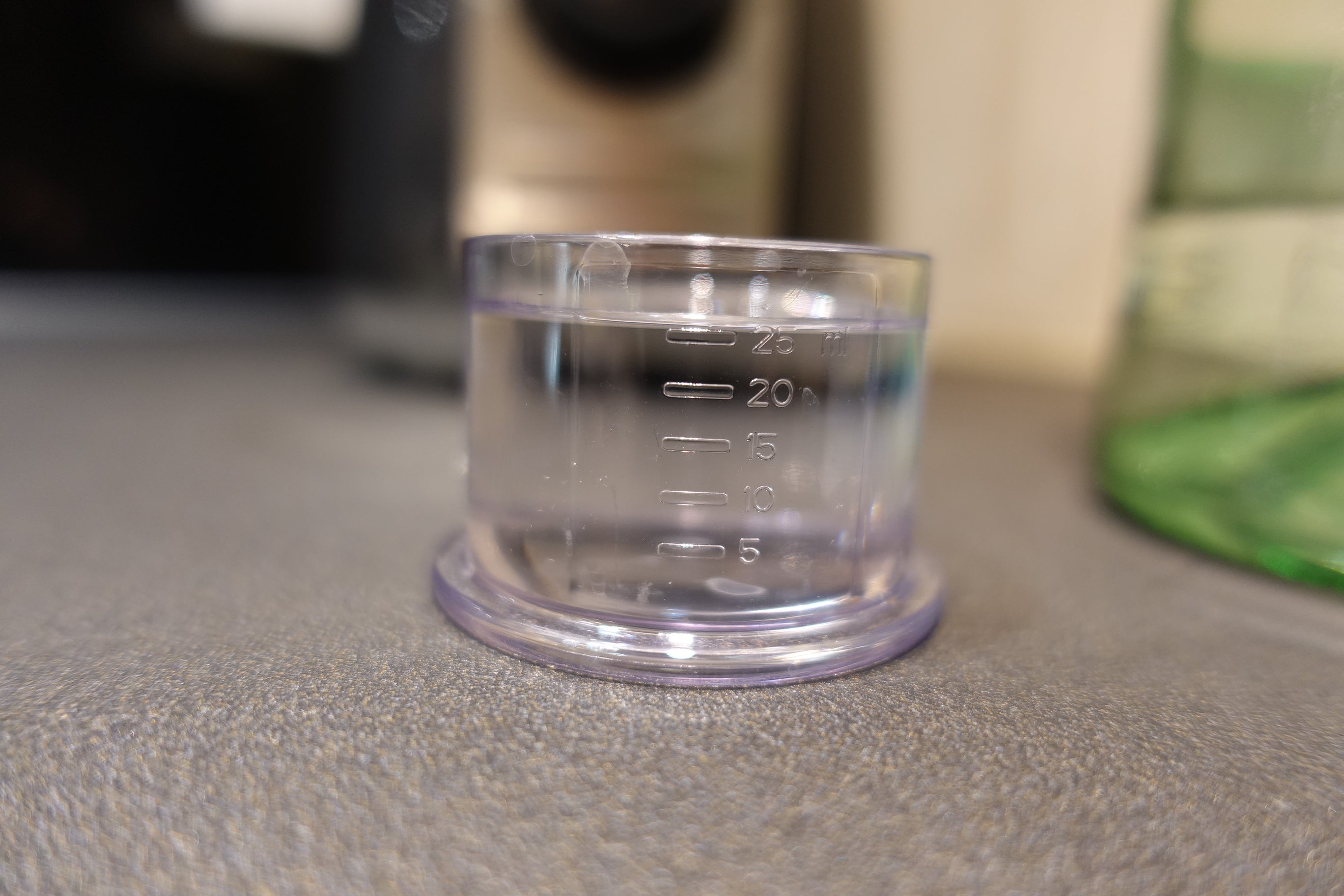 The measuring cup is made from glass

The blade base is the same black shiny plastic as the main motor unit and easy to wipe down. The grooves of the blade base simply slot into the motor unit, with no extra twisting required.

You’ll find the speed control dial on the metallic panel of the motor unit with the Morphy Richards logo. Starting at 0, you can turn the dial clockwise for speeds 1 to 5. Twisting anti-clockwise activates the pulse function, but the dial will bounce back as soon as you let go of it, so you need to keep turning it for repeated pulsing.

Every turn of the dial is accompanied by a gentle click – although you’re unlikely to hear this once you’ve turned on the blender. It’s quite a noisy blender, often measuring around the 90dB mark, according to my Decibel X app. 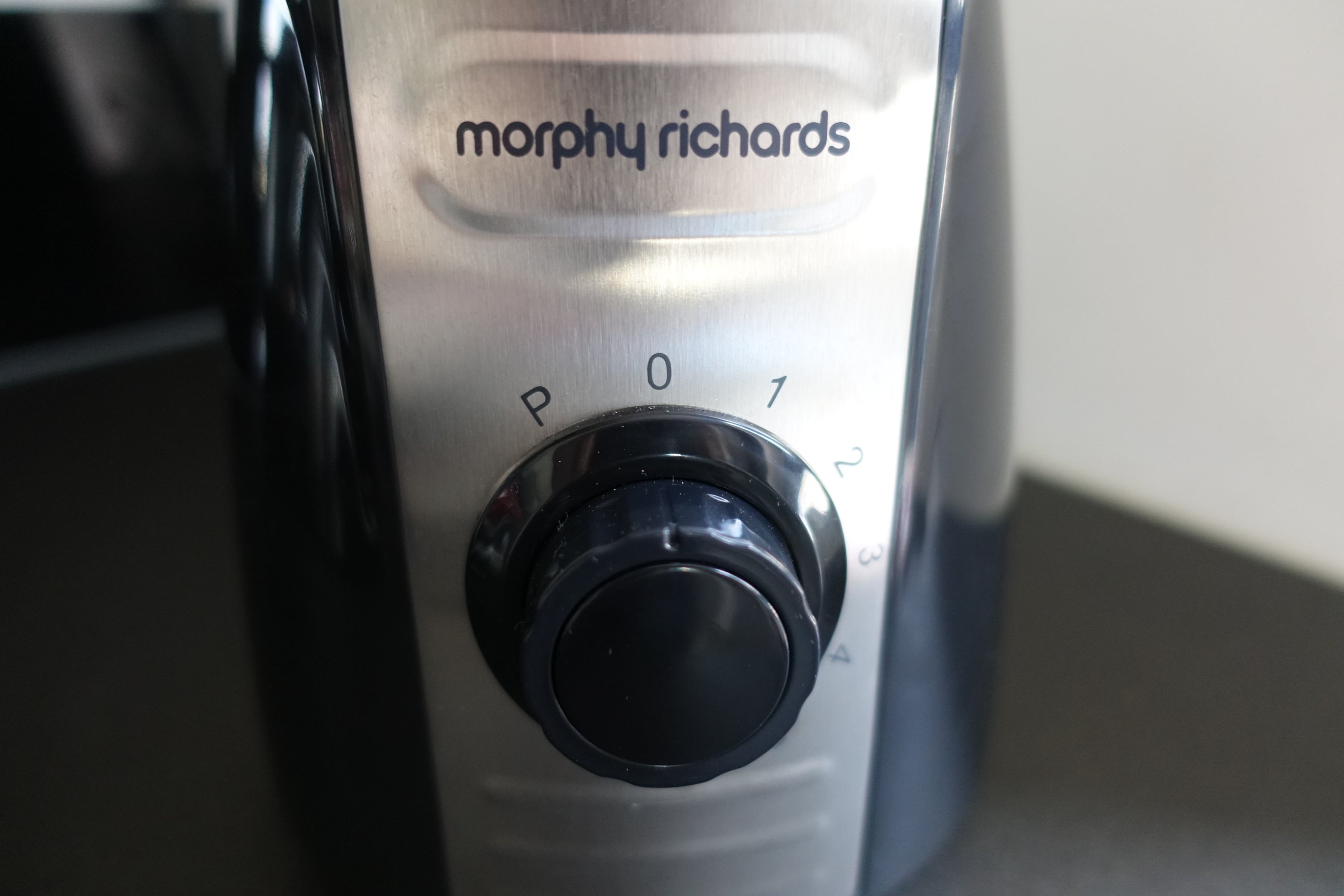 The control dial is simple to use

I started using the blender by making a simple smoothie using strawberries, bananas, avocados, almond milk, peanut butter and lime, on settings 1 and 2 for 35 seconds. While the resulting drink was smooth overall, you could still see some of the pith of the lime.

Then, I tried a more ambitious shake with ice cubes, large frozen strawberries, avocados, bananas, cocoa powder, protein powder, cacao nibs, a handful of cashews and water. Gradually increasing the speed from 1 to 5 over 30 seconds, I then continued to pulse for a further 15 seconds. Again, while the resulting texture of the drink was mostly smooth, and the cocoa and protein powders were evenly distributed without lumps, there were some crunchy remnants of cashews and cacao nibs. 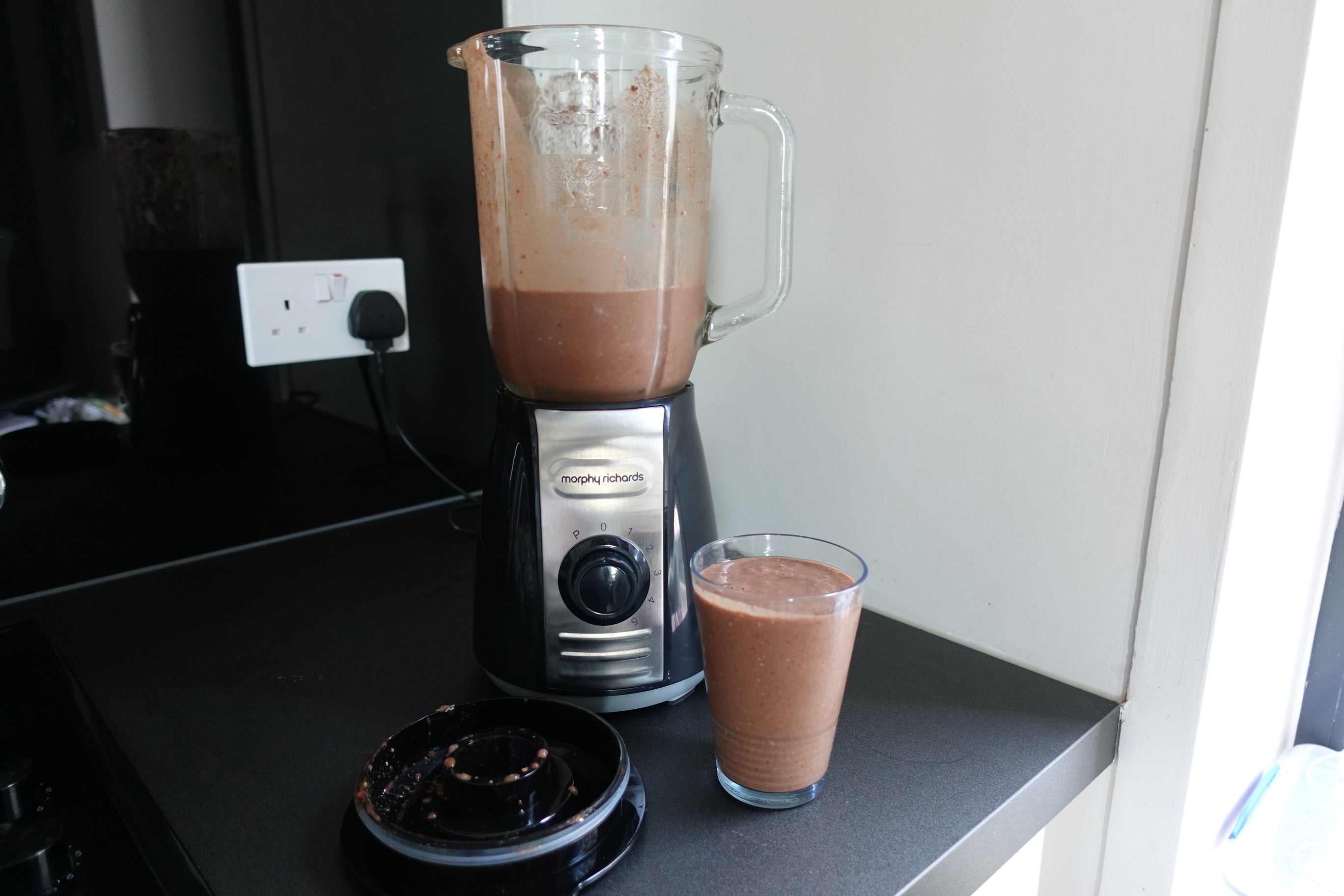 Next, I set on making an icy smoothie bowl, with ice cubes, frozen pineapple chunks, avocado, banana, a handful of spinach, water and matcha green tea powder, increasing the speed from 1 to 5  over 30 seconds. The mixture came out surprisingly smooth, apart from one battered ice cube. 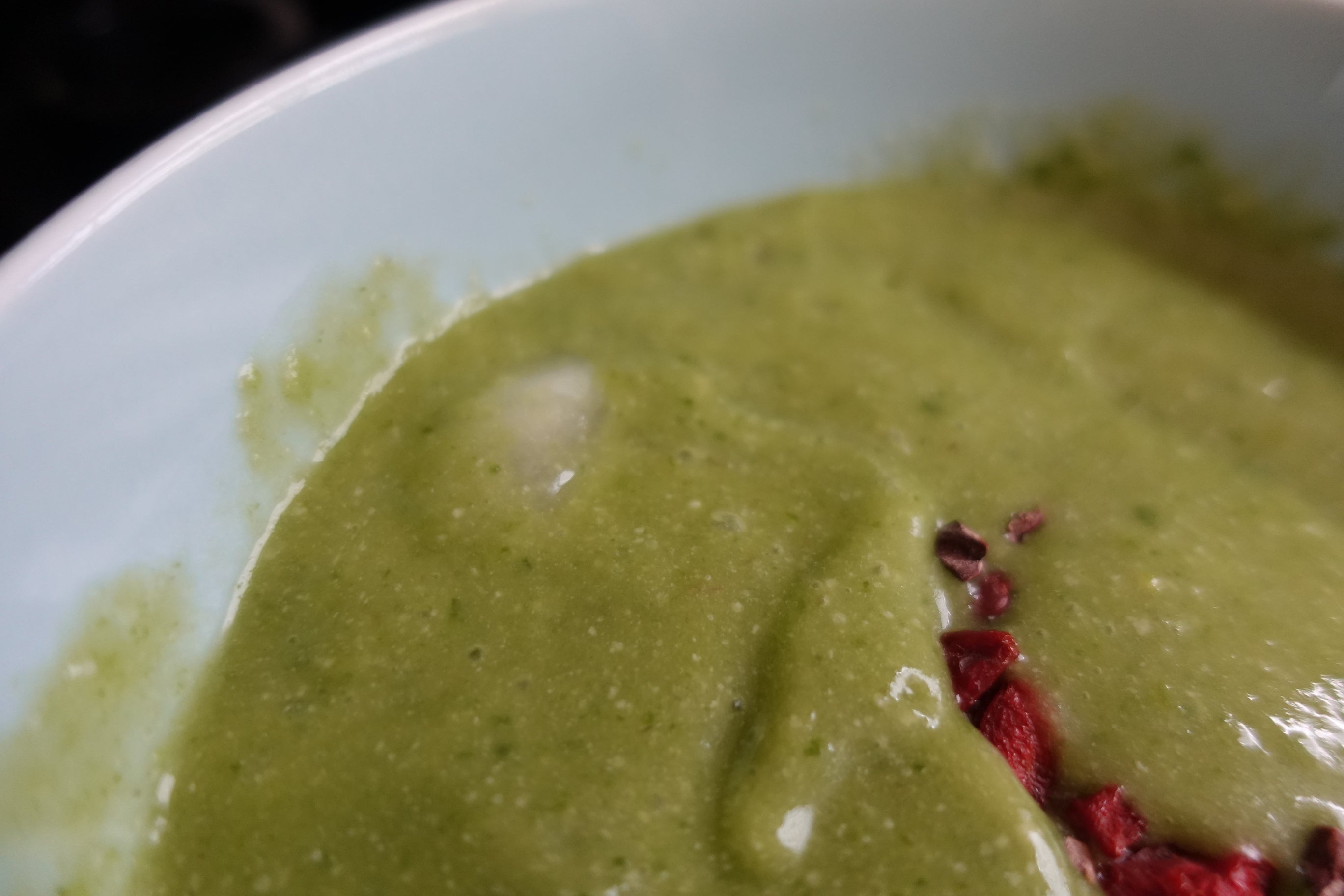 To crush ice, I added six large ice cubes into the jug, making sure I stayed under the 500ml line (as the manual suggests). I turned the dial to pulse for the next 55 seconds. 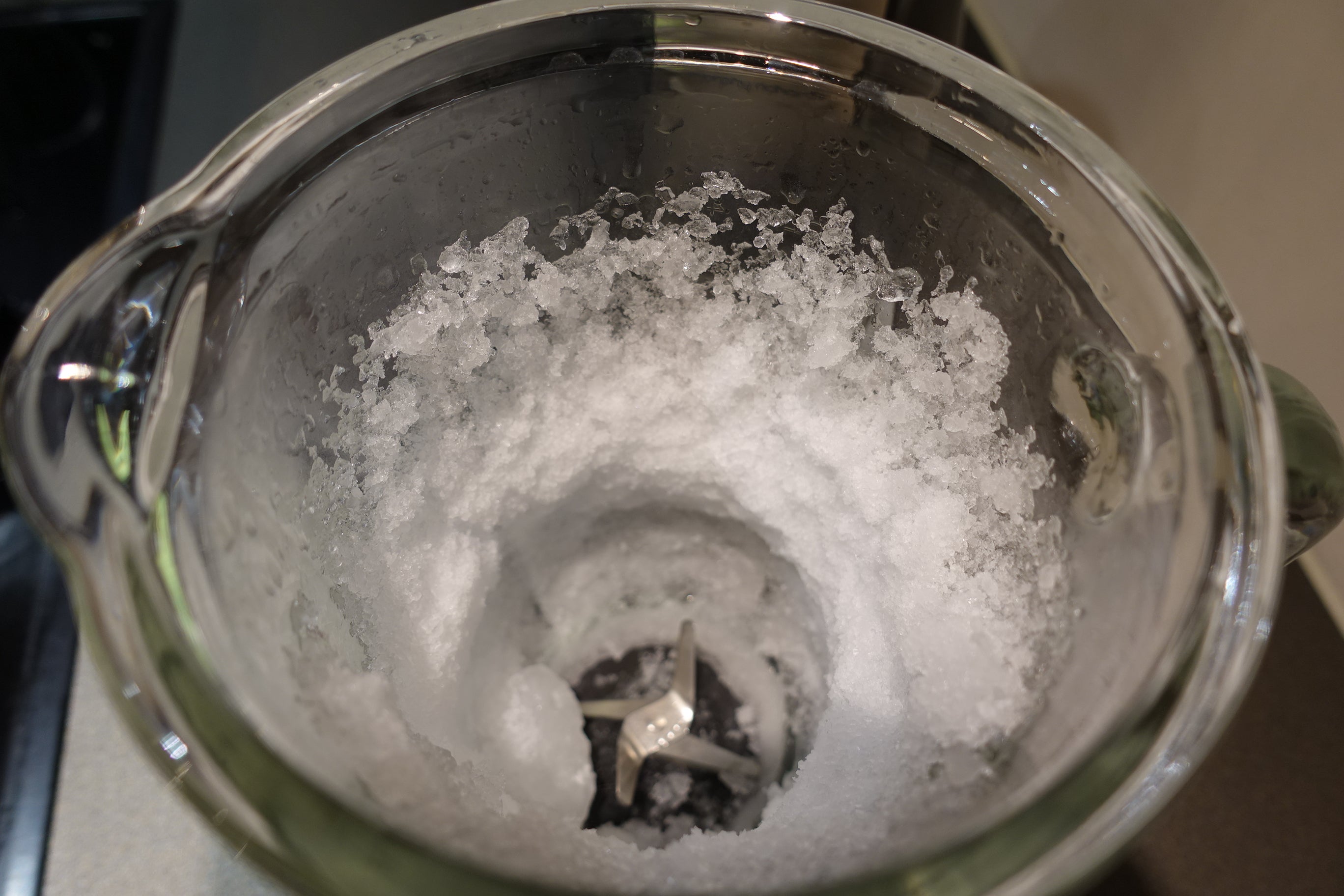 Some of the ice looked pulverised, while some stray bits and a bigger chunk of one cube remained. This unevenness made it difficult to use the ice for making cocktails, as some of it would melt right away, leaving bigger pieces to float in the mess. 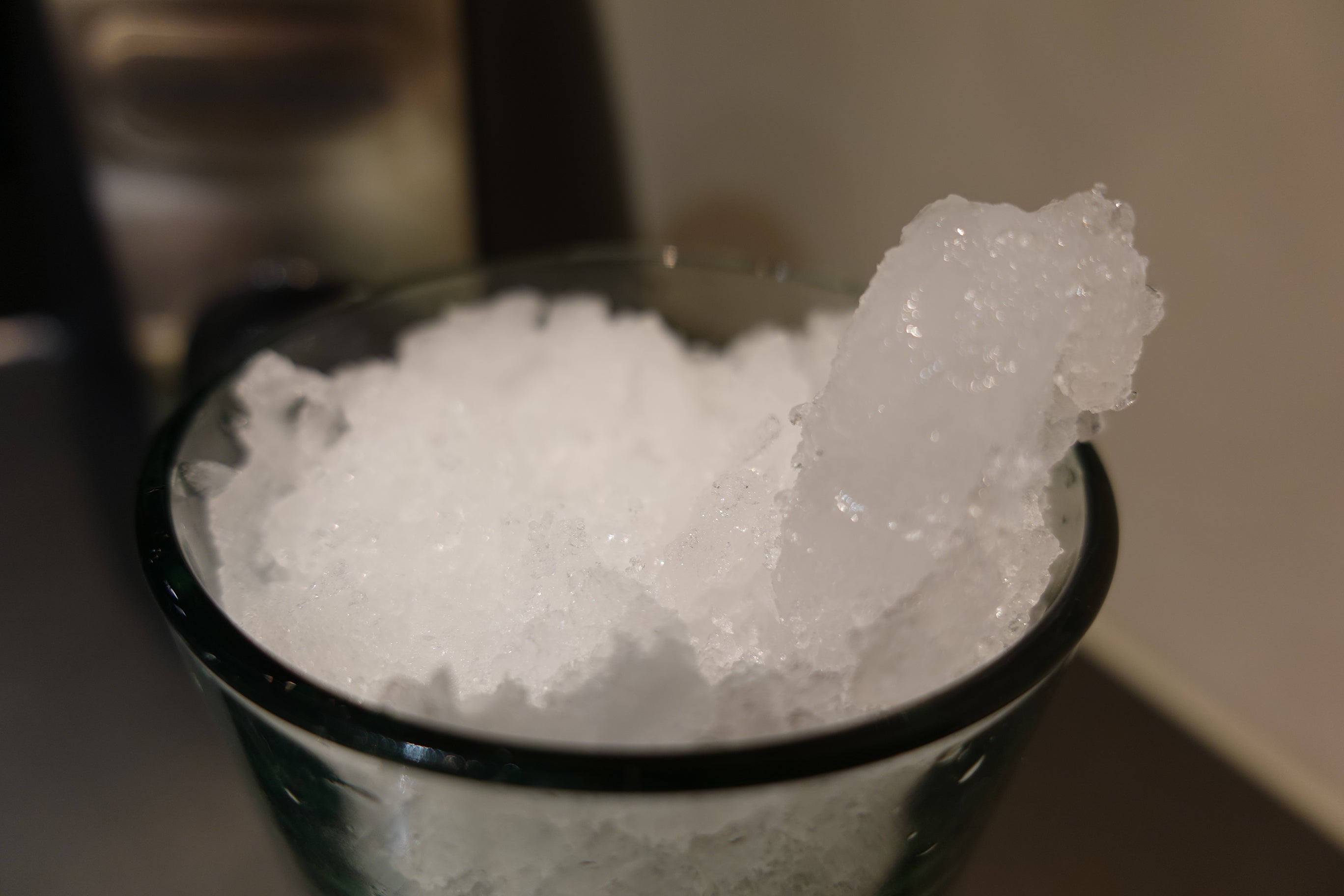 I also tried crushing ice with 30ml of syrup, then adding some frozen strawberries. After 30 seconds of pulsing and 30 seconds on speed 5, I had a somewhat uneven slushy-style dessert. 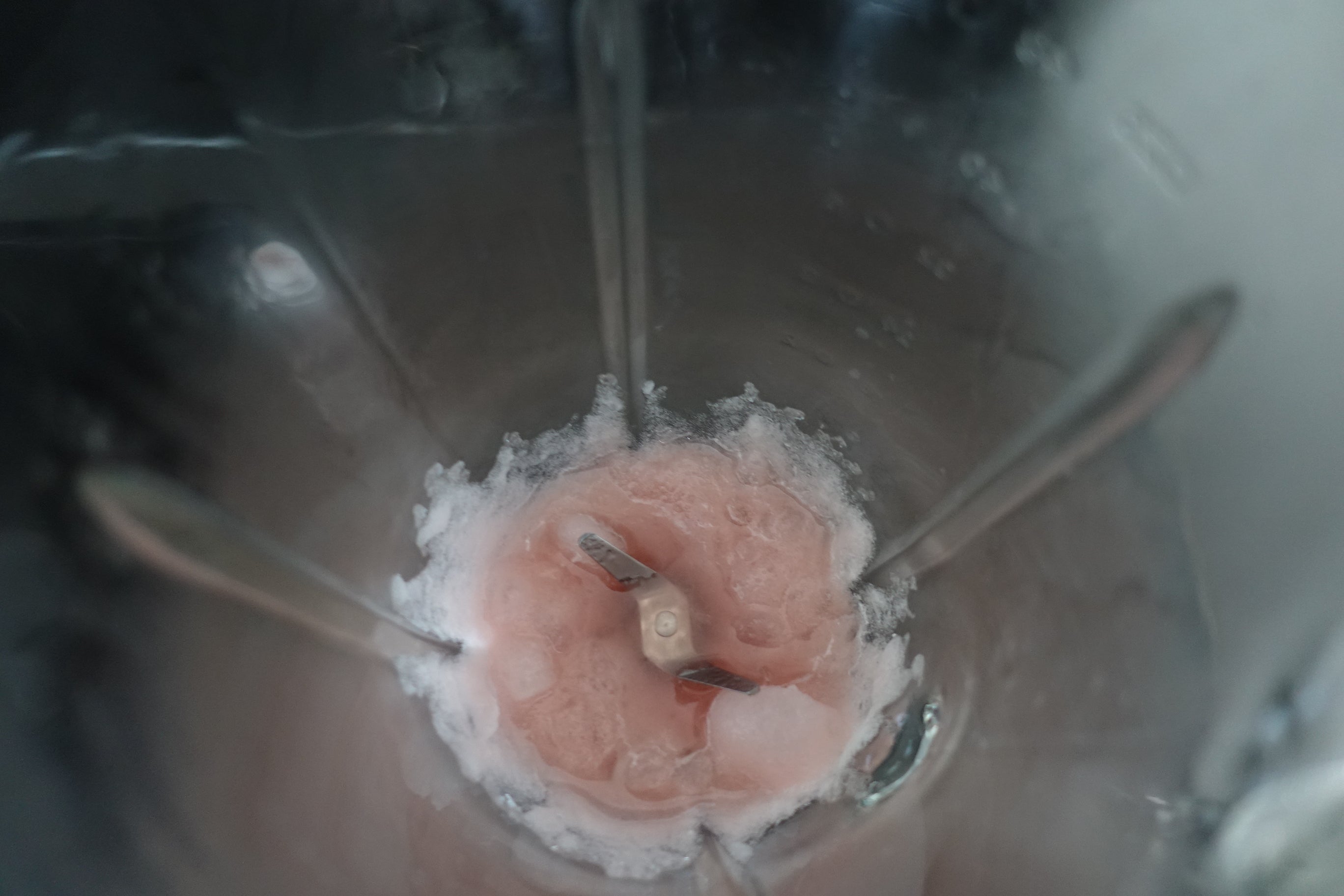 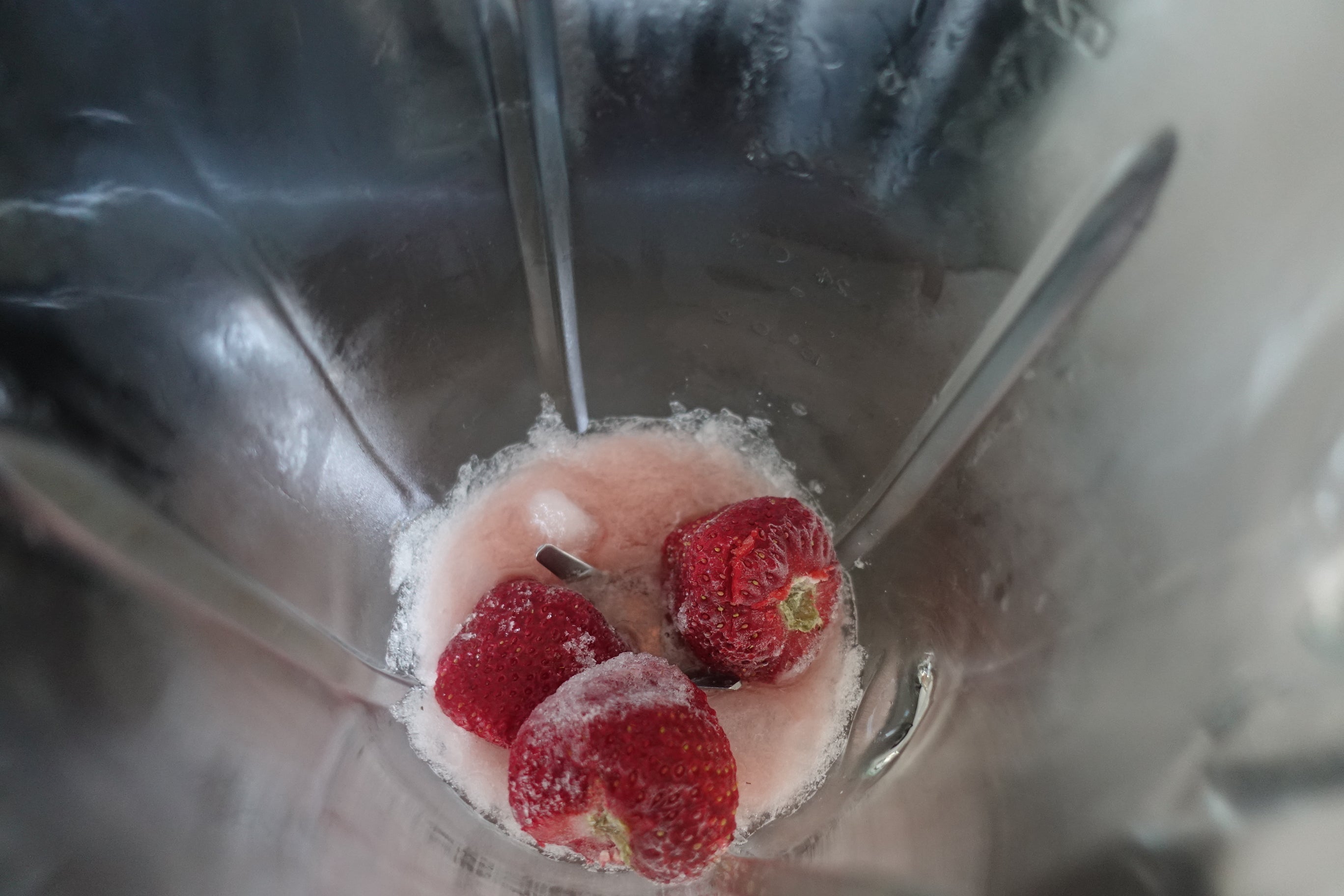 Finally, I set my sights on making a cold soup. Blending some cold stock with a tin of coconut milk, large chunks of peeled cucumber, avocado, chopped ginger and chillies, I achieved a fluffy, airy texture in just 45 seconds, gradually increasing the speed from 1 to 5. 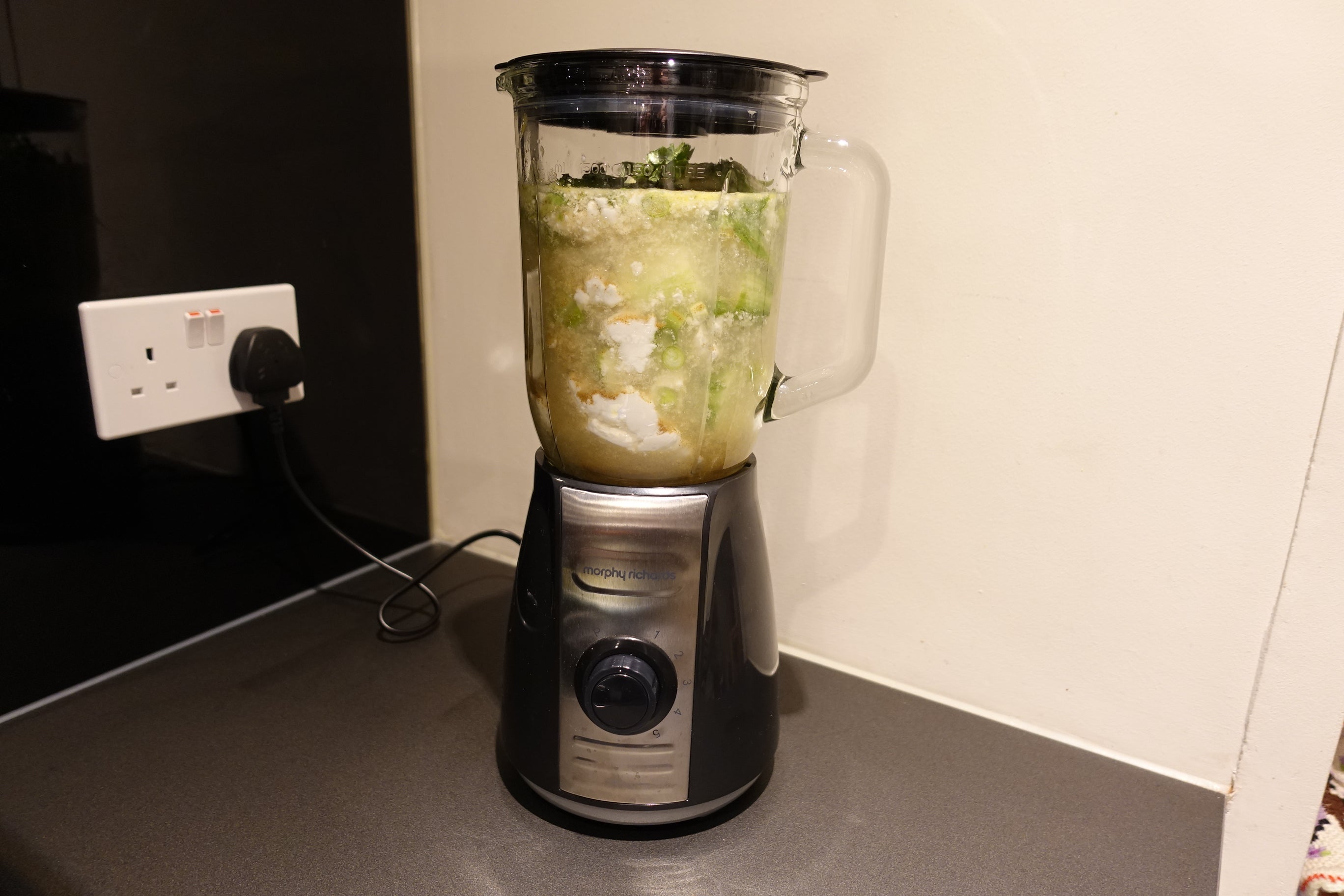 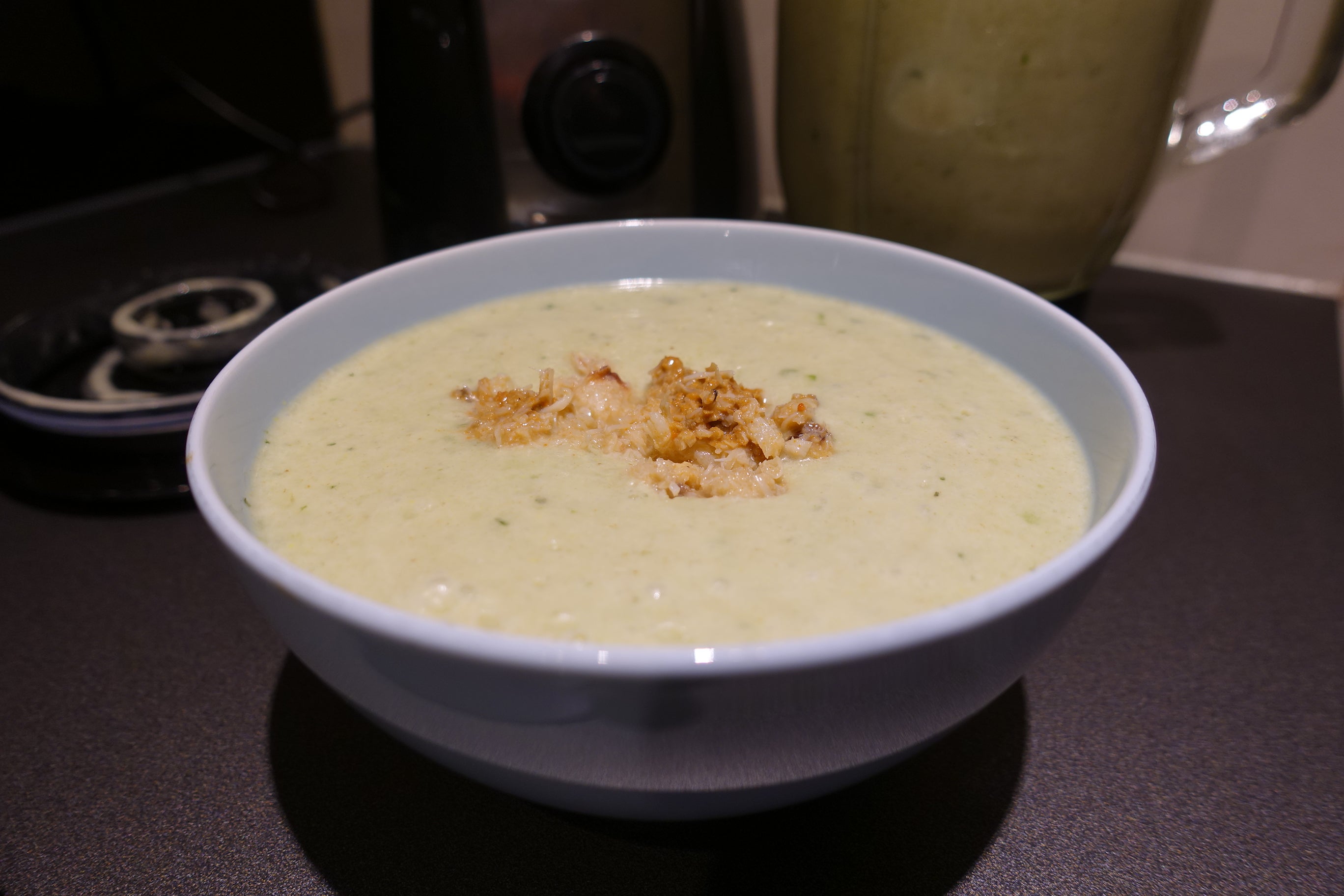 The manual doesn’t mention if the jug and the lid are dishwasher-safe. Nevertheless, both are easy enough to wash by hand with warm soapy water.

While this isn’t necessary for every clean, the blades can be separated easily from the jug by turning the inside of the base clockwise. The manual also suggests pulsing the dirty jug with some warm, soapy water, emptying it out then repeating and rinsing out. Even my first attempt was successful, making the jug much easier to clean. This method of cleaning would be especially handy if you’d left in a hurry after making a drink, with the remnants of the drink left to dry out a bit. 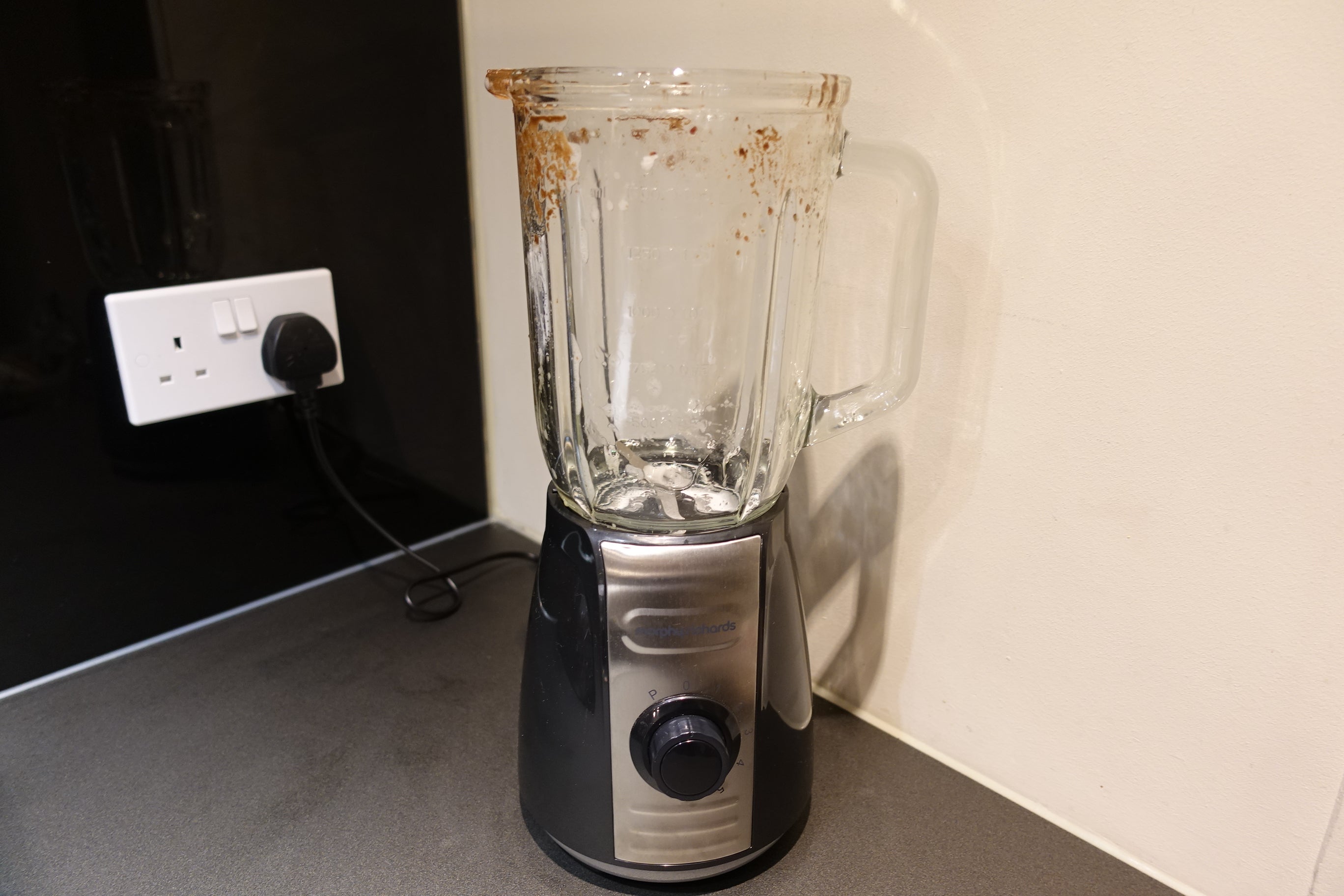 Should I buy the Morphy Richards 403010 Total Control Blender?

If you’re looking for a simple, affordable blender for smoothies and other food preparation, the Morphy Richards 403010 Total Control Blender gets the basics right and is super-straightforward to use.

However, if you’re seeking to regularly crush ice or blend ice-heavy drinks then you may be better off investing in a more powerful blender.