If you’re tired of the all-or-nothing performance of the average stick blender, meet the Total Control. It’s equipped with Smart Response Technology, which builds up speed gradually so blitzing food comes without the usual jerks and splatters.

Simply choose one of its eight speeds, squeeze the control button and let the blades do their work, which slow down steadily once you release it. More power comes in the form of a Turbo button while a host of accessories make pureeing, blending, chopping, crushing ice, whisking and mashing easy, plus there are storage lids for both containers.

While the Total Control isn’t rewriting the rulebook of stick blender design, there are some clever touches. For example, there’s a handy heel rest at the back of the motor unit, an ergonomic soft-grip silicon handle and a responsive Precision Control Trigger button that increases the speed with greater pressure and is situated close to the Turbo button so you can switch between the two with a thumb. On top of the unit, a rotating dial dictates the speed, so there are no other buttons to get in the way. 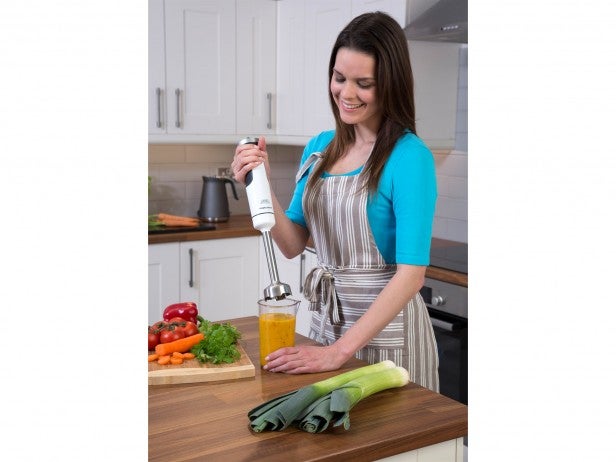 All the attachments push on and lock into place with a button at the back to release. The Total Control’s blending leg features a Serrator Blade (that stays sharp 12 times longer than standard blades apparently) configured with a pair of blades and two smaller blades at 90 degrees, with a removable twin Serrator Blade in the lidded chopping bowl. Its potato masher leg has been designed more like a ricer with plastic blades to force the potato through holes.  A whisk completes the range.

A handy notch in each part that connects to the main unit makes it simple to click each attachment in and get blending quickly. We started by using the masher leg with boiled potatoes.

Clicking in a separate gearbox to the main unit and adding the leg, we plunged it into a pan of drained cooked potato and butter and began to blend on speed 3.

Moving the leg around the pan for about 30 seconds, the lumps of potato began to disappear quickly, leaving behind perfectly creamy mash that was velvety and thick. A final stir with a spoon revealed no lumps left whatsoever. 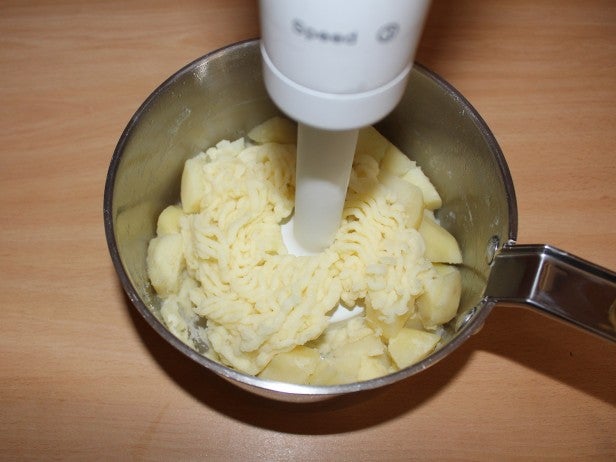 Next, we used the chopping bowl to dice a couple of small onions. We cut them into halves and added to the bowl with the blade in place. The lid pushes on in one motion and is also easy to remove with no twisting or locking into place.

Placing the motor unit on top, we began to chop on speed 7. This took a little longer than expected, plus larger pieces of onion spun away from the blades and needed a little tap to move them back to be chopped.

After several attempts at chopping, the final result was mostly finely diced but with a few small chunks left and the chopped onions of different sizes. While the onions weighed less than the stated maximum quantity the bowl could handle (200g), it may be that smaller amounts yield more consistent results.

Adding the second gearbox and balloon whisk attachment, we used the Total Control on speed 7 to combine a basic white sauce, made using a roux and gradually adding milk while on the hob. Here, the variable speed and controllability was useful as being able to slow down and speed up as the milk became incorporated helped to prevent splashes. The finished sauce was completely lump-free. 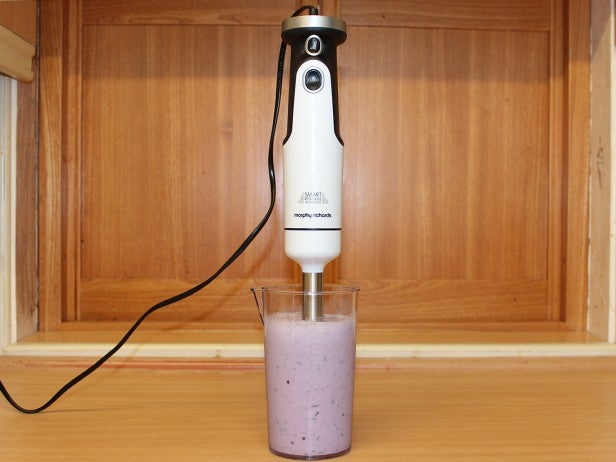 We finished by using the beaker and blending leg to make a blueberry milkshake with fruit, milk and ice cream. Placing the leg into the beaker, the instructions recommended using an up and down motion to help process the ingredients. However, the leg was prone to suction on the bottom of the beaker, so it was necessary to keep it slightly higher throughout the blending. It took less than the advised 20-30 seconds to blitz the milkshake and the resulting drink was frothy, smooth and of a good, thick consistency.

While none of the attachments are dishwasher safe, they’re effortless to clean by hand. We found it was best to clean some, such as the mashing leg, immediately as they had crevices where food could get stuck. 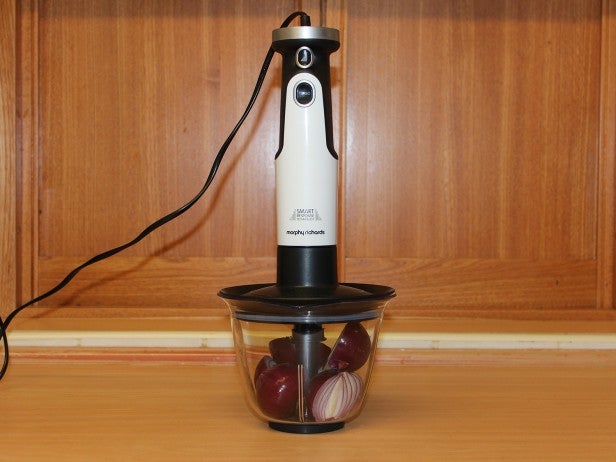 While most stick blenders come with one or two accessories, the Total Control Pro Set packs a lot in, making it great value and a smart all-rounder. It’s good to see that thought has been put into the attachments too, with a focus on functions you’ll use on a regular basis (eg chopping and mashing) rather than those you might only use occasionally. Fuss-free to use and clean, it’s still lightweight but with plenty of power, making it an ideal kitchen helper.

Whether this is your first hand blender or your latest, the sheer versatility of this set means it’ll be your go-to for almost any task.