Earlier this week we discovered a keyboard that is actually cool. Can we now same the same thing about an iPhone case? Yes… with reservations.


Chances are you have heard of Mophie. The California-based company has garnered a lot of attention in recent years having become obsessed with finding a solution to that most nigglesome of tech problems: smartphone battery life. Mophie focuses solely on Apple products and the latest addition to its so-called ‘Juice Pack’ range, the ‘Plus’, is arguably its most important product to date. 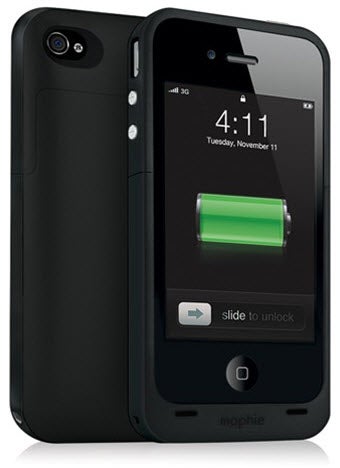 What gets us excited is the technical achievement. The Plus is currently only available for the iPhone 4, but it crams a 2000 mAh battery inside. To put this in perspective the iPhone 4 has a 1420mAh battery. On its own Apple claims the iPhone 4 is good for seven hours talk time on 3G or up to 300 hours of standby, six hours of 3G web surfing (10 hours on WiFi), up to 10 hours of video playback or up to 40 hours of audio playback. In isolation these sound impressive, and they are, but when you’re listening to music while surfing the web over 3G and running GPS in the background battery life goes down fast.


Consequently Mophie claims the Plus can more than double the iPhone 4’s stamina. It adds eight hours of 3G talk time, seven hours of 3G web surfing (11 on WiFi), 11 hours of video playback or 44 hours of audio playback. Essentially it is like having a second iPhone in your pocket when the first runs out. Furthermore at 70g it has a bearable weight premium. The reservation? It costs £89.95. 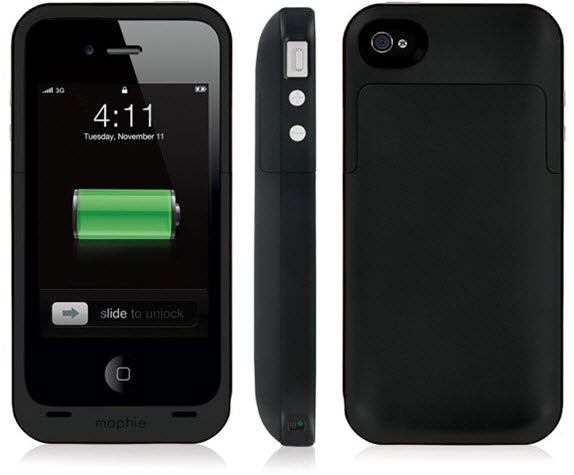 So how does Mophie go about justifying something that costs as much as two iPod shuffles? Thankfully in a number of ways. The first thing you’ll notice about the Plus is its construction. Mophie doesn’t market it as a rugged case, but at 18mm at its thickest point it is thinner than many rugged cases and tougher too. I suspect the reasoning behind this is the Plus doesn’t specifically cover the screen, instead using a bevel to protect it from falls onto flat surfaces. That said many rugged cases, including Tech 21’s famed iBand with d3o, do the same.


Secondly the Plus is very well constructed. It doesn’t just feel rugged, it feels good in hand. Mophie has used an injected rubber finish and the back is curved so, while bigger, it actually feels better to hold during phone calls. Obviously rubber also provides a better grip than Apple’s stylish, but somewhat impractical glass front and rear.


On top of this it is the little touches that impress…

Everything is done that little bit better. The iPhone slots snugly into the case. The top third comes off and the iPhone slides in with millimetre-precision. The inside of the case has a dock connector and the top of the case slides on top of the iPhone and locks with a reassuring click. It isn’t going to come apart without your help.


Around the edges of the case you’ll find replacement power and volume buttons (since the existing controls are covered), and gaps for the mute switch and headphone jack. In addition you’ll find slits just below the home button, these redirect the external speakers of the iPhone so sound is pushed upwards. The effect is subtle, but it does provide slightly more volume and casts audio a little wider. On the bottom right corner you’ll find an on/off switch which toggles the case charging on and off and a useful battery indicator button on the bottom edge. When pressed this illuminates up to four status lights to indicate the remaining charge in the case. A simple, but invaluable feature. 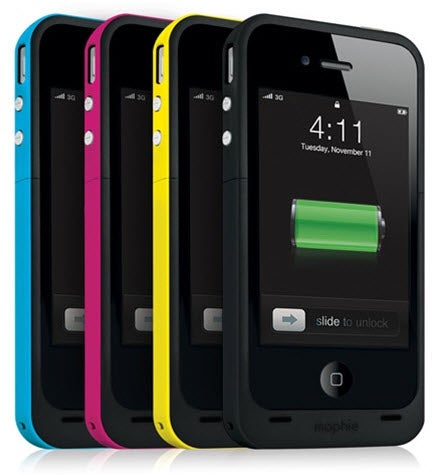 On the bottom left corner you’ll see a micro USB port. This charges the Juice Pack Plus case and the iPhone, but the clever bit is it charges the iPhone fully first before the case. Consequently there is no downside to charging the phone this way as opposed to using a regular dock. Your iPhone can now be charged with any standard micro USB cable too and it charges at the same rate as with a dock connector. Since the port can handle power and data the iPhone can happily sync with iTunes through the case.


What’s more the Plus lives up to its grand battery proclamations. You’ll get ”at least” two days of battery life on a single charge even with heavy use. This means over the course of 48 hours 4-5 hours of music listening, approximately two hours of video and web surfing, Spotify use and two hours of satellite navigation (we used the TomTom app). With light use the iPhone will make it through three days and if you switch off battery suckers like 3G, WiFi, Bluetooth and GPS it will see you through a working week. In short the Plus will make your iPhone last like your old dumbphone. 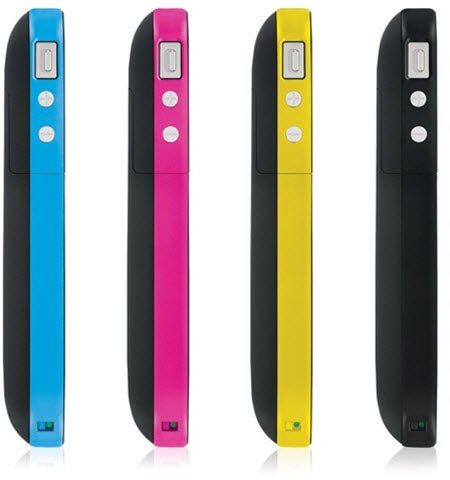 The problem is this doesn’t change the price. £89.95 is still a lot of money for a case. Especially since Apple changes the shape of the iPhone with such regularity meaning it isn’t likely to fit the iPhone 5. With the next iPhone due in June/July you’ll need to be locked into a long term contract or be a frequent long distance traveller to really justify the cost. Especially with Mophie selling the Juice Pack Air, a 1,500mAh variant (also 70g, but 1mm thinner) for £60.

It is hard to knock a product which achieves everything it sets out to do. The Mophie Juice Pack Plus is well designed, durable, full of clever touches and delivers on its lofty claims of doubling iPhone battery life. That said we can’t help but think almost £90 is a lot for an iPhone 4 case, especially when it is for a phone three quarters of the way through its life cycle. It’s a cautious recommendation, but value for money will depend entirely on individual circumstance.