If you spend a lot of time at your desk enjoying music through high-end headphones then you need a DAC (digital-to-analogue converter) in your life, and the Moon Neo 230HAD should be a serious consideration if you have the cash.

The Moon Neo 230HAD is a headphone amplifier and DAC that channels music from computers and other audio devices through its formidable arsenal of high-end electronics. “Why do I need a DAC when my PC has perfectly good 3.5mm jacks?”, you ask. Well, your PC’s sound card and audio outputs are most likely not high-end pieces of kit (unless you have a dedicated sound card), with cheap components causing a noticeable drop in audio quality for even non-enthusiast listeners. That’s why a DAC is so important if you want the best audio quality from your existing equipment, taking digital signals via USB and converting them into lovely, clean analogue away from the mess of interference that is your PC or laptop.

With a price of £1,150, it isn’t exactly a budget option. But considering headphone amps can sell for much more, the 230HAD could be seen as good value if you’re in pursuit of high-end performance at a more reasonable price.

Moon Neo 230HAD – Design and Connections

The design is esoteric but stylish. The thick curved faceplate is textured with an elegant, brushed effect, while the silver Moon logo and silver standby/input buttons are eye-catching touches. The top and sides have a coarser, dappled texture.

The large volume knob on the front turns smoothly but firmly, offering a more satisfying way of adjusting the volume than buttons. A central blue light fires up when you switch it on, while two columns of red LEDs on the left indicate the selected input – each one labelled to match the rear sockets – and the sample rate of the incoming signal. 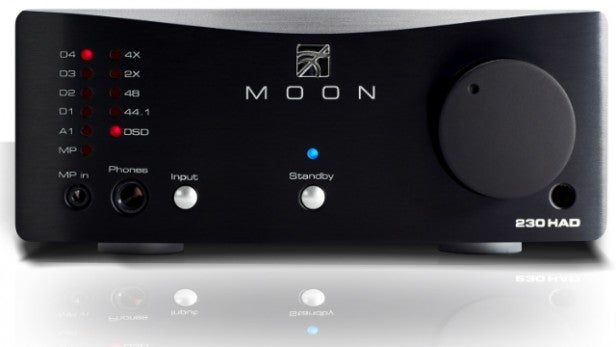 Three LEDs indicate whether it’s receiving a 44.1kHz, 48kHz or DSD signal, but for higher sample rates up to 384kHz, the 2x or 4x LEDs also light up. For example, if the signal is 192kHz, the 48kHz and 4x lights come on. Similarly, when playing DSD128 or DSD256 files, the DSD indicator comes on alongside the 2x or 4x light respectively.

All these lights make the front panel more cluttered and make interpreting what you’re actually listening to needlessly complicated – a screen would have been nice – but with that said it isn’t exactly difficult to use.

Also on the front panel are a 3.5mm analogue input for portable audio players and a 6.3mm headphone jack, ideally placed to plug in headphones and devices as you slog away at your desk.

The rear panel is well stocked with connections. There are four digital inputs – one optical, two coaxial and a USB-B port for your PC or laptop – plus a set of single-ended analogue RCA inputs. They’re joined by two sets of RCA analogue connectors offering fixed and variable output, which means you can use the 230HAD as a DAC and pass the analogue signal to an amplifier.

Controlling the 230HAD is a cinch whether up close or on the sofa. The input button on the front toggles through the six inputs quickly and the volume dial turns with a pleasing action. 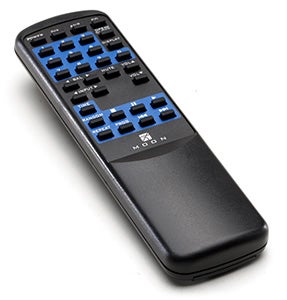 You also get a remote in the box, which is useful but looks like it fell out of a 1990s time capsule. The button layout is fairly cluttered and all the keys look the same, despite the addition of blue panels to differentiate the transport controls – for Moon CD players – and number keys. It’s certainly an old-school touch, but it’s probably time for a change.

I hooked up some headphones and headed straight for “Random Access Memories” by Daft Punk (88.2kHz/24-bit). When the dramatic intro to “Give Life Back To Music” kicks in, the 230HAD’s pedigree pours through the headphones with a rich, cohesive presentation of the guitars and synths as the track builds.

When the disco drums are let loose, they’re energetic and full-bodied, probing the low-frequency talents of the drivers. The kicks are tight and punchy and the bass line is solid, yet there’s lovely agility and accuracy in the notes. 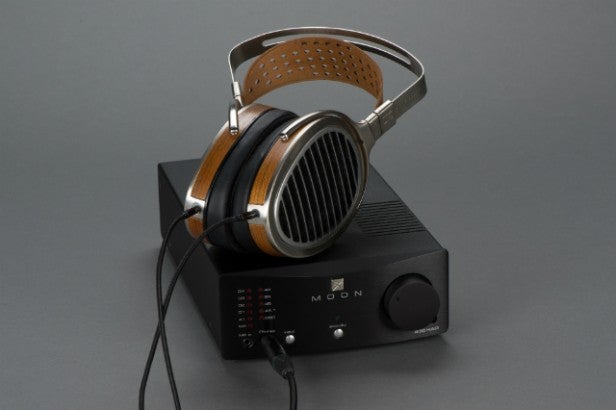 Bass doesn’t dominate the balance, however – the clear mid-range and silky treble are given equal attention. There’s tons of detail, with the 230HAD bringing attention to even the subtlest cymbals and effects. The level of refinement and insight here easily justifies the price tag.