There's no denying the value of the Moobox ProXT, with this indoor/outdoor wireless camera system costing a fraction of the price of its competition. If you need something basic for monitoring, then it does a good job, but the camera's image quality lags behind the best, particularly at night. Throw in the simplistic app and basic controls and you may find that you get flooded with alerts, too. All-in-all it's a decent, but unexceptional camera system.

Often, the biggest faff with getting a security camera installed is finding somewhere good where you have power. No wonder, then, that entirely wireless battery-powered cameras are growing in popularity. The downside is that they tend to be expensive, which is why the Moobox ProXT stands out at less than £100.

That price nets you a Full HD camera, wireless bridge to plug into your home network and seven days of free cloud storage, plus 16GB of local storage. With the camera an indoor/outdoor model, this seems like exceptional value, but the poor software and low-quality video massively detract.

Open the box up and Moobox ProXT looks similar to other wireless cameras that I’ve tested, such as the Arlo Ultra. The ProXT doesn’t quite feel as tough as Arlo’s cameras, but it’s well made enough and, at this price, it’s hard to complain.

The system comes as two parts. There’s the Hub, which plugs into your wireless network and then the main battery-powered camera that connects wirelessly through the Hub. Getting the hub online and connected is easy, and I soon had the camera charged via its micro USB port and connected to the hub, too.

Once you have the camera connected, you can install it where you want. There’s a metal ball mount that the camera can attach to magnetically, giving a huge amount of flexibility and movement to line up the view that you want. Just remember that the camera is fairly easy to steal like this, so you may prefer to use its screw mount for better fitting (you’ll need to buy your own mount). 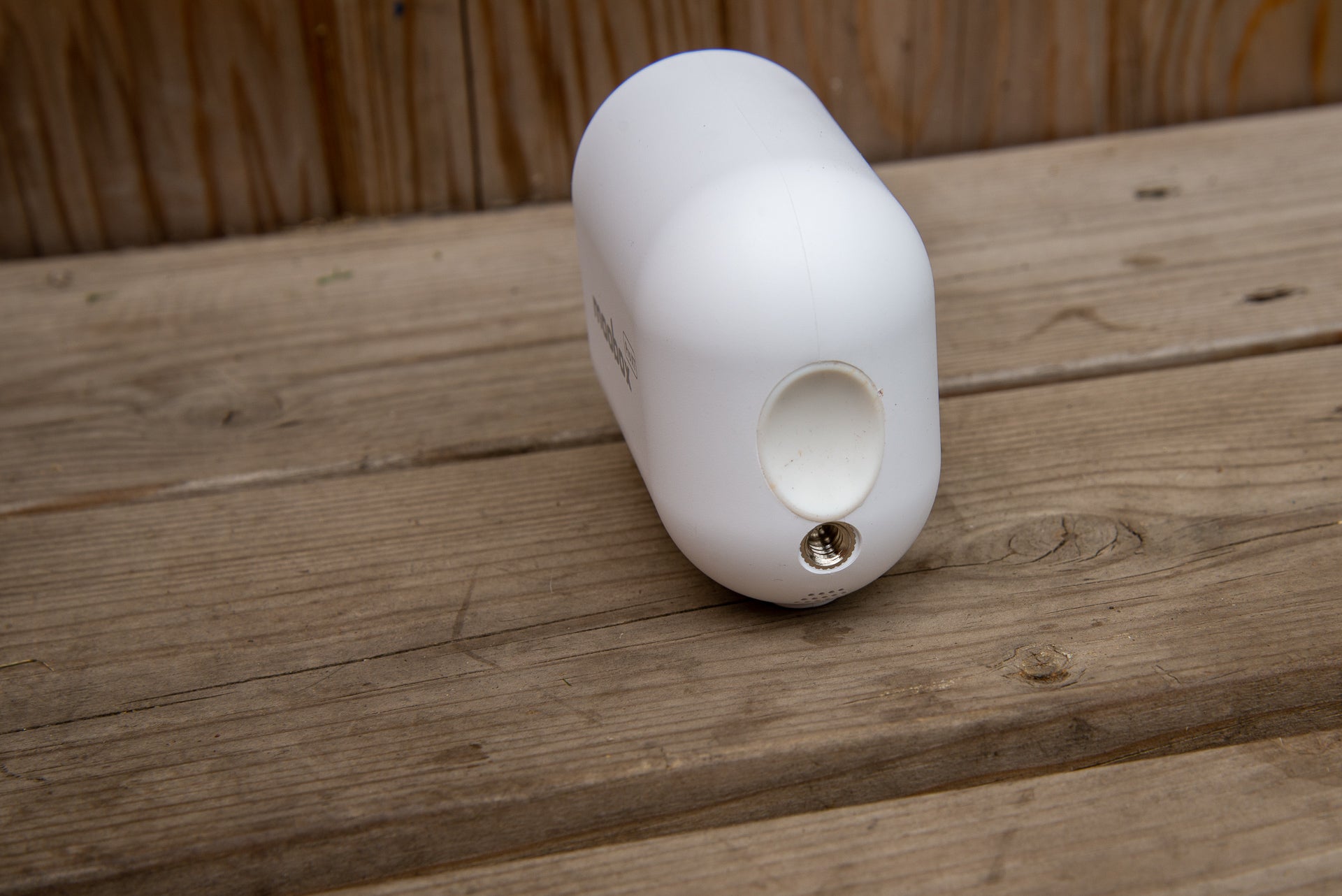 There are few configuration options in the app, so get ready for a lot of alerts

The Moobox app is one of the simplest that I’ve seen. From the app, you can start the live view to see what’s going on and use the two-way talk feature to have a conversation with whoever you can see. The camera is loud enough for conversations like this, making it a handy tool to scare off those who may be up to no good.

You can activate two-way talk through the app

There are few other options. You can configure the motion sensitivity for the camera’s PIR motion detection sensor (High, Medium or Low) but that’s about the scope of it. This model doesn’t have configurable motion detection zones, even if the camera is pluggged in.

The upshot is that, particularly outside, the Moobox ProXT generates a lot of alerts. I found that on High sensitivity, the movement of foliage blowing in the wind outside was enough to set off the camera.

You can manually turn off motion alerts or set a schedule for when the camera’s active, but it’s a shame that there’s not more control over the camera and you can’t adjust it. 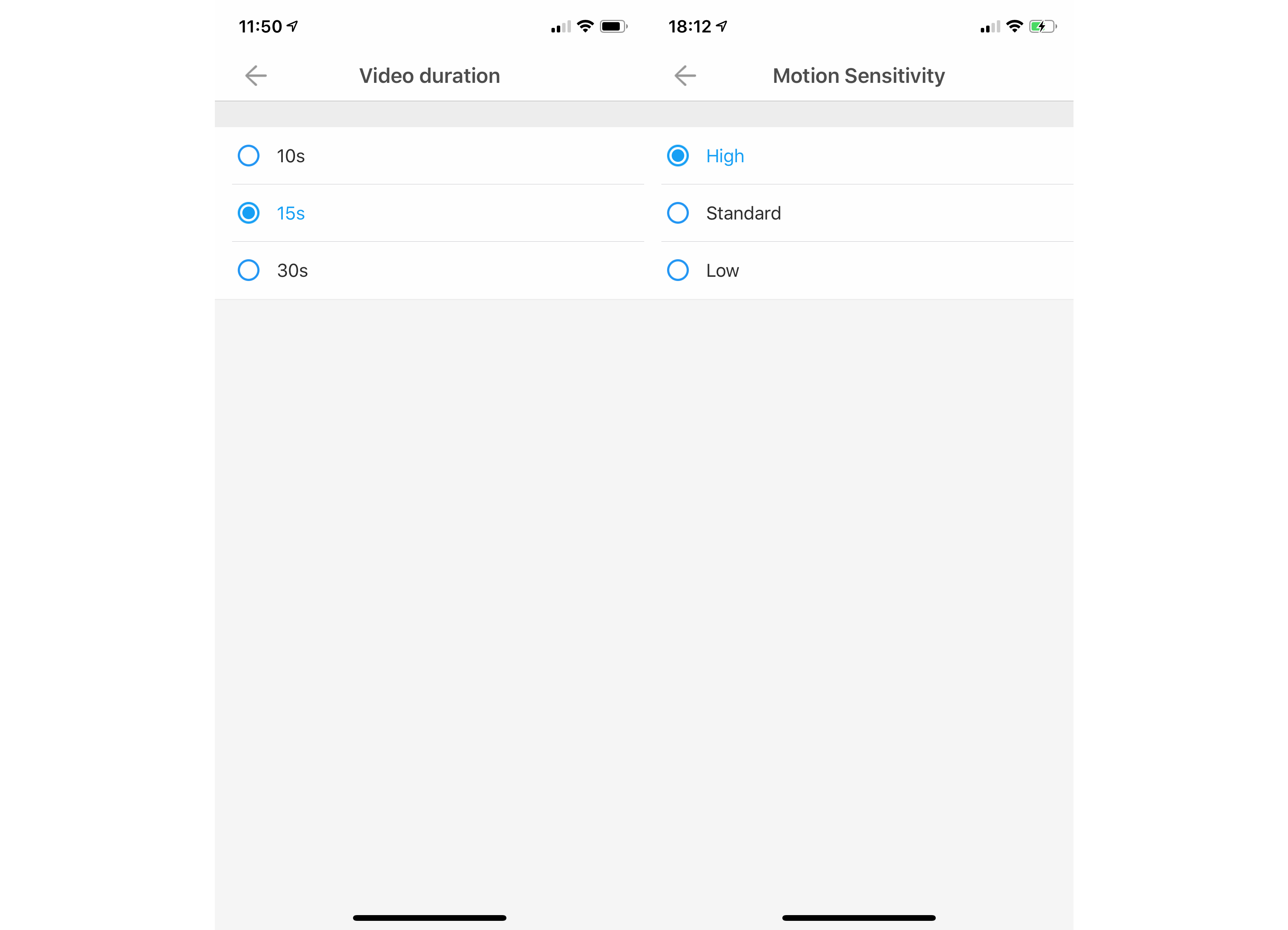 All of this can have a knock-on effect on battery life. Moobox claims that the ProXT can last for up to four months on a single charge, but this depends on how many motion events you get per day. Set up outside, we found that battery life declined by 7% in a week, so battery life should come in at just over three months in our home.

As well as having a basic app, the Moobox ProXT doesn’t have an Amazon Alexa skill nor a Google Assistant skill, so you can’t stream footage from the camera to a compatible display, such as an Amazon Echo Show.

The Moobox ProXT’s image quality lags behind the competition

Although you can choose the streaming image quality in the liveview, all footage is recorded simultaneously to the cloud storage and the internal SD card on the hub at a resolution of 1,920 x 1,080. You can toggle between cloud and internal storage in the app, but strangely internal storage doesn’t show you a thumbnail image. You can filter the footage by date, to make finding a clip easier.

Selecting any clip lets you play it, but there’s no scrub bar to move backwards or forwards through the clip, which is plain annoying. To do this you have to download a clip to your phone.

Although the footage is recorded at Full HD that’s not a guarantee of quality, as the level of compression and quality of the sensor all have a part to play. During the day, the footage was well exposed and the colour balance is very good, but the high levels of compression smooth out all of the detail in a shot. While you can tell the difference between people, it’s hard to spot finer detail and make out faces as well as on other cameras that I’ve tested. 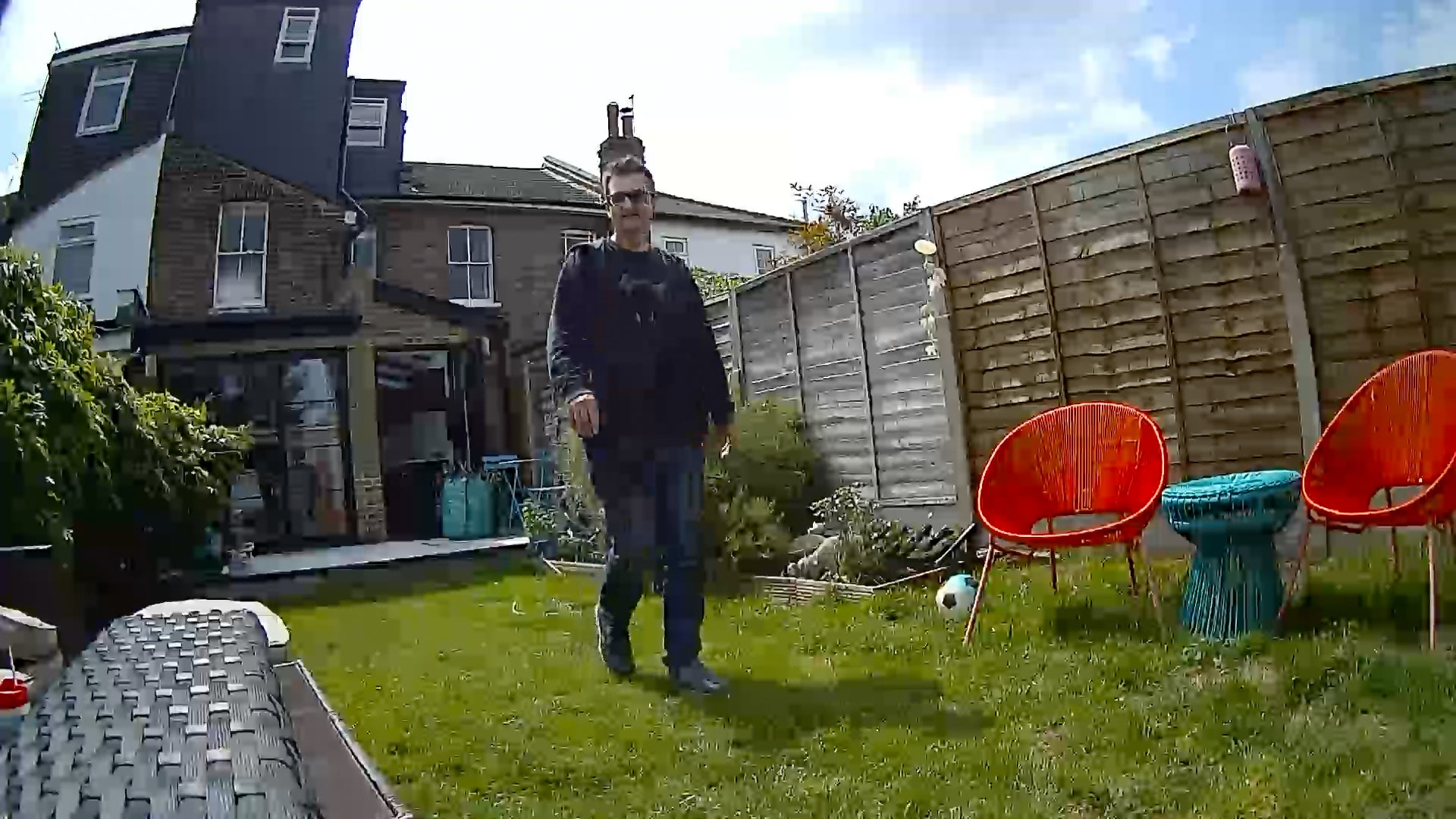 At night, the Moobox ProXT turns on its IR LEDs to light up the night. They have enough range, but the footage recorded was very poor on our sample. It was grainy, there was very little detail and we couldn’t make out a person. Again, the competition is better. 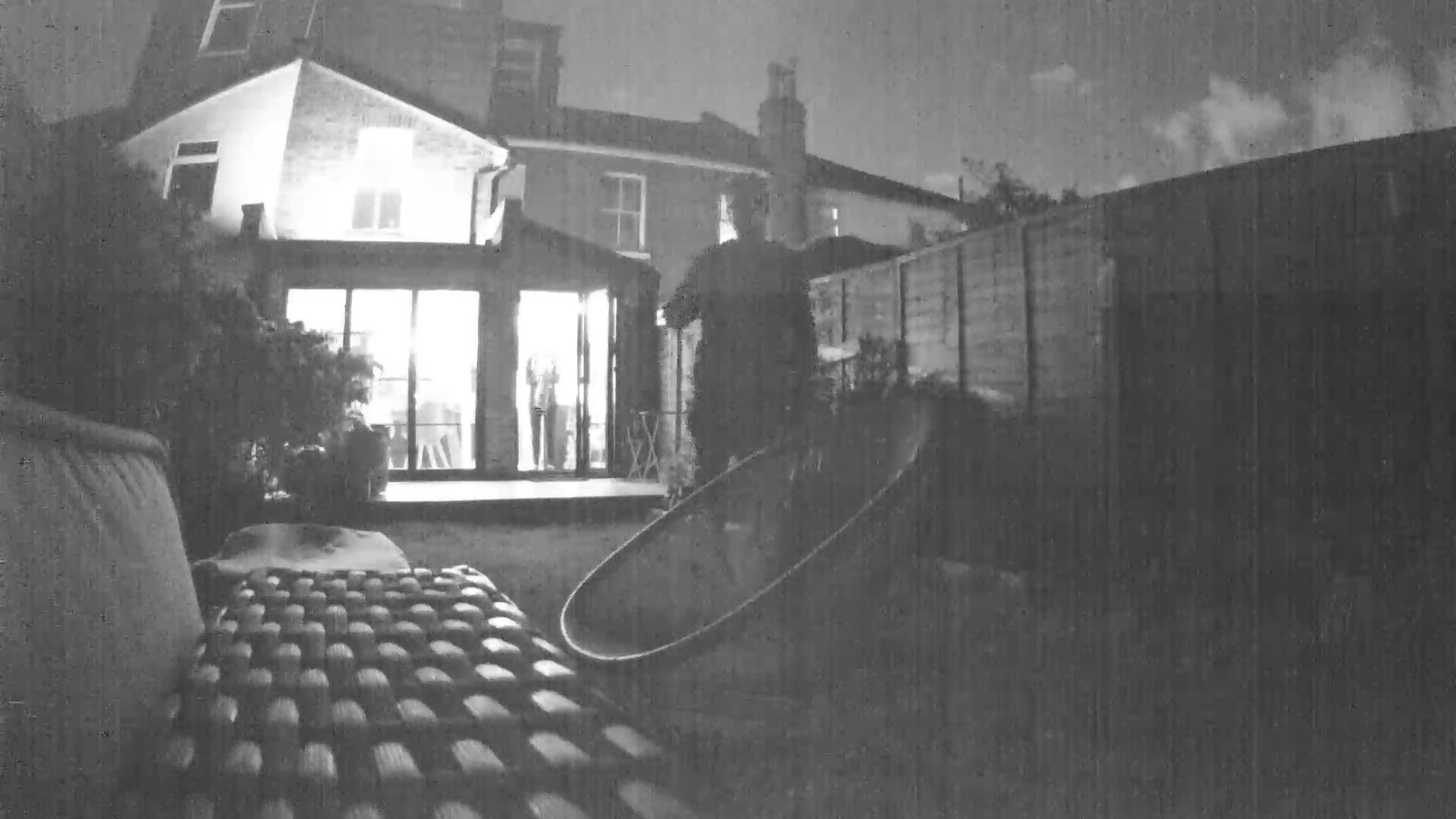 At night, movement gets blurred so it’s hard to work out any detail

Should I buy the Moobox ProXT?

On the one hand, the Moobox ProXT is exceptionally cheap and there’s not a wireless camera system that can compete on price with it. Given that the camera is an indoor/outdoor model as well, that price seems even better.

While the price is good, the usability and features are not so good. Without motion configuration, the camera can generate a lot of alerts, so you have to place it carefully. Even so, nighttime vision is poor compared to the competition, missing out details in the moving image. As such, for basic use, the Moobox ProXT works well if you’ll use it primarily inside, but I recommend spending a bit more on the Nest Cam Outdoor or Arlo Ultra.