Hands-on with the Monster SuperStar Blaster

Remember the good old days when gentlemen wearing tracksuits, giant sunglasses and gold chains carried huge boomboxes blasting music for all the world to hear? What a time to be alive.

Monster is attempting to bring back the “good old days” with its new SuperStar Monster Blaster – a 21st-century boombox it showed off at CES 2016.

This goes against the current tide of diminutive Bluetooth speakers, some of which are great but none of which will exactly come with the bone-rattling bass that Monster likes. 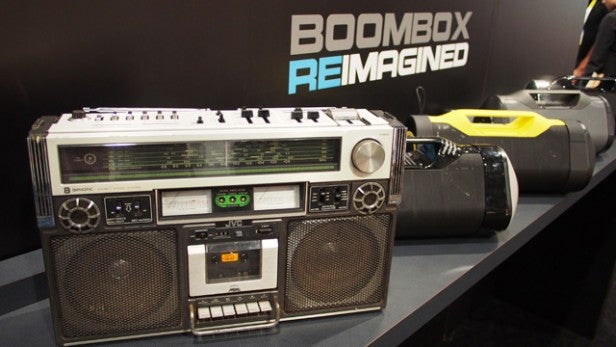 The Monster SuperStar Blaster looks good, but, aside from the chunky carry-handle, it bears little similarity to those boomboxes of the ’80s that had such an impact on hip hop. In fact, the basic version is rather understated.

Where you’d find dozens of knobs and switches on an old-school boombox, you instead have a tasteful metal mesh – all buttons are kept at one end. These are minimal too, with power, volume up and down, and Mode being all that’s on offer. It makes sense, since most of the work will be done by the connected phone or media player. 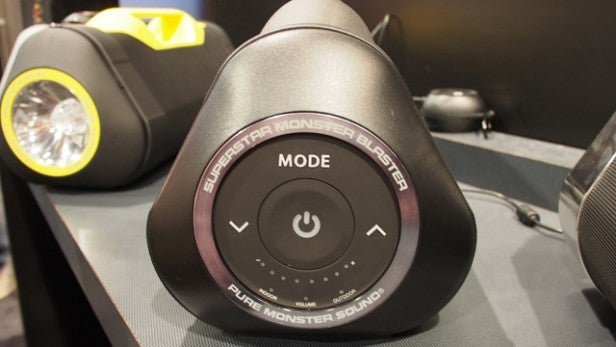 On the opposite side the ports are covered by rubber. Peel away this water-resistant layer – Monster claims the Blaster can withstand a little of the wet stuff, but it isn’t IPX certified – and you have the power port, 3.5mm input jack and a USB socket for charging your phone or tablet on the go. There’s also a 3.5mm mic input, so the Superstar Blaster can be used as a PA system for some impromptu rap battles.

Of course, this is 2016 so you don’t need to physically connect a media player to the Blaster – it comes with Bluetooth for streaming music and NFC for pairing easily with compatible phones. 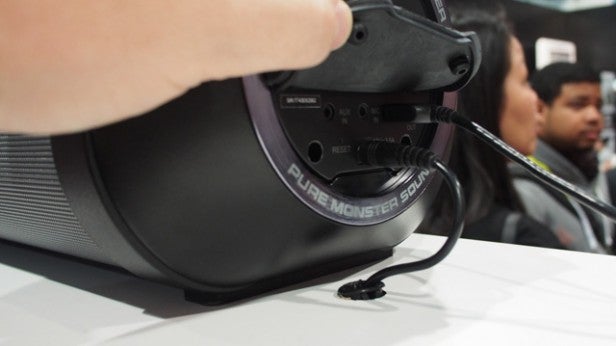 Speaker drivers are placed on both sides of the Monster SuperStar Blaster and the angular design means these fire at a slight upward angle. This makes sense if you’re planning to rest the boombox on its thick rubber legs on the floor. The rear drivers can also reflect off a wall for extra-meaty bass – an effect Monster calls ‘V-Sound’.

And it is all about the bass. I turned the Blaster up to max volume and it impressed both with loudness and deep, throaty bass. This is no shrinking violet.

Power comes courtesy of a rechargeable battery built into the boombox, so there’s no need to carry boxes full of D-cells any more. Monster claims the SuperStar Blaster’s battery can last up to eight hours on a single charge at a “reasonable” volume, or around three hours at full blast. 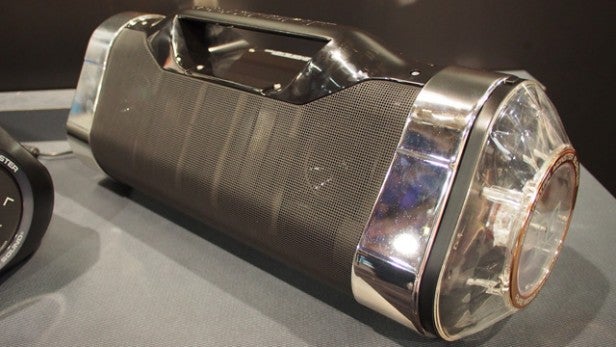 There will be a range of models, including one with a built-in torch and others with blinging lighting effects, but prices for those are yet to be confirmed.