What are the Monster iSport Freedom On-Ear Sport?

The new Monster iSport Freedom On-Ear Sport headphones are an updated model of the original version launched in 2013, offering a sleeker design and the addition of a touch-sensitive control panel.

Otherwise, like its predecessor, the iSport Freedom On-Ear Sport includes sweat-resistance and Bluetooth connectivity to allow you to work out without restriction.

Monster has done a good job updating the design of the iSport Freedom. Gone are the slightly garish silver accents on the outside of each earcup and along the headband. Monster has also done away with the strange accordion-style hinge.

The predominantly black and fluorescent yellow-green colour combination gives the headphones a sporty edge, as well as making it easier to spot you if you’re wearing the headphones running at night.

For headphones at this price point, they do still feel rather plasticky, though, and there are a few too many sharp edges for my liking. The headphones at least feel like they’ll withstand the rigours of exercise, especially  since they’re sweat-resistant and can handle being wiped down after a gruelling session. 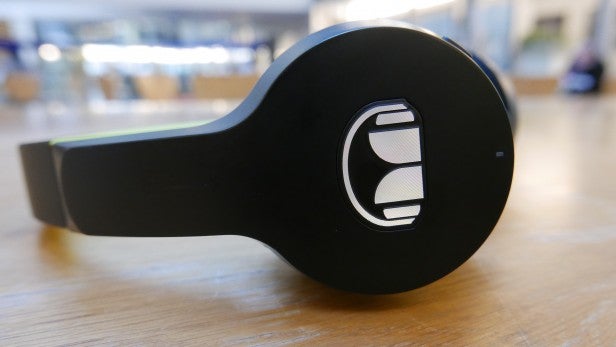 Above the right ear cup, along the bottom of the head band, you’ll find the touch-sensitive control panel. This lets you slide your finger up and down to adjust volume, tap to play and pause, or double- or triple-tap to skip tracks.

The volume controls worked well, but I found the tap controls incredibly hit-and-miss – mainly because you need to tap quite a specific area. Some sort of tactile marking would have improved matters.

The left earcup has a 3.5mm jack that you can use with non-Bluetooth devices, or as a fallback option when the built-in battery runs out. The right earcup has a micro-USB port for charging, as well as letting you connect the headphones to a computer for USB audio use. 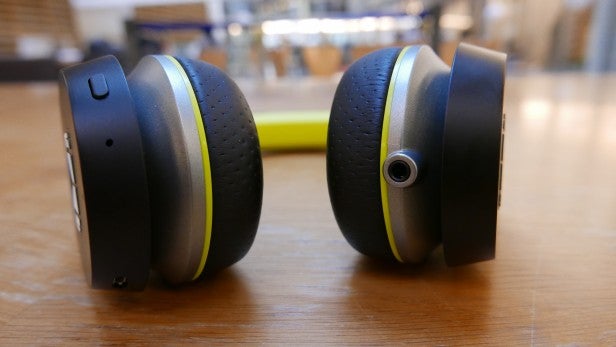 The iSport Freedom are rated for 24 hours of playback, which is down from the original. Still, that’s plenty.

There’s also a power/pairing button, which you have to hold for an annoyingly long time in order to switch the ‘phones off.

The on-ear design means they rest on your ears, rather than enveloping them. There’s a respectable amount of padding to each ear cushion, but my ears did still feel a tad bruised after a long listening session. In fairness, to stay locked to your head, the headband does need to exert a degree of pressure.

The headband also has a reasonable amount of cushioning on the underside. The headphones are lightweight, so you don’t feel them resting heavily on your head. 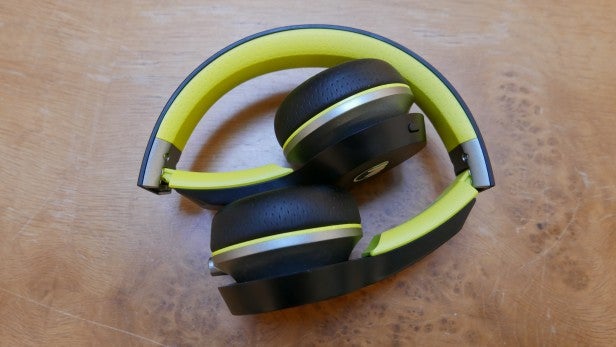 While the headphones never fell off while I ran or lifted weights, they did feel a little precarious at times, so they occasionally proved distracting. I wouldn’t wear these for more explosive movements, such as olympic lifting.

When not in use, the headphones collapse down to a more transportable size, which is perfect for throwing in a gym bag. A travel pouch is included.

I found the iSport Freedom a little too thin in the bass department, which is surprising for a pair of sports headphones. More often than not, such headphones are tuned towards the low frequencies because there’s nothing like thumping bass to get your heart racing.

With the iSport Freedom I found my usual gym playlist of hip hop and electronic lacked the needed energy in the low-end, while mids sounded a little recessed. It doesn’t help that there isn’t much in the way of passive noise isolation, meaning you can still hear your environment. If you’re a road runner then this could be seen as a good thing for situational awareness, but in the gym you probably want to block out the surrounding noise. 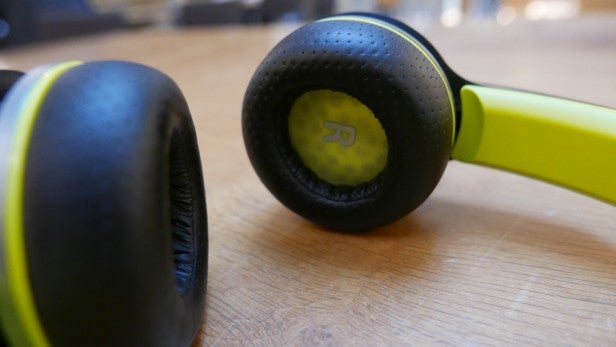 You’re able to crank the headphones up to a surprisingly high volume, but the treble begins to sound really harsh and uncomfortable. For headphones at this price, the sound is rather underwhelming, but does just enough if you simply want music to keep you entertained and distracted while you exercise.

The built-in microphone used for hands-free calling worked well and picked up the sound of my voice without any problems.

Should I buy the Monster iSport Freedom On-Ear Sport? 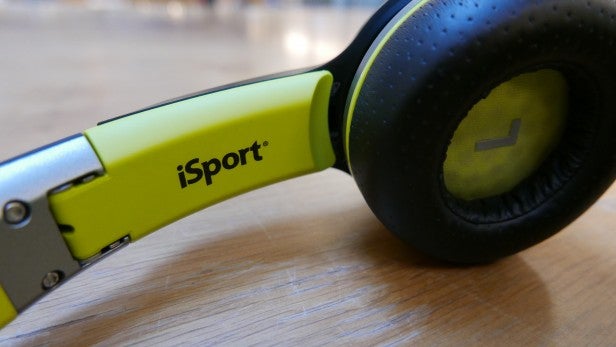 The new iSport Freedom On-Ear Sport improves over the original in terms of design. These look far more attractive, but the same shortcomings remain evident.

Sound quality is lacking and, ultimately, they’re still expensive for what you’re getting – even if they are cheaper than the original at a launch.

Still, if you’re dead set on on-ear headphones for exercising, these do a solid job in terms of comfort.

The new iSport Freedom On-Ear Sport have an improved design but sound quality is still lacking.