So enough tricks, what about the sound quality of the WS100? The good news is it is excellent and the benefits start at source because like the i-deck 200 the WS100 spots an integrated DAC and audio is cleaned up before it even hits the drivers. A quirk of the system is this works best wirelessly as the (usually fairly substandard) chipset can be bypassed entirely over SKAA, but not using auxiliary cables. That said either way the addition of a DAC makes a significant difference to audio processing by polishing low quality tracks and bringing out the best in high quality ones and we’d like to see more manufacturers integrate them. 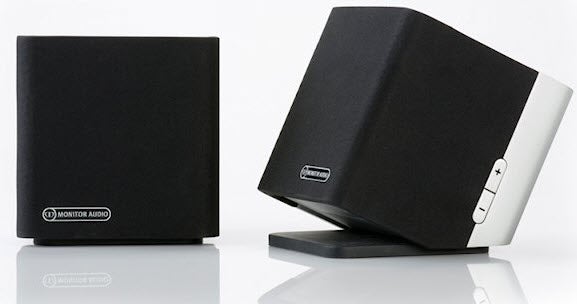 So the source is clean as can be, but the real stars of the WS100 are the 3in C-CAM (ceramic-coated aluminium/magnesium) cone bass driver and 3/4in C-CAM gold dome tweeter found in each speaker. Monitor Audio quotes their combined frequency response as 80Hz-25KHz and the total 60W output is less relevant than the impressive 99.5dBA each speaker can produce at a distance of one metre. This translates as more than enough to fill the average living room and while the absolute maximum volume isn’t perhaps quite as window shaking as we might have expected there is also no distortion with controlled delivery holding sound quality together beautifully.

Furthermore the bonus of the desktop speaker arrangement over a dock is the one metre cable between each speaker allows them to be placed a reasonable distance apart for some decent stereo separation. Those living in the dock world will have forgotten what a difference clear left and right channels can make, particularly to the high quality audio sources provided by the DAC. In addition SKAA streaming works brilliantly. There is no lag (something which haunts AirPlay users), no trouble streaming even the highest bitrate lossless files and we heard no drop-outs during a full day’s listening. 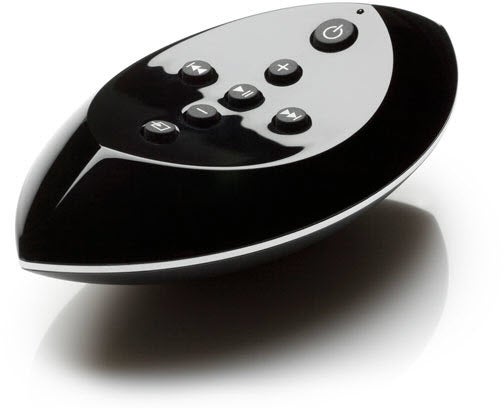 Where some may feel a little discontented are bass levels. The WS100s certainly aren’t bass light, especially for a 2.0 speaker set, but they also aren’t as bass heavy as you might expect. The most obvious comparison is the https://www.trustedreviews.com/bose-companion-20_Peripheral_review Bose Companion 20 which, while lacking some of the detail of the WS100s, does pack considerably thicker bass and a higher maximum volume. This makes the Companion 20 more of a instant crowd pleaser, but which you prefer to live with long term will come down to individual taste.

When it comes to pricing things get tricky. On the surface the WS100 very competitively priced at £250 – it provides a wide feature set, excellent sound quality and the flexibility to add further WS100 speakers into your setup at any time. The flip side is the Companion 20 can be found online from £170 and if you simply want a great sounding pair of booming 2.0 speakers it is the better option. 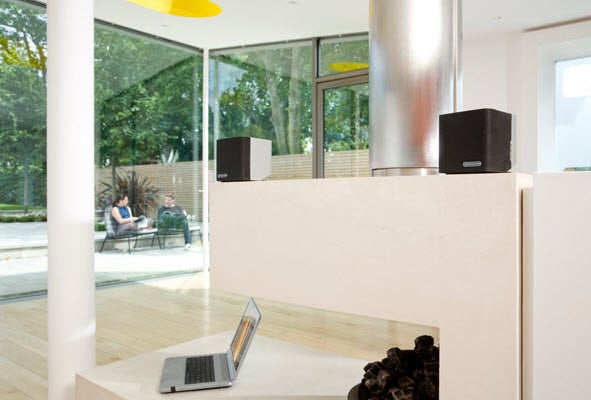 The real spanner in the works, however, is Monitor Audio’s own (frequently aforementioned) i-deck 200 because it is now retailing for a quite frankly ridiculous £139, which less than the cost of manufacture. This is down from an original RRP of £400 as the company clears out stock after Apple unveiled the Lightning connector. Side by side the i-deck 200 easily outperforms both the WS100 and the Companion 20 and while it may lack wireless connectivity, https://www.trustedreviews.com/apple-airport-express-2012_Peripheral_review AirPort Express or Audio Pro WF100 lossless wireless dongles can be bought to tally for roughly the same asking price as the WS100.

We like the WS100 a great deal. Monitor Audio has combined cutting edge SKAA wireless connectivity with high class audio to produce an exceptional pair of desktop speakers which are equally happy in a kitchen or under the TV as sat next to a computer. Add to that SKAA’s ability to pair with as many as four sets of WS100s and there is expandability in there too. Against this is a little less low end performance than some may want and, more problematically, the irony that the reduced price of Monitor Audio’s own i-deck 200 makes it the better option.